Accessibility links
How Shopping Malls Are Adapting In An Online World Shopping centers across the country are trying to adjust to fierce competition with the rise of online retail. High-end malls are offering amenities like meditation rooms and VIP sports lounges as they try to keep customers coming through the doors.

Traditional shopping malls took a big hit after the economic collapse. Problems at big retailers Sears and J.C. Penney — two of the biggest mall tenants — could signal even more troubles. 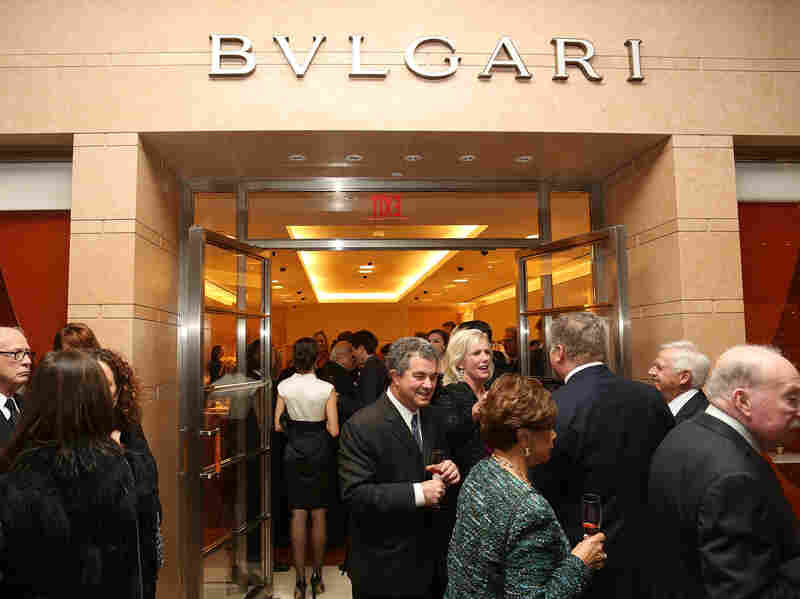 South Coast Plaza's Bulgari hosted a benefit in Costa Mesa, Calif. Offering amenities like a meditation room, this mall is among the most successful high-end shopping centers in the country. Ryan Miller/Invision/AP hide caption 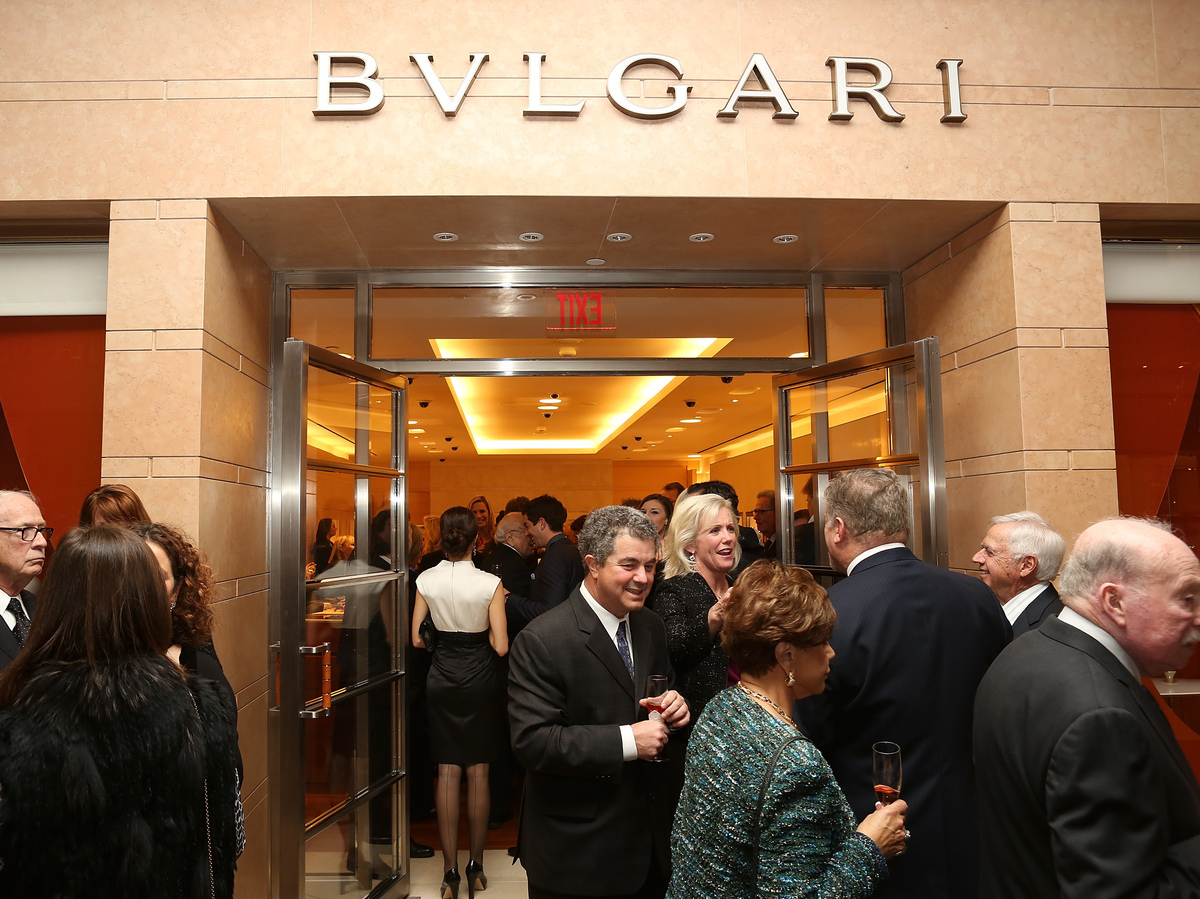 South Coast Plaza's Bulgari hosted a benefit in Costa Mesa, Calif. Offering amenities like a meditation room, this mall is among the most successful high-end shopping centers in the country.

But malls are trying to adapt. As online shopping grows, things are getting more and more competitive out in the real world of brick-and-mortar retail.

The South Coast Plaza in Costa Mesa, Calif., shows just how competitive the mall business can be. The Orange County shopping center is one of the most successful high-end malls in the U.S., and it offers all kinds of amenities to lure customers: There's a VIP lounge for frequent shoppers, translators for 60 different languages and a meditation room.

There's even a "gentleman's room," with a TV showing sports all the time, says Debra Gunn Downing, executive director of marketing at the mall. Men can sit there and have a glass of wine or a beer.

"I can't walk through here without a million things on my mind about what could be done better, what we need to do next," she says. "I hope they dusted the top of the ornaments, because that's something that has to be done. The poinsettias, if there's one leaf wilting or one flower wilting, it has to be pulled out and replaced."

Howard Davidowitz, a retail analyst and consultant, says these kinds of high-end malls — with stores like Nordstrom and Bloomingdales — are winning.

"The other malls — which typically are two anchors, lower-end malls, smaller stores — they're doing terrible because those customers are shopping at Family Dollar, Dollar General, Dollar Tree," he says.

Davidowitz says there's no denying that retailers in malls are hurting in part because of a move to online shopping. Increasingly, spaces left by struggling retail stores are being filled by health clubs, doctor's offices and restaurants — "because that can't be affected by online shopping," he says.

But even with online sales growing every year, malls are still at 90-plus percent capacity. Jesse Tron, with the International Council of Shopping Centers, says people have been predicting the death of the mall since its inception.

"Catalog shopping was going to kill traditional brick-and-mortar sales," Tron says. "There's still absolutely going to be need for brick-and-mortar presence for the most successful retailers. What that might mean is that it's a little bit less in terms of the amount of space that they need, but they'll still need space."