Accessibility links
Mashing Up Holiday Favorites For The 'Thanksgivukkah' Table The second night of Hanukkah is converging with Turkey Day this year, forming a rare and delicious holiday that's being called "Thanksgivukkah." 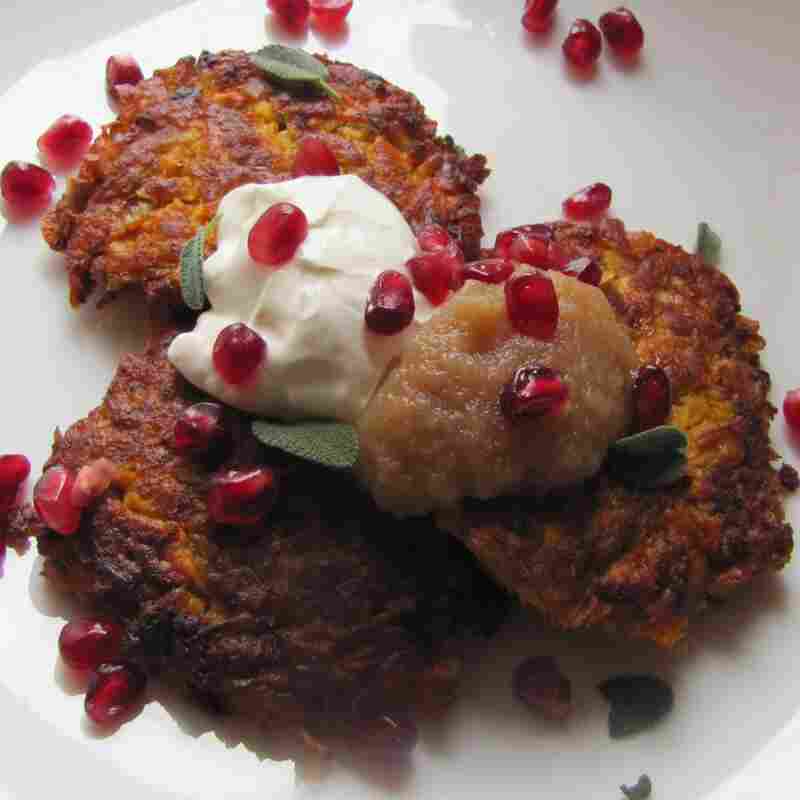 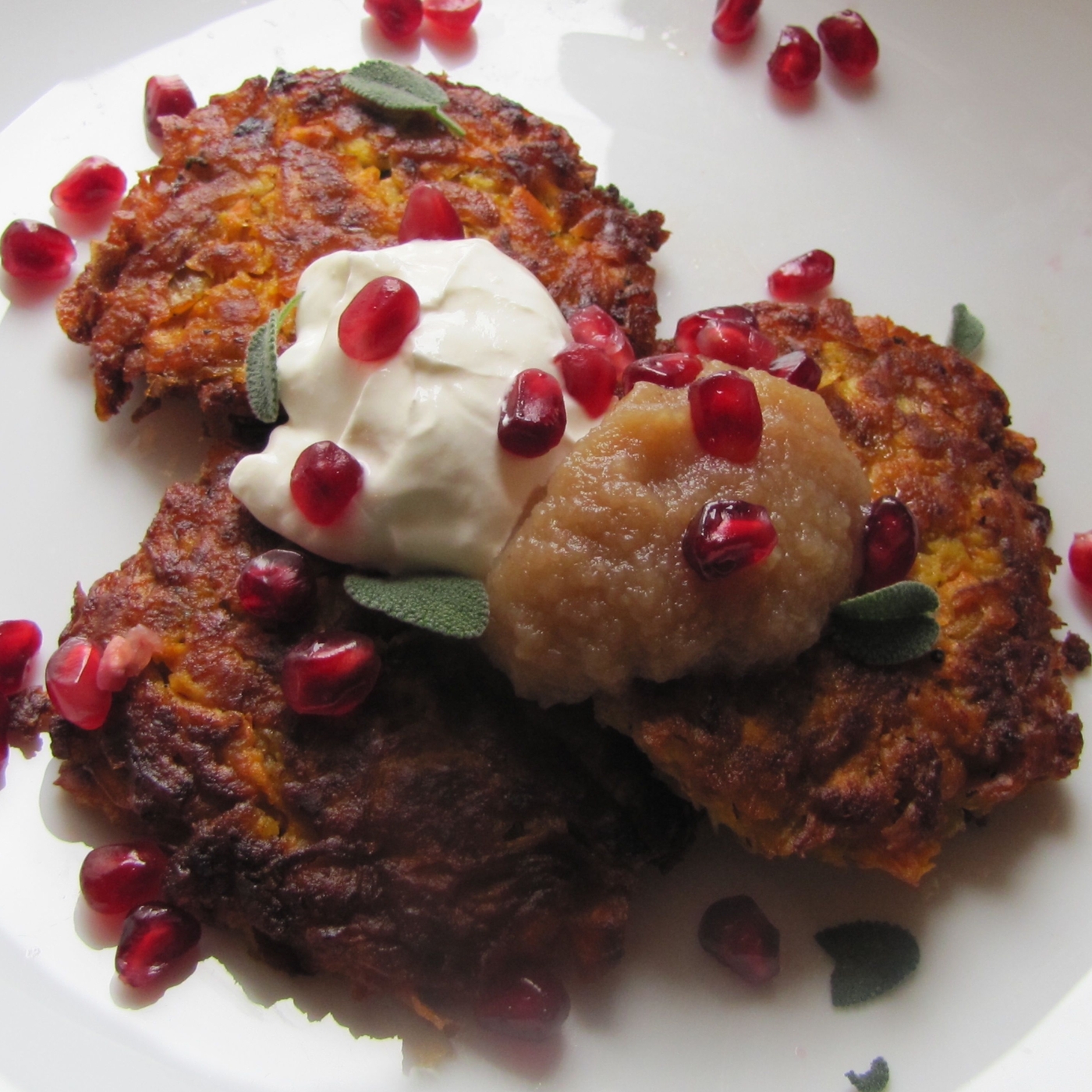 The second night of Hanukkah is converging with Turkey Day this year, forming a rare and delicious holiday that's being called "Thanksgivukkah."

As if cooking a 15- or 20-pound turkey isn't enough, many families will be trying to add traditional Hanukkah foods to the table. Joan Nathan, one of the country's foremost authorities on Jewish cooking, has some ideas on how to elegantly combine the two holidays: sweet potato latkes with celeriac root and apple (recipe below), ginger cookies decorated with menorahs and turkeys, and even kale salad with olive oil.

For the record, Nathan does not advocate the deep-fried turkey, even though foods cooked in oil are common on the Hanukkah table. And she warns against getting carried away with new recipes on Thanksgivukkah.

"People want to see those same tired recipes," she tells Michel Martin, host of Tell Me More. "Maybe a little bit spruced up. But that's what makes your family different from my family."

Note: Even though this year is the unusual convergence of Hanukkah and Thanksgiving, I am not going to find a Hanukkah substitute for my 100-year-old mother's sweet potato casserole with marshmallows, a standard at our holiday feast. But I will add, perhaps, a spinach or Swiss chard fritter for Thanksgiving and on another night of Hanukkah I will make these sweet potato, celeriac and apple latkes for my family.

Sweet potato, celeriac root, and apples lend a Thanksgiving twist to this Hanukkah staple. To achieve the crispiest latkes, remove as much of the liquid as possible from the grated potatoes, onions, and apples, and be sure to fry the latkes in hot, but not smoking, oil. I like to use as little flour as possible and test a few latkes to see if they stay together before adding more.

1 apple, such as Granny Smith, cored and unpeeled

Using a grater or food processor equipped with the grating blade, coarsely grate the potatoes, celeriac root, apple, and onion. Place the grated foods together in a fine-mesh strainer or tea towel and squeeze out all the liquid.

To the grated mixture add the egg, 3 tablespoons of flour, thyme or marjoram, salt, and pepper. Add more flour if necessary to make the mixture hold together.

Heat a griddle or non-stick pan and coat with 1/8th inch of oil. Take about 3 tablespoons of the potato mixture in the palm of your hand and flatten to a circle 3 inches in diameter. Carefully slide the latke into the oil, then flatten with a large spatula and fry for about 5 minutes or until golden. Flip the latke over and brown the other side. Remove to paper towels to drain. Serve immediately with cranberry applesauce, creme fraiche or sour cream.