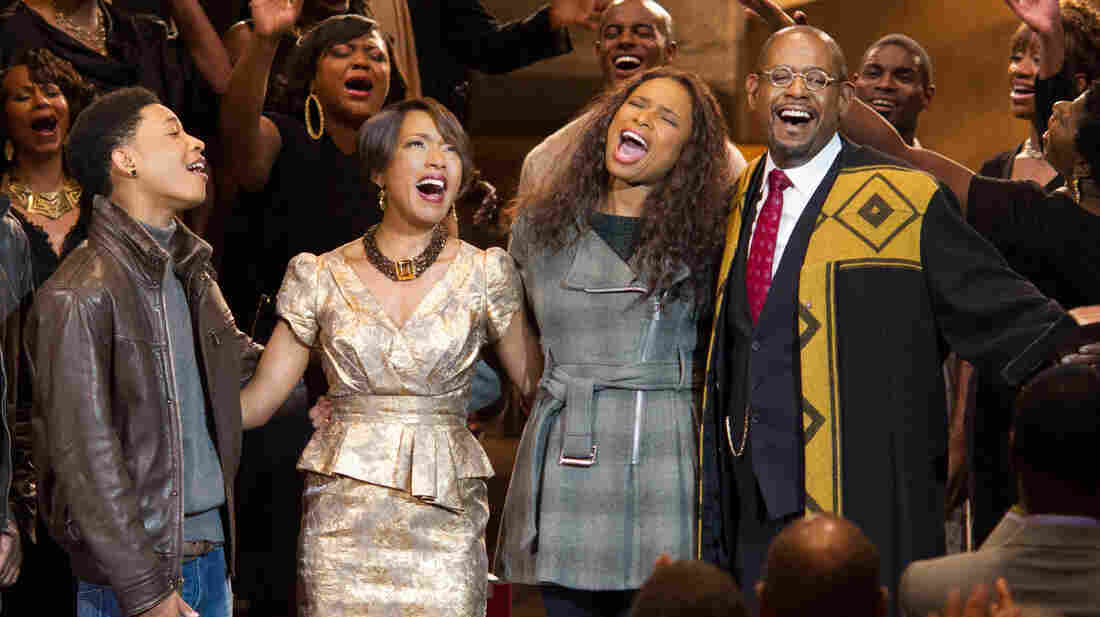 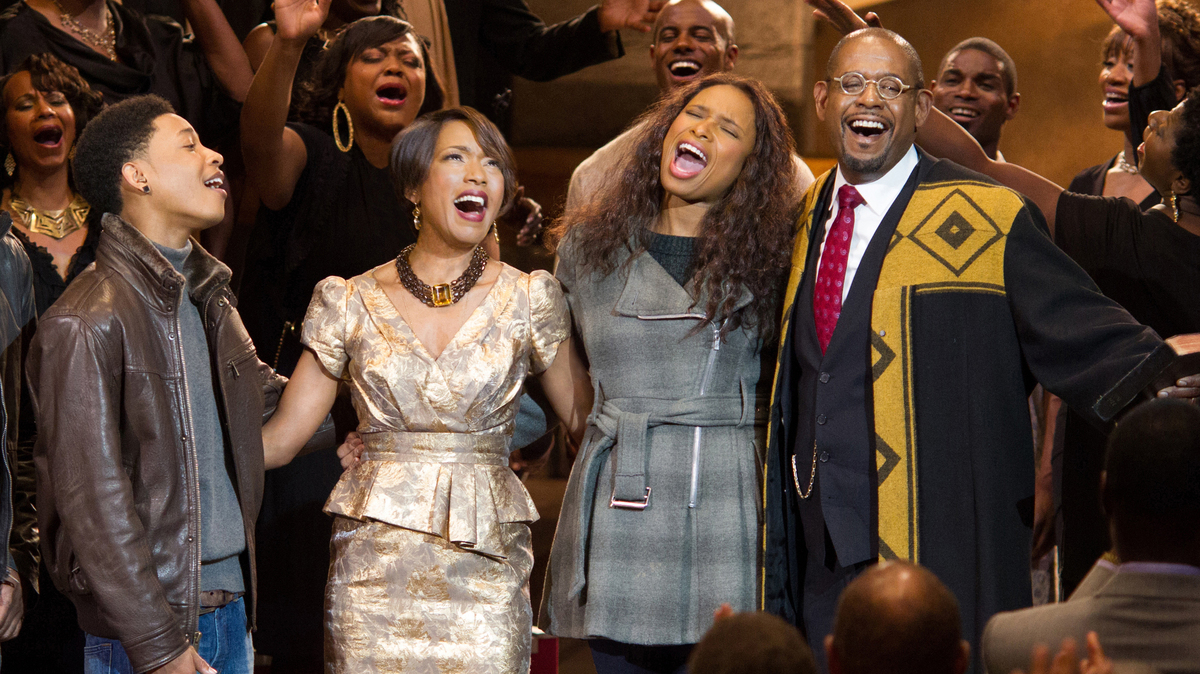 Rated PG for thematic material, language and a menacing situation.

Like Eve's Bayou, her best-known movie, Kasi Lemmons' Black Nativity presents a child's view of a troubled family. The latter film is sweeter and slenderer, but that's only to be expected: Black Nativity is a musical, after all, as well as a credible attempt at an African-American holiday perennial.

The original Black Nativity is a gospel-music oratorio, conceived by poet Langston Hughes and first performed in 1961. It pairs the Christian Nativity story with traditional spirituals and African drumming.

Hughes' play is part of Lemmons' movie, but the writer-director has added a framing story and some new songs. The tunes were composed in part by the pop-soul performer and producer Raphael Saadiq, with some of the lyrics penned by Lemmons.

The story begins in Baltimore, with a prodigal daughter and her son. Naima (Jennifer Hudson) hasn't spoken to her parents in about 15 years, and the boy she named — what else? — Langston doesn't know his grandparents. Now eviction looms, so Naima puts the kid (Jacob Latimore) on a bus to New York, where her mother and father live.

Grandpa is the starchy Rev. Cornell Cobbs (Forest Whitaker), who presides over a church in Harlem. Grandma is the warm, understanding Aretha Cobbs (Angela Bassett), who worries about her estranged daughter and grandson and sings in the church's Vegas-style gospel choir.

Both Whitaker and Bassett do their own singing, quite credibly; indeed, those who don't share the current taste for vocal gymnastics might prefer those performers' numbers to Hudson's Dreamgirls-like exertions. 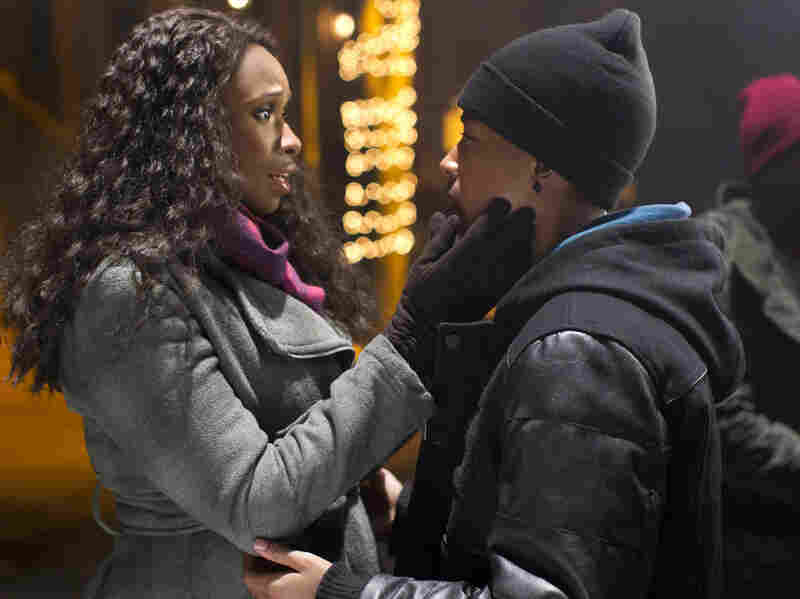 The movie adds a framing device to Hughes' story --one in which Naima (Hudson) sends her son (Latimore) to live with his grandparents after she falls on hard times. Phil Bray/Fox Searchlight Pictures hide caption 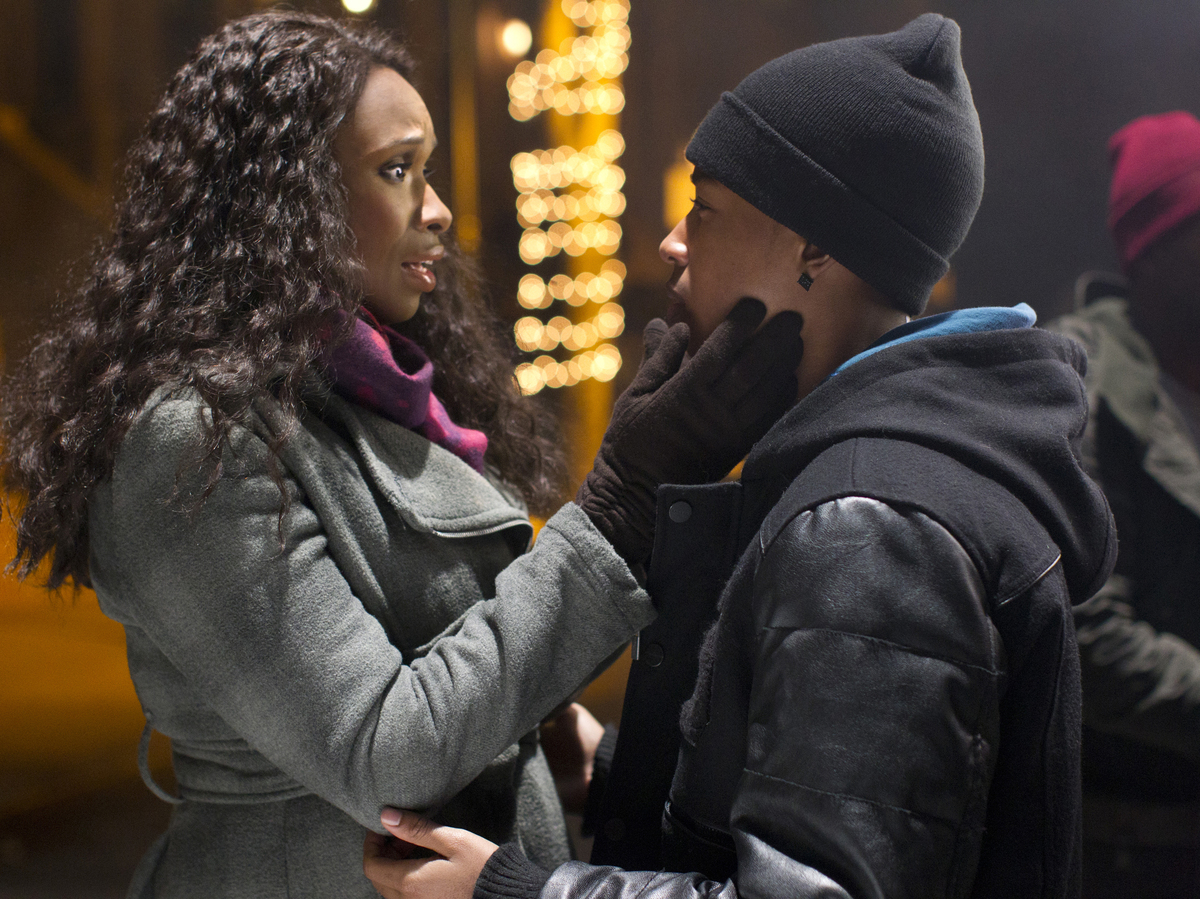 The movie adds a framing device to Hughes' story --one in which Naima (Hudson) sends her son (Latimore) to live with his grandparents after she falls on hard times.

Once he's arrived in Manhattan, some implausible mishaps send Langston straight to jail. Cornell quickly bails the boy out, but not before he meets Loot (Tyrese Gibson), a potential tutor in crime.

Most of the rest of the action takes place at the Cobbs' memento-stuffed brownstone — Langston likens it to "a black people museum" — a nearby pawnshop or the church. At that last location, Christmas Eve means a performance of Hughes' pageant, an annual tradition that draws an interracial crowd, including what seem to be a few gay couples.

A fairy-tale vision of inclusiveness, sure, but then even the movie's most wretched characters glow in the Harlem lamplight. A homeless couple, including an upbeat pregnant woman, happily harmonizes on "Silent Night." Only the Baltimore scenes (which were shot in New York) feel dingy and hope-deprived.

Black Nativity takes a stagey approach that often feels too broad for cinema. So of course the major characters regularly break into song, and all of them coincidentally arrive at the church for a climactic round of revelations and recriminations.

It turns out that Cornell owes everyone an apology — although his misdeeds pale next to those of the preacher in Red Hook Summer, another tale of a restive boy sent to New York to live with his pastor granddad. In Spike Lee's film, the old man is a sexual abuser, but when Cornell proclaims "practice love," there's no double entendre.

In the movie's wildest sequence, the preacher gives a jivey reading of the Gospel of Luke while Langston falls asleep and dreams that he's in ancient Jerusalem, with the homeless couple now in the roles of Mary and Joseph.

Purists may object, but this is squarely in the tradition of African-American gospel interpretation. It's also, like the rest of Black Nativity, utterly sincere.