Accessibility links
'It's Hard To Stay Patient': A Conversation With John Mayer In a special Thanksgiving broadcast, Mayer chats with NPR's Ari Shapiro about fame, family, Montana and George Clooney, and performs songs from his new album, Paradise Valley. 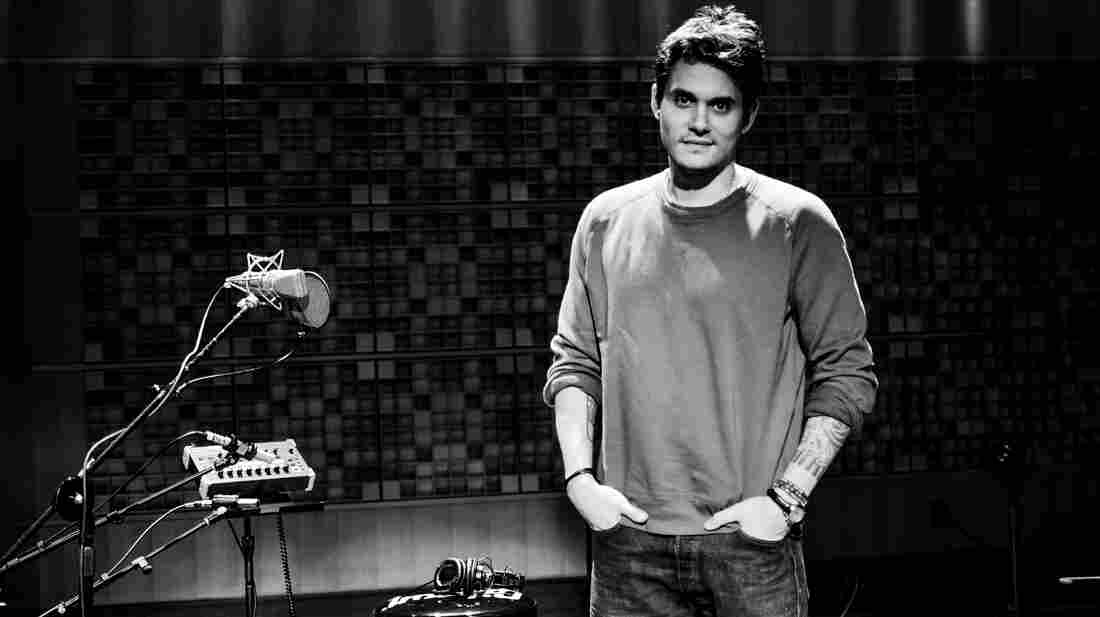 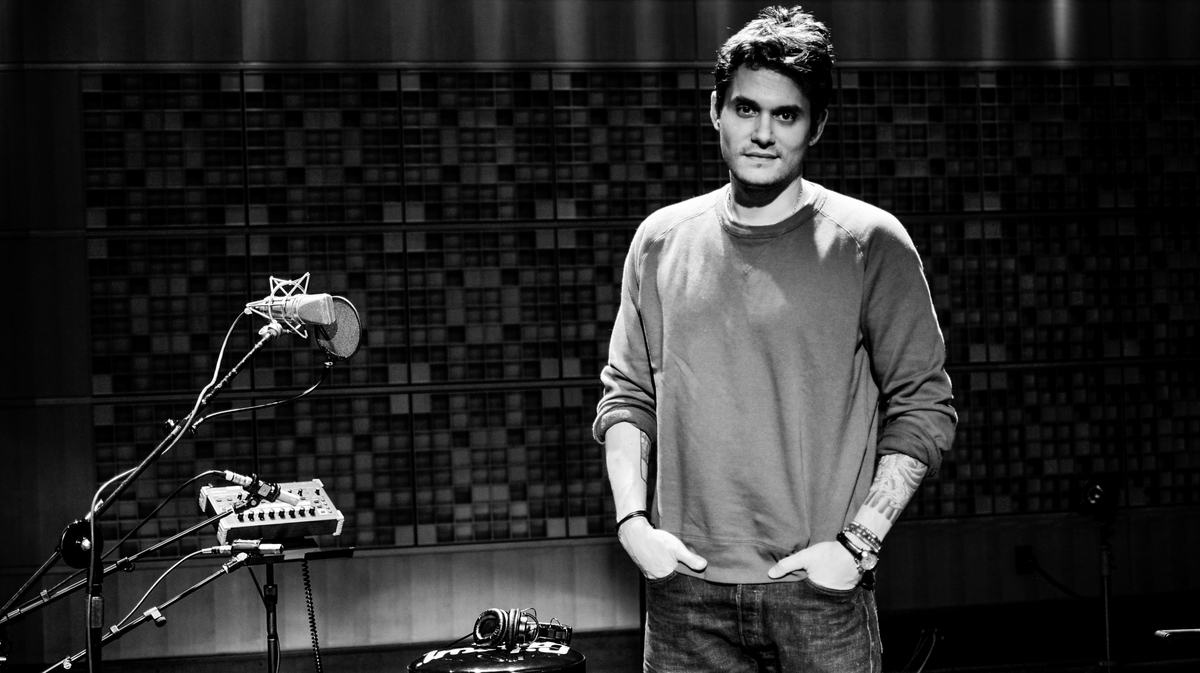 John Mayer has a lot to be thankful for this year, including his return to the stage. A Grammy winner and a multi-platinum seller, Mayer is one of the most successful musicians of the past decade-plus — but a few events in his life have left him uncharacteristically quiet of late. He took a break from press after a pair of controversial interviews in 2010; not long after, he underwent surgery for damage to his vocal cords and had to stop speaking and singing publicly for more than a year.

Mayer's new album, Paradise Valley, is named for the place in Montana where he now owns a home. The change in scenery, he says, has a lot to do with the way his newest songs sound: relaxed, nostalgic, with a hint of longing for a quieter life than the one his fame has afforded him.

Video: 'Waitin' On The Day'

Unpacking "Waitin' On the Day"

"That's been the theme of my entire career, really," Mayer tells NPR's Ari Shapiro. "Basically, I don't know how to reconcile this job I have as a musician with this desire to be a guy who stays at home. I even tattooed it on my arms: 'Home Life,' as some sort of 'Thug Life' alternative."

Mayer says the self-aware tone of Paradise Valley may not translate into sales ("You may have to go someplace like Montana to get this record" he quips), but that an artist can benefit from resisting an obvious hit once in a while. He points to one of his favorite movie stars, George Clooney, as a case in point.

"He really knows how to mete out the work that he does," Mayer says. "The serotonin that courses through your brain when you think about George Clooney is mostly due to those decisions: making a blockbuster movie and then making labors of love, and being patient with your career, being patient with your gift, being patient with your time. It's hard to stay patient. The only thing that sort of keeps me going is looking back at the historical data of the artists that we now absolutely love, whilst forgetting huge pockets of time that their records weren't successful: Neil Young, Frank Sinatra, Bob Dylan, Crosby, Stills & Nash, Joni Mitchell, Tom Petty."

In this Thanksgiving broadcast of All Things Considered, Mayer joins Shapiro for a special extended chat, featuring acoustic performances of music from Paradise Valley and some in-depth discussion of his life and career. Hear their full conversation at the audio link.