Accessibility links
In Memoir, Linda Ronstadt Describes Her 'Simple Dreams' Ronstadt recently revealed that she has Parkinson's disease and can no longer sing. Her memoir, Simple Dreams, reflects on a long career. In this conversation with Fresh Air's Terry Gross, she offers frank insights on sex, drugs, and why "competition was for horse races." 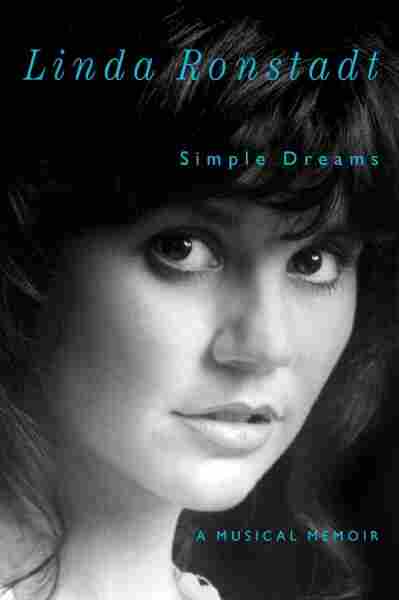 This interview was originally broadcast on Sept. 17, 2013.

With a career that spans rock, pop, country and everything in between, Linda Ronstadt knows no genre, only what her voice can accomplish. Her most famous recordings include "Heart Like a Wheel," "Desperado," "Faithless Love," and many more. But Ronstadt recently revealed that she has Parkinson's disease and can no longer sing.

Her memoir, Simple Dreams, reflects on a long career that was ended by the disease years before it was diagnosed. Her conversation with Fresh Air's Terry Gross finds Ronstadt offering her frank insights on sex, drugs, and why "competition was for horse races and it never belonged in art."

On letting go of perfection in the studio

"It's always like that when you record: You always think that you can do a better [job]. You know, the whole thing with recording is you have to know when to turn off the tape machine and just stop recording because you want to keep fixing, fixing, fixing, you know? In those days, we didn't fix anything."

On why she never got married

"The culture supports serial monogamy, and I think I had plenty of that, and I think I was reasonably monogamous in a serial way. But I'm not a good compromiser. I think I don't have the knack for that kind of compromise. I admire people's marriages, and I think it's a wonderful thing to have, but I don't think it's the only way to live. I think there are many ways to live and many ways to establish intimate support in your life that can be from family or friends or great roommates that you like. It doesn't have to be someone you're sleeping with. I figured that out pretty early on; that was sort of how I felt. I was trying to sing; I was never trying to get married. I think you have to be pretty deliberate about getting married."

On the other female artists she admires

"I always thought competition was for horse races and it never belonged in art. I never felt that competitive with other girl singers, really. I admired them; if I really admired them, I would try to find a way, if it was appropriate, to figure out a way to sing with them. I liked Maria Muldaur when I first started out. Now, there was somebody who was really sexy on stage. In fact, Janis [Joplin] admired her, too — she loved her. And I got to sing with Maria a little bit. It was really fun; we got to do some harmonies together.

"Mainly, when I ran into Emmylou Harris, that was it, you know? We could finish each other's sentences musically, and personally, too. We have a very shared, similar sensibility. And that was a friendship that really opened up a tremendous number of musical doors for me."

On sex and vulnerability

"Men are very delicate. They don't like being rejected. I mean, the whole game of sex, it's difficult. I feel sorry for everybody. You really put yourself on the line, it's a tremendously vulnerable position to be in, and we have this biology that drives us in this direction, and we have this culture that puts all these stupid rules on it. Puritanical, idiotic, rigid structure around it that doesn't have anything to do with nature, and it's a wonder that anybody ever gets laid or has a baby."

On wanting to leave Capitol Records

"I just didn't think they really got who I was, and to their credit, how could they know? Because I was still shaping who I was; I was morphing into something. It took me 10 years to learn how to sing, really, and to figure out who I was stylistically. But I had always loved Hank Williams, and I had always loved country songs; I could play them on the guitar because there were three chords. I liked singing them and they were good harmonies and they had great sentiment. Again, I had this manager that said, 'That's too country for rock or too rock for country; you'll never sell any records.' But I liked those songs, so I sang them."

On her avoidance of drugs

"I'm a person who is too sensitive for drugs. I'd smoke pot and I'd be hopelessly confused and hungry and sort of paranoid and want to hide under the bed. I just felt like I couldn't cope. If I tried to do it on stage, I couldn't remember the words, and I thought, 'Well, who needs this?' And cocaine just made me real jittery and made me really nervous and talk really fast, and I talk fast enough already. And also, what I'm really truly addicted to is reading. I love to read, and reading was my hedge against boredom on the road, because you're always just flying on a plane or riding on a train or riding on a bus, and it's just endless hours of boring travel, and I always had a book. I was never bored, because I could always find out something really interesting. If I tried drugs, I couldn't remember the sentence I had just read. It just wasn't a thing that worked for me."

Read an excerpt of Simple Dreams