Accessibility links
When Most U.S. Forces Leave Afghanistan, Contractors May Stay Should the Afghan government sign a security agreement, the U.S. plans to keep as many as 9,000 American troops in Afghanistan even after the U.S. and NATO's combat mission officially ends late in 2014. But the remaining U.S. troops will almost certainly be outnumbered by civilian contractors. 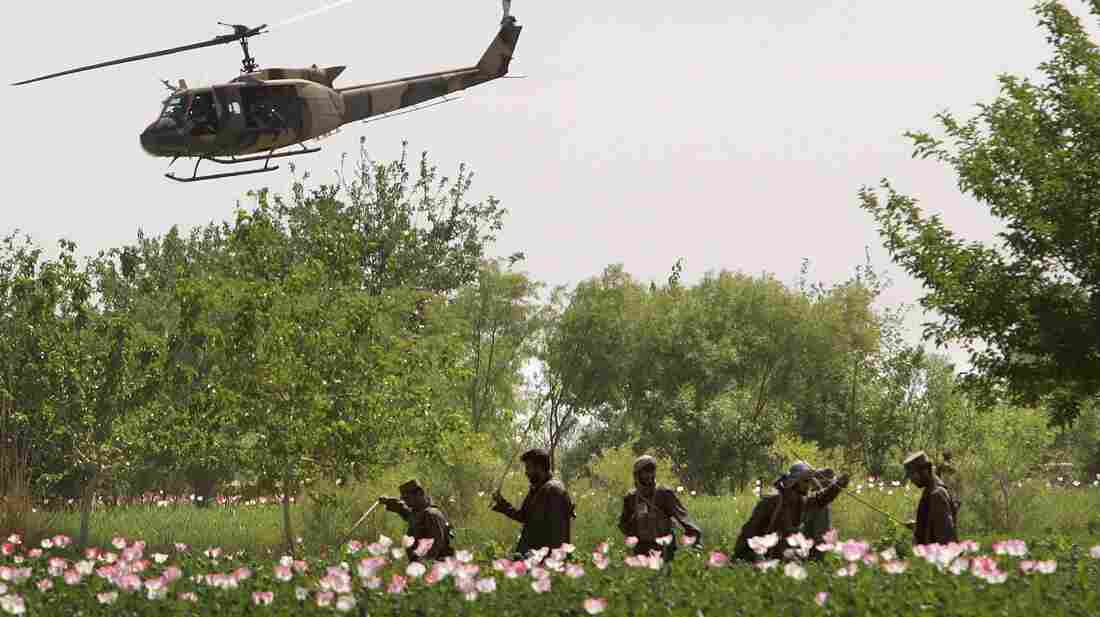 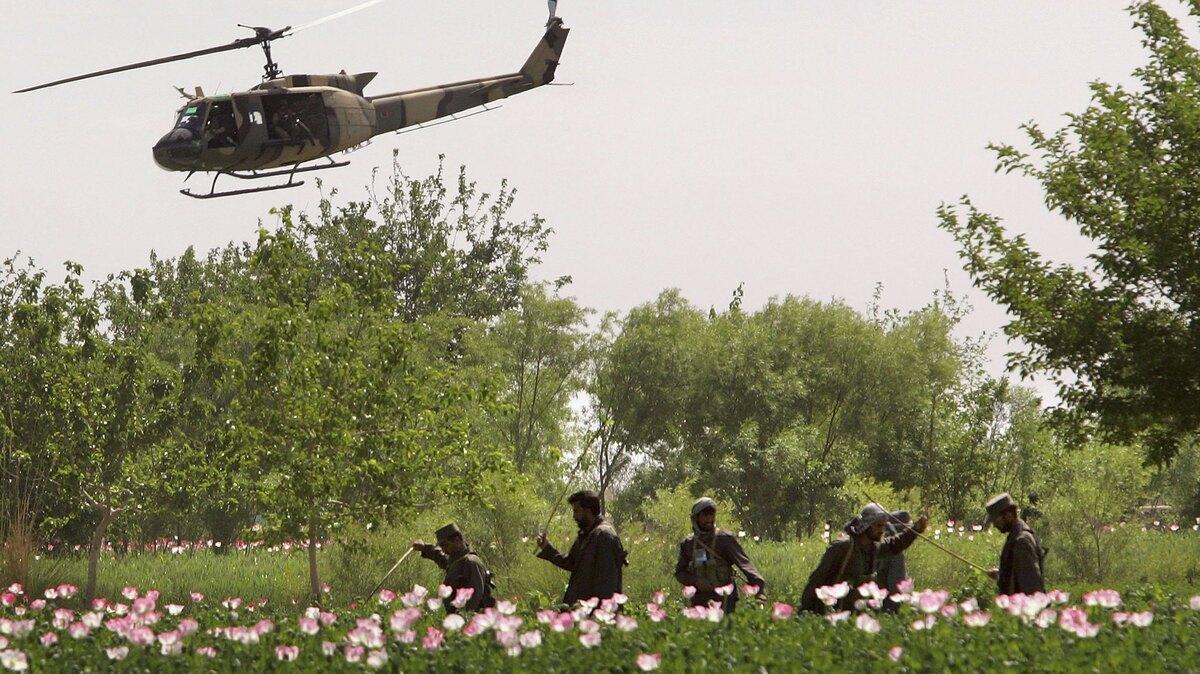 A helicopter from the American security contractor DynCorp provides air support as members of an Afghan eradication force plow opium poppies on April 3, 2006, in the Helmand province, Afghanistan.

Should the Afghan government sign a security agreement, the U.S. plans to keep between 6,000 and 9,000 American troops in Afghanistan even after the U.S. and NATO's combat mission officially ends late in 2014.

Beginning in 2015, the remaining troops would train Afghan soldiers and mount operations against any remnants of al-Qaida.

But they wouldn't be the only ones who stay behind: U.S. troops would almost certainly be outnumbered by civilian contractors.

Ever since the U.S. ramped up its forces in Afghanistan in 2007, during the Bush administration, the contracting force has grown at an even faster clip.

Todd Harrison, a senior fellow at the Center for Strategic and Budgetary Assessments, monitors military spending. "The contractors are there doing jobs to support the troops and those jobs in previous wars were often done by other troops," he says.

Gone are the days when soldiers suffered through kitchen duty or cleaned latrines. Now those jobs are being done by young contractors from places like Sri Lanka.

"It's not very cost effective to recruit people and put them in a career job in the military and then have them peel potatoes," Harrison says.

The U.S. has spent hundreds of billions of dollars in Afghanistan, a lot of that paying for contracts. Because there's no final decision on the number of U.S. troops, it's hard to know how many contractors will be needed after 2014.

Officials expect that the U.S. will maintain a presence at Bagram Air Field, a sprawling facility north of Kabul. And American training teams will likely be spread around at Afghan bases throughout the country.

Harrison says operating in Afghanistan has consistently cost twice as much as in Iraq. Part of the reason is Afghanistan lacked decent roads and buildings and bridges before the Americans invaded in 2001. 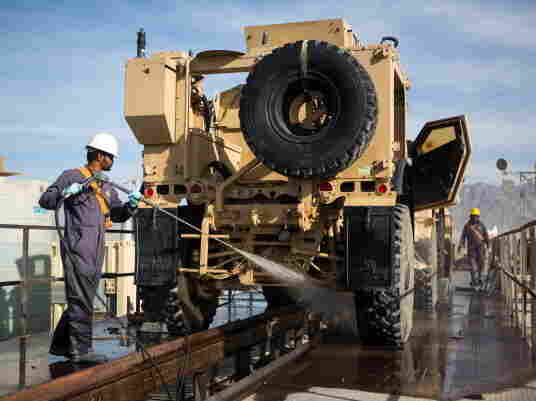 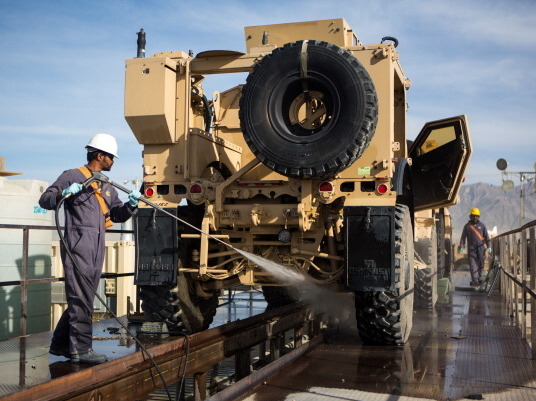 A civilian contractor power washes a mine-resistant, armored-protective vehicle at Bagram Air Field, Afghanistan, in May.

And so American defense contractors, like DynCorp International, have found plenty of work. The company now has 10,000 employees in Afghanistan. That's a number greater than two Army brigades.

But they don't just hire workers from Sri Lanka to run a chow hall. Contractors also hire experts to help Afghans run their government: a retired American city manager, for example, to work with an Afghan counterpart.

Sean McFate teaches strategy at Georgetown University and the National Defense University, and is a former program manager with DynCorp.

"DynCorp and other companies have a lot of experience in training how to run a ministry, everything from human resources training to logistics," he says.

That can run the gamut from how to run a bureaucracy to basic training for Afghan soldiers and police — which might mean hiring retired American police officers or soldiers. About one-third of contractors are U.S. citizens, the rest come from the developing world or Afghanistan.

All of that could add up to thousands of hires — and billions of dollars. But there's a concern that more of that money could be lost to waste or fraud now that most American troops are leaving.

That's because there won't be enough U.S. soldiers to escort U.S. auditors safely around a war zone.