Accessibility links
Retailers Hope 'Gray Thursday' Boosts Bottom Line Looking for a deal on electronics, clothing or anything for that matter? Then welcome to Gray Thursday, when Black Friday intrudes into Thanksgiving. Mark Ellwood, author of Bargain Fever, talks about whether it's worth leaving your turkey in the oven to go shopping. 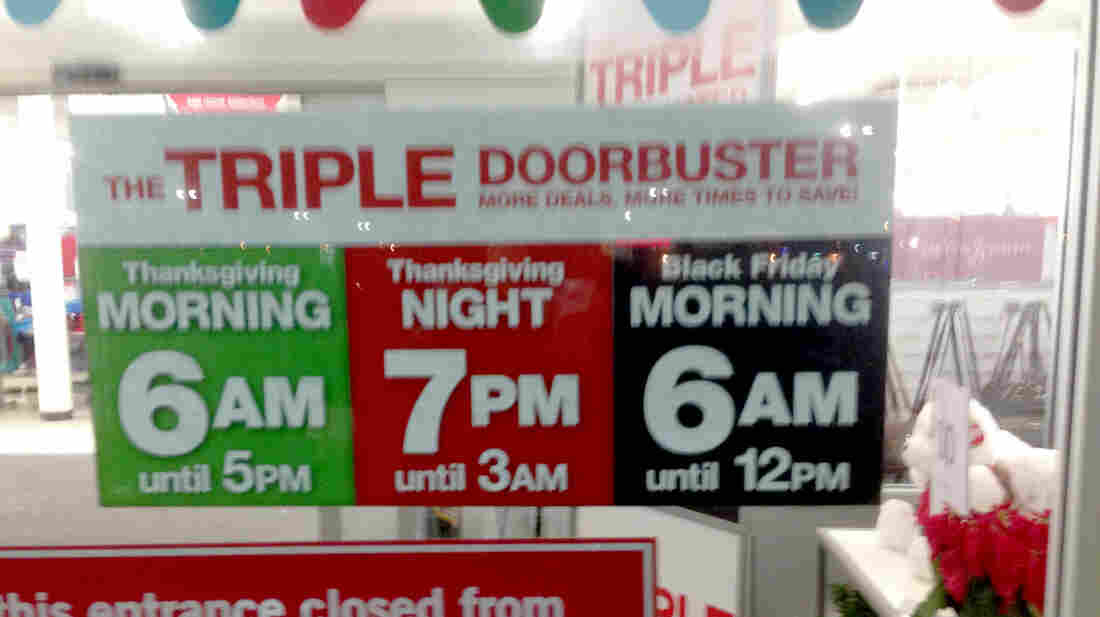 K-Mart was one of the chains deciding to open early this Thanksgiving Day. Jan Somma-Hammel/Staten Island Advance /Landov hide caption 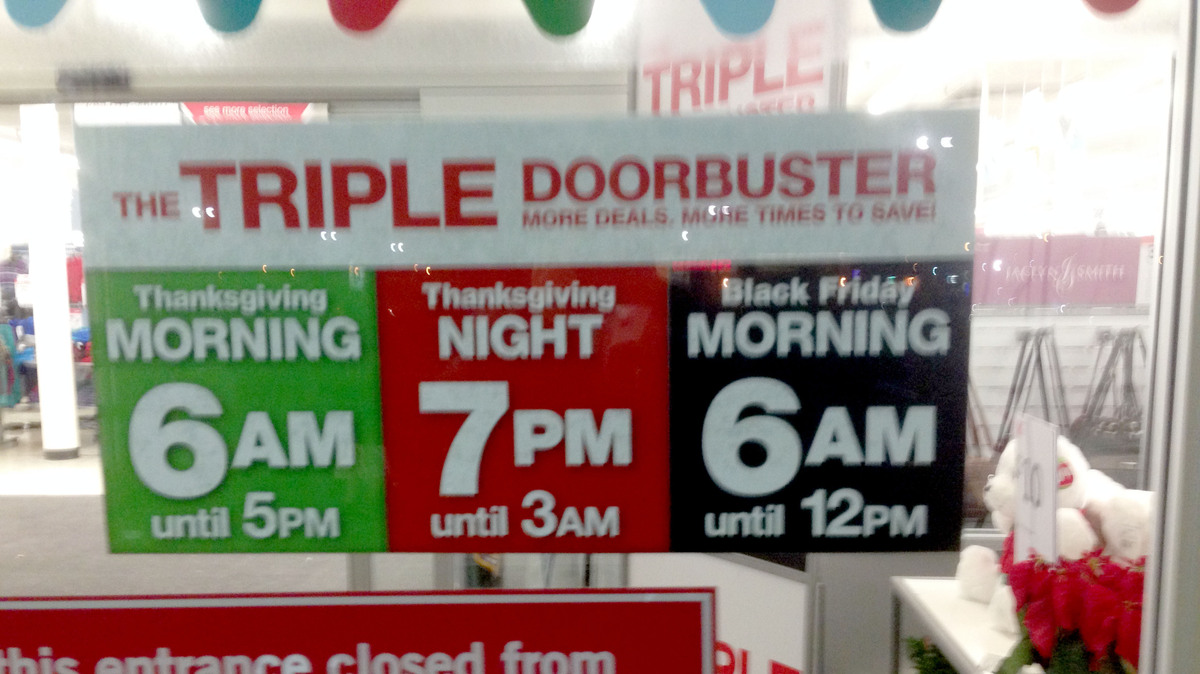 K-Mart was one of the chains deciding to open early this Thanksgiving Day.

You are not imagining it, the unofficial start of the holiday shopping season starts earlier and earlier. Black Friday has been around for decades — that's the point where retailers hope to begin to make a profit.

Shoppers looking to get a jump on deals can shop on Gray Thursday – think Black Friday intruding into Thanksgiving Day.

This Turkey Day, many national chains will open their doors early in an effort to boost sales. K-Mart opened at 6 a.m.

To find out more about the early shopping frenzy, Morning Edition host David Greene, talks to Mark Ellwood, author of Bargain Fever: How to Shop in a Discounted World.

"I am fascinated to see the creep," says Ellwood, who admits he will be sitting out this first Gray Thursday.

He says it was just two years ago when stores were opening at 12:01 a.m. the day after Thanksgiving, and it was "scandalous."

Is it worth leaving your turkey in the oven to go shopping?

He says it's best to check with a clerk to see when the merchandise arrived. If it's been around for a while, there's a chance you're saving because it is being marked down over time. But if the items just arrived, they could be inexpensive but not a real bargain.

Predictions for next year?

"There really is a movement to try and protect Thanksgiving and not transform it into Gray Thursday, but I guarantee, next year, we'll see someone opening at 12:01 a.m. on Thanksgiving," Ellwood says.