Accessibility links
A Day For Small Businesses To Stand Out In The Crowd Tucked between Gray Thursday, Black Friday and Cyber Monday is Small Business Saturday. It's a designation invented by American Express, but it's becoming vital to small businesses around the country.

Small-business owners hope that after you've spent time at the big-box stores and the mall, you'll spend money with the mom-and-pops in your neighborhood.

The idea for the day came out of a committee at American Express in 2010, after the depths of the recession. AmEx President Ed Gilligan loved the idea of creating a new holiday.

"We did make it up, but we didn't make up the reason why it exists," Gilligan says. "I heard this idea of Small Business Saturday and about American Express working to help create movement. It was like a light shining down on me that said, 'This was the best idea I've heard in a long time.' " 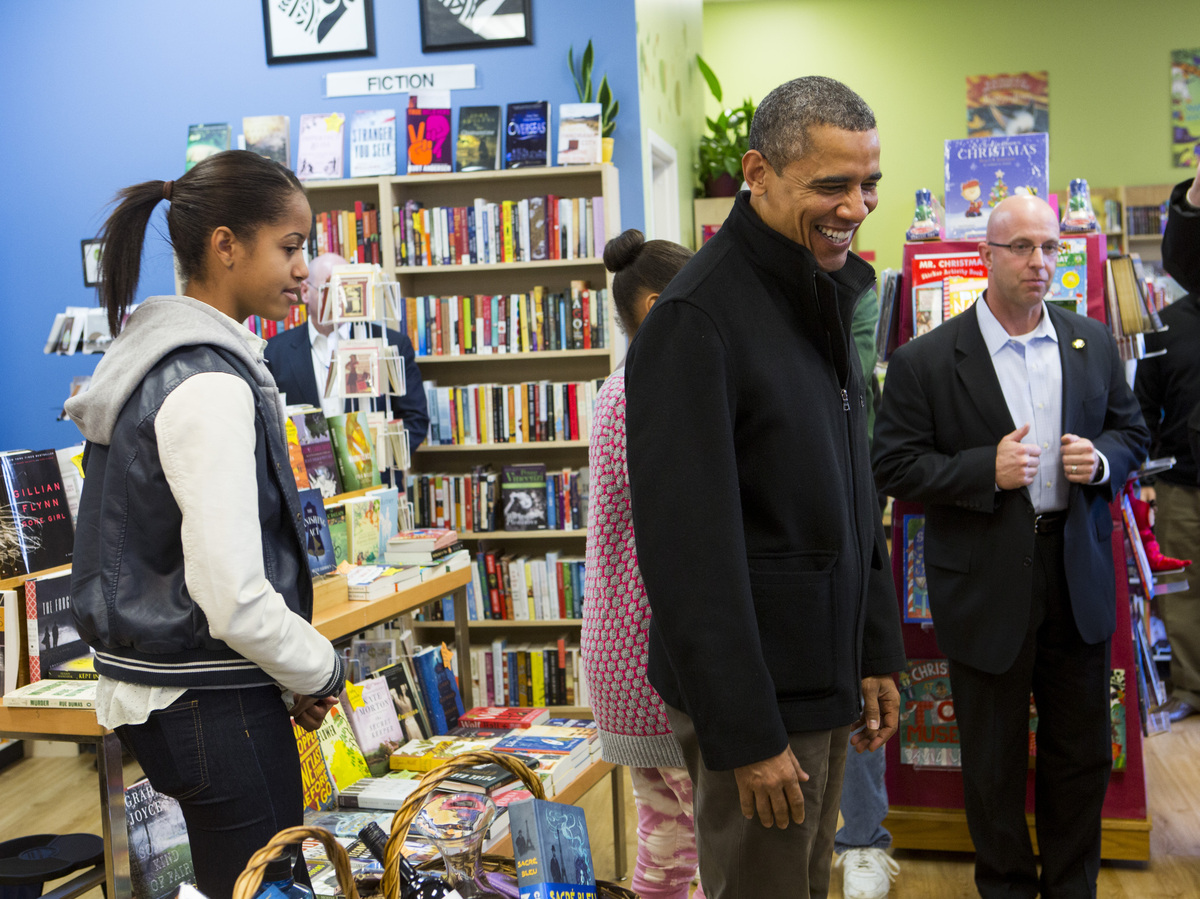 Gilligan won't say how much AmEx spends to help small business promote the day. American Express, whose fees are fairly expensive for small businesses, uses the day in part to mend bridges with mom-and-pops who've often shunned the card.

Last year customers spent $4.5 billion on the Saturday after Thanksgiving — although they likely spent about 10 times that on Black Friday. The Department of Commerce promotes the day on its calendar, and chambers of commerce and small-business bureaus around the country have adopted the day.

For the past two years, President Obama has celebrated Small Business Saturday by taking his daughters to D.C.-area bookstores.

"It's like watching a snowball go downhill," Gilligan says. "It is gaining momentum. It is bigger than American Express."

Lundeen says that over the past few years she's seen the day's sales totals get bigger and bigger. She says it reminds customers about her store and helps build momentum for her most important time of year.

"Now is the time when I'm most broke, and in two weeks I will have the most money," she says. "Three weeks in December make my whole entire year."

Marshal Cohen, chief retail analyst with the NPD Group, says Small Business Saturday offers an introduction for many small businesses, but it's up to the owners whether the day is make or break.

"Small Business Saturday is a good chance, a good opportunity, for the small main-street retailer to ... put a really good impression in front of the consumer," Cohen says. "If they don't, it'll just fizzle away."