Accessibility links
Zombies And Hope On 'The Walking Dead' Eric Deggans looks at the midseason finale of The Walking Dead and concludes that while the show is brutal and violent, it's ultimately concerned with matters of humanity and hope. 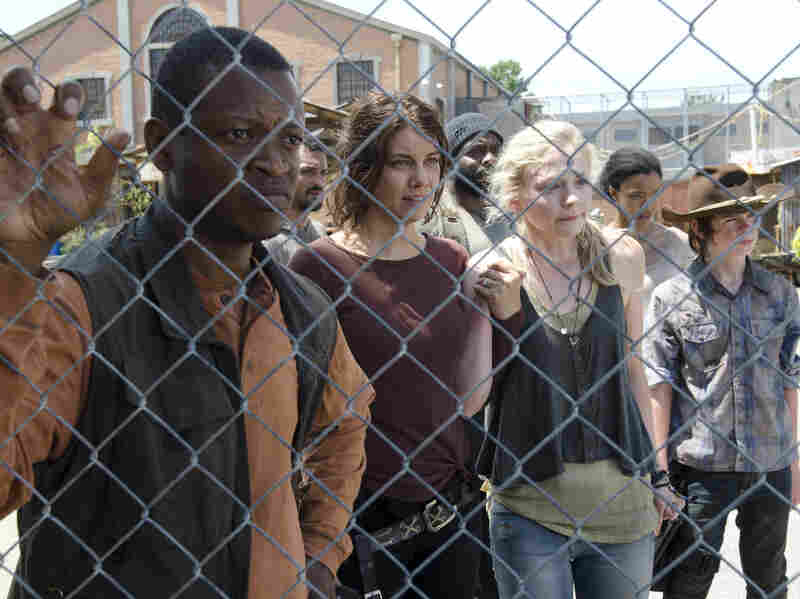 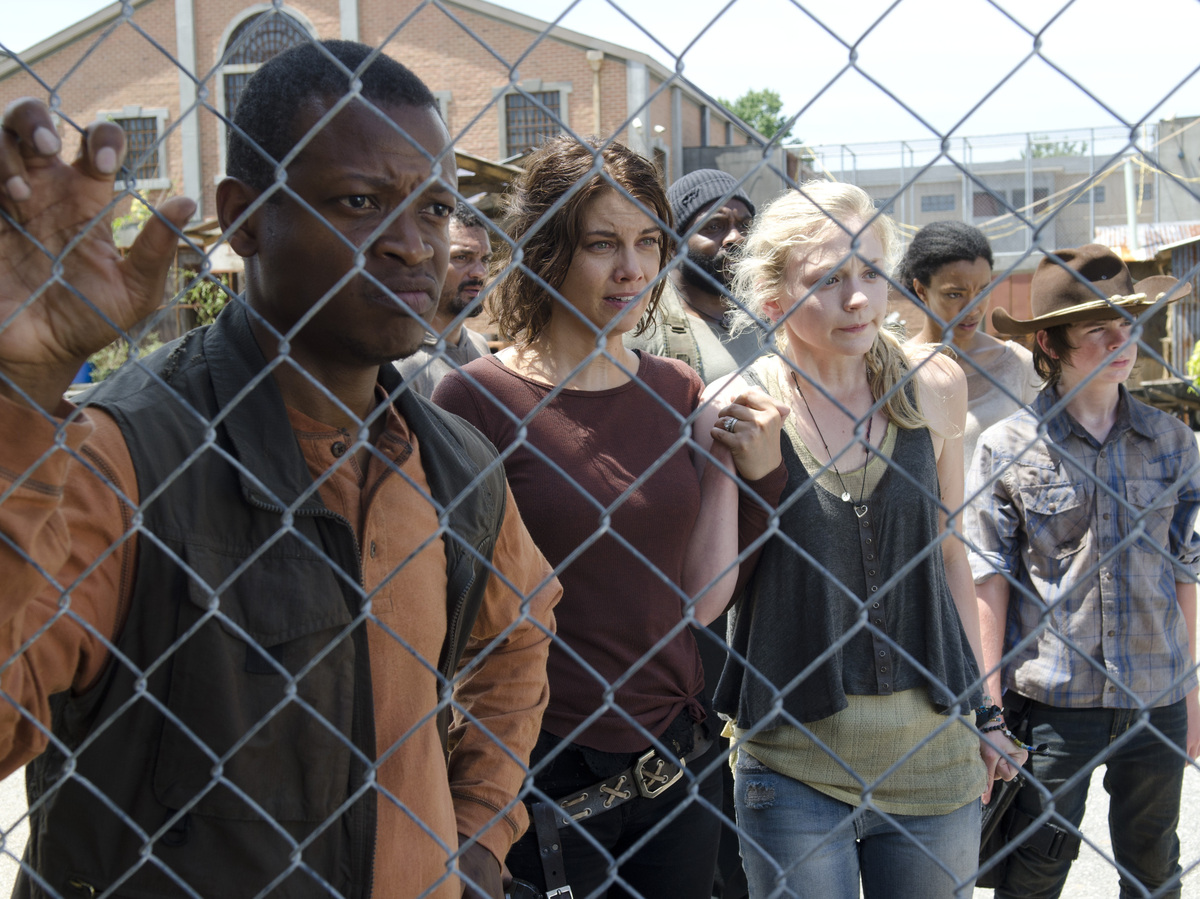 This is a strange thing to say about a TV show which ended its fall season Sunday with the death of two children, a gun battle, waves of flesh-eating zombies and a decapitation.

But it is easy to forget, in the midst of all the carnage, that The Walking Dead is essentially a show about hope.

Anyone who watched Sunday's action packed midseason finale, "Too Far Gone," might think that was a ludicrous idea.

In that episode – yes there are spoilers aplenty coming in the post, including right now – longtime fans saw the show's conscience, Hershel Greene (Scott Wilson), decapitated by the show's Big Villain, The Governor, in an attempt to take over a prison complex led by the show's hero, Rick Grimes.

We also saw a child The Governor had emotionally adopted as a second daughter get bitten by a zombie, requiring the man himself to shoot her in the head. Several ancillary characters were killed in an assault on the prison involving a tank. The hero's infant daughter may have been eaten by a zombie. And the Governor himself wound up dead, shot in the head by a woman he had declared his love to just hours earlier.

If this is what hope looks like in a post-apocalyptic world, maybe it's better to abandon it when the dead start hopping out of graves.

Except, that's not the message of "Too Far Gone." This episode revealed that, as much as the start of The Walking Dead's fourth season seemed to be about Grimes and his hardy band of fellow survivors' prison life, it was really a head fake – a set up to make us appreciate the real star of this season's second half, The Governor.

As played by silky voiced Brit David Morrissey – equal parts Marlboro Man cool and Apocalypse Now's Col. Kilgore – The Governor was revealed this season as a man broken by the zombie disaster and turned into something pathologically ruthless and twisted. The show gambled by taking two episodes to focus just on his story – revealing that he wanted to think of himself as a good man, forced to act brutally to survive in a twisted world.

But hero Rick Grimes (played by another ace British actor, Andrew Lincoln) was in many ways his negative. Grimes forged a coalition of people inside a prison and let go of power, allowing the group to be ruled by a council. If The Governor could take over the prison and kill Grimes, he could prove that his way – which involved taking power in his own group by killing two people and lying to his followers about it – was the only way to survive.

Instead, The Governor proved that he was the kind of man whose brutal impulses ruined everything he touched. His assault on the prison ruined the sanctuary for everyone, forcing Grimes and his group to flee. Many of the key people in his group were killed, and because so many were occupied at the prison, The Governor's surrogate wife had no help when a zombie emerged from the ground and bit her young daughter.

In the end, that surrogate wife put a bullet in The Governor's head – after he had been stabbed in the heart by another nemesis from Grimes' group, the sword-wielding warrior Michonne. She knew, in the end, that he was a monster in search of a reason to justify his monstrousness and had to be put down.

(The show resumes its fourth season Feb. 9, and I can't wait to see how Grimes' hardy band comes back together or how Southland alum Michael Cudlitz will play a legendary character from the Walking Dead graphic novels, an ex-Army sergeant named Abraham Ford.)

So how is that hopeful?

Because the ultimate message of The Walking Dead often returns to two ideas: First, that the most dangerous thing about the end of the world isn't what ends the world – in this case, the dead walking around looking for fresh meat – but what happens to the people who survive it.

And secondly, there's a notion that the ultimate struggle here is how to survive in a brutal, post-apocalyptic world while holding onto what makes you human. Grimes tried to become a farmer, shedding all decision-making responsibilities. But he found that, to survive, he couldn't turn his back on what he was best at – making the hard choices no one else can handle.

That's where the hope comes in. Because Grimes' struggle is to prove that humanity – not just humans – can survive a zombie apocalypse.

And I can't think of a goal that's much more hopeful than that.