Accessibility links
Interview: NPR's Robert Siegel talks to the usually silent half of Penn and Teller about his upcoming documentary, which follows an inventor trying to replicate the method he believes the Dutch master Johannes Vermeer employed to create his incredibly lifelike paintings. 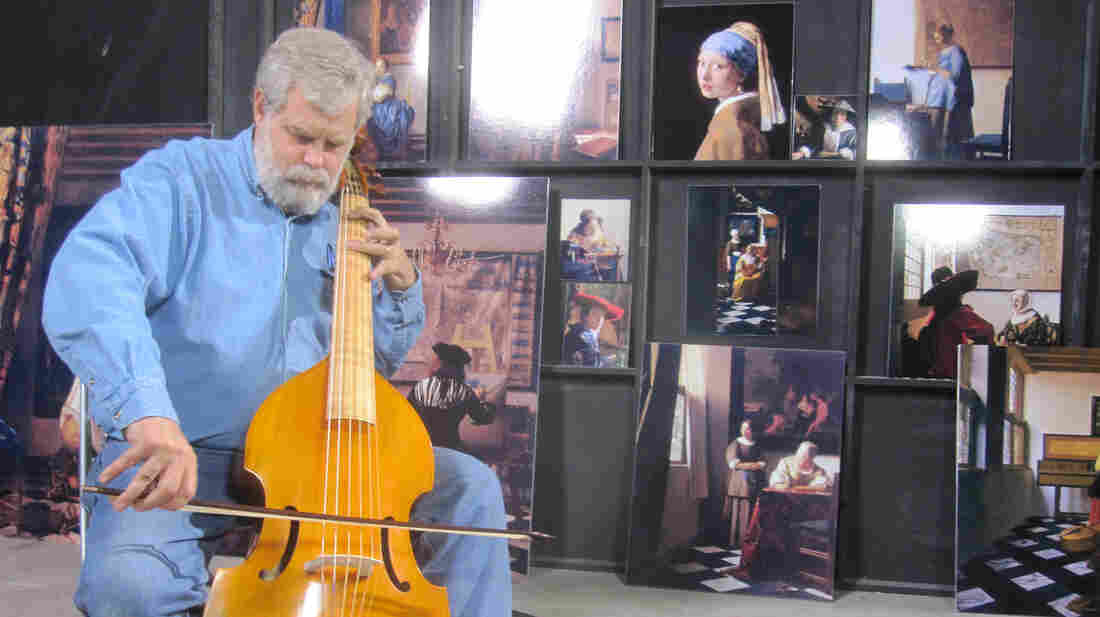 Directed by Teller, of the magic act Penn and Teller, Tim's Vermeer follows Tim Jenison (above) as he attempts to re-create the methods and work of the Dutch master. Sony Pictures Classics hide caption 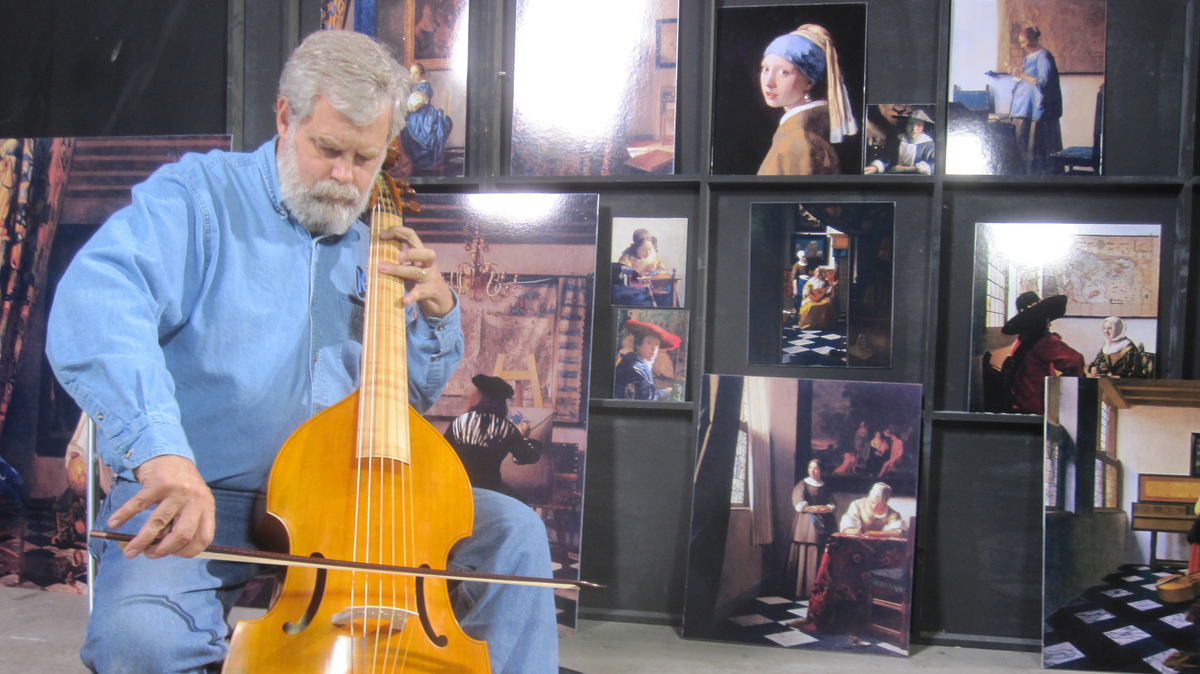 Directed by Teller, of the magic act Penn and Teller, Tim's Vermeer follows Tim Jenison (above) as he attempts to re-create the methods and work of the Dutch master.

Jenison was inspired by Vermeer's paintings and by the book Secret Knowledge, in which the contemporary English artist David Hockney theorized that Renaissance painters might have achieved photographic accuracy by employing tools that anticipated photography.

He proposed they may have used the camera obscura, a darkened room with a small aperture that a painter would have sat in as if he were inside a giant pinhole camera — along with lenses, possibly, or more likely concave mirrors.

Jenison brought an inventor's mind to the task of putting these theories to the test, and Tim's Vermeer, which explains the project and documents the results, is narrated by Jenison's friend Penn Gillette, of the magic act Penn and Teller, and directed by the other half of that duo.

Though Penn and Teller's act usually involves the latter working strictly in silence, Teller took himself off mute to speak with NPR's Robert Siegel about the film and the method he believes Vermeer used.

"In the 1600s in Holland and that area of Europe, lenses and mirrors were quite popular as things for science hobbyists," he says. "The telescope had just been invented, so the chances that Vermeer had very good access to all sorts of lenses and mirrors is very high."

On the device Tim uses to paint in the film

By tilting the mirror at just a perfect angle, so that the artist can see the subject right up until the edge of the mirror, and then the canvas from that point on, he enables the artist to compare precisely the brightness and the color of the subject [with] the paint on the canvas. 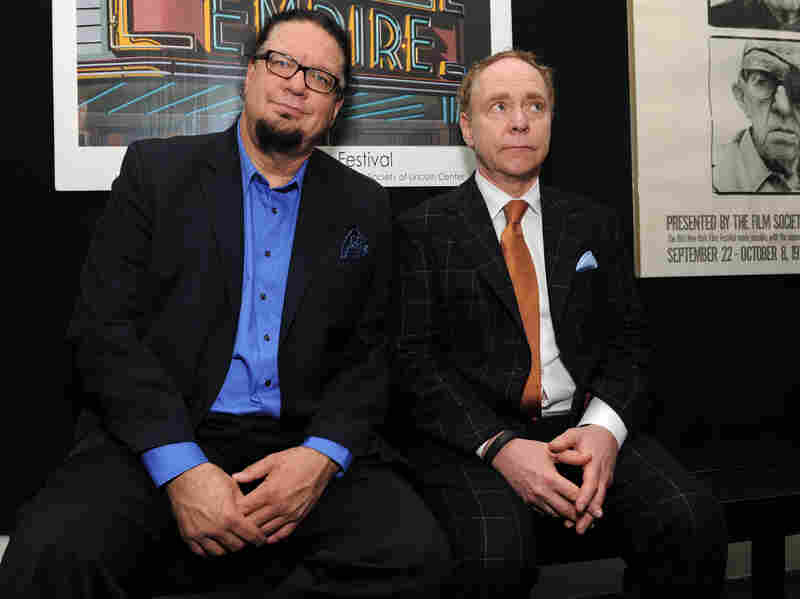 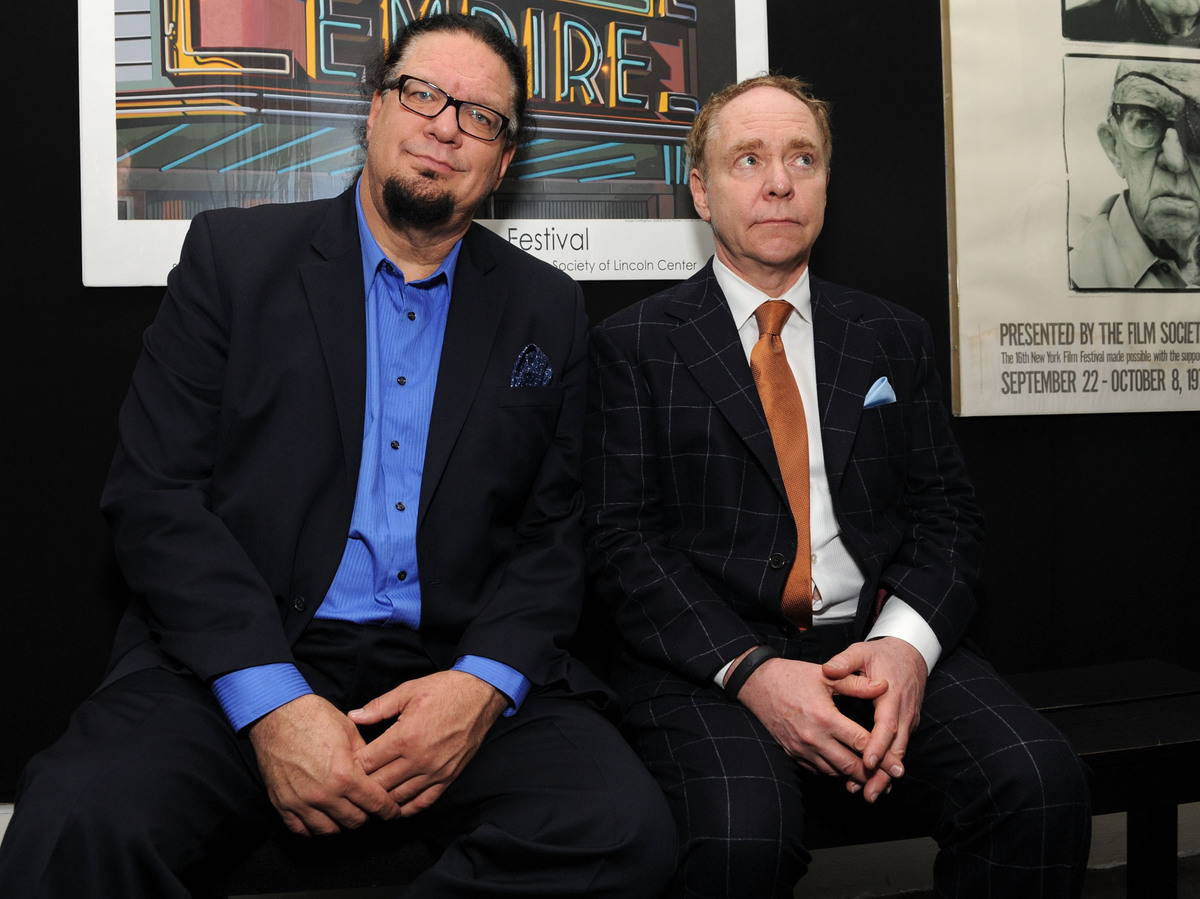 Penn (left) and Teller documented a different kind of magic in the film, which Penn narrated and Teller directed.

On Tim's re-creation of Vermeer's The Music Lesson, for which he constructed a replica of the painter's room

He had this notion for how Vermeer might have done this work. But he wasn't content to just sort of sit there and say, "Well I'm sure it would work." He felt it was necessary to basically go back in time and put himself under the exact conditions that Vermeer was working under. So Tim actually, in his warehouse in San Antonio, created a replica of Vermeer's studio.

On Tim's own artistic ability

Art is not sports. Art is an activity in which one human heart communicates to the other human heart. If Vermeer used this method, which Tim believes pretty strongly he may have used, that makes Vermeer better, not worse. What this means is that Vermeer was not only someone with wonderful and beautiful ideas, and someone capable of miraculous compositions, but that he was willing to put in the incredibly intense work to translate those ideas to paint on canvas. And it's very possible that Vermeer himself may have invented this device.

On how, if this theory is true, the method could have been forgotten

In those days, as in these days, industrial secrets are kept very, very secret. And if someone had a means of creating extraordinary paintings, this would absolutely be kept to himself. There are not very many people in the world who have a clue how Penn and I shoot guns at each other's faces and apparently catch the bullets in one another's teeth. And probably three or four centuries from now, there will be even fewer people who will know that.

There's another analogy to magic that I'm struck by. The biggest secret that any magician has is that he's willing to go to way much more trouble than you would ever believe a person would go to to achieve an effect onstage. The trouble that he goes to is not pretty; the trouble is ugly and strenuous and involves trial and error and many things that you just wouldn't want to know about as a viewer. And in the case of this method, this method is incredibly ingenious, but no fun to execute. So the analogy is pretty close.

On how this experience has changed Teller's appreciation of Vermeer