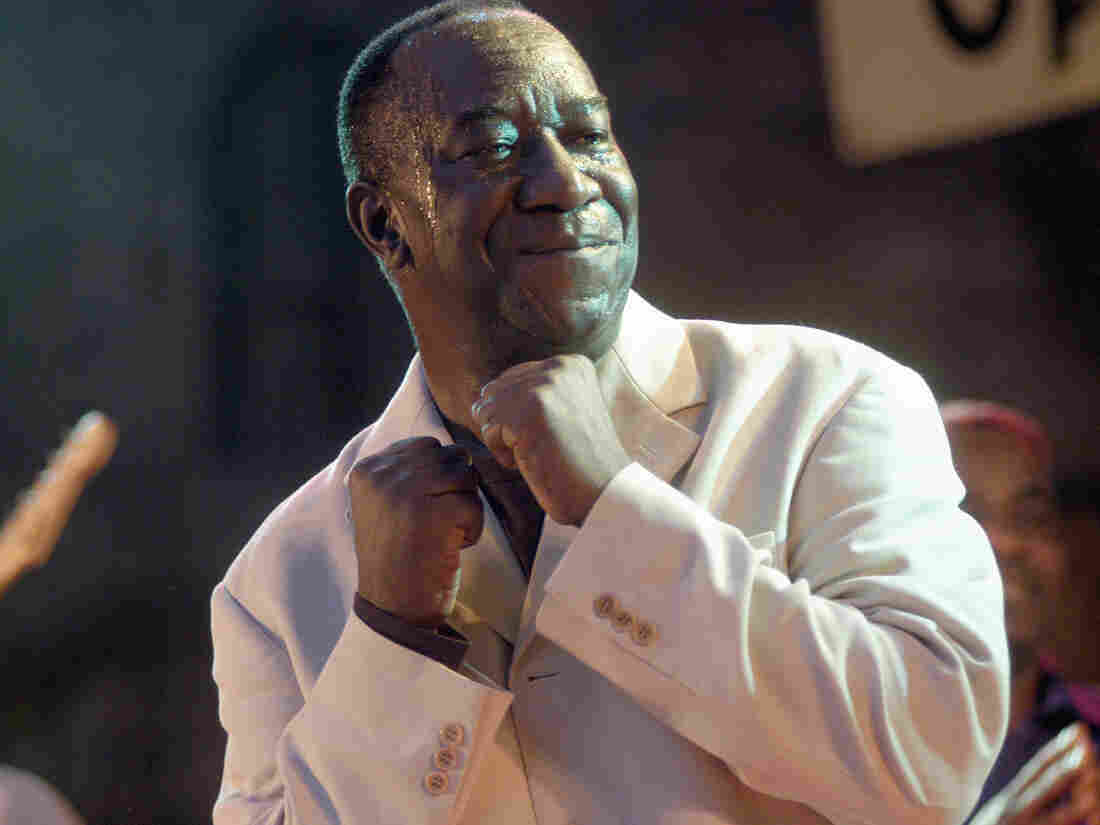 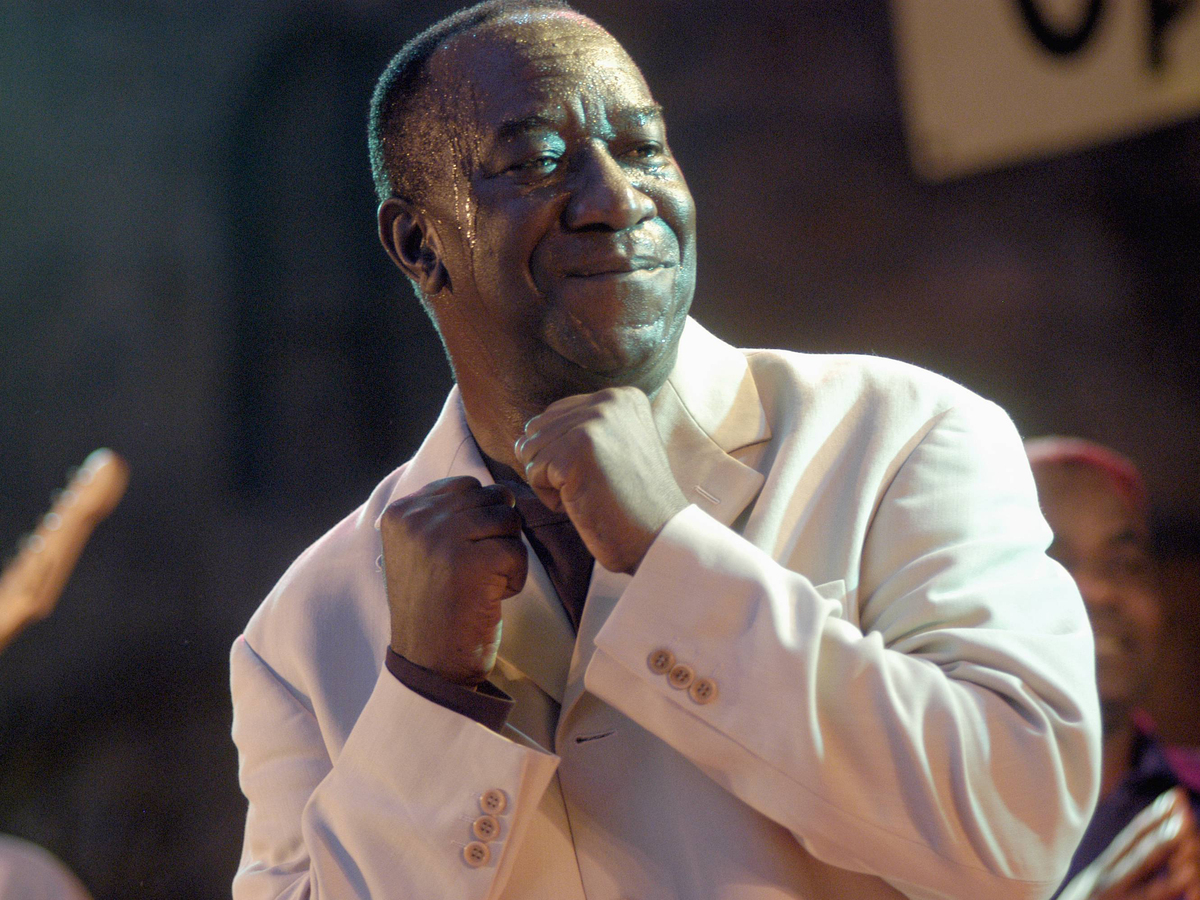 Tabu Ley Rochereau performing at a 2003 festival in Hertme, Netherlands.

One of Africa's biggest hitmakers, Tabu Ley Rochereau, a star with a honeyed voice who went on to become one of the continent's most successful music impresarios, died Saturday. He never truly recovered from cardiovascular problems two years ago, and died at a hospital in Brussels after being admitted with an infection.

He was born Pascal-Emmanuel Sinamoyi Tabu in either 1937 or 1940 (sources differ) in a small village in Bandudu province in what was then still the Belgian Congo and is now the Democratic Republic of Congo. He became one of Africa's most prominent musicians — dubbed "the voice of lightness" for his effortlessly sweet tone — and along the way was one of the pioneers of Congolese rumba, the dance music that managed to meld the sounds of a Cuban bandstand with an African lilt and that later gave birth to soukous. Though he also sang in French and other languages (including English later in life), he sang mostly in Lingala, a language widely spoken throughout the region, and therefore perfect for making Congolese rumba even more accessible.

He got his start singing in church and in school choirs, and began his professional career in the 1950s as a songwriter for other artists before joining a group called L'African Jazz in 1956 with another singer, Joseph Kabasele, better known as Le Grand Kallé.

While Congolese rumba's lyrics often dealt with typical dance floor topics of love and good parties, there were occasional detours. Take a listen to 1960's "Indépendence Cha Cha," written by Grand Kallé in honor of his nation's break from Belgium, and performed by a group that included lead singer Vicky Longomba. (UPDATE: Tabu Ley did not appear on "Independence Cha Cha," though he is erroneously credited as such on several sources. Still, it's indicative of Congolese rumba's reach and influence.) The song became a hit across Francophone Africa:

In 1963, Tabu Ley left African Jazz to form a new band, African Fiesta (later known as both African Fiesta Flash and African Fiesta National), which became one of the most commercially successful groups on the continent as well as the training grounds for such stars as Papa Wemba. In 1970, Tabu Ley formed L'Orchestre Afrisa International, which recorded a string of hits including "Kaful Mayay," "Aon Aon," and "Sorozo."

Starting in the 1980s, Tabu Ley increasingly shifted his activities from being onstage to being a star maker in his own right. He discovered the singer M'Bilia Bel (who later became his wife as well as the first female soukous star) as well as another female singer, Faya Tess.

After Mobutu Sese Seko came to power, the artist adopted the name "Tabu Ley" as a sign of personal decolonialization, and wrote songs in praise of the new leader. However, his relationship withe Mobutu's regime was not always smooth, and he eventually left Zaire in 1988, spending brief stints living in New Jersey and Anaheim, California.

After the regime of Mobutu Sese Seko fell in 1997, Rochereau returned to Kinshasa as a cabinet minister under Laurent Kabila. It was the first of a smattering of political positions he held, including serving as vice-governor of Kinshasa.

According to the BBC, Tabu Ley was estimated to have fathered some 68 children over the course of his life, including the French-Congolese rapper Youssoupha.