Accessibility links
Sylvia Porter: Right On The Money Before there was personal finance guru Suze Orman, there was Sylvia Porter, a pioneer in the genre. Host Michel Martin speaks with Tracy Lucht, the author of Sylvia Porter: America's Original Personal Finance Columnist. 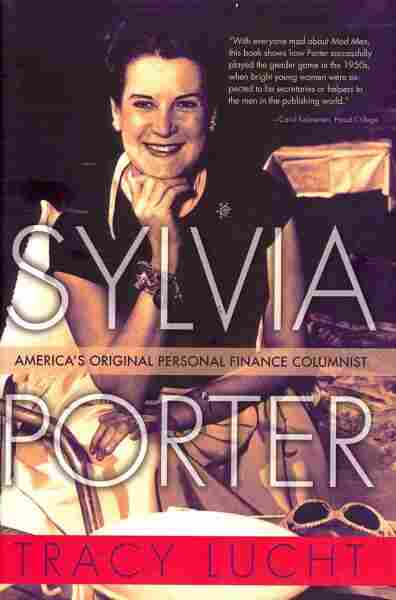 Although she's little-remembered today, personal finance columnist Sylvia Porter was one of the best-known and most admired women in 1950s America. A nationally syndicated newspaper columnist, she also wrote books, appeared on TV shows such as Meet the Press and advised presidents. Her monthly column in the Ladies Home Journal broke ground by encouraging women to control their own finances.

Porter came of age during the Great Depression, and she studied economics to understand why the stock market had crashed. In 1934, she began writing a regular column on government bonds for American Banker under the byline "S.F. Porter." She soon graduated to the New York Post, where she earned fans by translating complex financial issues — what she called "bafflegag" — into concepts that ordinary readers could understand.

"At the time, most financial news was written for the business class or for the wealthy," Lucht says. "She took the middle class seriously and she began writing for regular people. She thought it was immoral for large corporations and large investors to profit at the expense of regular Americans. So that is why she engaged in a campaign to increase people's financial literacy."