Accessibility links
Ready — Or Not. Abrupt Climate Changes Worry Scientists Most To forecast sudden global catastrophe — and, perhaps, head it off — we should be spying on the climate at least as closely as we spy on each other, an expert panel warns. Yet the primary global monitoring network has been cut by 30 percent.

Listen
Ready — Or Not. Abrupt Climate Changes Worry Scientists Most 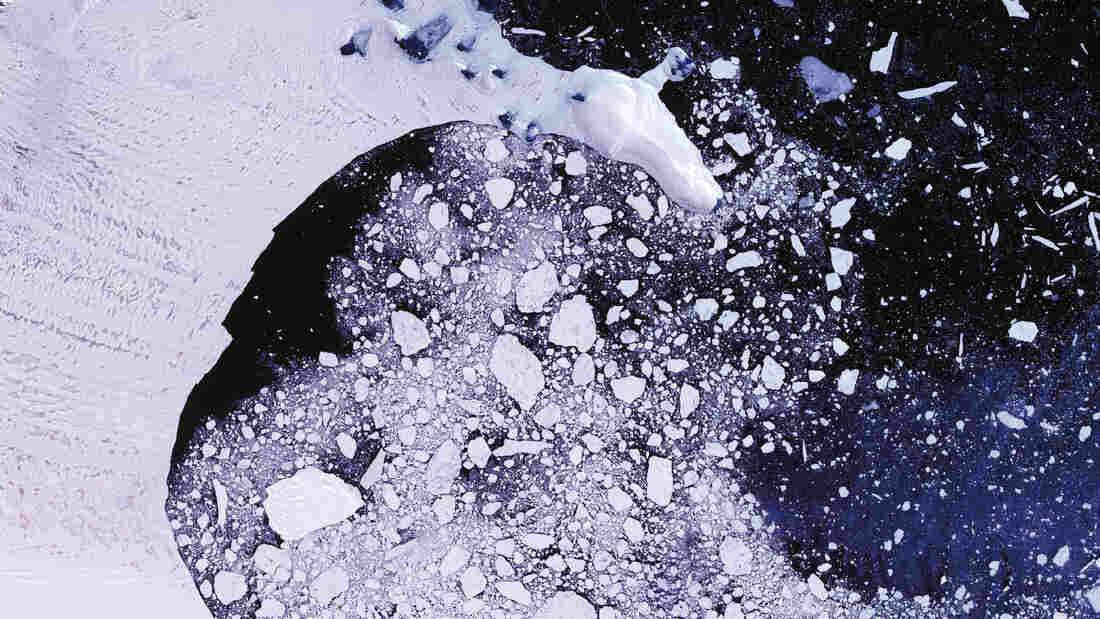 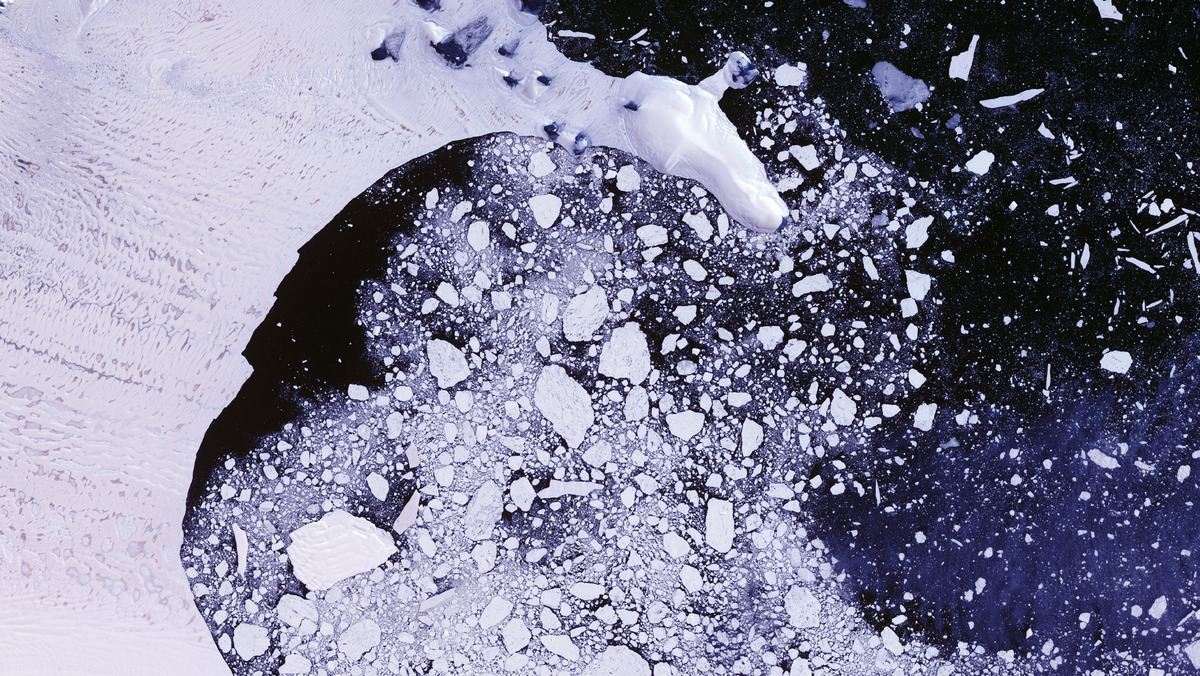 Puddled meltwater very likely primed this ancient edge of the Antarctic's Larsen Ice Shelf to rapidly disintegrate over just several weeks. This view of the splintered mix of frozen bergs is from a Feb. 21, 2002, satellite image.

An expert panel at the National Academy of Sciences is calling for an early warning system to alert us to abrupt and potentially catastrophic events triggered by climate change.

The committee says science can anticipate some major changes to the Earth that could affect everything from agriculture to sea level. But we aren't doing enough to look for those changes and anticipate their impacts.

And this is not a matter for some distant future. The Earth is already experiencing both gradual and abrupt climate change. The air is warming up slowly, and we're also seeing rapid changes such as the melting Arctic ice cap.

Anthony Barnosky, a professor of integrative biology at the University of California, Berkeley, says abrupt change is the bigger worry.

"When you think about gradual changes you can kind of see where the road is and know where you're going," Barnosky said at a news conference unveiling the report Tuesday. "When you think about abrupt changes and threshold effects, the road suddenly drops out from under you. And it's those kinds of things we're suggesting we need to anticipate in a much more comprehensive way."

Scientists know about some potential problems that could change the planet dramatically in a matter of years or decades. For example, sea level could quickly rise by as much as 25 feet if the West Antarctic Ice Sheet were to crumble into the sea.

Yet committee chairman James White, an earth scientist at the University of Colorado in Boulder, says we're not watching that ice sheet very carefully to measure how much warming seawater is weakening the ice.

Another potential for disaster is in the Arctic. There is a huge amount of methane gas up there. The report says the region is unlikely to belch methane into the atmosphere rapidly and supercharge global warming. But government agencies aren't keeping a close eye on methane and other greenhouse gases in the Arctic.

"We have only a handful of sites to look at that," White said. "And since 2007, [the National Oceanic and Atmospheric Administration's] monitoring network — the primary global measuring network — has been cut by 30 percent."

These are two examples of the early warning system for abrupt climate change that White and his colleagues on the national academy committee are advocating.

"How that system is built, how it's developed, is only laid out in bare bones in the report," he said.

"We know there needs to be monitoring capability," White said. "We know we need to be watching the planet. We watch our streets, we watch our banks — if you live in the U.K. they watch everything — we watch other parts of the system very well.

"But we do not watch our environment with nearly the same amount of care and zeal."

The committee didn't just consider abrupt changes to the planet. It also looked at gradual changes that could trigger rapid disruptions for us. For example, parts of the Earth could quickly become inhospitable to crops like corn, once the temperature creeps past a certain threshold. Those concerns are greatest in the tropics and subtropics.

"Probably the biggest issues are going to show up in the warm places, even though it will be easier to see them, and we will meet them sooner, in the Arctic," says Richard Alley, a glaciologist at Penn State.

The report's premise is that these impacts can be blunted if we can anticipate them better. Alley uses society's approach to traffic as an analogy. Commuters are concerned about congestion but also safety.

"You can think of abrupt climate change as the drunk drivers of the earth system," he said. It's not the most common problem, but it's one of the most serious.

And the proposal to deal with these rapid changes faces a steep road ahead. Key Republicans in congress are currently trying to slash money for climate research, not add to it.