Accessibility links
What To Expect When You're Expecting ... To Share Your Baby Photos Smartphones and the Internet have made it easier than ever to share photos of their friends, family, pets and children. But sharing personal photos raises technological and ethical questions.

Listen
What To Expect When You're Expecting ... To Share Your Baby Photos 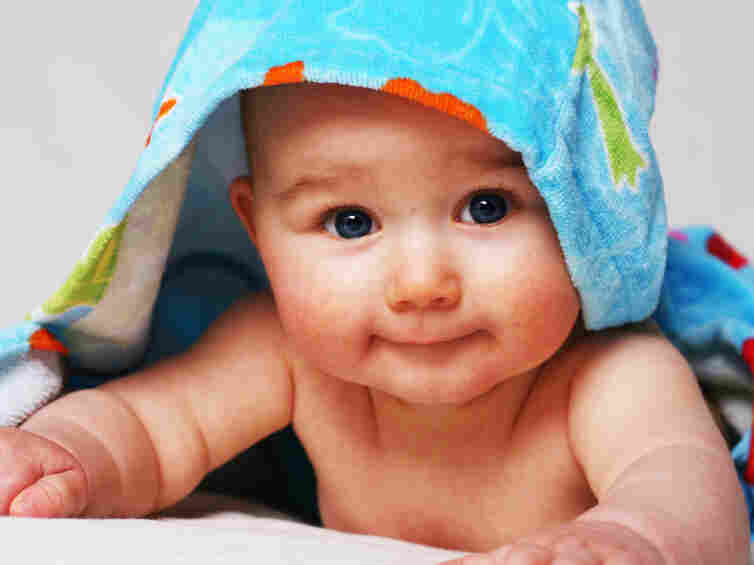 Where will you share your baby's adorable post-bath pics? Chris Parypa/iStockphoto hide caption 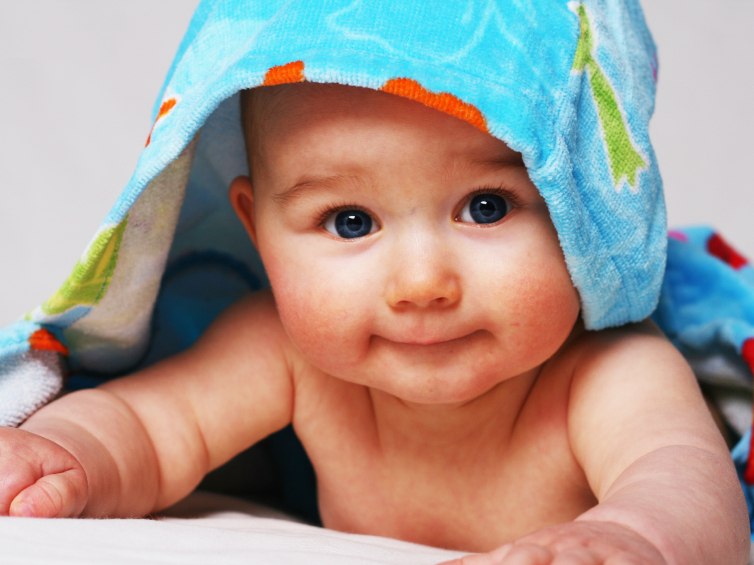 Where will you share your baby's adorable post-bath pics?

This summer, I hit one of life's great milestones: I became a person who posts baby pictures on the Internet. A lot of them.

Our son was born in August, and I have already taken 15,000 pictures of him, hundreds that I want to share with our family and close friends, and a few dozen that I might want to show colleagues and acquaintances. But how?

In theory, we're in a golden age of photo sharing. There are literally dozens of ways to share photos with friends now. But with the new capabilities of the Internet come new and distinctly contemporary problems.

For one, most parents don't want photographs of their children widely available. You want your people to see them but not anyone else. The privacy issues that lurk in our daily lives cry out to be addressed when it comes to children

Snapchat: This mobile app has garnered a lot of publicity as a platform for sexting. That's because photos people send to each other using this app disappear (from all phones and the company's servers) within 10 seconds of viewing them. So how do we use it as parents? Well, for the gross stuff. You might want to send your partner a photo of a particularly impressively filled diaper, but you don't need or want that image in your phone's memory. That's the kind of thing Snapchat was made for.

Blurb: Online services are great for storing vast quantities of photographs of your child. But what if you want something curated, more like a keepsake or a photo album of old? Well, Blurb is a print-on-demand publisher with really simple tools that allow you to create beautiful, professional-looking photo books.

The Wirecutter: If, after taking a few snapshots with your phone, you find yourself in need of a camera upgrade, this is the site to find gear recommendations. It's not like other gadget sites, which are overwhelming. Wirecutter provides one recommendation for every product category. So, you're looking for the best point-and-shoot camera? It will say, "Buy this one."

We've chosen not to post pictures to our very public Twitter and Facebook accounts because we don't want photos of our son accessible to just anyone, and Facebook's intensive data-mining and ever-changing privacy policies make us uneasy.

So for close friends, we've been uploading photos to Instagram. We like how simple and easy it is to use. And the interface feels intimate, I think, like just the place to give someone a peek into our new life. It helps that before posting anything, we locked our accounts and pruned our connections. We know every single follower we have. No strangers allowed.

I also love Google Plus' photo tools. If you can only dimly recall, Plus is Google's would-be Facebook competitor, and while it stinks as a social network, its photo handling is excellent. It can back up all your phone photos to the cloud, and its default settings encourage privacy. One thing we love is that if you take a bunch of pictures with a similar background — say your baby on the changing table — Google Plus automatically turns that series into a cute little animation that can be easily shared with select groups of people.

But for our son's true fans — his grandparents — we wanted something even more immediate and private. We share photos to our parents' iPhones with Apple's Photo Stream and it works wonderfully. When you share a picture, an alert pops up on everyone's phones. It's almost like you're texting a photograph to a group, but you're also creating an archive you can look back through. If you've got relatives who don't use the iPhone, though, you'll need another solution.

Last, we created a photo set on Yahoo's Flickr to share with our widest circle of friends and colleagues, even though its mobile experience didn't match the other services.

It's a lot of work. So why do we go to all this trouble in the first place?

A friend told me as I approached fatherhood that it was easy to talk about the hard things in parenting. They're obvious: sleep deprivation, a foreclosing of social possibilities, diapers. But the beauty of it can't be captured in words. These photographs and the stories they tell are an attempt to make meaning out of the rewarding difficulties of rearing a child.

The Internet companies know how prized these photographs are. Most people will never post anything that gets more likes and favorites than their baby photographs. And the companies translate that interest into advertising inventory. And just as retailers like Target try to become part of parents' new normal shopping habits, Web companies know that your digital habits are up for grabs, too. Where you post your baby photographs is the biggest endorsement of a social network that you can make. The family that Facebooks together might not stay together, but it will stay on Facebook.

Which reminds me of one last piece of advice: While it might seem like Google and Yahoo have been around forever, while it might seem like "the cloud" is firmly established, nothing on the Internet is on firm footing over the long haul. And owing to the nature of competition these days, the world's technology titans have strategically broken the connections between their networks. So don't trust any Web company to act as the sole archive for your photos. Back up those kid pictures onto a hard drive or make an old-fashioned album of prints. Long after the likes and favorites have faded away, you'll want to preserve the memories, and I wouldn't trust any Web company to keep things as they are until my child's graduation from kindergarten, let alone high school.

Beyond The Shadows: Apple's iOS 7 Is All About The Screen

Alexis Madrigal is a senior editor at The Atlantic and a visiting scholar at Berkeley's Center for Science, Technology, Medicine and Society, in addition to being a proud new father.