Accessibility links
Banks Come Under Fire For Filling In The Payday Loan Gap Federal regulators are cracking down on banks that are offering services called deposit advances. Many argue that the service is the same as payday loans and could lead consumers into a cycle of debt. 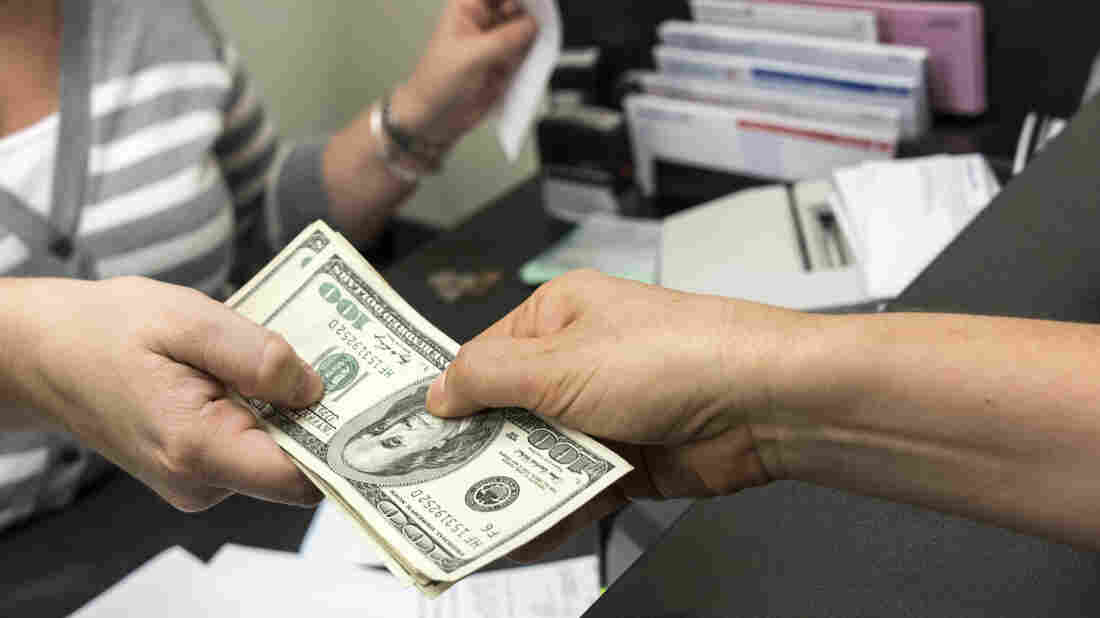 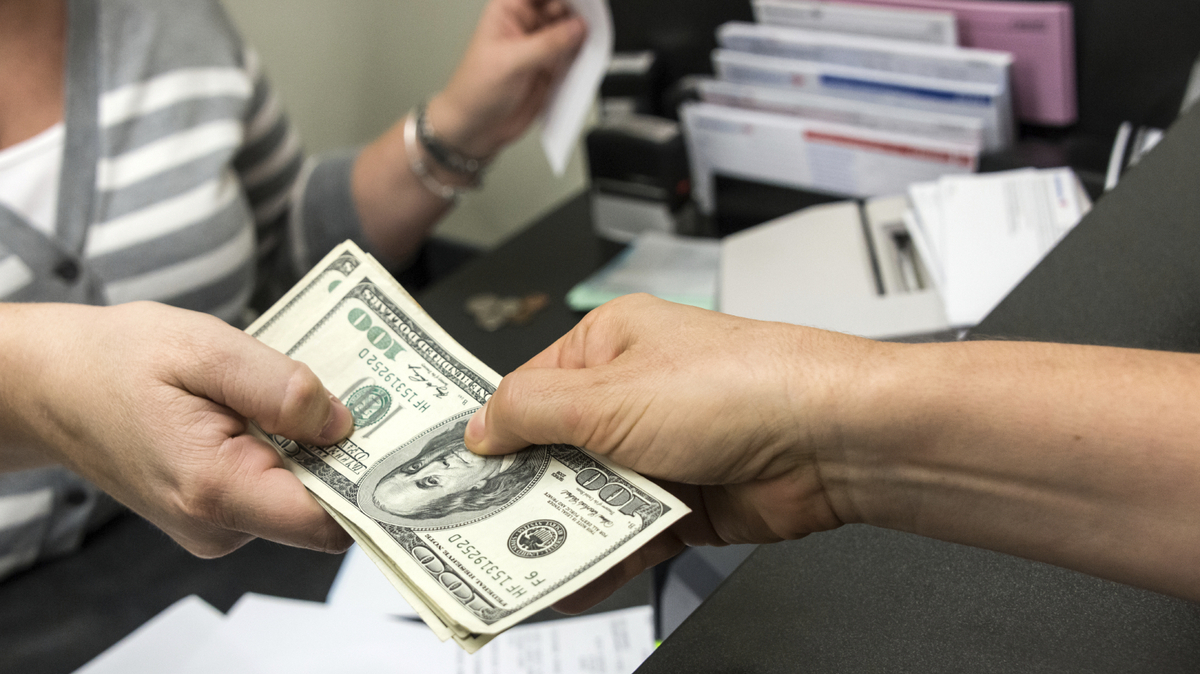 A payday loan is a costly form of credit operating on the fringes of the economy. That's why the target of a new crackdown by federal regulators may surprise you: Instead of a forlorn-looking storefront with a garish neon sign, it's your familiar neighborhood bank.

A small but growing number of banks, including some major players, have been offering the equivalent of payday loans, calling them "deposit advances."

That is, at least, until bank regulators stepped in Nov. 21 and put new restrictions on the loans.

"Many of these loans are taken on a nearly continuous basis," Consumer Financial Protection Bureau representative David Silberman told a Senate panel in July.

He and other regulators worry that deposit advances can lead consumers into a cycle of debt.

"For far too many consumers, payday and deposit advance loans are traps," Silberman said. "Returning every two weeks to re-borrow the same dollar amounts at a high cost becomes a drag on the financial well-being of consumers already facing income shortfalls."

Terms vary by bank, but basically, here's how it works: You borrow the money, and in return you give the bank the right to go into your account and pay itself back, plus a fee, as soon as your next direct deposit comes in.

Some states have fought and banned storefront versions of payday lenders, only to find banks filling the gap.

In Arkansas, nearly 300 payday lenders were operating in 2008, according to Hank Klein, a retired credit union president who became an activist against payday loans.

But, Klein says, a court ruling allowed the state attorney general to drive them out.

About five years ago, Annette Smith, a grandmother from California, needed money to fix her truck, so she went to her local Wells Fargo for a loan.

"I asked one of the loan officers if I could make a small loan," she says. "And he said, 'We don't loan money any less than $5,000. But we do have a service that's called a direct deposit advance. And you can go home and access that on your computer and you can borrow up to $500.' "

Smith qualified for the loan not because she had good credit — she didn't — but because she had recurring direct deposits. In her case, those deposits were Social Security benefits of about $1,100 a month.

For Smith, it turned out to be a very costly arrangement. She ended up taking out repeated advances — 63 of them over five years — and paying almost $3,000 in fees.

She knows now that the fees amounted to an annual interest rate of 180 percent.

"If I knew that it was 180 percent interest, it probably would have caught my attention, instead of [a fee of] $50," she says.

One reason why Smith didn't know her interest rate is that the law doesn't require banks to calculate it. Also, the annualized cost of the money varies by how long it takes to pay it back.

Loan Or Line Of Credit?

And as long as banks talk about fees and not interest, they don't need to disclose annual rates.

The banks don't even refer to deposit advances as loans. Officially, they're open-ended lines of credit.

Sen. Joe Donnelly, D-Ind., and bank lobbyist Richard Hunt clashed on this point at that Senate hearing in the summer.

"Do you think that it's appropriate for some of the most respected banking names to be making 200 percent-plus off of their customers?" Donnelly asked him.

Donnelly wasn't buying it. "You know that's not what we're talking about," he said.

Hunt said banks offer deposit advances to help consumers when they run short of cash, and that their fee disclosures are clear.

"If we do not choose to help them, they have several choices," he said. "They can go to the traditional or online payday lending, which is expensive; the pawn shop, which is even more expensive; or as the Wall Street Journal pointed out recently, they will return to the Tony Sopranos, rest in peace, of the world. That is the most expensive."

But when a lobbyist for the banks defends them by saying they are better than organized crime, it's no surprise that regulators had become concerned.

The U.S. Comptroller of the Currency and the Federal Deposit Insurance Corp., both federal bank regulators, say deposit advances pose a risk not only to consumers but also to banks themselves — in part, to their reputations.

Those banks, if they continue to offer deposit advances, will be allowed to lend money only once per month and not in consecutive months. They'll also have to assess whether their customers can pay back the loans and meet their basic expenses.

Two other banks, Fifth Third and Regions Bank, are regulated by the Federal Reserve, which did not issue similar restrictions.

The CFPB, which has broad jurisdiction over consumer financial transactions, has indicated it will take some action as well.

Smith, the California grandmother, has become an outspoken critic of deposit advances since her experience, even testifying before Congress. NPR contacted Wells Fargo about her loan.

Bank spokeswoman Richele Messick declined to discuss the particulars of Smith's case. But she said Smith could have qualified for a payment plan, free of charge.

Nonetheless, in Smith's eyes, her bank violated her trust.

"The bank is where you go, and you wouldn't be taken advantage of, you would be helped. And because they called it a service, and they called it, you know, a fee, I trusted them."

After Smith got the attention of a local advocacy group, Wells Fargo agreed to forgive her last advance — if she agreed never to take another one. But she's still out the $3,000 she paid to borrow the money.