Accessibility links
For An Ex-Christian Rocker, Faith Lost Is A Following Gained Can non-belief in God become a belief system itself? NPR's John Burnett has the story of the Texas indie band Quiet Company, who made a splash with a surprisingly positive album about frontman Taylor Muse's crisis of faith. 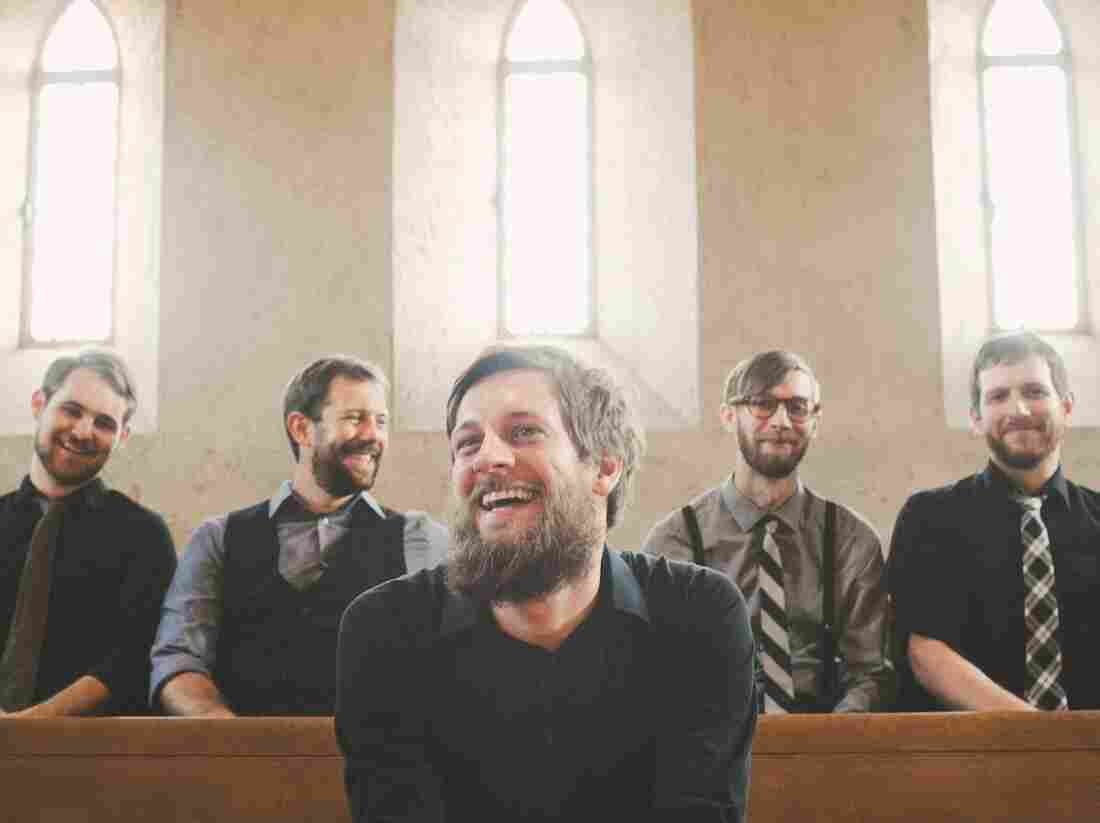 Taylor Muse (front), lead singer of the Austin indie-rock band Quiet Company, says the group is ready to be seen as more than just "the atheist band." Courtesy of the artist hide caption 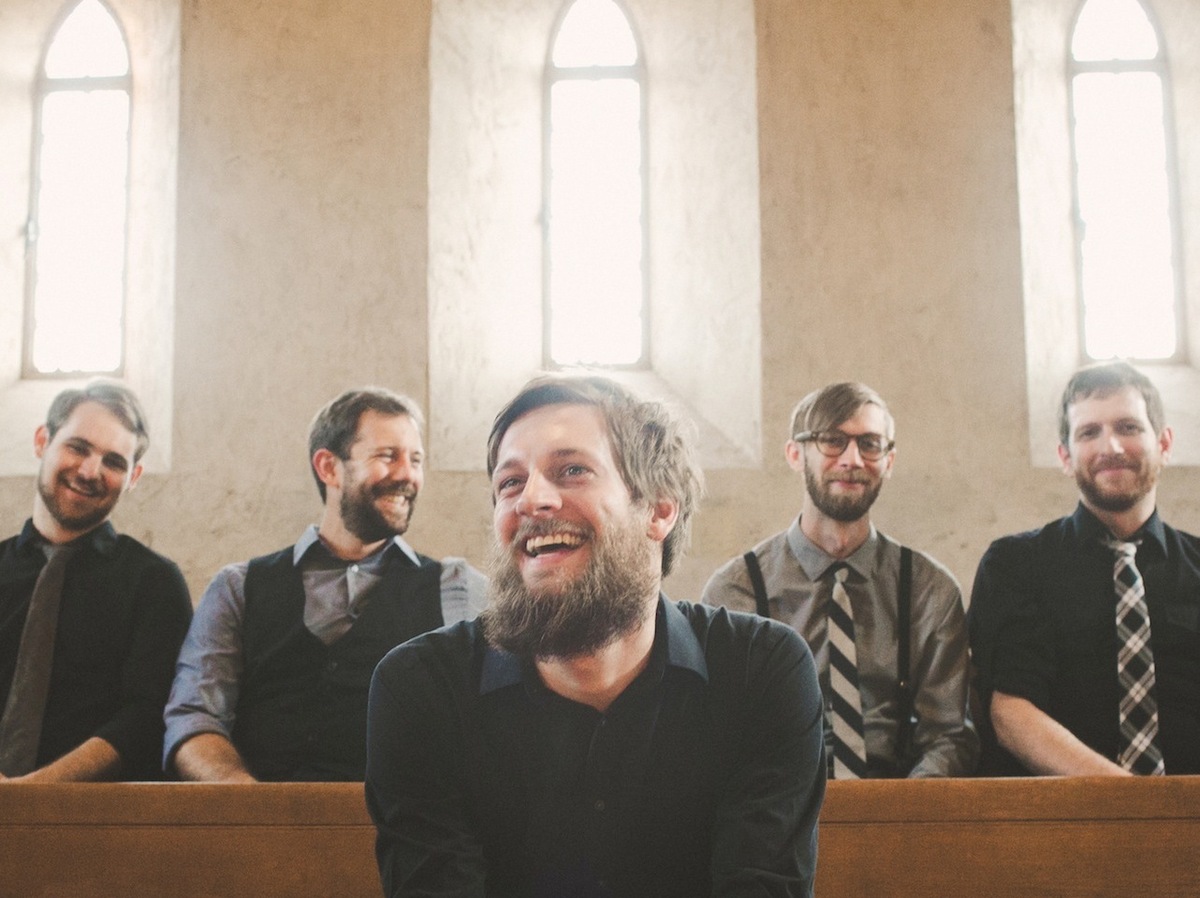 Taylor Muse (front), lead singer of the Austin indie-rock band Quiet Company, says the group is ready to be seen as more than just "the atheist band."

Taylor Muse is the 31-year-old bandleader and songwriter of Quiet Company, an indie-rock band from Austin. A native of East Texas raised in a Southern Baptist church, he now reluctantly carries the banner of "that atheist rocker from Austin."

Muse's life in his hometown of Longview revolved around the church youth group, the praise team, choir rehearsal, mission trips and Bible study classes. Then came moving away from home, going off to college, discovering the writings of avowed atheist Kurt Vonnegut, and getting married.

"Eventually, I came home from work one day and just told my wife, 'I think I'm having a little bit of a crisis of faith. I just realized today that I can't make a case for Christianity that would convince myself,' " he says.

That realization led to the release of the 2011 album We Are All Where We Belong, a startlingly frank exposition of a young man's loss of faith. The record made a big splash in Austin; last year, Quiet Company took home 10 honors at the Austin Music Awards, including Best Band and Album of the Year.

The humanist community — a term used interchangeably with atheism — was slow to take notice of the album. Greg Epstein, the prominent humanist chaplain at Harvard University and author of the book Good Without God: What a Billion Nonreligious People Do Believe, recalls being skeptical.

"I get sent so many weird things from around the United States," Epstein says, "so I kind of assumed it would be crap. And then I listened to it, and it was brilliant."

Epstein says what Quiet Company did is emblematic of the modern humanist movement, which is not about railing against organized religion, but about being good people and affirming life.

"It's not an album decrying God," Epstein says. "It's an album about what it means to live life that happens to be from the perspective of somebody who knows who he is, and happens to be a humanist and an atheist."

This may be blasphemy back in East Texas, but the band has found a loyal audience in Austin. Before an evening concert, fans have already begun to bunch up in front of the stage next to giant arena speakers on the Congress Avenue Bridge.

"I find it very reassuring," says a 25-year-old bookstore stocker who gives his name as Tux. "When they released the album, I was going through a little bit of a faith crisis myself. And that was my soundtrack during that period."

Quiet Company's appeal extends beyond those struggling with their own faith. Greg Wnek, a devout Catholic who says he likes the humanist band, chatted amiably with Muse after the show.

"I appreciate that he's comfortable enough to sing about that but still shake my hand, even though I have three crosses, and even though I'm completely Christian, and I have not lost my faith, and I'm heavily rooted in it," Wnek says.

While songs about non-faith built Quiet Company's fan base — last year, they were asked to entertain the American Atheists convention — the musicians are uncomfortable being the rock 'n' roll standard bearers for atheism. Muse says they're ready to move on.