Accessibility links
The 'Anchorman' Legend Continues, And It's Everywhere The upcoming sequel to the 2004 film has been running a veritable marketing blitz between viral videos, car commercials and even an in-character appearance by star Will Ferrell on a local newscast. 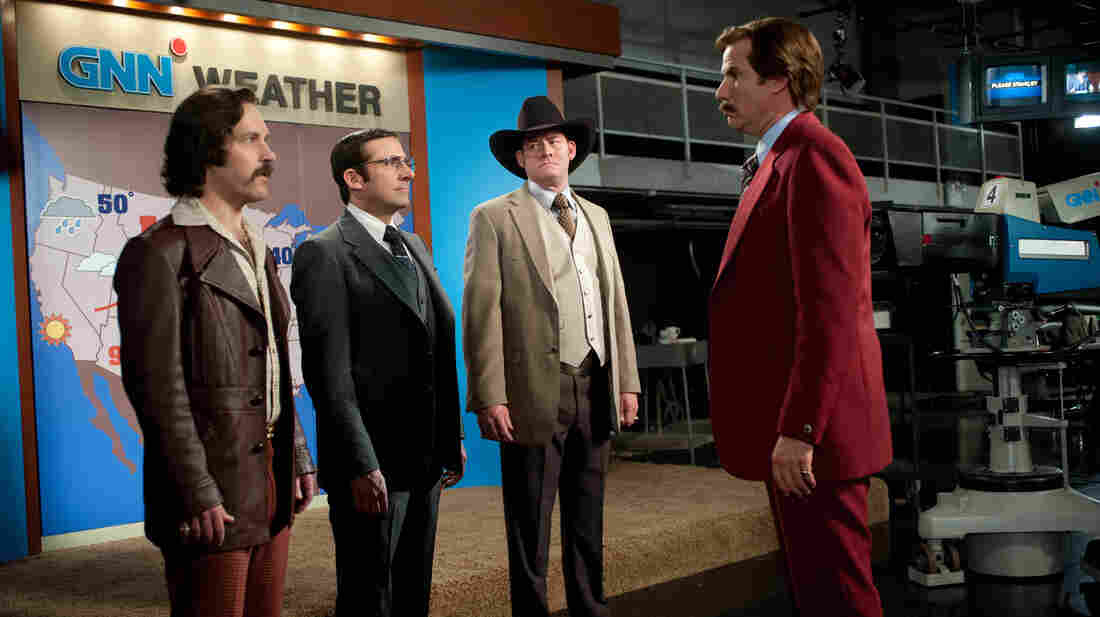 The massive marketing campaign for Anchorman 2: The Legend Continues has gone way beyond trailers and commercials. Some critics say the journalists are embarrassing themselves — and some say the character has become tiresomely ubiquitous. Gemma LaMana/Paramount Pictures hide caption 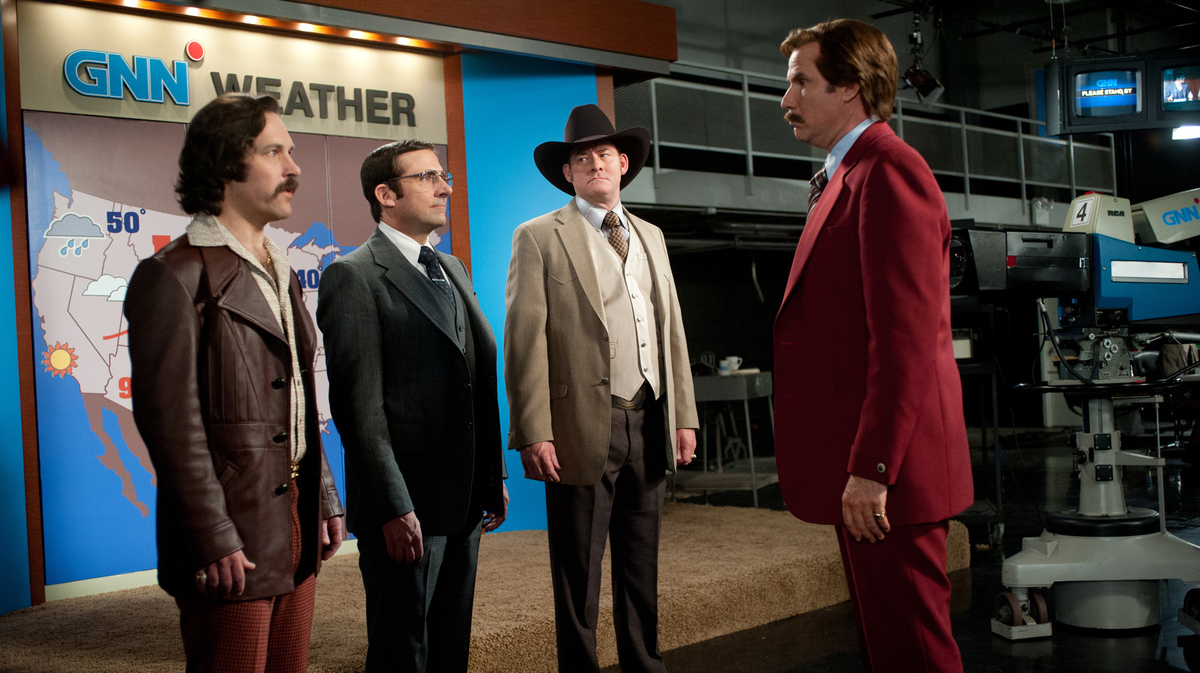 The massive marketing campaign for Anchorman 2: The Legend Continues has gone way beyond trailers and commercials. Some critics say the journalists are embarrassing themselves — and some say the character has become tiresomely ubiquitous.

Way back in March, actor Will Ferrell took the stage on Conan O'Brien's talk show in full character as Ron Burgundy, the '70s-vintage, dopily misogynistic hero of the 2004 movie Anchorman. Lapels flaring, jazz flute in hand, he announced that the world would have to wait another nine months for the sequel, Anchorman 2: The Legend Continues.

The marketing blitz has only intensified since then. A Ben & Jerry's ice cream tie-in. An Anchorman exhibit at Washington, D.C.'s Newseum. Seventy car commercials starring Ron Burgundy. (Chrysler reported record sales after they went viral on YouTube.) An event at Emerson College in Boston naming their communications department after him, if only for a day. A Ron Burgundy "autobiography" — excerpted in The New Yorker. Appearances on ESPN, MTV, even a Canadian curling competition.

The scorched-earth media strategy is designed to work in a world of millions of screens, says Ben Carlson of the social-media tracking company Fizziology.

That would be the real-life North Dakota evening news show that "Ron Burgundy" co-anchored over the weekend. In his wig and fake mustache, Farrell chatted genially about Christmas shopping, hockey and the weather with obviously star-struck local news personalities for 30 minutes.

"It's a fairly serious violation of news ethics," says Robin Abcarian, who observed in a recent Los Angeles Times column that a news program should perhaps refrain from getting turned into a giant promotion for a movie. Plus, she added, the program wasn't even that funny.

But Carlson says Abcarian's position puts her in a tiny minority.

"So far the conversation around this film this past week has been only 2 percent negative," he notes, allowing that "some of that negativity is related to people already being a little sick of the Ron Burgundy character."

"That would be my feeling," says NPR film critic Bob Mondello, who recently saw the movie. Frankly, he didn't feel it was worth a review. But for the sake of this story, he consented. Here it is:

But Anchorman 2: The Legend Continues has already racked up about 50 million mentions on social media — more than 50,000 this week alone. That's more than all of the other movies opening Dec. 18 combined. As Ron Burgundy might say, "Don't act like you're not impressed."