Accessibility links
Social Security Fight Exposes Democratic Divide On Populism Fissures in the Republican Party have drawn a great deal of attention over the last year. But this week, the Democrats' economic disagreements came into full view. When it comes to Social Security, not all Democrats think expanding the program is a good idea. 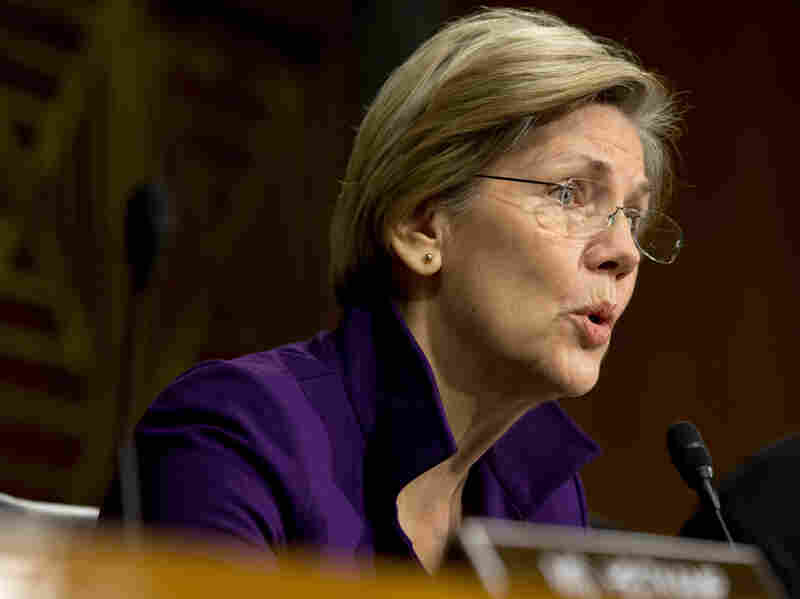 Sen. Elizabeth Warren, a Massachusetts Democrat, is leading a push to increase Social Security benefits. But her whole party is not in agreement on the issue. Jacquelyn Martin/AP hide caption 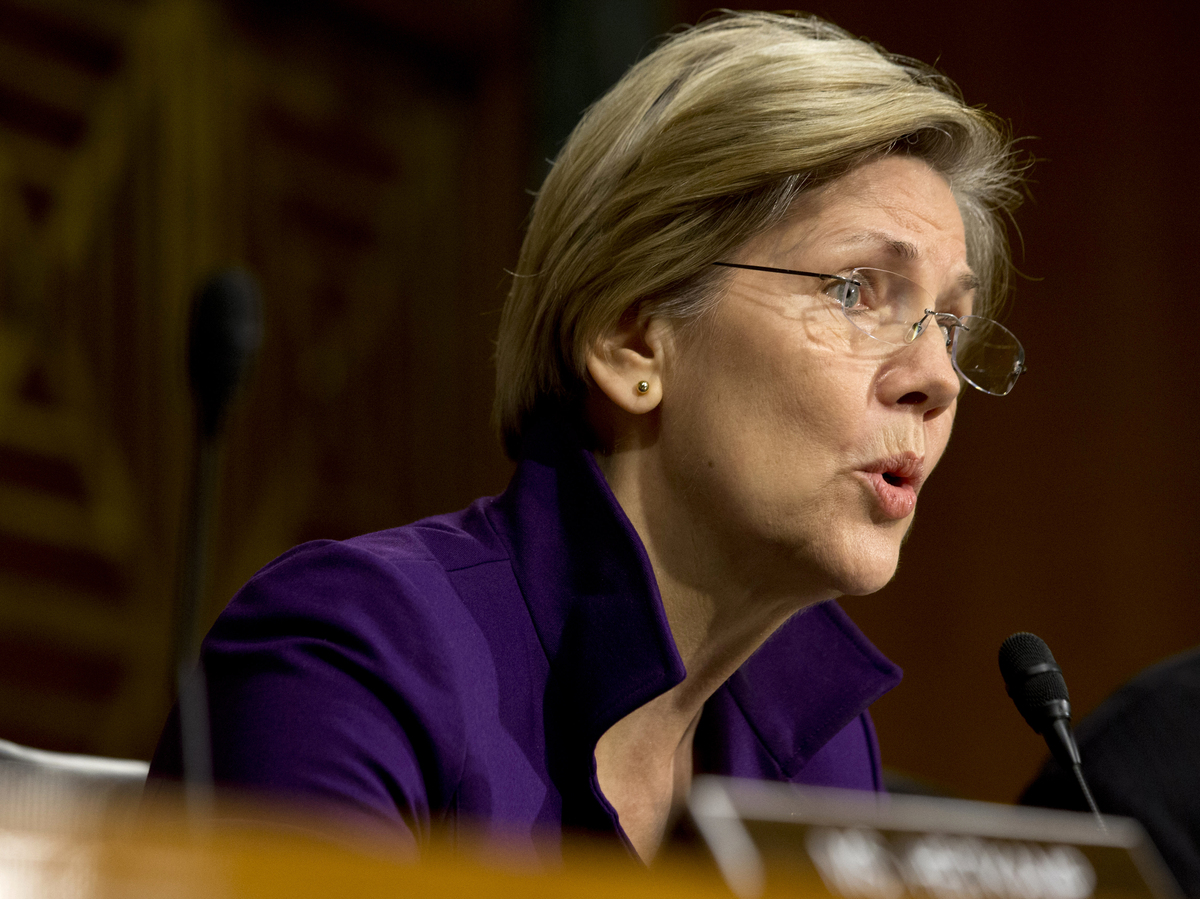 Sen. Elizabeth Warren, a Massachusetts Democrat, is leading a push to increase Social Security benefits. But her whole party is not in agreement on the issue.

American politics is having a populist moment, with voters angry and frustrated with all big institutions in American life.

The backlash against big government found its expression on the right with the Tea Party. The tensions between that movement and the Republican establishment have been on full display.

This week saw similar tensions arise among Democrats, starting with an op-ed on Monday in The Wall Street Journal by the leaders of the centrist Democratic think tank Third Way. The headline calls economic populism a "dead end for Democrats."

"We wrote this because there needs to be a serious discussion — and this seems to be the right time to have it — about what we're going to be doing with entitlements and investments in this country," says co-author Jim Kessler. "There's a belief, I think, on one end of the party — not with everybody but with some — that we can have it all, we can expand entitlements and we can have investments. And our view is that's just not realistic."

Kessler's op-ed also took aim at populism as a political strategy, warning Democrats not to follow Sen. Elizabeth Warren of Massachusetts over the populist cliff. Warren is a hero to those in the liberal wing of the party who see her as the scourge of Wall Street.

The op-ed got a furious response from Warren and her supporters, including Adam Green, co-founder of the Progressive Change Campaign Committee.

"Third Way is a corporate-funded think tank," Green says. "In contrast, the Elizabeth Warren wing of the Democratic Party speaks to the overwhelming majority of Americans that really want an economy that looks out for the Little Guy. And for them to take on both Social Security and Elizabeth Warren in their piece was pretty outrageous."

Like all intraparty feuds, this one can seem a little exaggerated. After all, both Third Way and the progressive groups support the Dodd-Frank Wall Street-regulation bill, and they both support raising taxes on the wealthy.

On Social Security, both want to increase the amount of income subject to payroll taxes, although Warren and her allies would raise it more. But the center and the left do part ways on the new push by progressives to expand Social Security benefits.

"Seniors have worked their entire lives and have paid into the system, but right now, more people than ever are on the edge of financial disaster once they retire — and the numbers continue to get worse," Warren said on the Senate floor in November. "That is why we should be talking about expanding Social Security benefits — not cutting them."

This new populist energy in the Democratic Party is fueled by growing frustration over income inequality, a shrinking middle class and the sense that Wall Street escaped responsibility for the financial crisis.

Democratic strategist and Fox News contributor Joe Trippi says what's happening now is the beginning of an intraparty battle that will go on for the next three years, as Democrats prepare for the 2016 election. Trippi, who ran the 2004 populist campaign of Howard Dean for president, says the battle will be fought along the ideological fault line that divides centrist Democrats from progressives.

"Obama's masked that," Trippi says. "His success at winning two elections in a row has kind of masked that division in the Democratic Party, pushed it under a little bit, particularly now as 2016 nears. There isn't somebody to bridge that gap ... and you're going to start seeing that division come out in the open a little bit."

Any successful Democratic presidential candidate will have to rise on the support of both wings, just as Barack Obama did, and Bill Clinton before him. But Green says that any candidate will be vetted by the progressive grass roots.

"Every Democrat will have to answer those questions, including Hillary Clinton. And if she answers wrong on those questions, there will be a lot of political space left for some insurgent Democrat to run and potentially pull another Obama."

Warren says she won't be that insurgent: She says she plans to serve out her full term in the Senate — just as Obama promised, before he changed his mind.