Accessibility links
Gillian Anderson On 'The Fall' And Getting Arrested In High School The X-Files actor's latest project is a British police procedural in which she plays the enigmatic Detective Superintendent Stella Gibson. Anderson tells NPR's Scott Simon what drew her to Gibson as a character, and how her London roots contributed to her fateful nomination as most likely to get arrested in high school. 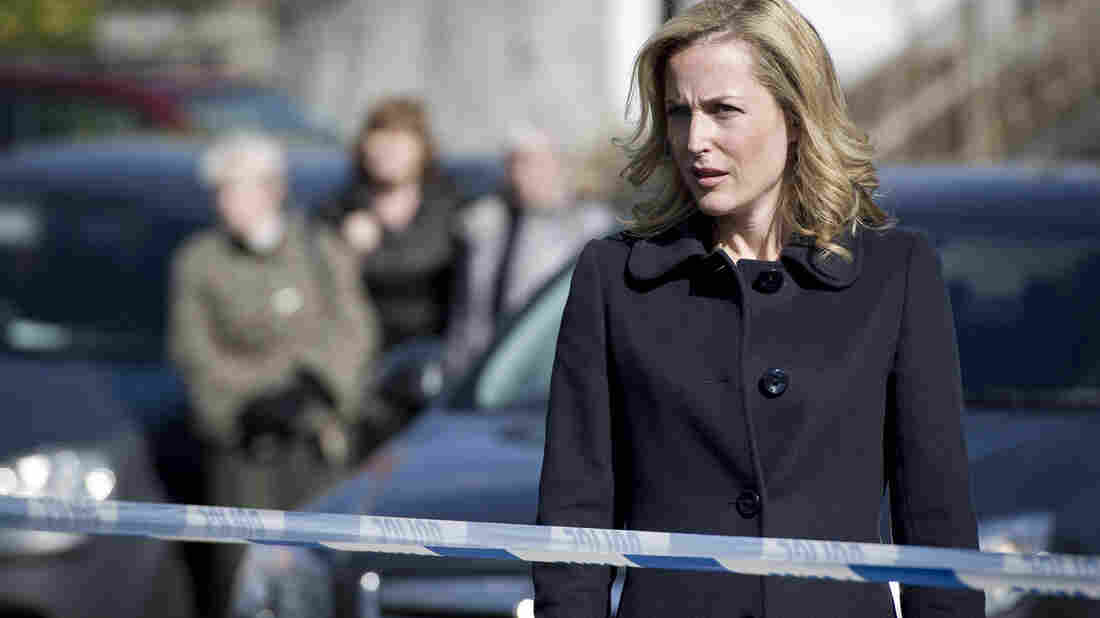 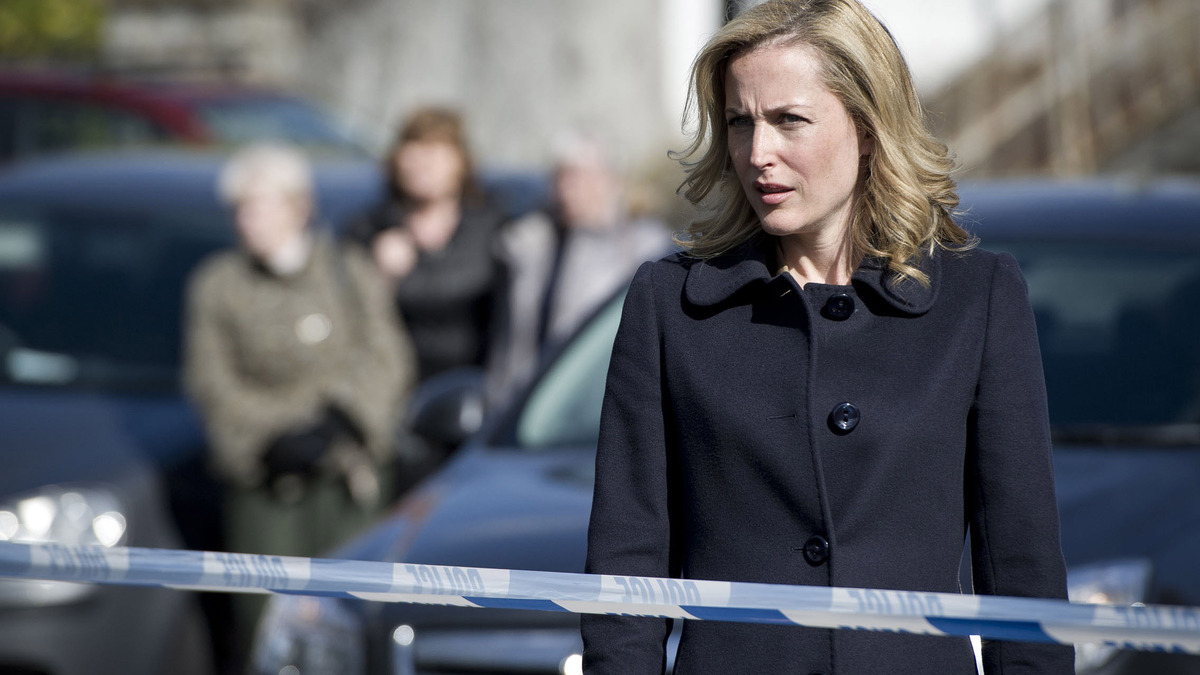 There's been a string of unsolved murders in Belfast, Northern Ireland, so they have to bring in the heat from London. Detective Superintendent Stella Gibson appears to be the embodiment of what people in Belfast often don't like about London: She seems cool, correct, fiercely intelligent, but icy.

The London detective is the central character of The Fall, a British series that was a huge critical and commercial hit there this year and is now available in the U.S. on DVD. Gibson is portrayed by Gillian Anderson, the American-born actor who, until maybe now, was best known as Dana Scully from the X-Files.

Anderson tells NPR's Scott Simon about The Fall's European flavor and the time she was voted most likely to get arrested in high school.

The Movie Gillian Anderson Has 'Seen A Million Times'

On what drew her to the character of Gibson

[As with] most jobs that come my way, it came first in the form of a script. And there's something about [creator] Alan Cubitt's writing that kind of gets under your skin. So from the moment I turned the first page, I couldn't put it down for his writing. But I also was very intrigued by this character of Gibson and didn't feel like I'd really read a character like her before, encountered a character quite like her before. And she continues to remain an enigma for me.

On how much she and the show were influenced by the British police procedural Prime Suspect, which starred Helen Mirren

I'm a huge fan of Helen Mirren, that goes without saying. I think it was always something that I held in the back of my mind as something to aim for. And [The Fall] could have gone a few ways in the way that it was shot, and it certainly could have been shot differently and felt more Americanized. And I felt very strongly, because of Prime Suspect, that it [have] a grittiness to it. It ... has a European flavor and it comes off the page.

On moving to London after The X-Files ended

I grew up in London. ... We moved to Michigan when I was 11 and our intention was always to move back. That never happened. But in my mind, that was home. ... London was always going to continue to be in my life as an adult and I knew that.

I had started to become interested in the punk scene and started to dress differently than a lot of the kids in Grand Rapids, Mich. ... I looked like somebody that might be arrested.

On being voted most likely to get arrested in high school

When we moved to Michigan ... my folks still had a flat in London that we would go to in the summertime. And through one of those trips I had started to become interested in the punk scene and started to dress differently than a lot of the kids in Grand Rapids, Mich., were dressing. And I got my nose pierced and I started to shave my head and dye my hair and wear a lot of black. And so I looked like somebody that might be arrested. ... I was a bit of a class clown, usually the one that people would get to do the things that they were afraid to get in trouble for. So the mixture of those two things contributed, no doubt, to that vote.

And, in fact, on graduation night, I was arrested. ... I had a boyfriend at the time who was a couple centuries older than I was and I'd convinced him that we should go and glue the locks of the school so that people couldn't get in in the morning. And lo and behold, they had a security guard because it was graduation night and they were concerned that idiots like me might try and do something like that.