Accessibility links
Not My Job: Nick Lowe Gets Quizzed On Peace, Love And Understanding We ask the artist behind "What's So Funny 'Bout Peace Love and Understanding" three questions about hilarious instances of human kindness. (You can also hear songs Lowe performed live at our taping.) 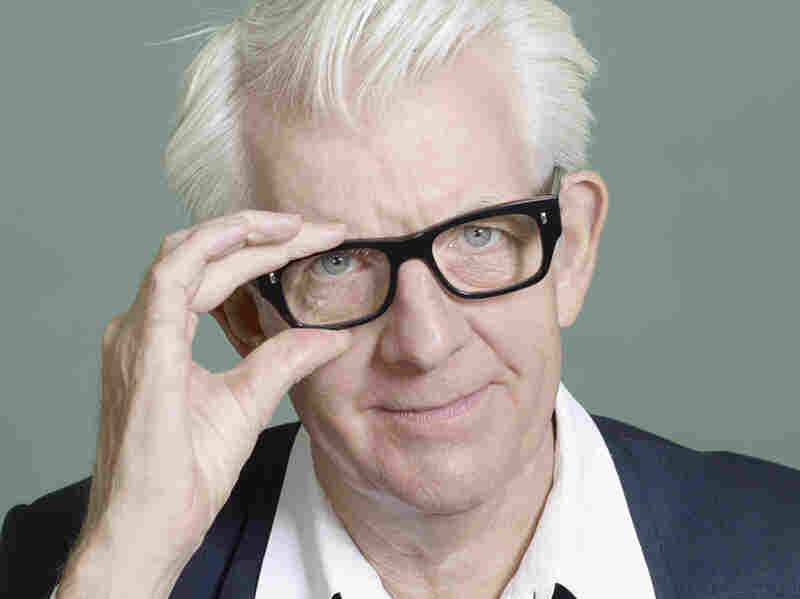 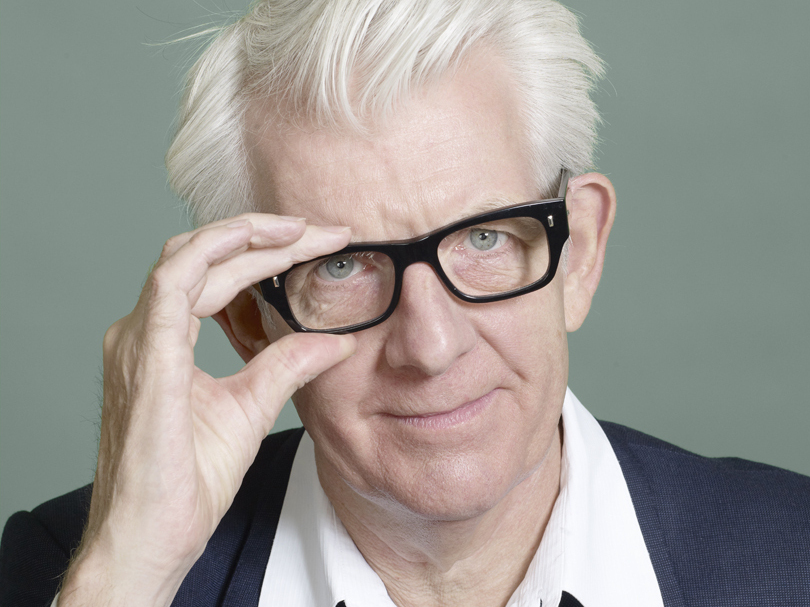 Nick Lowe was one of the founders of the Great British rock explosion of the 1970s, writing songs like "Cruel to Be Kind and "What's So Funny 'Bout Peace Love and Understanding." He's just released a new album of Christmas songs called Quality Street — A Seasonal Selection For All The Family.

Since Lowe's lyrics would lead us to believe there isn't anything funny about peace, love or understanding, we'll quiz him on three hilarious instances of human kindness.

And now the game where we reward a lifetime of being cool with 10 minutes of being lame.

SAGAL: Nick Lowe was one of the founders of the Great British rock explosion of the 1970s, writing songs like "Cruel to Be Kind" and "What's So Funny About Peace Love and Understanding." He's got a new CD out, an album of new Christmas songs. It's about time; were all getting pretty sick of "Jingle Bells." Nick Lowe, welcome to WAIT WAIT...DON'T TELL ME!

NICK LOWE: Thank you. Thank you very much.

SAGAL: So it is awesome for me to meet you because you were behind all my favorite music when I was growing up, your own songs, the songs you produced for Elvis Costello, Grant Parker and all those other great bands. Did you guys have any sense right there that you were doing anything new, That you were trying to change things?

LOWE: In a way we did, yes, because when that all started, the music business had got very, very staid, you know. And so we thought we'd do something else. And one of those things was to cause a bit of mischief, really, and kind of tear the playhouse down.

LOWE: Well, we had a lot of fun. I can't remember too much about it, frankly.

SAGAL: That's the surest sign that it happened, I'm told. Now you've written so many songs that have been very well covered by all kinds of interesting people, Elvis Costello and Tom Petty and Johnny Cash, who was your father-in-law.

SAGAL: That must have been an interesting experience, being Johnny Cash's son-in-law.

LOWE: Yes, it was fantastic.

SAGAL: Were you intimidated when you met his daughter, and you fell in love and she's like I'm going to take you home to meet my stepfather, it's Johnny Cash? Don't wear black because that's his thing.

SAGAL: Were you a little intimidated, or was it a time of your life, to hell with it?

LOWE: I was very intimidated, yeah, yeah, but a lovely guy. He and June came to stay with us in our house in London, and John and June turn up, you know, in three taxis, you know, one with them in and two with their luggage. And June dressed head to foot in mink, you know, covered in diamonds, walking down the street, but everyone loved them. I could go on, but...

SAGAL: And what bestirred you to do that?

LOWE: I was approached by my record company, and they asked me if I fancied trying to do one. And at the time I could think of nothing I fancied less.

SAGAL: Would you at this point like to do a song from...?

SAGAL: We'd be very pleased to hear it. Ladies and gentlemen, Nick Lowe.

SAGAL: Well, Nick Lowe, it is a pleasure to have you hear and listen to you talk and sing, but we have asked you here to play a game we're calling...

CARL KASELL: I'll tell you what's so funny about peace, love and understanding.

SAGAL: Apparently, based on your song, you don't think peace, love and understanding can be very funny. We disagree. We're going to ask you three questions about hilarious tales of good feeling among mankind. If you get two right, you'll win our prize for one of our listeners, Carl's voice on their home answering machine. Carl, who is Nick Lowe playing for?

KASELL: Nick is playing for Elyssa Herzfeld of Chicago.

SAGAL: All right first question is about peace, obviously. There was a great attempt at peacemaking that happened just recently when a leader of the NAACP sat down to talk to a leader of the Ku Klux Klan in Wyoming. The NAACP official asked the Klansman why he wanted to be in the Klan anyway. How did the Klan guy explain it? Did he say A, quote, I have a really pointy head, and this is the only hat that fits; B, quote, it's the only way I can wear my lingerie in public and get away with it; C, quote, I like it because you wear robes, and they have secret handshakes.

LOWE: The last one sort of sounds possible. I think he probably said because I've got a pointy head.

SAGAL: Really? And the cone-like hood...

LOWE: Wait a minute, that would be too funny for a guy like that to say, wouldn't it? No, I think it's the last one.

SAGAL: You think it's the last one? You're frighteningly adept at reading the minds of Klan members because you're right.

SAGAL: That's what he said. All right, that's very good. Next question is about love, of course. People like to come up with elaborate schemes to propose to their girlfriends sometimes. One British man named Lefkos Hajii saw his plan go terribly wrong when what happened? A, the lion he had hired to bring the ring up its teeth then tried to eat his girlfriend; B, the enormous helium balloon he had hidden the ring in, so he could pop the question, floated away with the ring; C, he planned a romantic rowboat ride in the middle of a sewage containment pond.

LOWE: I think it's the lion.

SAGAL: You think it's the lion? No.

SAGAL: I wish it were because I'd like to be the man who says you know what would be really romantic. It was actually the enormous balloon. He hid the ring, this $12,000 ring, inside a balloon, and he was going to pop it, it was going to fall out. But of course he let go of it, and it was last seen floating away over London.

SAGAL: All right, this is exciting because if you get this last one right, you will win it all. And of course we've done peace, we've done love, now it's understanding. When the first British ship, commanded by Captain Cook, approached the coast of Australia in 1770, natives, called by the British, Aborigines, ran out to the water and yelled a welcome, they yelled warra warra.

SAGAL: The British sailors with Captain Cook had been warmly welcomed by the natives all over Polynesia. So they assumed they were being welcomed again. They were not. The Aborigines were wise to try to get rid of them. It didn't work. Carl, how did Nick Lowe do on our quiz?

SAGAL: Nick Lowe's new album "Quality Street: A Season Selection For All The Family" is out now. Now Nick, before you go I'm told we have time for one more song.

SAGAL: Would you do so? I would be thrilled.

SAGAL: Support for NPR comes from NPR stations and: Pimsleur Language Programs, offering tools to record an answering machine greeting in 50 languages, learn more at Pimsleur.com; CarMax, offering more than 35,000 used cars and trucks online and in stores from coast to coast, learn more at CarMax.com; and Esurance, with a network of repair shops to handle car insurance claims and provide photos of their progress at Esurance.com.