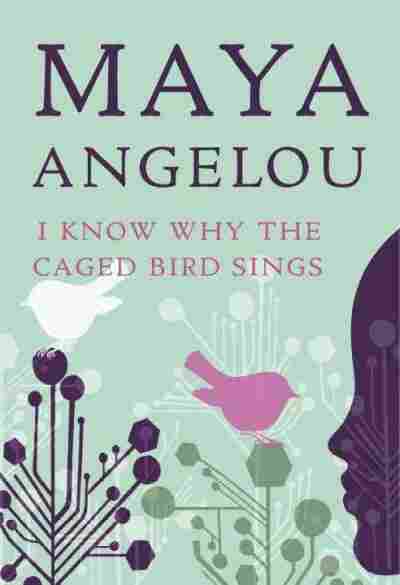 I Know Why the Caged Bird Sings

When I was 13, sex was something I was very interested in, but in a studious way. I wanted to know what had been done to me, as someone researches the keyhole surgery on their knee, after the event.

I had entered the second year of the six years when I didn't speak of the-thing-that-happened-to-me-when-I-was-11, and I was looking for explanations of that thing. And I was looking for ways to introduce the subject to my parents, so they would say, "Oooh, I understand," in an unemotional, chatty way, and we could get that thing out into the open.

In Maya Angelou, I found some answers. Reading I Know Why the Caged Bird Sings explained more to me than the Harold Robbins and Jackie Collins novels that we passed around the classroom ever did. Maya Angelou told me quite clearly — your body is yours. But when I started to speak about it, there was no "Oooh, I understand" from my parents. Instead, I remember, there was a row.

There were a lot of rows at our dinner table. We were a political family in the '70s in London; the wrong color, but denying we were the wrong color. My parents were upper-middle class, intellectual, longing to step down a level and belong to the petite bourgeoisie that surrounded them in our leafy suburb. The church socials were still policed by women in hats and white gloves whose noses practically spelled "snooty" in the air.

We were three girls, going to school where teenage pregnancies were commonplace and boys and girls went off at the drop of a hat to join a band or hitch to Australia. My mother wanted us safe, passing exams, getting to university, wearing matching outfits on Sunday. Maya Angelou's wayward life was distant and not required: Her experiences were seen, I think, as a threat.

Roshi Fernando is the author of a composite novel, Homesick, and many short stories, including Three Cuts and The Fluorescent Jacket. Courtesy of Roshi Fernando hide caption

And yet, in the lusciousness of her language, my 13-year-old self found freedom and kindness and a way forward, a way to hold my head up. In the row, at one point, my mother said: "She once worked as a prostitute! And this is the role model you choose?!" I nodded, and grasped Maya to my heart — her beauteous, succulent words, her cadences singing out to me, a freed bird, winging around my cage.

In reading Maya Angelou, I became more grown-up than the grown-ups. I realized that I understood something that they had not: that pain can be visited on you at any time, child or adult, and it was within you that the answers to that pain were.

My mother loves Maya Angelou now. I didn't win the argument back then, but I feel Maya won it for me in the long run, by living her life so beautifully. And even back then, while I may have lost the row, my mother didn't take the book away. She and my dad were liberal, and approved of us reading anything. The end of the argument went something like, "I wish you'd read something proper" — Mum meant Jane Austen, I guess.

I say the same thing to my kids now, and when I say it, I'm pointing at Maya Angelou.

Read an excerpt of I Know Why the Caged Bird Sings