Accessibility links
Interview: Delia Ephron Author Of 'Sister Mother Husband Dog (etc.).' Novelist Delia Ephron says that losing her older sister Nora was like "losing an arm." But for all their collaboration and closeness, Delia writes about the complications of sisterhood in her new collection of autobiographical essays, Sister Mother Husband Dog (etc.). 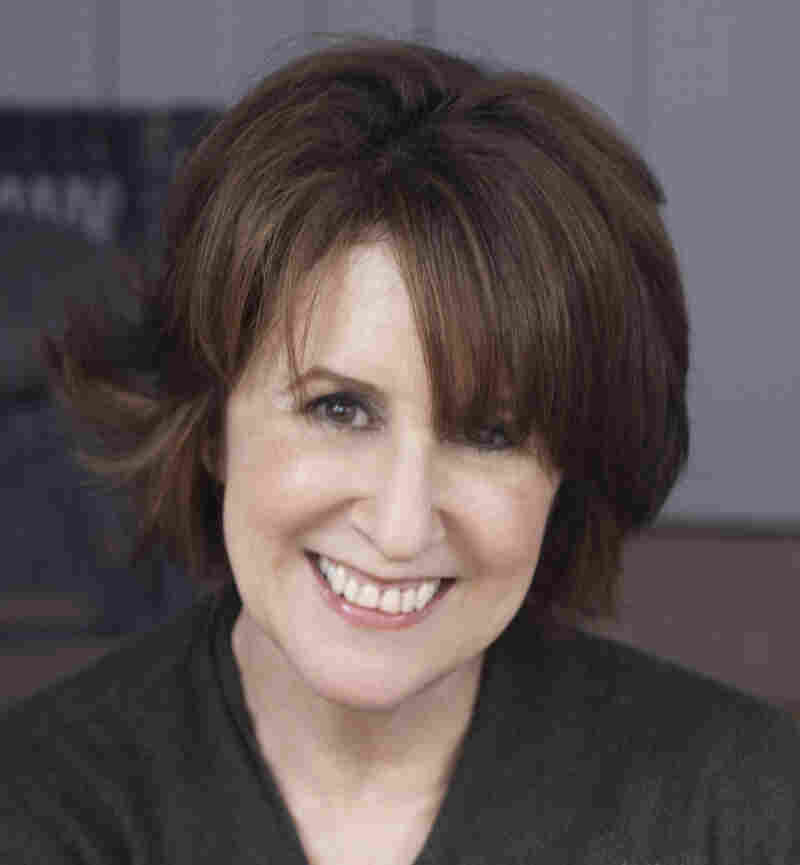 Delia Ephron is a novelist and playwright. Her essays have been published in The New York Times, O, Vogue and the Huffington Post. Her older sister, writer Nora Ephron, died in June 2012. Elena Seibert/Penguin Group hide caption 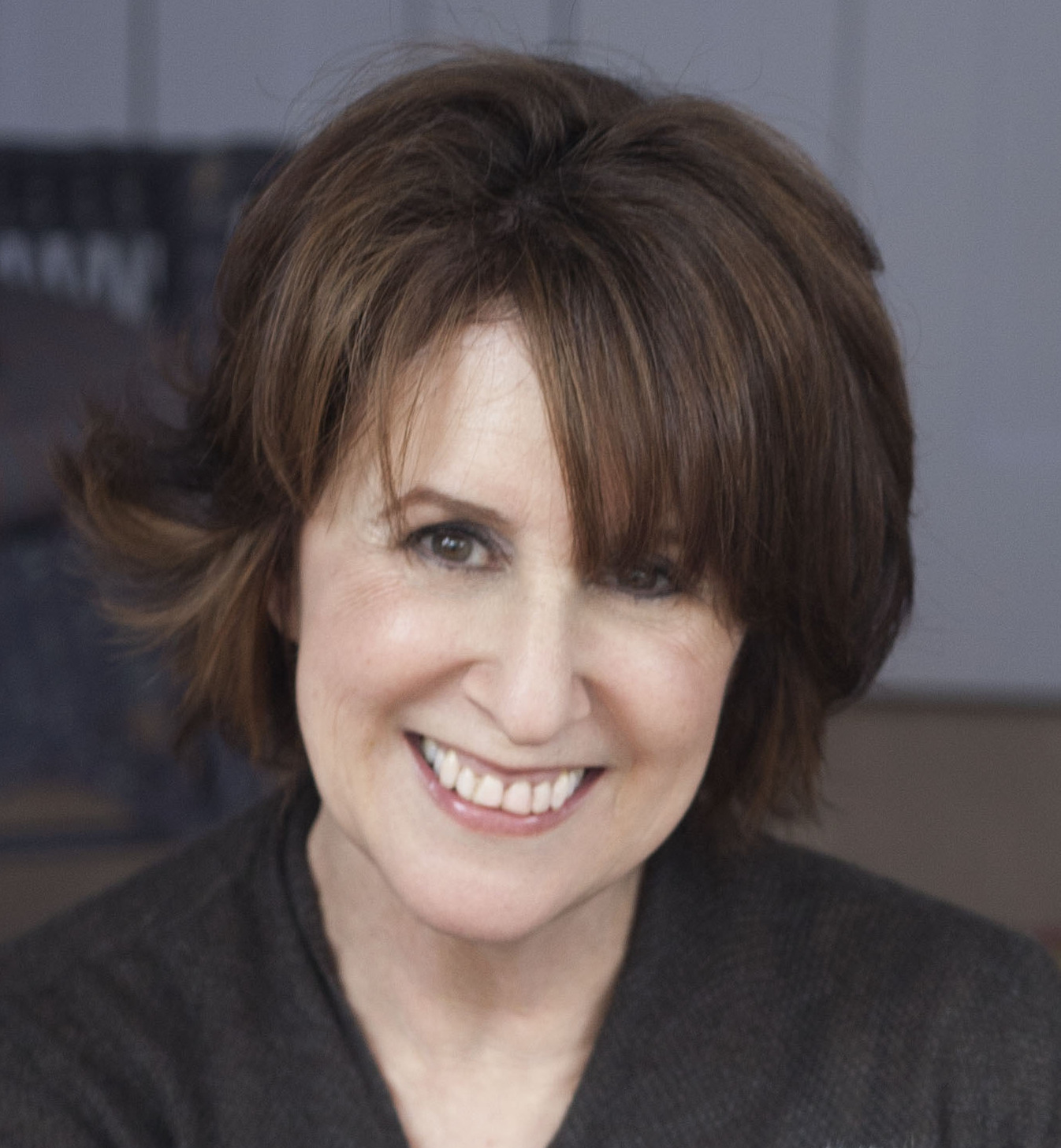 Delia Ephron is a novelist and playwright. Her essays have been published in The New York Times, O, Vogue and the Huffington Post. Her older sister, writer Nora Ephron, died in June 2012.

In the opening chapter of her latest book, novelist Delia Ephron writes that losing her older sister, writer Nora Ephron, was like "losing an arm, it's that deranging." Nora, who wrote When Harry Met Sally, died of acute myeloid leukemia in June 2012. Delia and Nora were writing partners; they co-wrote the movies You've Got Mail and The Sisterhood of the Traveling Pants as well as the off-Broadway hit Love, Loss and What I Wore. Delia was an assistant producer on Nora's film Sleepless in Seattle.

But for all their collaboration and closeness, Delia acknowledges that sister relationships are complicated. "With sisters, is the competition always marching side-by-side with devotion? Does it get to be pure love when one of them is dying, or is the beast always hidden somewhere," she wonders. Her new book, Sister Mother Husband Dog (etc.), is a collection of autobiographical essays.

On writing about sisterhood after Nora's death

[Writing] was just a way to get through the day. I would just go into my office at 4:00 in the afternoon and it was a way to be together. I would write about us. I tried to make sense of it. But I think that I have probably thought about sisterhood and sisters and what that's about more than probably anyone. It has been such a big part of my life. How great it was, how difficult it was, how complicated it is, how uncivilized it is. So when I started to write about it, it was like I almost knew what I wanted to say. 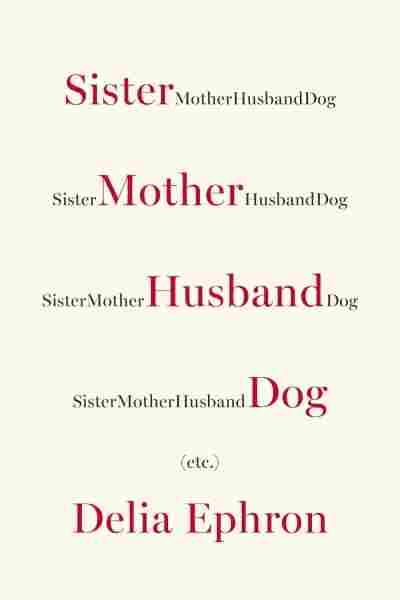 On trying to differentiate herself from her sister

I spent my entire 20s avoiding the entire problem as a way to differentiate. ... [W]hen I did start writing, the first time I understood who I was, I was 32 years old and I wrote something called "How to Eat Like a Child" and it was 500 words about how children eat food. It was very funny, it was on the last page of The New York Times Magazine, and when I wrote it, I looked at it and I thought, "Oh, this is who I am." ...

By the time Nora and I began collaborating I had established an identity, but I absolutely knew that I had to keep writing books because I knew I could get sucked right into hers, that it was never easy. ... It's like having a sister who knew everything she wanted to do from the second she was around and it was such an overwhelming sister to have. And yet, the most loving. ... She was published very young and knew and said, if not in print then certainly to me, she knew that she was going to be successful, very early on, that she had a destiny.

On lessons learned around the Ephron dinner table

I think everything started at the dinner table in my family. I've always wondered about the dinner table in everyone's family because of it. When I was young ... we always had dinner together and we told stories. Whatever crazy thing had happened to me that day I would come home and say it and my father would shout, "That's a great line! Write it down." And he would say, "That's a great title. Write it down," if I said anything that sounded like a title. I had titles for things before I had any idea I'd be a writer. And we sang songs, we sang rounds, we played charades and 20 questions.

My parents ... had this radical past. Here we were in Beverly Hills in this fairly large Spanish house ... all having dinner that my mother had not cooked. She was very proud of the fact that she had made a lot of money and someone else cooked dinner. So there we were singing union songs. They taught us "There Once Was a Union Maid." And they taught us "We Shall Not Be Moved." And we would belt them out. ... I think that's where I learned I knew how to tell a story. That's where I learned I was funny and that it was worth something.

On Nora keeping her cancer a secret

I think that's how she wanted to live. She didn't want that fact to be part of her life. If you're really famous life is very different. Everybody in the world knows "you are a famous sick person," and everyone wants to comfort you. And there's probably no moment of the day where someone isn't going to walk up to you and either give you their sympathies or say that they've also had this problem or that their sister or brother or somebody in their family did. But for Nora she was very private. It wasn't just about illness. ... She just didn't like you to see weakness. ...

She had a play called Imaginary Friends that got a terrible review in The New York Times, unfairly, I thought; I loved the play. I worked with her the next morning, we were collaborating on something then ... and she didn't mention it the next morning. She didn't mention it to me. It's this strange thing with sisters because you're so close, it's like I'd open a refrigerator and take whatever I want but the quality of privacy that we both had — I mean, I never discussed my husband's illness with her because I thought she'd think I was weak because I was worried. ... That's because Nora valued strength among all things. So that choice to me seems the only choice she ever would've made, was to keep it private.

Feminist, Foodie, Filmmaker — Ephron Did It All, And Wrote About It, Too

A Laugh A Minute, On Screen And In Life

On writing about her parents' alcoholism

I am the child of alcoholics — two alcoholics, actually, but more importantly my mother. I was 11 when my parents became alcoholics. ... I believe that nobody has the same parents, that you're born into a family at a different time; that your parents relate to you differently depending on what your personality is and how they connect. I was 11 when this happened and I really had much more time to live in that house. And when you're the child of an alcoholic you are worried all the time. All you can think is, "Are they gonna start drinking tonight?" This is the hardest thing I wrote in the book by far, writing about my mother, and I felt it was so important because of the isolation you have as a child like this. You're always keeping the family secrets. I just don't keep them. I feel really passionately about that. So I became someone who was always trying to figure out what was going to happen. I was a watcher. I was on hyper alert.

What happens is you grow up and you're still worrying. You're looking left and you know something is coming from the right. So you're trying to look in two directions at once, which is completely impossible, as we all know. Those things you develop as a child, those survival things, they hang on and they stay in your life and I really needed to write a lot about that to sort of exorcise the demons.

On how her sister's death changed her view on getting older

I do feel that I have to do everything quickly. I hate to waste a day. ... What I feel now, and I feel much more strongly certainly since Nora's death, is that all we really have is process. How did the work go today? How did the writing go? How did the lunch go with your best friend that you usually love to spend hours talking to? Did you wring every ounce of fun and intimacy out of it? ... When you walked down the street did you notice things? Did you have a good time? Was it crisp out? Was it hot out? What I think happened to me is that I got very focused on the day and making the day matter.