Accessibility links
Supersized Cartoon Library Welcomes 'All Geeks And Dorks' At a new library and museum in Ohio, Superman, the Yellow Kid and Calvin and Hobbes all live together. The Billy Ireland Cartoon Library and Museum houses millions of pages of material, from political cartoons to the most iconic issues of superhero comic books. 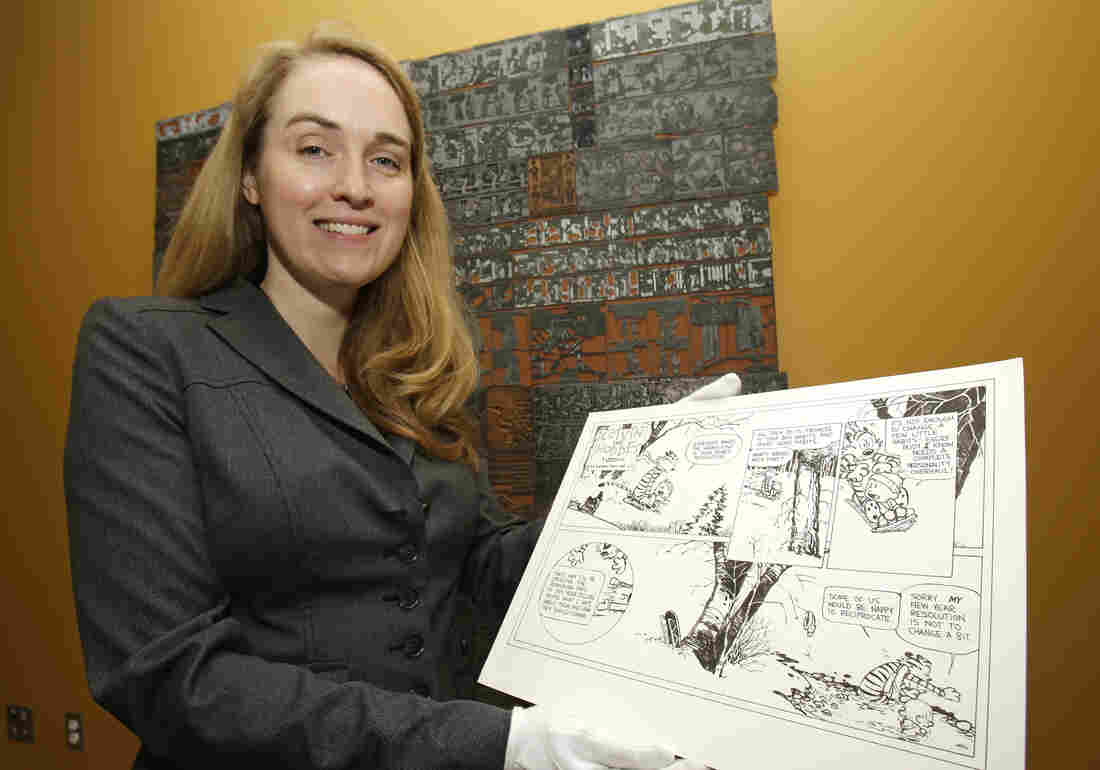 Curator Jenny Robb is in charge of the Billy Ireland Cartoon Library and Museum's vast collection of everything from Calvin and Hobbes to Superman. Tony Dejak/AP hide caption 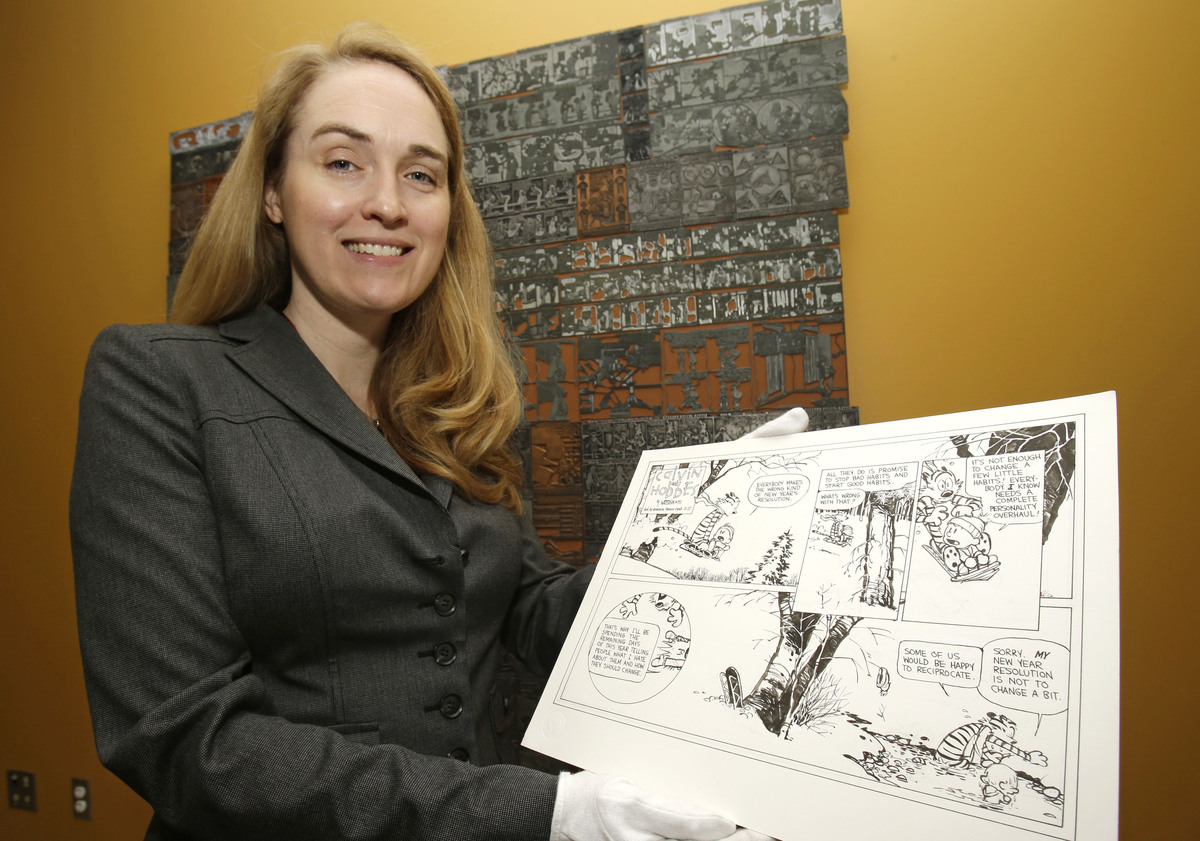 Curator Jenny Robb is in charge of the Billy Ireland Cartoon Library and Museum's vast collection of everything from Calvin and Hobbes to Superman.

Comic book lovers have a new paradise. It's not the Batcave or the Fortress of Solitude; it's a new cartoon library and museum, tucked into a nondescript building on the Ohio State University campus.

Jenny Robb loves comics and cartoons; it's in her job description. She's the curator of the new Billy Ireland Cartoon Library and Museum, named after the famed Columbus Dispatch cartoonist. With millions of pages of material in this free collection, Robb is in charge of geek heaven.

"I do think I have a pretty cool job, and we welcome all geeks and dorks," she says, laughing. "They're sort of taking over the world. I mean the movies, film, literature. ... A lot of people are looking to the geeks and the dorks for guidance. So they're welcome here."

The library has row after row of Japanimation, political cartoons and every other possible type of illustration.

Comics and cartoons "reflect our society; they reflect our culture," Robb says. "It's a very powerful way to tell a story."

Although a few other colleges have similar libraries, Robb says this one is by far the largest. Visitors can find the most iconic issues of Superman and Spider-Man comics, and even the more obscure books. 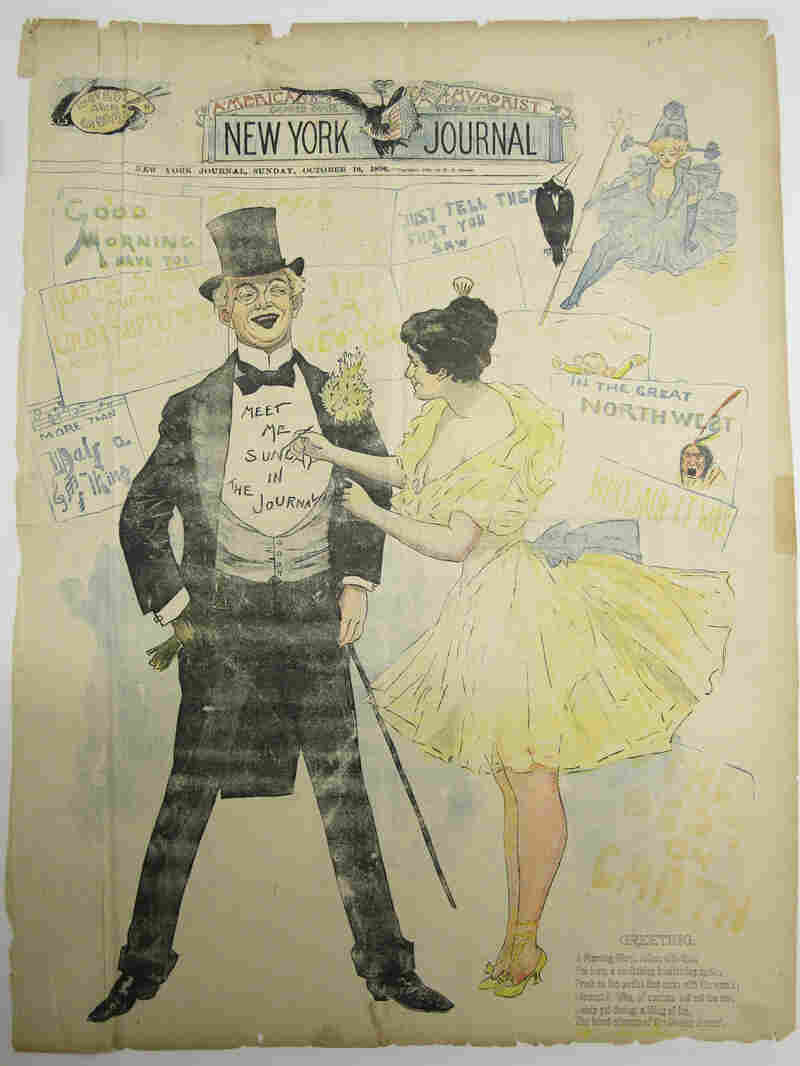 The Oct. 18, 1896, cover of the New York Journal is one of millions of pages of material in the library's collection. Tony Dejak/AP hide caption 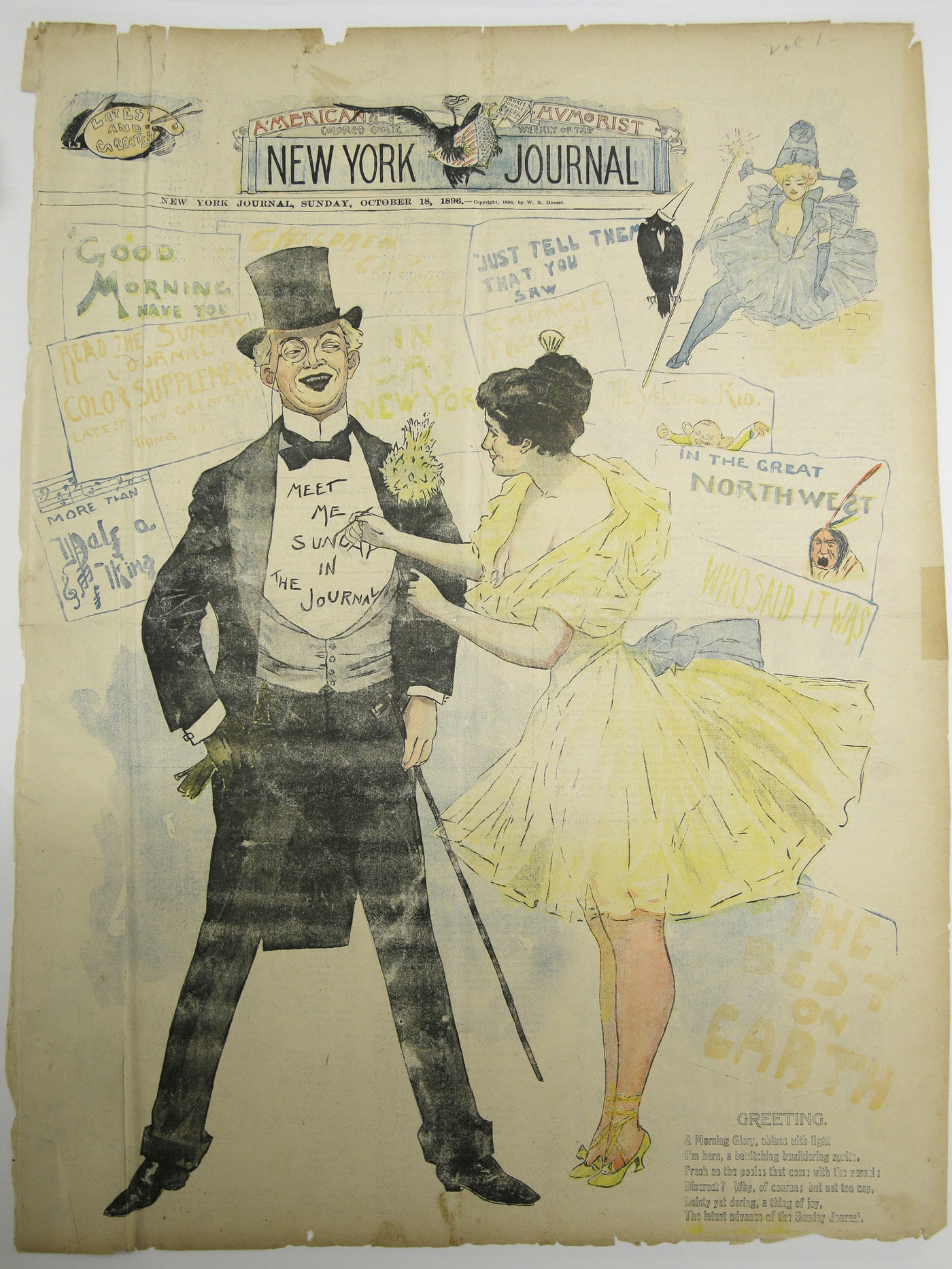 The Oct. 18, 1896, cover of the New York Journal is one of millions of pages of material in the library's collection.

Billy Mount came looking for Batman comics from the 1980s, before the iconic Frank Miller stories, and he was surprised to hear about the library's extensive Calvin and Hobbes collection.

"I actually named my cat after Hobbes growing up. That's awesome," Mount says.

The library also represents an emerging branch of academia. Christina Meyer, a researcher from Germany, traveled to study original copies of The Yellow Kid, a popular 19th century comic strip.

"I had already black-and-white copies from microfilm, but now I could actually finally see them in color, which is so great and amazing and overwhelming," Meyer says.

"It just kind of brought tears to my eyes to think of what that would have meant to me as a young person beginning to sense a passion for expressing myself this way, to be standing in the middle of these great artists," Borgman says.

The library has also been a hit in the local comics scene. Jeff Stang, who manages the Laughing Ogre comic book store a few miles away, was also at the library's grand opening and says it's been the talk among customers.

"It was packed to the gills. It was incredible, and everyone there was just really excited," Stang says. "All the hard work that everyone's put in — it's really finally starting to pay off. And then there's a lot of people coming up [to the store] from there. ... It's nice to see people really getting excited about comics again."