Accessibility links
This Christmas, Get The Kids Books (No Batteries Required) Hey there, befuddled aunts, uncles and family friends. Not sure what to buy for kids who already have everything? NPR's Book Concierge is here to help you find gifts for the offspring of other people. 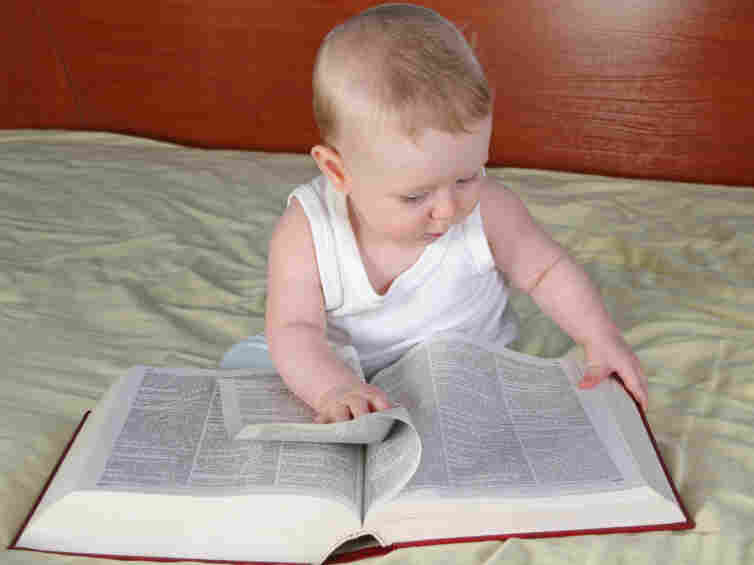 Whoever bought a dictionary for this baby did not consult NPR's Book Concierge. iStockphoto hide caption 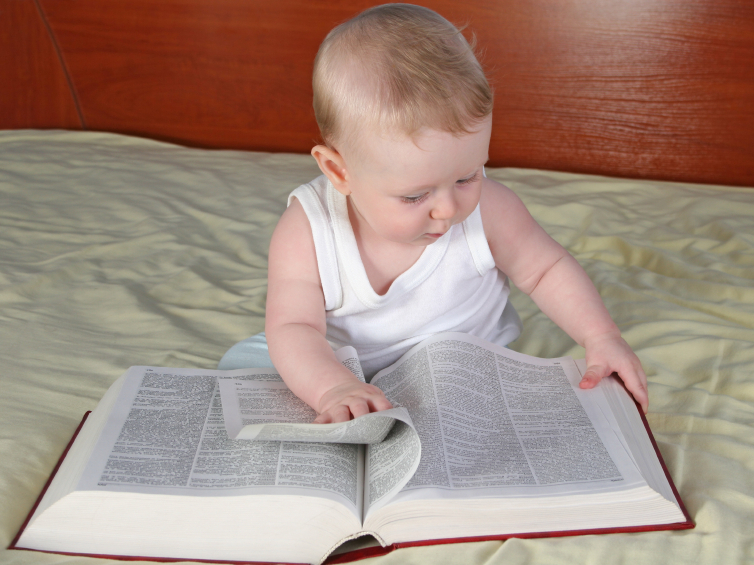 Whoever bought a dictionary for this baby did not consult NPR's Book Concierge.

Hey there, befuddled aunts, uncles and family friends. Not sure what to get for all those nieces, nephews and offspring of other people? This year (for the first time!) we've included kids titles in our year-end best books roundup. Pay a visit to NPR's Book Concierge to see what our staff and critics recommend for kids and teens in 2013.

Librarian Mara Alpert keeps a running list of "top picks" in the children's literature department at the Los Angeles Public Library. When we asked her to share her 2013 favorites, she gave us the stories she could "see a parent reading to a child over and over (and over and over)"; these are the books children will unwrap and then "read under the table at Christmas dinner," she says. The titles on Alpert's list will introduce kids to Japanese baseball, frog noises from around the world, dinosaurs of all different sizes, and even an alternative approach to "This Little Piggy." (Think about it: What are the toes on the other foot up to? Now you can find out.)

For the slightly older set, we turned to children's book author and blogger Lisa Yee. She gave us books about Albert Einstein, a superhero squirrel, a tween music superstar, and a determined pioneer girl. "There's a certain indescribable feeling that washes over me when I read something I love, and I felt that for all the books I selected," Yee says. "What these books have in common is that each is a small gem, the kind readers take to heart." 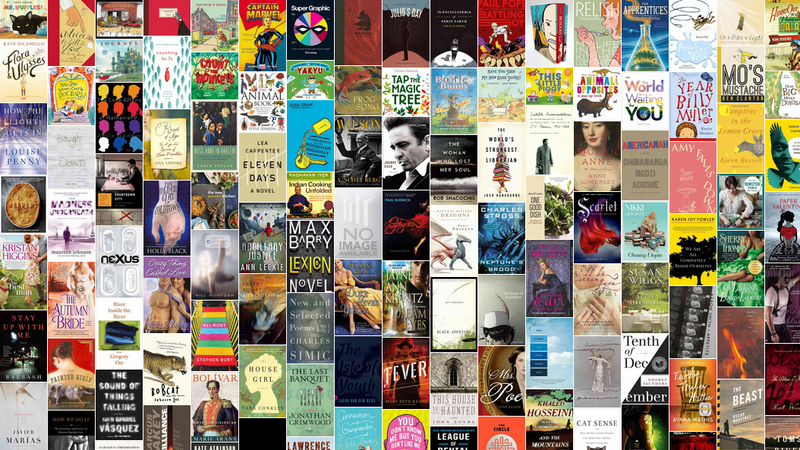 Browse More Than 200 Of This Year's Standout Titles (Including Books For Kids!) NPR Staff hide caption

For the ever-enigmatic teenage crowd, we asked YA writer Alaya Dawn Johnson to help us out. She recommends a masterful mashup of Little Red Riding Hood, a hilarious story about what it's like to be the most beautiful woman in the world, and of course, one book starring vampires.

NPR staffers contributed, too: Monkey See host Linda Holmes recommends Eleanor & Park, a smart, sensitive YA novel about feeling loved and feeling lost. NPR's Backseat Book Club producer Justine Kenin test-drove titles with her own kids and says you can't go wrong with Aces Wild or The Apprentices. Emily Ecton, a Wait Wait ... Don't Tell Me! producer and children's book author, recommends Unicorn Thinks He's Pretty Great (which, if you ask me, is tied for best title on this list with Mr. Wuffles! a recommendation from Weekend All Things Considered staffer Becky Hersher).

So consult the Book Concierge to find a title that fits the kid on your list. I promise: A carefully selected book will long outlast the AA batteries in whatever electronic toy they're begging Santa to bring them this year.

You Might Also Want To Take A Look At ...