Accessibility links
BP Argues Companies Are Unfairly Cashing In On 2010 Spill BP is challenging hundreds of millions of dollars in claims that were filed after the 2010 oil spill in the Gulf of Mexico, saying some have no connection to the spill. But legal experts say the claims don't have to be spill-related and BP is relying on a friendly court to limit how much it will pay. 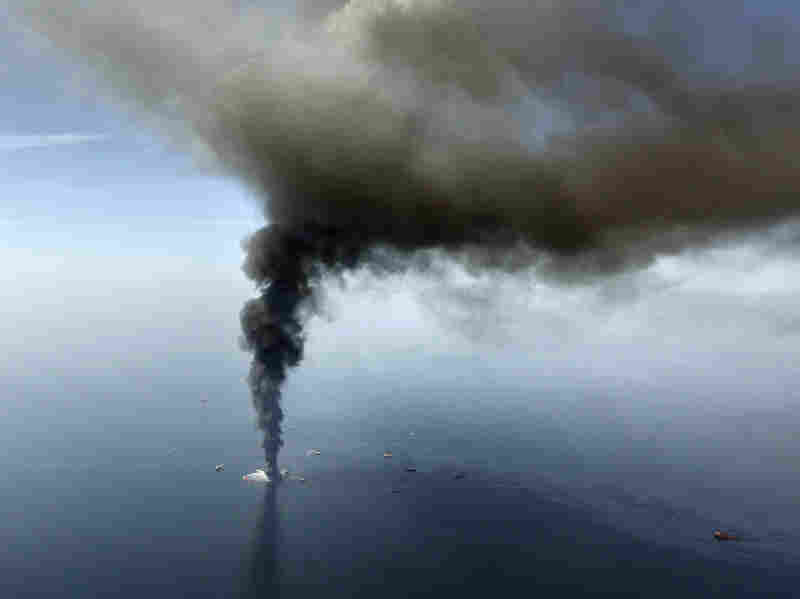 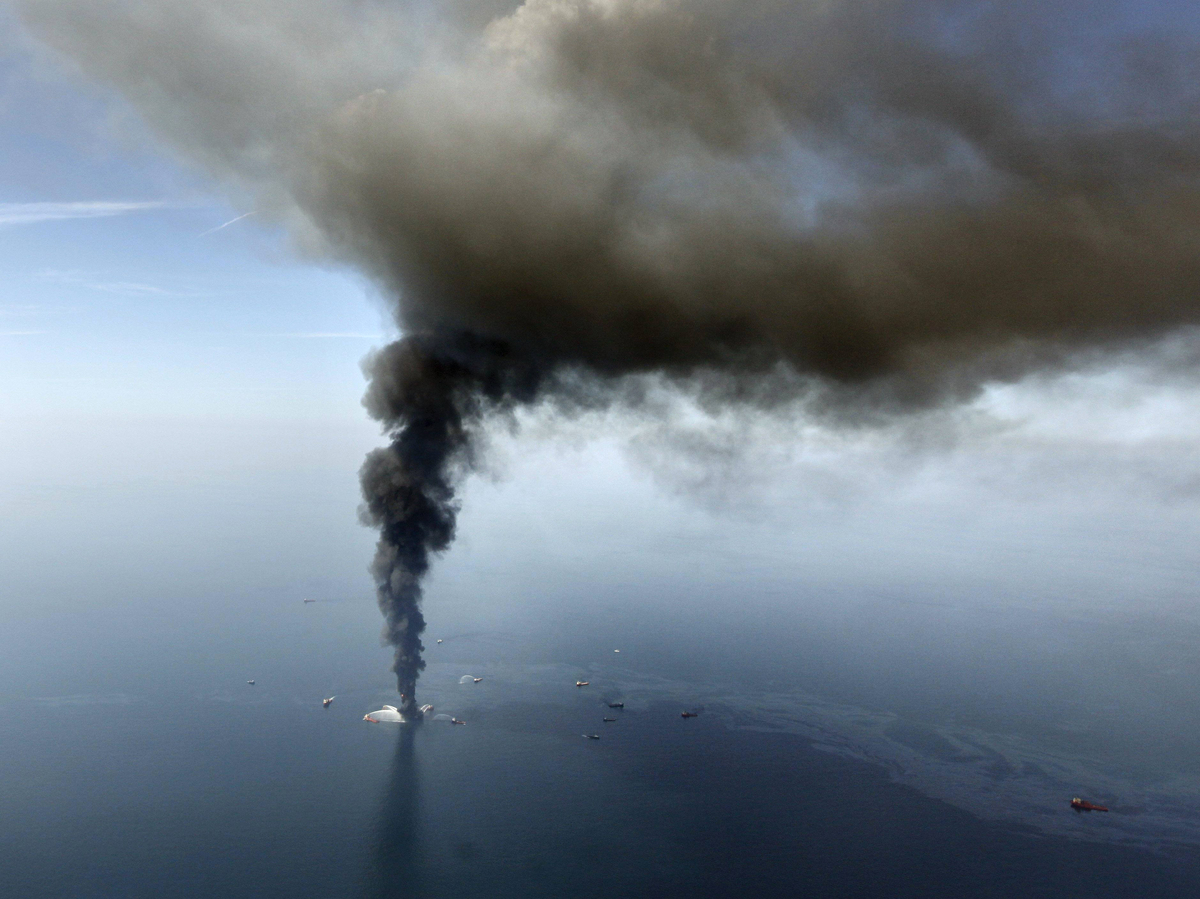 The Deepwater Horizon oil rig burns in the Gulf of Mexico in April 2010.

Oil giant BP is challenging hundreds of millions of dollars in claims that were filed by businesses after the company's 2010 oil spill in the Gulf of Mexico.

The total price tag for BP's oil spill is huge — $42.5 billion. At issue here is a fraction of that — but still a lot of money. BP says $540 million has been awarded to businesses for losses that "are either nonexistent, exaggerated or have nothing to do with the Deepwater Horizon accident."

Still, McLean says he filed a claim for about $40,000 on behalf of the printer. He was able to do this because of the method the claims administrator set up. Essentially, if a business in the region could show its revenue was lower after the spill, the loss was assumed to be spill-related.

That prompted enterprising lawyers to run advertisements looking for clients who might qualify. Some mentioned specifically that losses didn't have to be traceable to the spill.

BP compiled a list of claims it believes should not qualify. They include a farmer who didn't plant a crop in 2010; a lawyer who lost his license before the spill; and an escort service.

BP argues the claims administrator, with federal Judge Carl Barbier's approval, misinterpreted a 2012 settlement the company signed with a group representing thousands of individuals and plaintiffs. Originally, BP estimated the settlement would cost $7.8 billion. But once the claims started rolling in, it was clear the figure would be higher. That's when BP began challenging the claims process in court.

Loyola University law professor Blaine LeCesne says he was surprised BP agreed to such a generous settlement. "They had, probably, the best legal representation in the world," he says. "They very easily could have excluded the kinds of businesses that they're now complaining about."

In exchange for this broad settlement, LeCesne says BP was able to avoid litigating thousands of smaller legal disputes.

Part of the problem may have been BP's desire to settle quickly with plaintiffs. In the months after the spill, the company clearly felt pressure to prove that it was going to do whatever it could to help the Gulf recover. Wrapping up this big settlement was a key part of that public relations campaign.

But now pressure on the company has eased some, and it appears BP's strategy may be evolving.

"Now we're seeing what parties often do with this type of litigation: drag it out," says University of Alabama law professor Montre Carodine. "Eventually, you force people who may have very legitimate claims to leave them on the table because they're tired — you wear them down."

BP argues that it is just trying to get back to the settlement the company originally agreed to in 2012. It's turning to the U.S. Court of Appeals for the 5th Circuit to accomplish that.

"The 5th Circuit is known to be a fairly pro-business circuit," says Tulane University Law School professor Ed Sherman. And so far, the judges there have sided with BP. Claims payments are on hold until the issue is resolved.

Some have speculated this huge settlement could be in jeopardy, but Sherman is not convinced. "I think there's very little likelihood that the entire settlement is going to be brought down, but BP certainly sees an opening now for reducing the amount of claims it has to pay," Sherman says.

Considering how much this spill is costing BP, saving even a few percent can amount to hundreds of millions of dollars.