Accessibility links
Book Review: 'Death Of A Nightingale,' By Lene Kaaberbol and Agnete Friis Nina Borg, the heroine of Death of a Nightingale, is a Red Cross nurse on a mission to save the dispossessed. But she neglects her own family as she rescues those in need in Agnete Friis and Lene Kaaberbol's elaborately plotted page-turner. 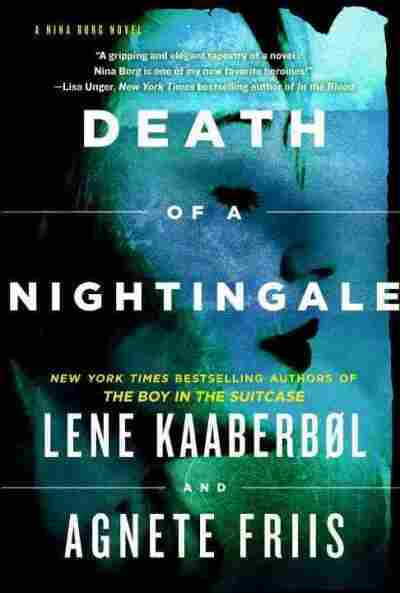 Death of a Nightingale

by Lene Kaaberbol and Agnete Friis

There's an unforgettable moment in the diary of the great Polish writer Witold Gombrowicz. He's on the beach and he spots a beetle that's been blown on its back by the wind and now lies there helplessly, legs wiggling, unable to right itself. Gombrowicz saves it by turning it over. He sees another upside-down beetle, and turns it over. Then, another. Looking along the sand, he realizes that there are so many beetles he can't possibly save them all. Eventually, he gives up trying.

Most of us would do the same. But not everyone is capable of stopping. One such woman is Nina Borg, the Red Cross nurse who's the heroine of a series of mysteries by the Danish team of Lene Kaaberbol and Agnete Friis. First introduced in the bestselling book The Boy in the Suitcase, Nina is so obsessed with helping the vulnerable that she joins the sisterhood of run-amok heroines like Homeland's Carrie Mathison and Lisbeth Salander of The Girl with the Dragon Tattoo. Nina doesn't just have a bee in her bonnet — she has a whole hive.

And it's buzzing away in her latest adventure, Death of a Nightingale, an elaborately plotted page-turner that flits from today's liberal-minded Denmark and mobbed-up Ukraine to the starvation-racked Soviet Union of the Stalinist '30s. At its center is Natasha Doroshenko. She's a Ukrainian emigre who Nina first met a few years earlier when, fleeing a sexually abusive Danish fiance, Natasha took refuge at the Red Cross crisis center where Nina works. Since then, Natasha has been imprisoned for trying to murder her fiance, but as this novel begins, she escapes from custody. When her fiance is found murdered a few hours later, the cops think she's gone back and finished the job.

But Nina doesn't believe Natasha's a killer. Nor does she want Natasha's young daughter, Rina, to be either grabbed by her fugitive mom or used as a pawn by the police. Taking charge of Rina, she tries to find out what led Natasha to suddenly snap and flee the authorities. What Nina doesn't know — but Natasha knows all too well — is that the cops aren't the only ones after Natasha. She's also being pursued by Ukrainian agents and by a mysterious, deeply sinister old woman she thinks of simply as The Witch.

Now, if you read much Scandinavian crime fiction you know that — compared to the American, British or Italian models — they're steeped in social conscience. This is strikingly true of the Nina Borg novels. For starters, all three books are haunted by the westward diaspora of Eastern Bloc people in the wake of Soviet communism's collapse, a wake so violently messy that its ripples are felt in Western Europe. These ripples are felt first by those like Nina, whose vocation puts her in daily contact with Lithuanians, Hungarians and Ukrainians fleeing their past and seeking a new life in Copenhagen. 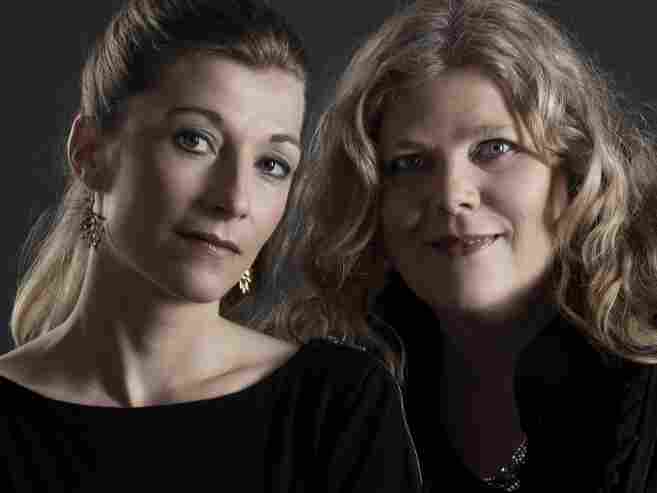 Agnete Friis and Lene Kaaberbol are the Danish authors behind The Boy in the Suitcase and Invisible Murder. Lisbeth Holten/Courtesy of Soho Crime hide caption 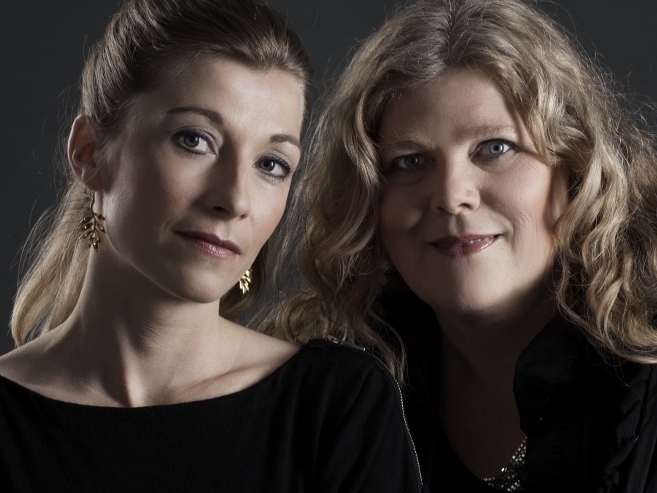 Agnete Friis and Lene Kaaberbol are the Danish authors behind The Boy in the Suitcase and Invisible Murder.

At the same time, Kaaberbol and Friis take the migration theme in a fresh, feminist-inflected direction. They don't revel in the usual stereotypes — you know, vulgar Russian gangsters with diamond-studded teeth or tragic, long-legged prostitutes. Instead, books like Death of a Nightingale focus on the most powerless, and thus the most endangered, of migrant newcomers: women and, especially, children. Working with victims, not criminals, Nina encounters kids threatened with all manner of ghastliness and the desperate mothers who'll do anything to save them. We understand why Nina's driven to get involved.

Yet her boundless sympathy with the dispossessed, born of childhood trauma, also makes her a real pain. She's both heroic and frustrating, the kind of person who judges other people for not caring enough — even as she forgets to care about her own family. She routinely fails in simple maternal duties, like picking up the kids from school, because she's so busy helping somebody else's children. She's on "a one-woman crusade to save the world," complains her estranged husband, Morten, a crusade that sucks their own children into what he calls her personal "war zone."

Still, even as Nina knows that she goes too far — often putting herself in harm's way — she can't rein herself in. And as Death of a Nightingale makes clear, the world of Red Cross work doesn't help her out. Like Gombrowicz on the beach, she keeps coming across suffering beings who need to be rescued. But unlike him, she keeps on rescuing. For Nina, compassion fatigue isn't a real syndrome. It's merely an excuse.

Read an excerpt of Death of a Nightingale