Accessibility links
Supreme Court Bolsters Prosecutors' Use Of Psychiatric Exam The justices ruled unanimously that the Kansas Supreme Court should not have overturned the murder conviction and death sentence of a man who said he was high on crystal meth when he killed a sheriff near Wichita. The high court says the state can use a psychiatric exam as evidence to refute the defendant's case. 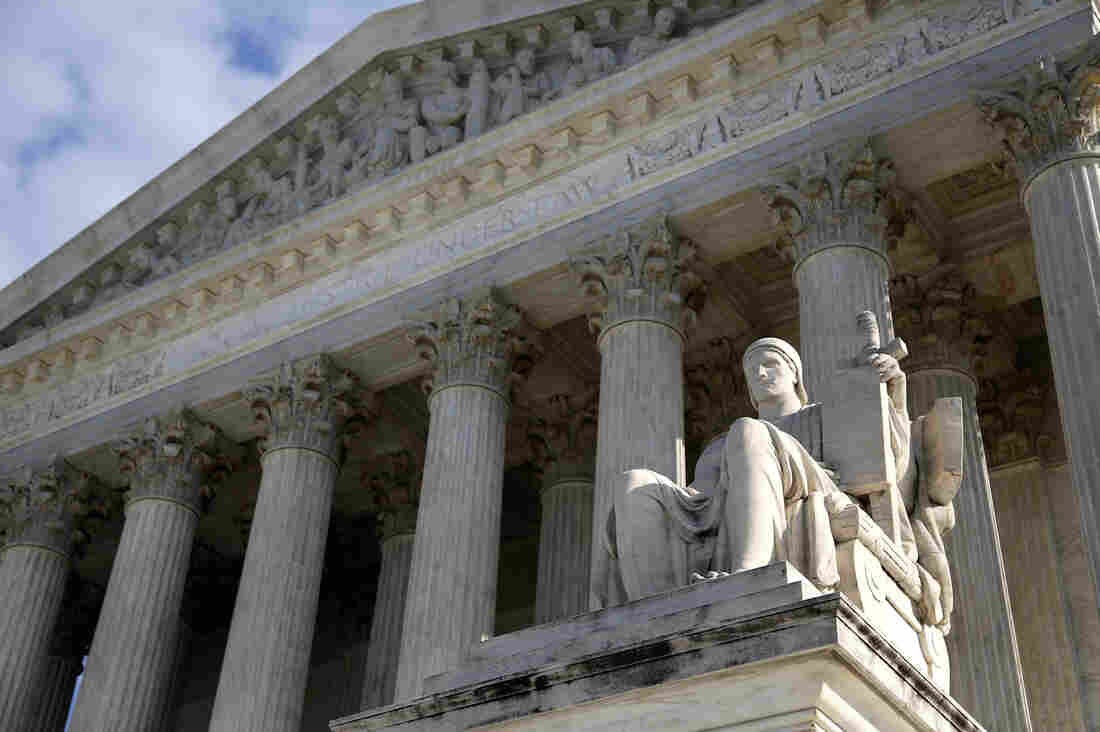 The U.S. Supreme Court ruled unanimously Wednesday that the Kansas Supreme Court should not have overturned the conviction and death sentence of a Kansas man. Jonathan Ernst/Reuters/Landov hide caption 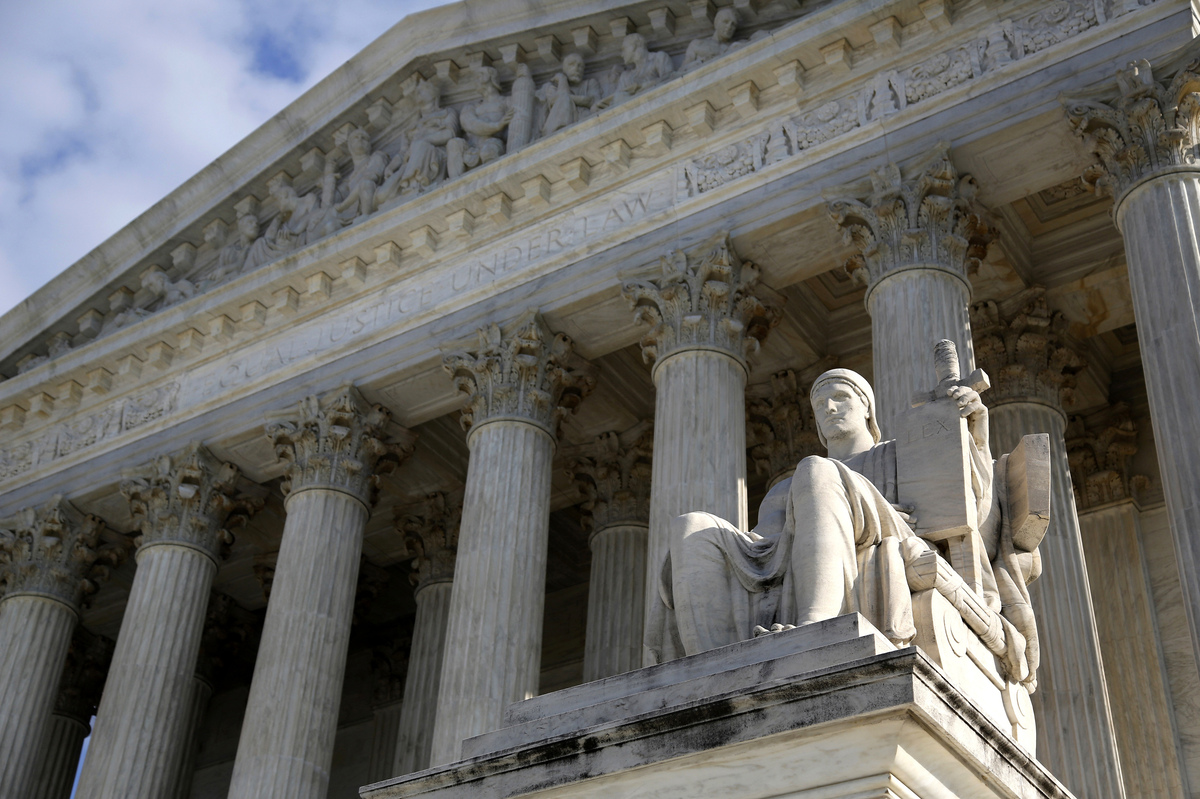 The U.S. Supreme Court ruled unanimously Wednesday that the Kansas Supreme Court should not have overturned the conviction and death sentence of a Kansas man.

A unanimous Supreme Court ruled Wednesday that when a criminal defendant claims he did not have the requisite intent to commit a crime, the state may put on contrary evidence derived from a state psychiatric exam.

In such circumstances, the court said, using the psychiatric evaluation does not violate the Constitution's privilege against self-incrimination.

The decision involves a brutal 2005 murder case from rural Kansas.

When Greenwood County Sheriff Matthew Samuels and two deputies arrived to arrest Scott Cheever for stealing firearms from his stepfather, Cheever was waiting for them. As the sheriff walked up the stairs, Cheever stepped out of the bedroom where he'd been hiding and shot the sheriff in the chest. Moments later, he returned to shoot the sheriff — now on the floor and bleeding — again.

Charged with capital murder, Cheever claimed that he had been cooking and injecting himself with methamphetamines all day when the crime occurred, and that he was so drunk with drugs that he was incapable of forming the necessary intent to kill.

When the case got to the U.S. Supreme Court, the question was whether a court-ordered psychiatric exam that took place before trial, and over defense counsel's objections, could be used by the prosecution at trial to rebut the defense's claim that Cheever did not have the intent to kill needed to qualify the shooting as a capital murder.

At trial, the defense called Roswell Lee Evans, dean of Auburn University's school of pharmacy, who testified that Cheever's brain had been damaged by long-term methamphetamine use. Evans also testified that on the day of the killing, Cheever's actions were "very much influenced by" his "acute intoxication" from meth.

To rebut that testimony, the prosecution called Michael Welner, the psychiatrist who had conducted a pretrial court-ordered psychiatric evaluation. Welner testified that Cheever shot the sheriff because of his antisocial personality, not because his brain was impaired by drugs.

The jury sentenced Cheever to death. But the Kansas Supreme Court threw out the conviction, ruling Cheever's constitutional right not to incriminate himself had been violated when prosecutors were allowed to put on evidence from the court-ordered psychiatric exam.

The U.S. Supreme Court disagreed. Writing for the court, Justice Sonia Sotomayor said that "when a defendant presents evidence, through a psychological expert who has examined him, the government likewise is permitted to use the only effective means of challenging that evidence: testimony from an expert who has also examined him." Any other rule, she said, would "undermine the adversarial process" and allow a defendant to provide the jury with a one-sided and potentially inaccurate picture of his mental state at the time of the crime.

But Cheever's case is not over. His attorneys on Wednesday asked the Kansas Supreme Court to consider a question the U.S. Supreme Court specifically declined to address: namely, whether the testimony from the prosecution's psychiatric witness, Dr. Welner, exceeded the scope permissible under state law. The defense contends that when Welner testified in the first person, as if he actually were Cheever, he went too far.