Accessibility links
Interview: Rob Buyea, Author Of 'Because Of Mr. Terupt' Rob Buyea gets it. The children's book author spent six years teaching elementary school. He's dedicated his book Because of Mr. Terupt to his former third- and fourth-grade students. "It's because of them that I began writing," he says.

Listen
'Mr. Terupt' Shows What A Difference One Teacher Can Make 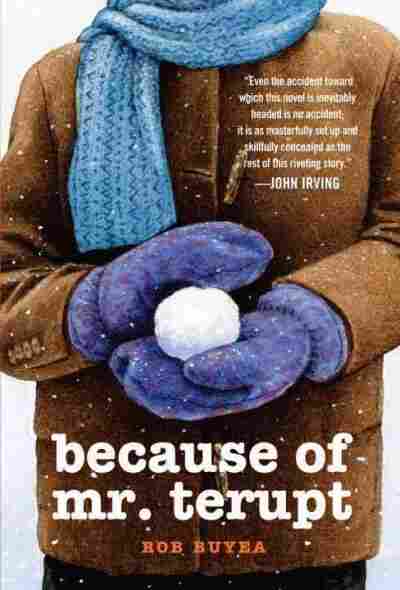 Because of Mr. Terupt

Not to judge a book by its cover, but just take one look at the jacket of Because of Mr. Terupt and you'll see it is the perfect book for December. It shows two mittened hands holding a snowball — a snowball responsible for a life-altering accident.

Mr. Terupt is a popular fifth-grade teacher at Snow Hill elementary school. And for seven students in particular, he is the center of their universe — a sage who gives them advice and confidence and helps them overcome obstacles and rivalries.

Author Rob Buyea spent six years teaching in an elementary classroom, where he had a front-row seat on student life. His ear for schoolyard patter is spot on. In the classroom Mr. Terupt's compassion shines through without turning sappy. But make no mistake — Mr. Terupt is tough. He keeps the students and his readers on their toes with a steady stream of math puzzles and wordplay.

Buyea said the idea for a story with seven swirling voices came to him one day while he was working outside. "I was in my mother's garden," he tells NPR's Michele Norris. "I'm not a gardener. I think this was maybe a day when I was being a good son and helping my mom. ... I was thinking about the school year, my students, the projects we had done, the things that had happened along the way. All of a sudden, I had these characters come to me. ... All seven showed up, telling me about the first day of school."

On "the dollar word challenge"

The dollar word challenge is, you simply give a monetary value to each letter of the alphabet — so, A is one cent, B is two cents, C is three cents, D four and so on, making the letter Z 26 cents. And so you spell a word — Wednesday, for example . You write that word down, and then you add up all the letter values and see if you can find a word that equals one dollar exactly. So, I had that challenge going on every year while I was teaching. 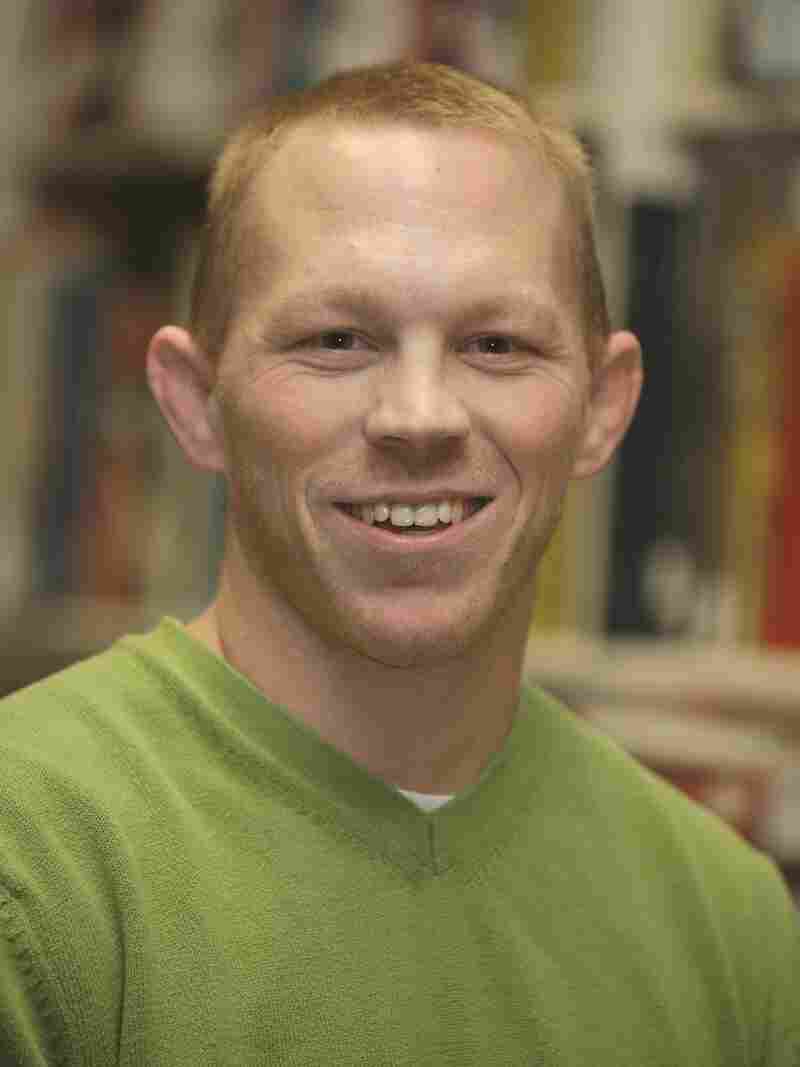 Before Rob Buyea began writing full time, he taught both elementary and high school and coached wrestling on the side. Courtesy of Yearling hide caption 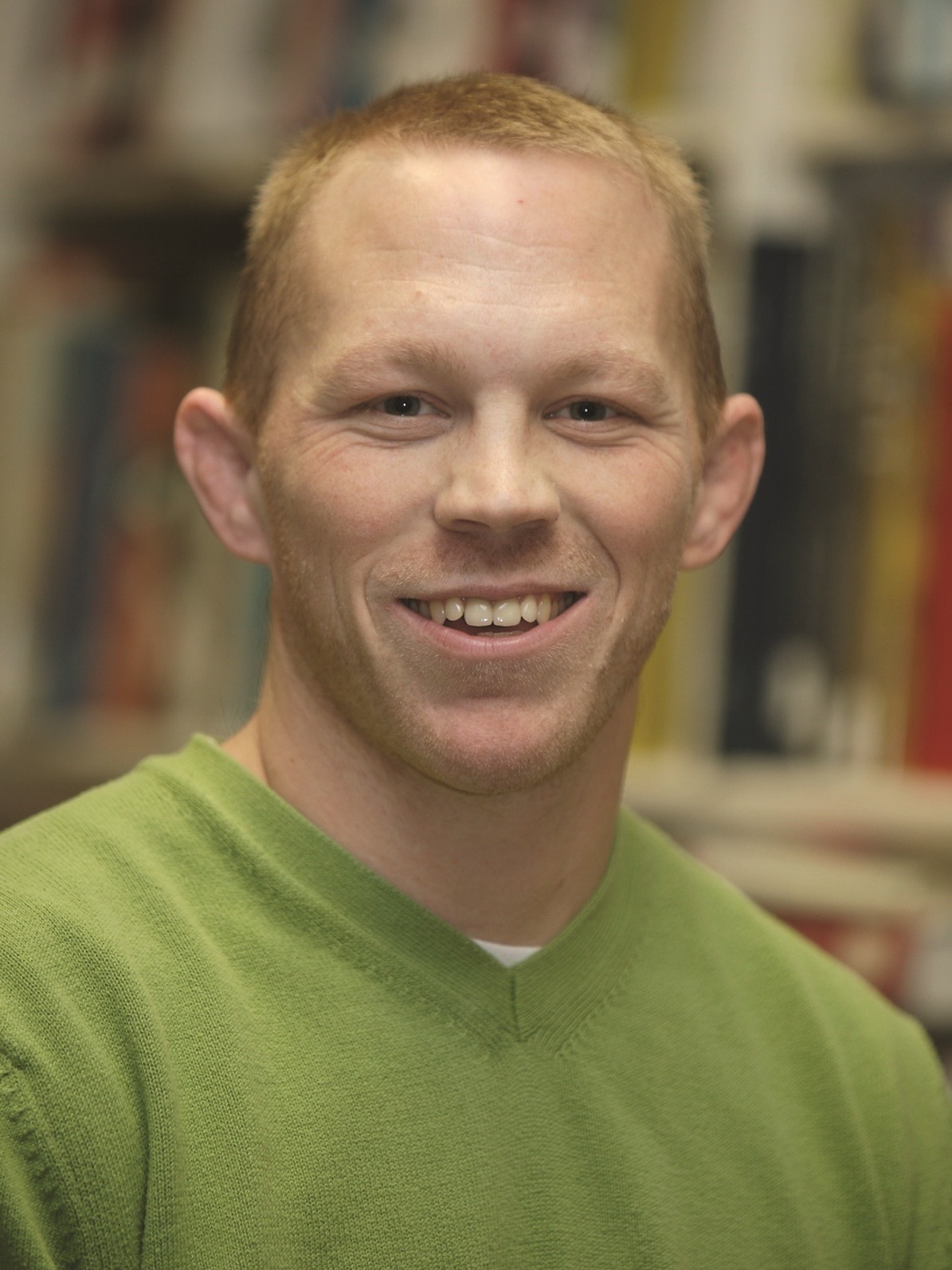 Before Rob Buyea began writing full time, he taught both elementary and high school and coached wrestling on the side.

There was a year when I had a student, Ryan, who went home and shared the dollar word challenge with his father. I guess his father was a computer programming man, or certainly involved with computers, and sat down and did this thing with his computer one night. So, my student Ryan came back into school the next day with this piece of paper, double-sided, with all of the dollar words from the dictionary, listed in alphabetical order. He sort of entered the classroom waving this piece of paper back and forth. "Hey, Mr. Buyea, here's your dollar words!" And I saw that and [said] "Oh my gosh, Ryan! That's not what you were supposed to do for the assignment. Let me see that."

And so I took that piece of paper and I kept it. I kept it, and I had it in my writing folder. And as I was working on the story, whenever it felt like it was time for a dollar word, I would pull out that cheat sheet that I ended up with thanks to Ryan and his father. I would scan that cheat sheet, and sure enough, I would find the perfect word that worked. ... I had lots of fun with that part of the story.

On his most rewarding classroom project

Every project that Mr. Terupt tries is a project that I did at one point or another. ... [I had] my students visit a classroom that we had in our school — a classroom for children with special needs. Of all the things that I did with my teaching, that project was maybe the most rewarding. And so I was excited to have that as part of the story. ... I guess that's one message in the book, is to really try to take time and understand how much children in a classroom like that have to offer and how much love they give to the world and to the people that are a part of their life.

On how he became a writer

I charged myself with the challenge that if I was to help [my students] become lifelong, passionate readers and passionate writers, then I had to be a passionate reader and writer first. So, I began reading books wildly, just as many as I could get my hands on. And shortly after that, I began working as a writer. I dedicate this book, Because of Mr. Terupt, to my former third- and fourth-grade students, because it's because of them that I began writing.

Read an excerpt of Because of Mr. Terupt