Accessibility links
Mexico's Patron Saint Is Also Its Hello Kitty As many as 6 million pilgrims have made their way to the Mexican capital to pay homage to the Virgin of Guadalupe on Thursday. One woman has turned the country's most revered religious icon into a cartoon characterization, using it to build a multimillion-dollar company. 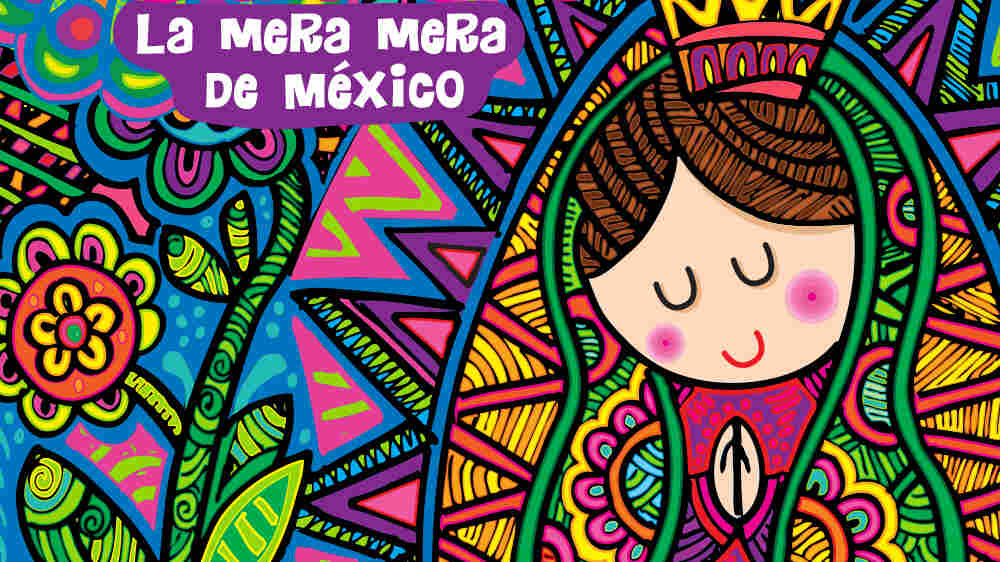 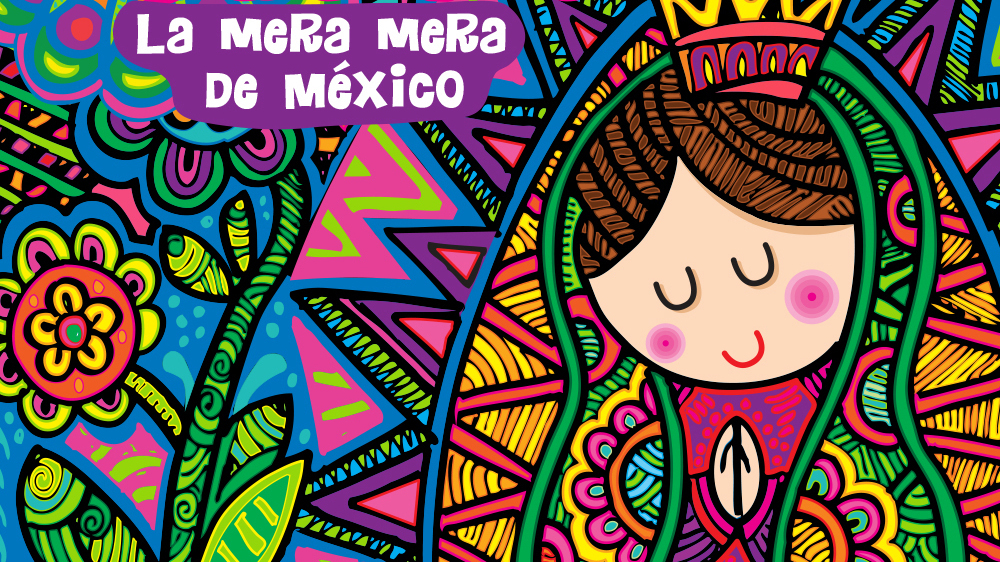 In Mexico, Dec. 12 is the day to celebrate the country's most revered religious icon: the Virgin of Guadalupe.

As many as 6 million pilgrims have made their way to the Mexican capital to pay homage to the country's patron saint on Thursday, and one woman has taken her devotion of the Virgin and turned it into a multimillion-dollar company.

Amparo Serrano, the owner of a company called Distroller, says it's customary on holiday to ask the Virgin of Guadalupe for something. The requests usually fall in the health or wealth categories, but she likes to lighten the religious mood and ask the Virgin for other things. 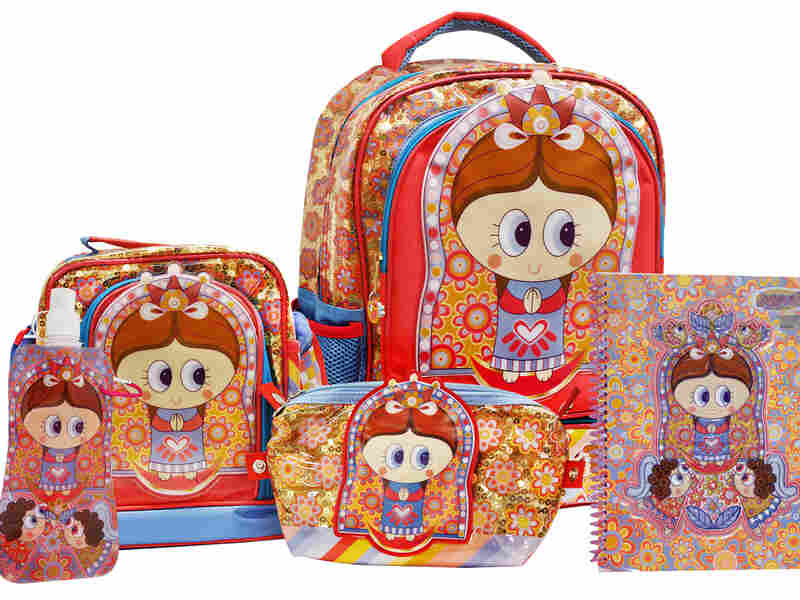 Amparo Serrano's company Distroller has a full line of other colorful characters, some picked up by Wal-Mart and Cartoon Network. Distroller hide caption 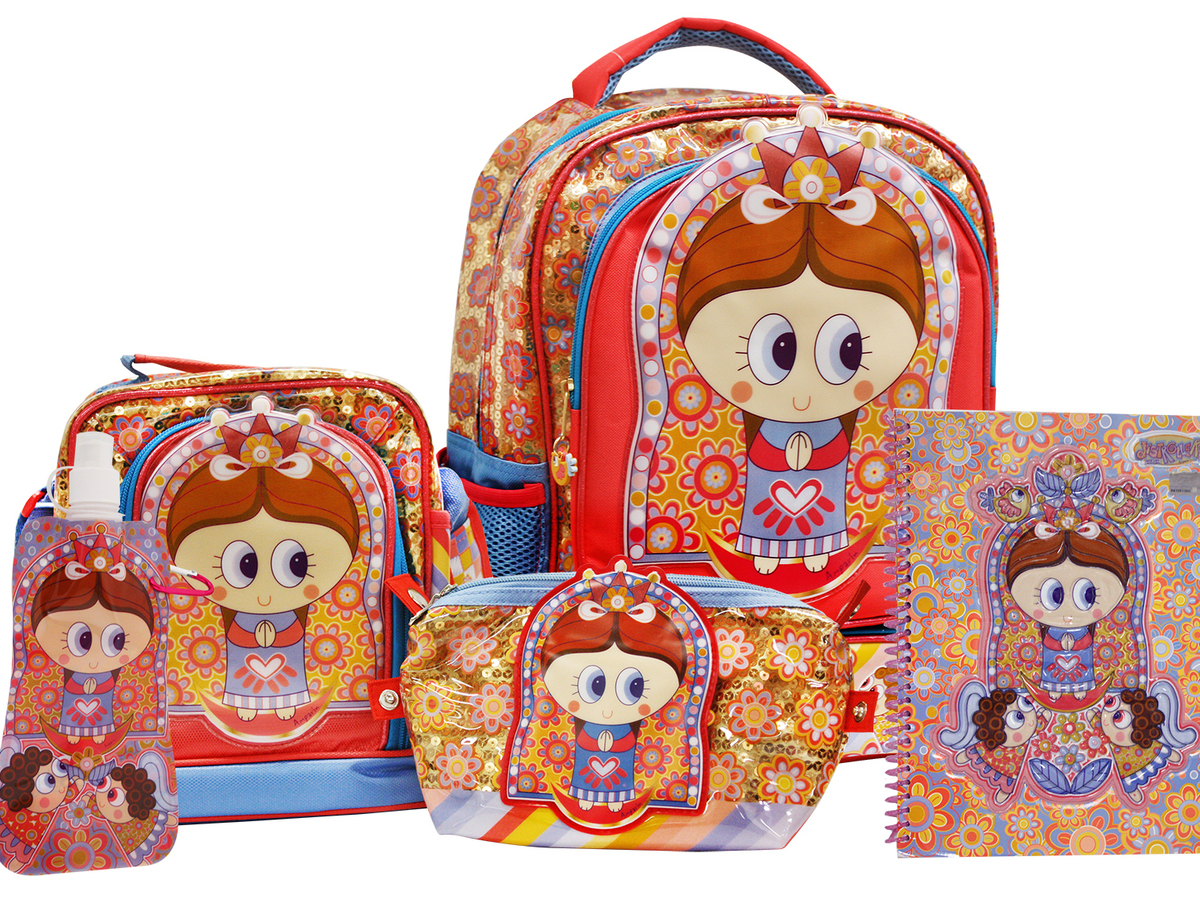 Amparo Serrano's company Distroller has a full line of other colorful characters, some picked up by Wal-Mart and Cartoon Network.

"Why not ask the Virgin to help you get rid of your cellulite or find a new boyfriend?" Serrano says. "Or, 'Please tell my mother-in-law to go away for a little bit.' "

Those are the kinds of messages she prints on dozens of products with her sparkling cartoon depictions of the Virgin, all with a "please" at the end. She spells it plis, as you would phonetically read it in Spanish. You can find her chubby-cheeked Virgencita Plis now on pens, notebooks, pajamas, plates and picture frames. All of her items are packaged at Serrano's warehouse, tucked away in the hills of southern Mexico City.

On the warehouse floor, there are a pile of Converse shoe boxes. Last year, Distroller signed a deal with the shoe giant. Serrano says she is very careful about what she puts the Virgencita on, and shoes didn't seem appropriate. Socks, maybe, but not shoes. Instead, she decorated them with her line of doll characters, the same ones she puts on sanitary napkins.

This year, Distroller sales will top $5 million. Wal-Mart picked up her doll line, and she penned a deal with Cartoon Network. Her lawyer says licensing fees will bring in another $45 million.

That's quite a feat considering Serrano started out 10 years ago with nothing, she says, and with little confidence. She says she never planned on this being a business.

"I'm very passionate about what I do, so I never thought that anyone was going to pay for a thing that I did, really," she says.

Serrano comes from a very prominent and religious Mexican family, and says her animated products make religion fun and accessible to young people. She's perplexed that people would say she is making fun of the revered Virgin.

Mexico's Catholic Church agrees. "It is something positive, and to us it is not in bad taste at all," says Father Pablo Pedrazi.

But outside the Grand Basilica of Guadalupe in Mexico City, reaction among devotees is mixed. One mother says she loves that her kids want purses and notebooks with the Virgencita. But Angelica Espinoza, a mother of three small children, is not happy. She says she thinks it's just a passing fad, and she wants her children to worship the real image.

Serrano shrugs off the criticism. Business is booming, and she is deeply flattered by the idea that the Virgencita is like the Hello Kitty of Mexico. She hopes her colorful images will travel well beyond her country. She has stores in Spain, Colombia and Ecuador, and hopefully soon in the United States.