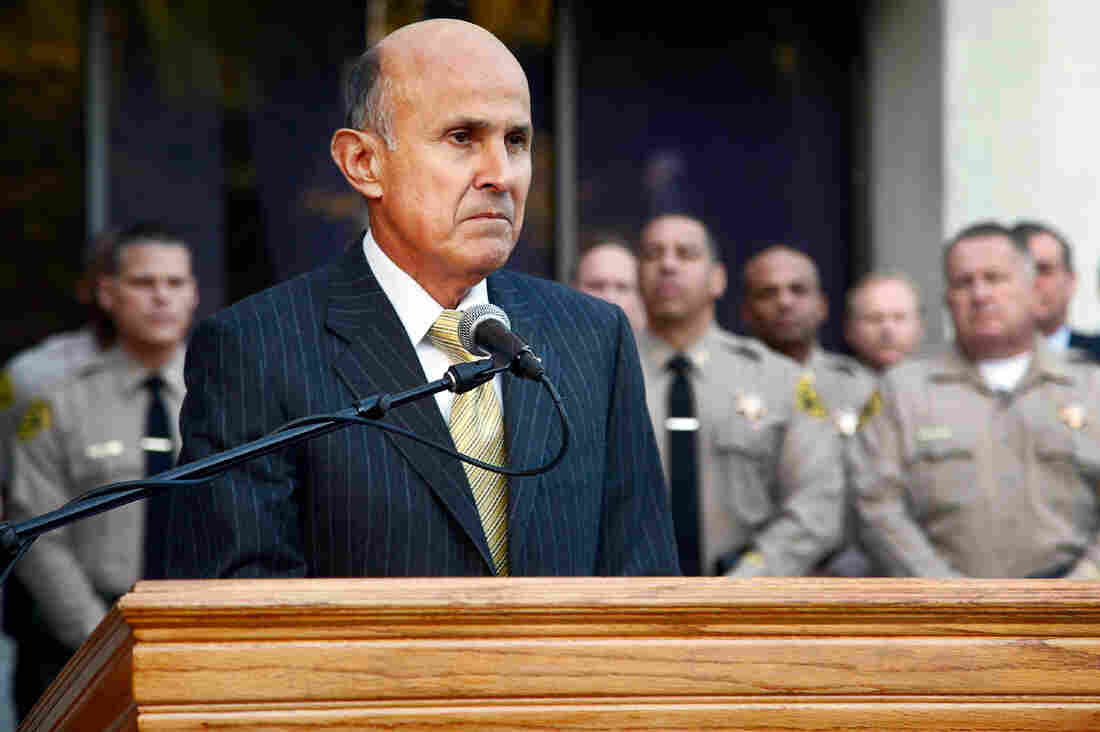 After the FBI released results of a federal probe on Dec. 9, Los Angeles County Sheriff Lee Baca said he was troubled by the charges and called it a sad day for his department. Nick Ut/AP hide caption 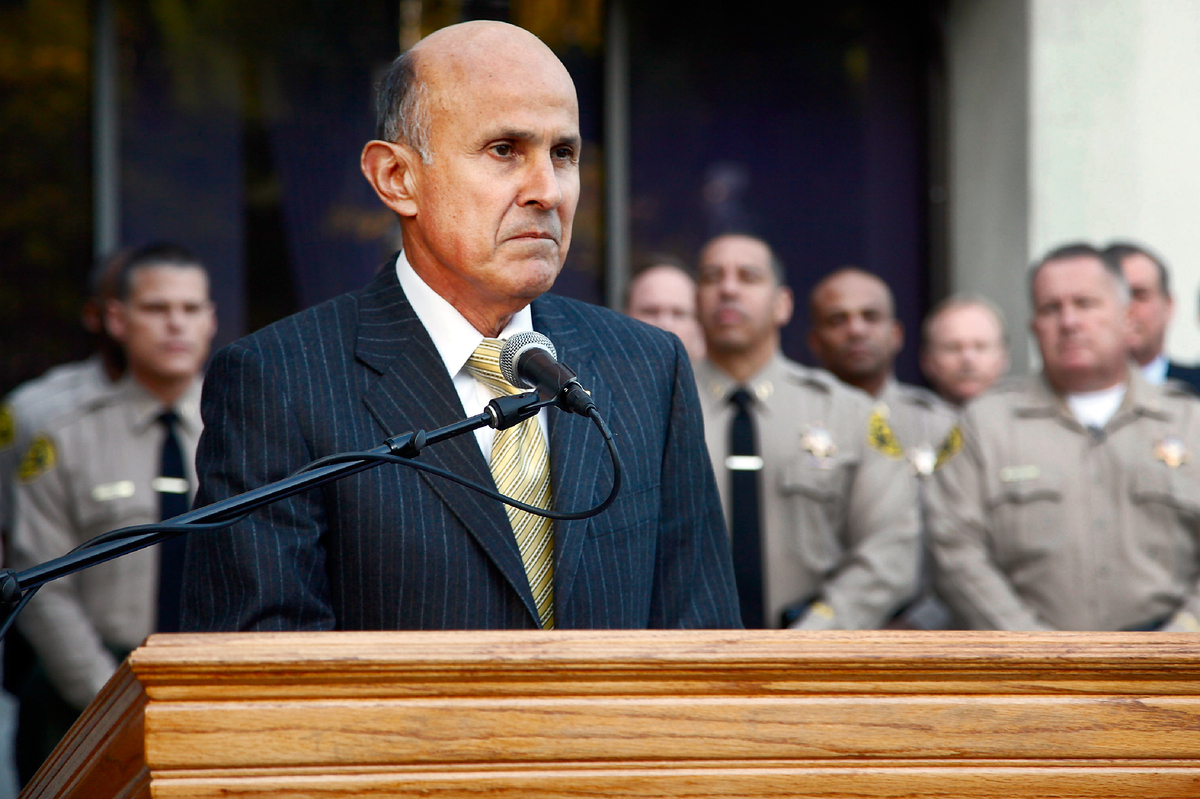 After the FBI released results of a federal probe on Dec. 9, Los Angeles County Sheriff Lee Baca said he was troubled by the charges and called it a sad day for his department.

Longtime civil rights attorney Connie Rice has been following this week's indictments against officers in the Los Angeles County Sheriff's Department. She says it points to a subculture of corruption within certain units, much like the city's scandal-ridden police department of the 1990s.

In the main downtown jails, sheriff's officers are accused of beating and choking inmates without provocation, harassing visitors and then covering it all up.

"It's like entering the Bastille," says Rice. "It's ancient — you descend down into these concrete bunkers. It really does feel like it's apart from the world. ... It's overcrowded. Inmates have gotten more and more dangerous over the years, and the deputies developed a corresponding culture."

Los Angeles County Supervisor Mark Ridley-Thomas says: "At this point in time the Sheriff's Department is essentially left to oversee itself, which is a recipe for disaster."

The elected sheriff operates with a lot of autonomy. Ridley-Thomas says the indictments against more than a dozen current and former sheriff's deputies and two lieutenants are tantamount to federal intervention, and that should have come much earlier.

He's calling for an independent commission of citizens — not law enforcement — much like what the LAPD got after years of scandal, brutality and widespread corruption in the 1990s. Ridley-Thomas says the commission would be tasked with overseeing LA's roughly 10,000 sheriff's officers inside and outside the jails. He plans to bring this to a vote next month.

Rice, who has spent years suing the LAPD and the sheriff's department, isn't sure whether the federal government would go so far as to fully take over the force, which is what it did with the LAPD in the 1990s.

"The black community was at war with LAPD [in the 90s]. And there was outright hatred between that community and the police department," says Rice. "I've never known the sheriffs to have outright hatred of an entire community."

The indictments stem from just one of four federal investigations into Sheriff Lee Baca's department, including one probing allegations that deputies on patrol used excessive force and racial profiling, and one looking at the treatment of mentally ill inmates in jails.

Baca says actions alleged in the indictment are the acts of a few rogue officers.

"The exceptions of force incidents ... 14 or 15 people under an indictment relative to jail activity is not an institutional number," Baca says. "There is no institutional problem within the sheriff's department when it comes to correcting itself."

Critics are quick to point out that the jails aren't Baca's only problem. The federal government is also investigating allegations of racial profiling and excessive force against black and Latino residents in communities north of Los Angeles. The sheriff has acknowledged past problems. And he points to changes he has made, including rehabilitation programs for inmates and the appointment of a new jail manager.