Accessibility links
Tech Companies Take Step Toward The 'Internet Of Things' Few people have homes where smart appliances talk to each other. A group of companies hopes to develop a "common language" of software to change that. And the firms hope an open standard will address potential security and privacy issues that are bound to arise. 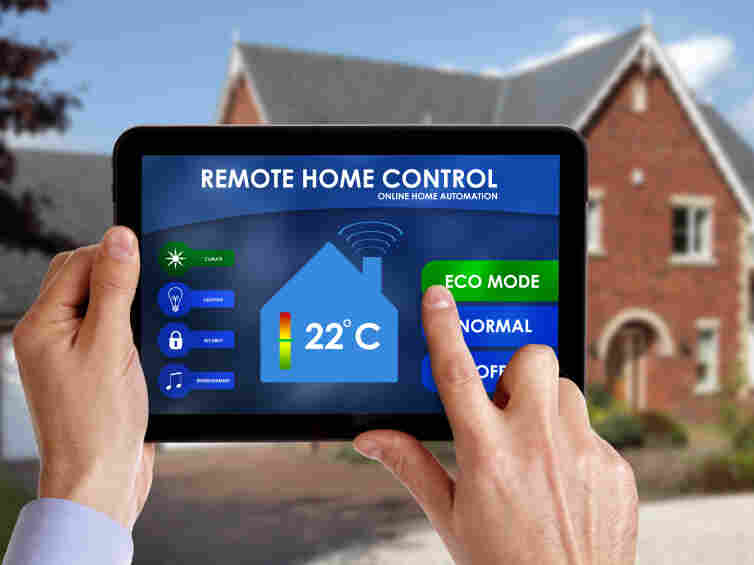 Tech companies want to make your smartphones, TVs, lights and other appliances all work together, regardless of brand. iStockphoto hide caption 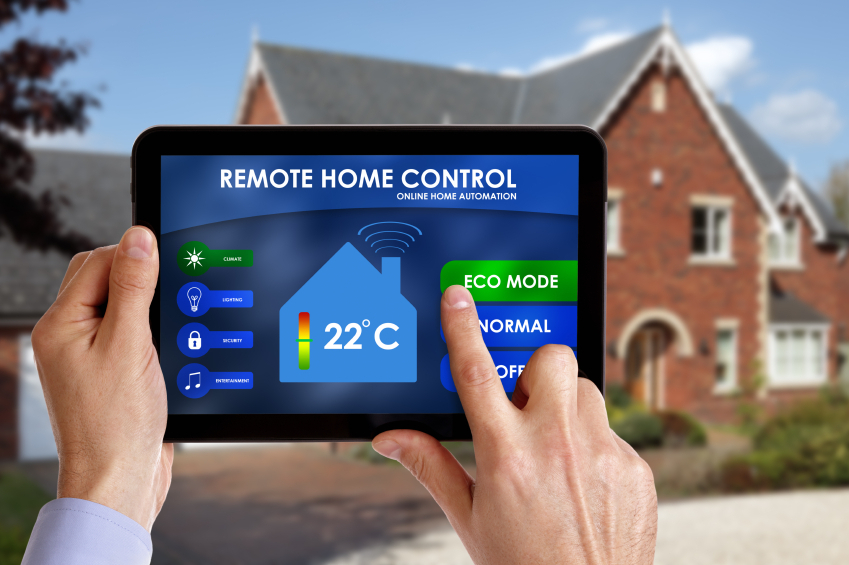 Tech companies want to make your smartphones, TVs, lights and other appliances all work together, regardless of brand.

Several companies have made what some see as a small step toward TVs, locks and household appliances all talking to each other.

As an example, imagine someone trying to break into your house. A smart lock on the door would trigger flashing lights and a camera. The camera would snap pictures of the intruder and send it to the TV you're watching elsewhere in the house. This vision of a connected home, sometimes referred to as the "Internet of things," is expected to keep growing. Gartner, an information technology research firm, recently predicted that more than 25 billion connected devices will be a $1.9 trillion market in 2020.

Not many devices are connected now, but a newly formed coalition of companies including Sharp, Panasonic and LG Electronics hopes to change that. The AllSeen Alliance, hosted by the Linux Foundation, plans to develop a software platform — a common language that devices can use to talk to each other. The source code would be open so anyone can see and make changes to it.

What could be possible if this all works? Your lights could turn on when you open your door, and turn off when you leave; if you're hosting friends for a party, your lights could sparkle with whatever color you want.

That technology is available now, but consumers should be able to buy any kind of LED bulb or light switch and have it work just as well. But we're not exactly there with our appliances yet, says Rob Chandhok, a senior vice president at Qualcomm, a wireless technology company that is part of this alliance.

"It has been a forest of things that didn't talk to each other," Chandhok says. "The consumer experience up till now has been fragmented and therefore not very interesting or useful."

He compares this to the early days of the Internet, when U.S. consumers had to use either CompuServe or America Online to connect, but couldn't send messages to people using the other service.

"When the Web happened, and interoperability happened, all those barriers went down and a whole amazing ecosystem and economy creating trillions of dollars of revenue was created," Chandhok says. "If we have these devices all sharing the same protocols, then we would get a Web-like explosion of usability and experiences, and that's what we're trying to do with the alliance."

Coming up with this "common language" is important, but it's a baby step, says Alfonso Velosa, a director at Gartner.

"This is meant to be one of the 'glues' that will allow us to have the Internet of things," Velosa says.

He points out this particular group is unique in opening up the source code for any company or developer to take and modify, like the Linux operating system. This is a deliberate attempt to address the security and privacy issues of having a connected home, says Jim Zemlin, executive director of the Linux Foundation.

"This source code will be collaborated on, developed in a completely transparent process, just like Linux," Zemlin says. "Nobody can sneak a vulnerability into it because everybody else is going to catch it."

The connecting software will be open source, but manufacturers can still add security features so no one can hack into your home, says Jason Johnson, CEO of August, a company making a smart lock.

This alliance isn't the only group trying something like this, says Eugene Yoo, a general manager at LG Electronics. The company has already announced plans to use this open source framework in its smart TVs.

Other groups are also working on standards for the Internet of things. They include the Institute of Electrical and Electronics Engineers' Standards Association and the Internet Protocol for Smart Objects Alliance.

"I don't believe that any large diversified manufacturer has a crystal ball and can completely predict which standard or type of consortia will ultimately have a large piece of the market going forward," Yoo says. "We believe there may be more than one winner at the end of the day."

The alliance expects to demonstrate products with this smart home software at the Consumer Electronics Show in Las Vegas in January.