Accessibility links
This Week's Must Read: 'Love In A Different Climate,' By Jeremy Seabrook. In a recent ruling, the Indian Supreme Court reinstated a colonial-era ban on gay sex. Two authors react to the news with two very different recommendations. Manil Suri suggests that readers check out a book of interviews, while Ruth Franklin turns to Victorian England for a look at a similar law's effects.

For The Ruling In India, Two Books To Measure Its Impact

For The Ruling In India, Two Books To Measure Its Impact 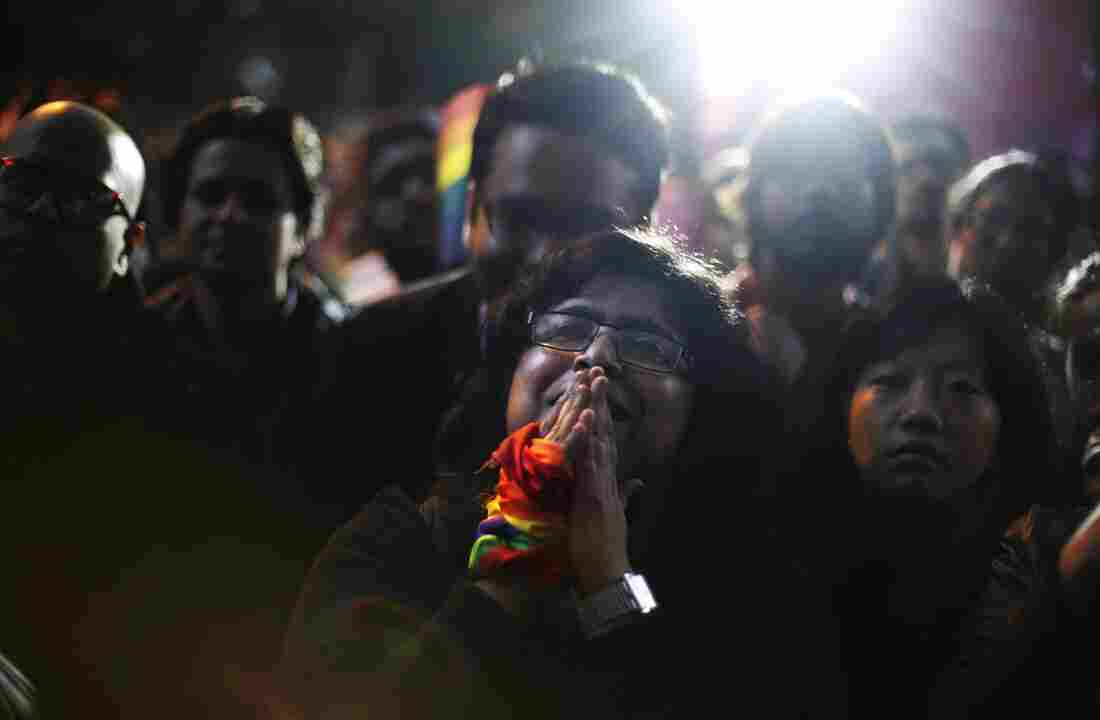 In New Delhi, India, a gay rights activist cries amid a protest against the Indian Supreme Court's decision to reinstate a ban on gay sex. Altaf Qadri/AP hide caption 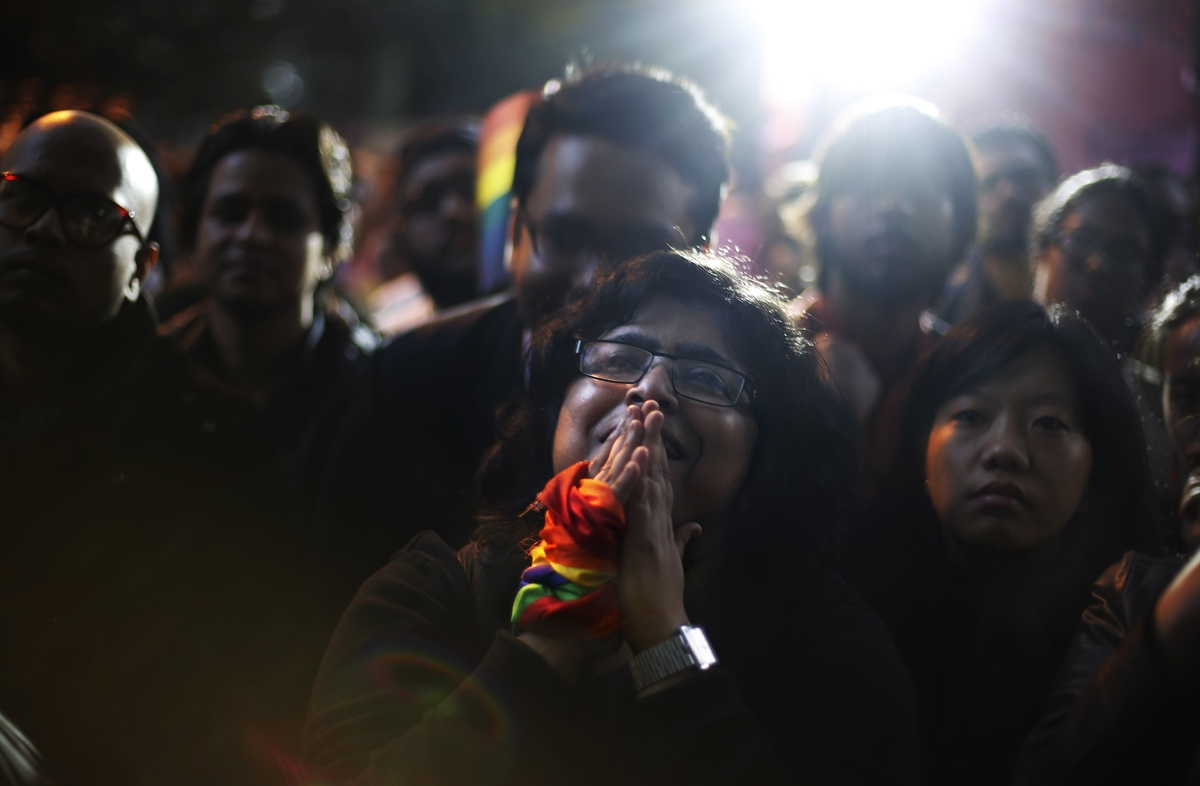 In New Delhi, India, a gay rights activist cries amid a protest against the Indian Supreme Court's decision to reinstate a ban on gay sex.

In a surprise move, the Indian Supreme Court this week ruled to uphold a ban on gay sex. The ban, instituted under British colonial authority more than 150 years ago, had been repealed in 2009. With its reinstatement, the law, also known as Section 377, once again makes homosexual acts punishable by up to 10 years in prison.

In order to understand the effects of this law, we turn again to literature to acquaint us with the lives the ruling touches. Below, Manil Suri recommends reading a book that brings light to the secret lives of many men in India, and Ruth Franklin remembers a literary icon brought low by a similar law more than a century ago. 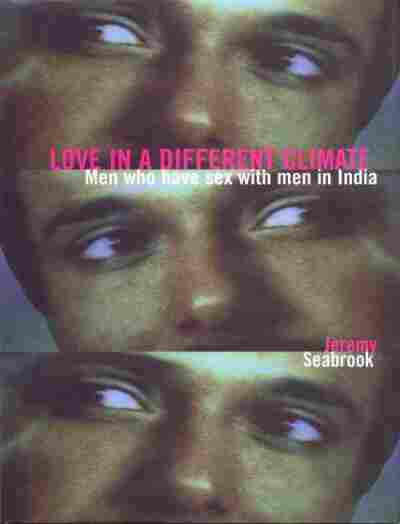 Love in a Different Climate

Men Who Have Sex With Men in India

Love in a Different Climate: Men Who Have Sex with Men in India, by Jeremy Seabrook

To understand the significance of a law like Section 377, one has to first have an understanding about the people it affects. Indian society is amazingly diverse in terms of class, language, caste, skin color, religion, among other factors, and its homosexual population is no different.

It sounds like a daunting task to get all of that into one book — but Jeremy Seabrook did it in his brilliant book, Love in a Different Climate: Men Who Have Sex with Men in India. He went to a park that's a popular cruising spot in Delhi, a place that attracts men from almost every background. And he started to interview the people he met there.

Through these conversations, Seabrook constructs a picture of gay India that is at once vivid and heart-breaking. The men talk about their physical needs, their emotional aspirations, the loneliness of discovering their attraction to other men.

Seabrook is a talented writer, and the book brings out the innocence and aching sweetness of its subjects. Several have left behind their families and villages in their quest. Many are married — a few have reached open accommodations with their spouses, but the majority lead double lives. The section where they describe their feelings of shame and guilt, and the terrible effects that their clandestine behavior has on their wives, is perhaps the most harrowing.

"I do not even like to touch her," says one young man. "She becomes wild and then she weeps. I cannot tell her the fault is not hers, but mine."

These are the kinds of lives that Section 377 forces men into — along with the unfortunate women they might marry. Rather than a healthy, loving relationship, men are forced to express and appease their same-sex attraction solely through sex.

Indian society has been slow to change in this respect, so even though this book was written in 1999, it's as relevant as ever. Clearly, India deserves better.

Author and mathematician Manil Suri is a professor at the University of Maryland, Baltimore County. His latest novel, The City of Devi, revolves around a bisexual love triangle set in India. 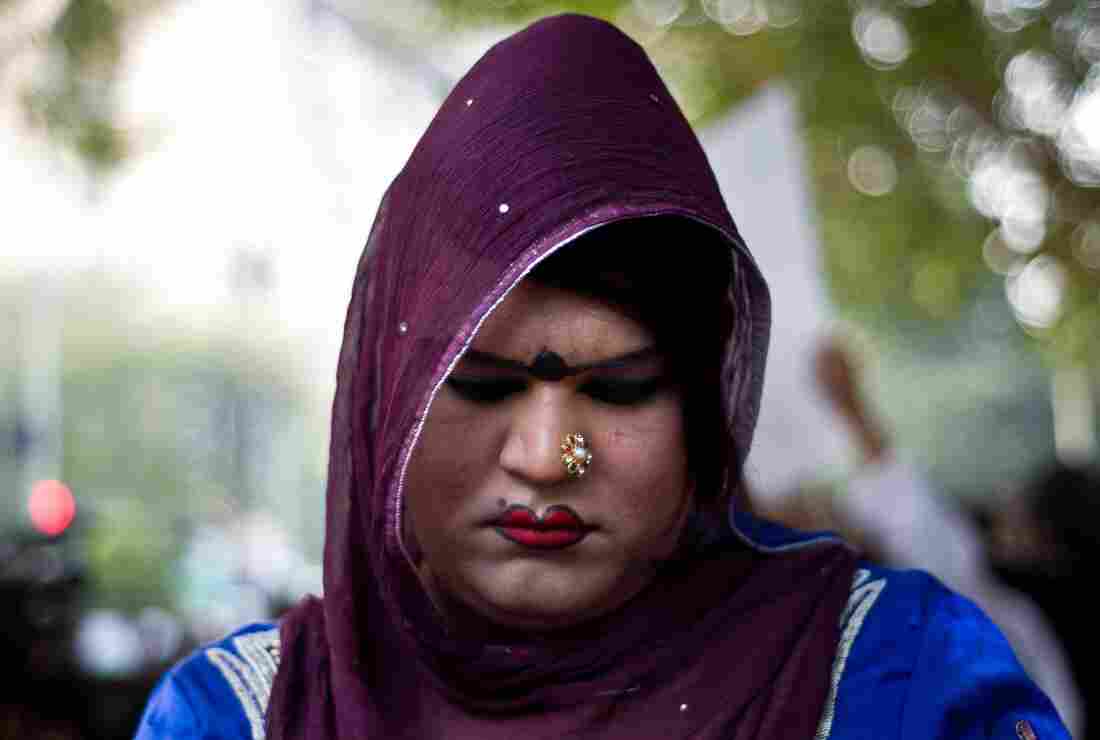 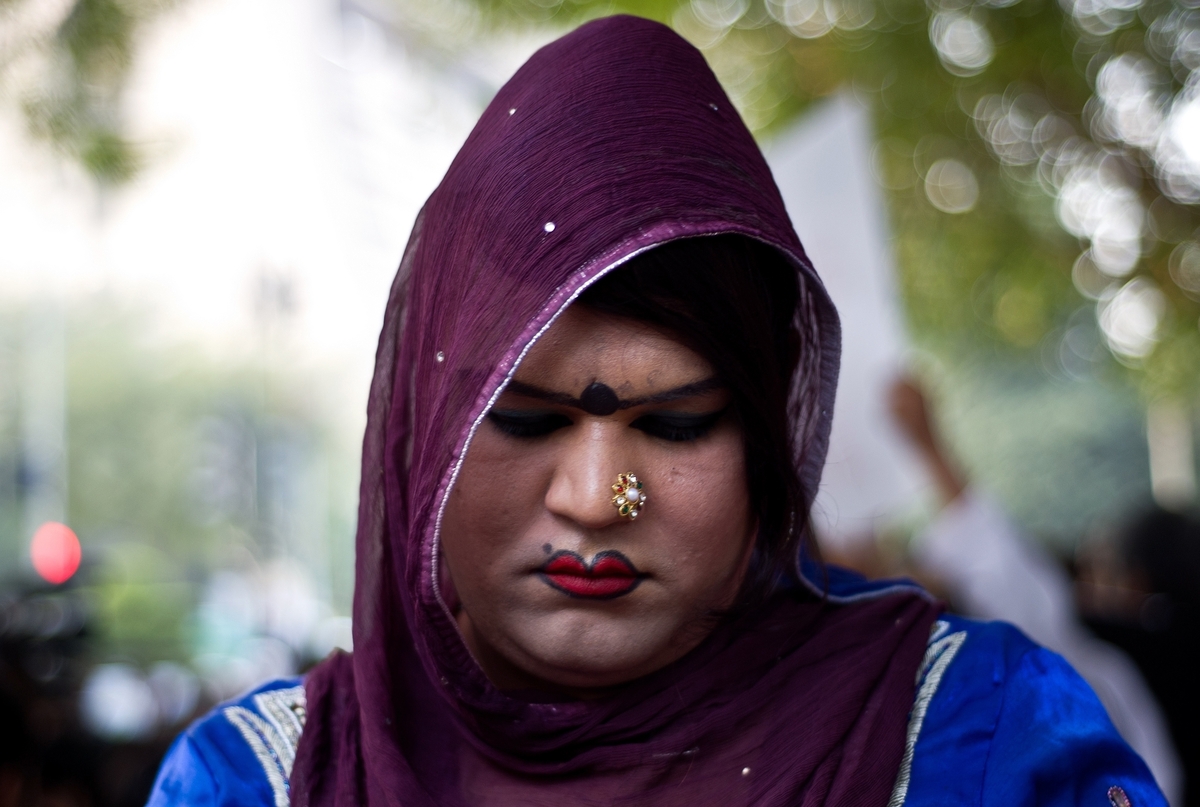 An Indian gay rights activist looks down during an anti-Section 377 protest in New Delhi on December 11, 2013.

The Picture of Dorian Gray, by Oscar Wilde

In a surprise decision this week, India's Supreme Court ruled to uphold a law dating from the colonial era that makes gay sex punishable by up to 10 years in prison. Though it is rarely enforced, activists believe that the law is far more than a technicality — it presents a serious barrier to equality.

Oscar Wilde would have agreed. The Irish novelist, playwright, and bon vivant is probably the most famous person ever prosecuted for being gay. His novel, The Picture of Dorian Gray, is usually remembered as a charming fable about the folly of vanity, in which a young man, enthralled by the beautiful portrait an artist has painted of him, offers to sell his soul to remain forever young. But its homoerotic implications got Wilde into serious trouble.

Though the novel never tells us that Dorian is gay, the painter is clearly in love with him. And readers had no trouble picking up on the book's allusions to what Wilde would famously call "the love that dare not speak its name."

After an early version was deemed morally offensive, Wilde made some revisions. But his editing was insufficient: passages from the novel were read as evidence in his trial. Convicted of "gross indecency," Wilde was sentenced to two years of hard labor. He died only a few years later, at the age of 46.

"There is nothing that art cannot express," Wilde wrote in one of the many aphorisms from Dorian Gray that would one day become famous. His artistic freedom came at a terrible cost.

With laws like India's still on the books in more than 70 countries, someone else could have to pay it again.

Ruth Franklin is a book critic. She is currently hard at work on a biography of Shirley Jackson.