Accessibility links
Interview: George Weigel, Author Of 'Roman Pilgrimage: The Station Churches' Each Lenten season, Christians travel to Rome to visit a different martyr's shrine each day. The pilgrim-worn path, which dates back to the dawn of Christianity, includes some of the city's most striking churches and historic art. Theologian George Weigel, author of Roman Pilgrimage, says the journey grounded his faith in real places and people. 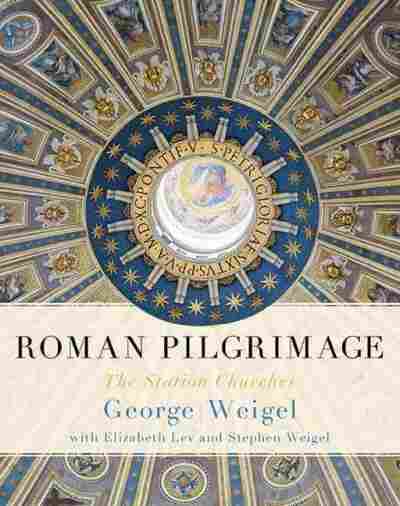 Each year, millions of people from different faiths make religious journeys. They travel far, to Mecca, Jerusalem, the Ganges River or Lourdes, France, to walk the paths of prophets, saints and martyrs.

"Pilgrimage is something built into the human condition," says George Weigel, author of Roman Pilgrimage: The Station Churches. "There seems to be something hardwired into us, spiritually, that the idea of a journey from A to B becomes part of the rhythm of the spiritual life."

To Weigel, a distinguished theologian, pilgrimage is more than just a physical representation of faith. It also makes our mortal lives seem less "random, or cyclical," he tells NPR's Rachel Martin. "We're going from some place to some place. There's purpose built into life, and the religious habit of pilgrimage is the embodiment of that in concrete daily life."

In Roman Pilgrimage, Weigel, with his photographer son Steven Weigel and art historian Elizabeth Lev, tells the story of a spiritual trek that takes place in the Eternal City each Lent and Easter. 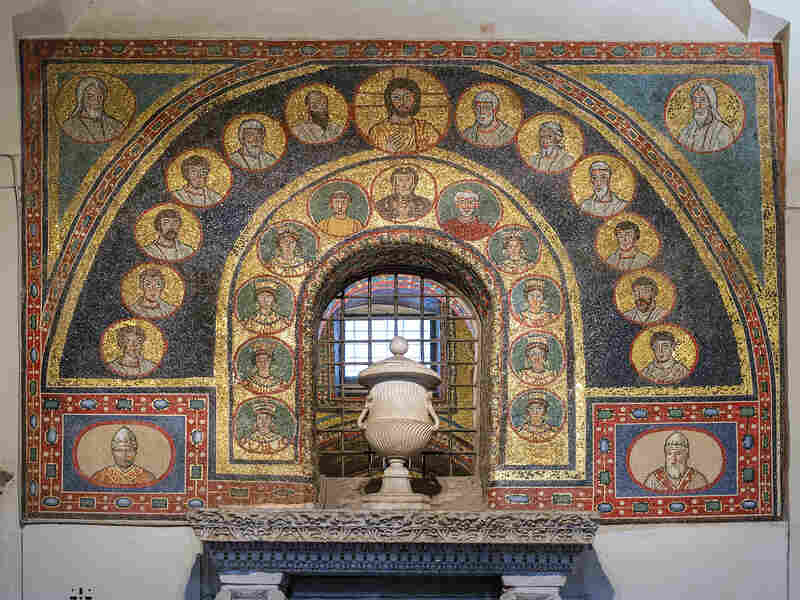 The triumphal arch at St. Praxedes leads the way to a crypt that holds the remains of 2,300 martyrs. Stephen Weigel/Courtesy of Basic Books hide caption 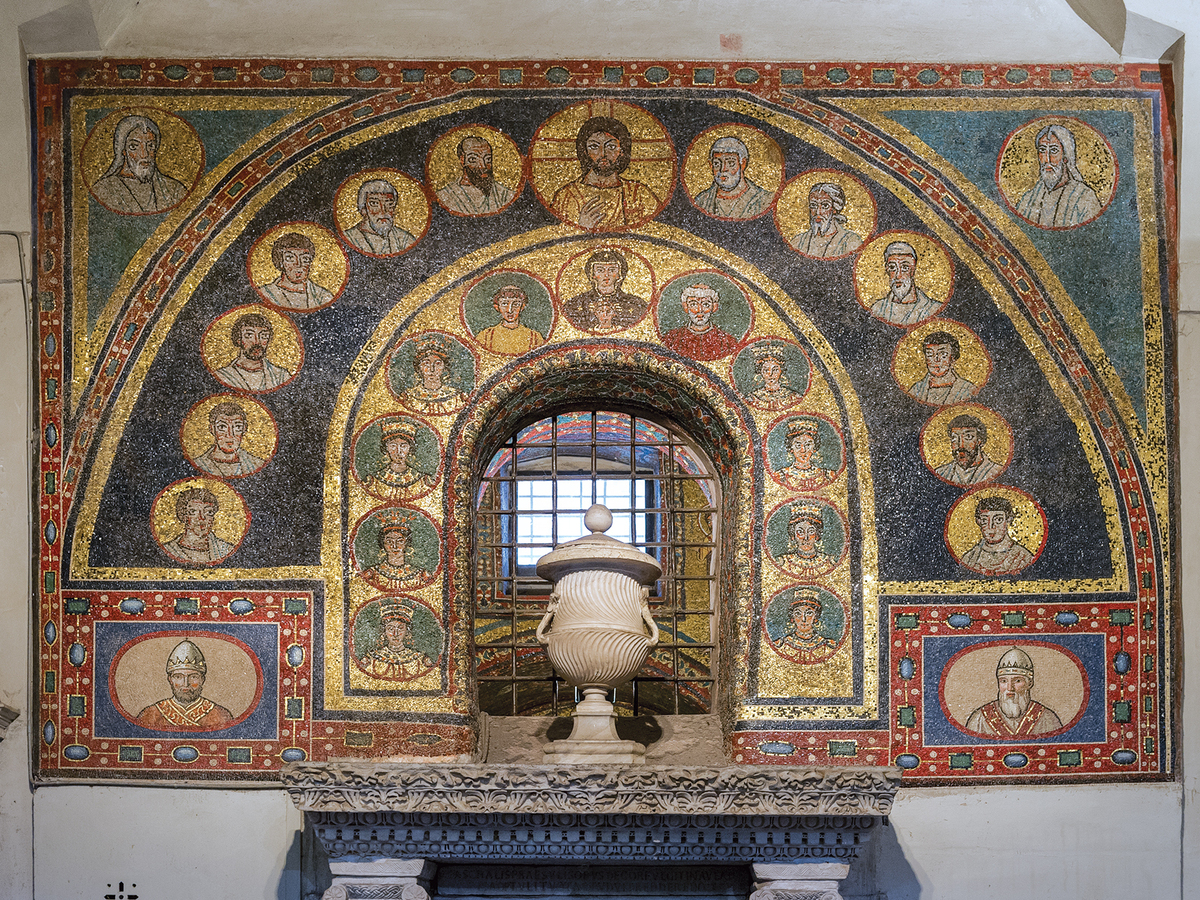 The triumphal arch at St. Praxedes leads the way to a crypt that holds the remains of 2,300 martyrs.

On the origins of the station church pilgrimage

On one of the most striking churches on the historic pathway

Sts. Cosmas and Damian is a church near the Coliseum in Rome. It's right above the Roman Forum. It's dedicated to the memory of two brothers — doctors, traditionally thought to be from the East, perhaps from Persia. And what's particularly striking about it is the mosaic in the apse. When I first saw it some 20 years ago, I thought, "Wow, that looks like art deco." And I said to the person I was with, "Was that done in the 1920s? Because it looks like something that would be in the Chrysler building." And he said, "No, you're only off by about 1,300 years — it was done in the early sixth century." 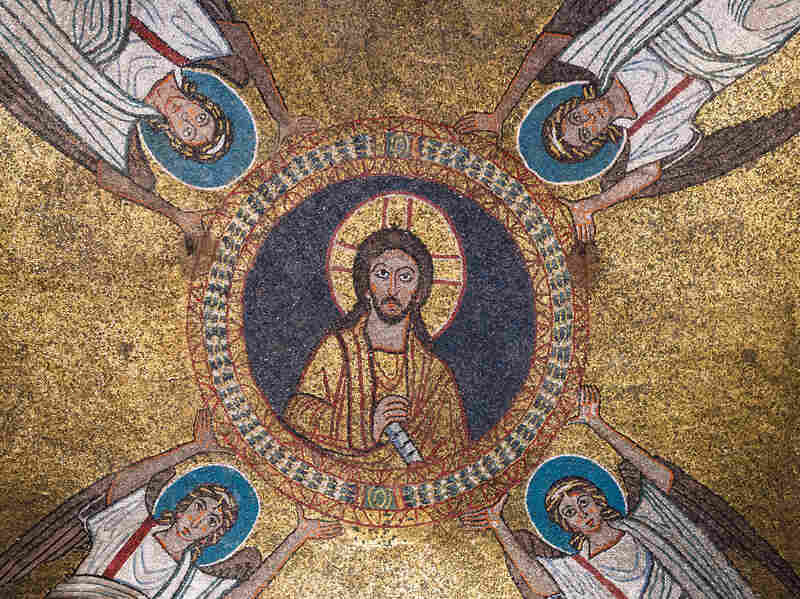 Rome's St. Zeno chapel was built by Pope St. Paschal I in honor of his mother. The ceiling, a gold mosaic, was intended as an interpretation of heaven. Stephen Weigel/Courtesy of Basic Books hide caption 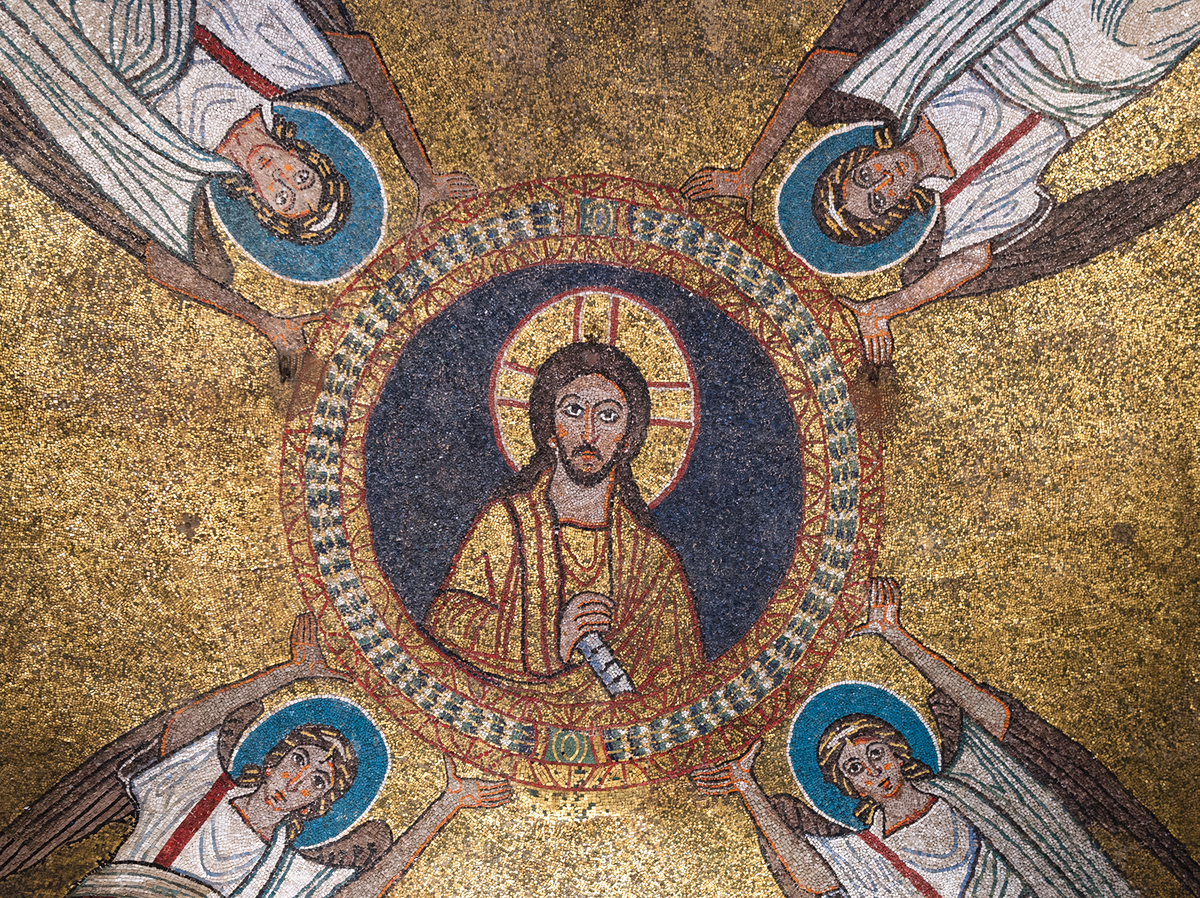 Rome's St. Zeno chapel was built by Pope St. Paschal I in honor of his mother. The ceiling, a gold mosaic, was intended as an interpretation of heaven.

On a little-known church, visited primarily by pilgrims

St. Praxedes is a very small church behind the great Basilica of St. Mary Major on the Esquiline Hill in Rome. You would walk by it a hundred times and not even know it was there, and yet it has within it a small completely mosaic chapel called the St. Zeno chapel, which I am prepared to argue rivals the Sistine Chapel as one of the two most beautiful buildings on planet Earth. ... It's an extraordinarily beautiful chapel built by a pope of the late first millennium, and it's intended to evoke heaven.

On how the pilgrimage grounded his faith

I discovered the station church pilgrimage 20 years ago, but I did the whole thing for the first time in 2011. ... It secures one's understanding that Christianity is not a pious myth, a nice "narrative," to use the word of the day. It's grounded in the experience of real people who lived real lives, often under very difficult circumstances, at a time we can know and in places that we can still touch.

An Ancient Religious Pilgrimage That Now Draws The Secular

Three Pilgrimages To Gain 'A Sense Of Direction'

One of the stational churches is, of course, the Basilica of St. Peter in Rome, and to go there and to be above, what we can know with as much certainty as archaeology gives us about these things, that we're standing within several yards of the bones of this Galilean fisherman really presses home the question, "How did this happen?" How did this guy from east of nowhere, in the ancient world, come to the center of world power and over the course of time and history get the world's greatest tombstone? Which is exactly what St. Peter's basilica is — it's many other things, but it's the world's greatest tombstone. How did that happen? Well, it happened because this man became a friend of Jesus of Nazareth, whom he eventually came to know as the risen Lord. And that's how he got to where he is today, and that's why we can visit his bones today and ponder the often surprising ways of God in history.

Read an excerpt of Roman Pilgrimage