Accessibility links
Oh My, Ohio! Five States Named 'Most Likely To Curse' All those customer service calls — the ones where you wait and wait and maybe even swear a little — get recorded. A recent study revealed which states curse a blue streak best. Topping the charts: those salty-mouthed Buckeyes. 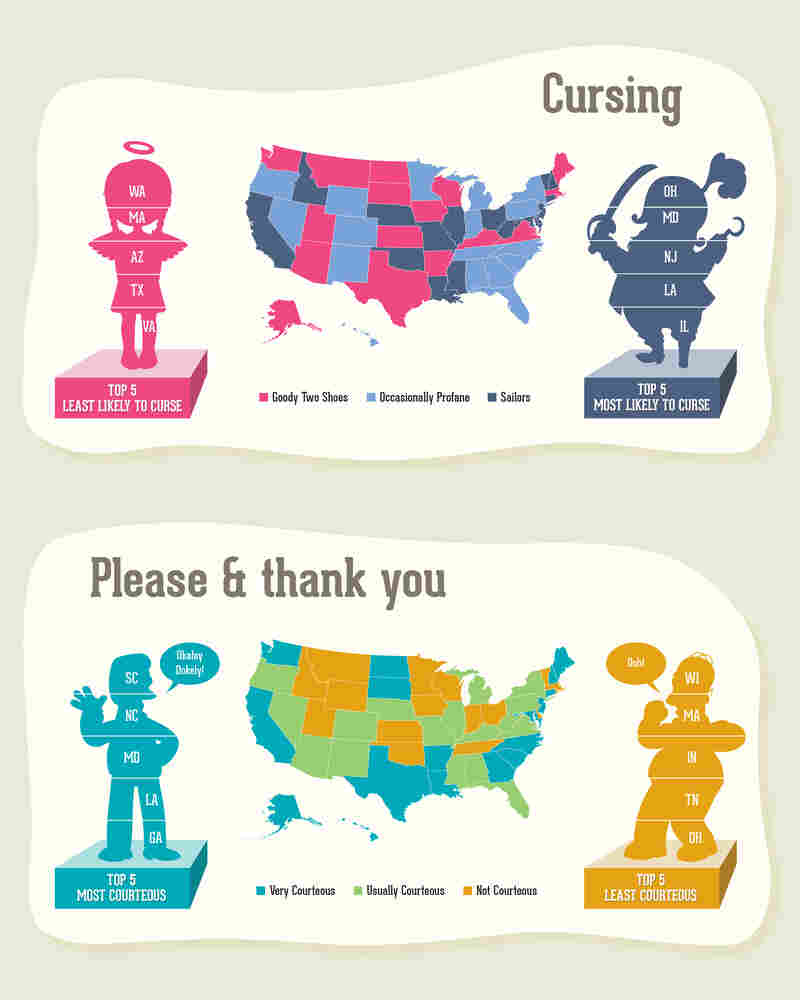 A rudeness ranking puts Ohio at the top of the list for "Most Likely To Curse," while South Carolina rates as the "Most Courteous" state. Courtesy of Marchex hide caption 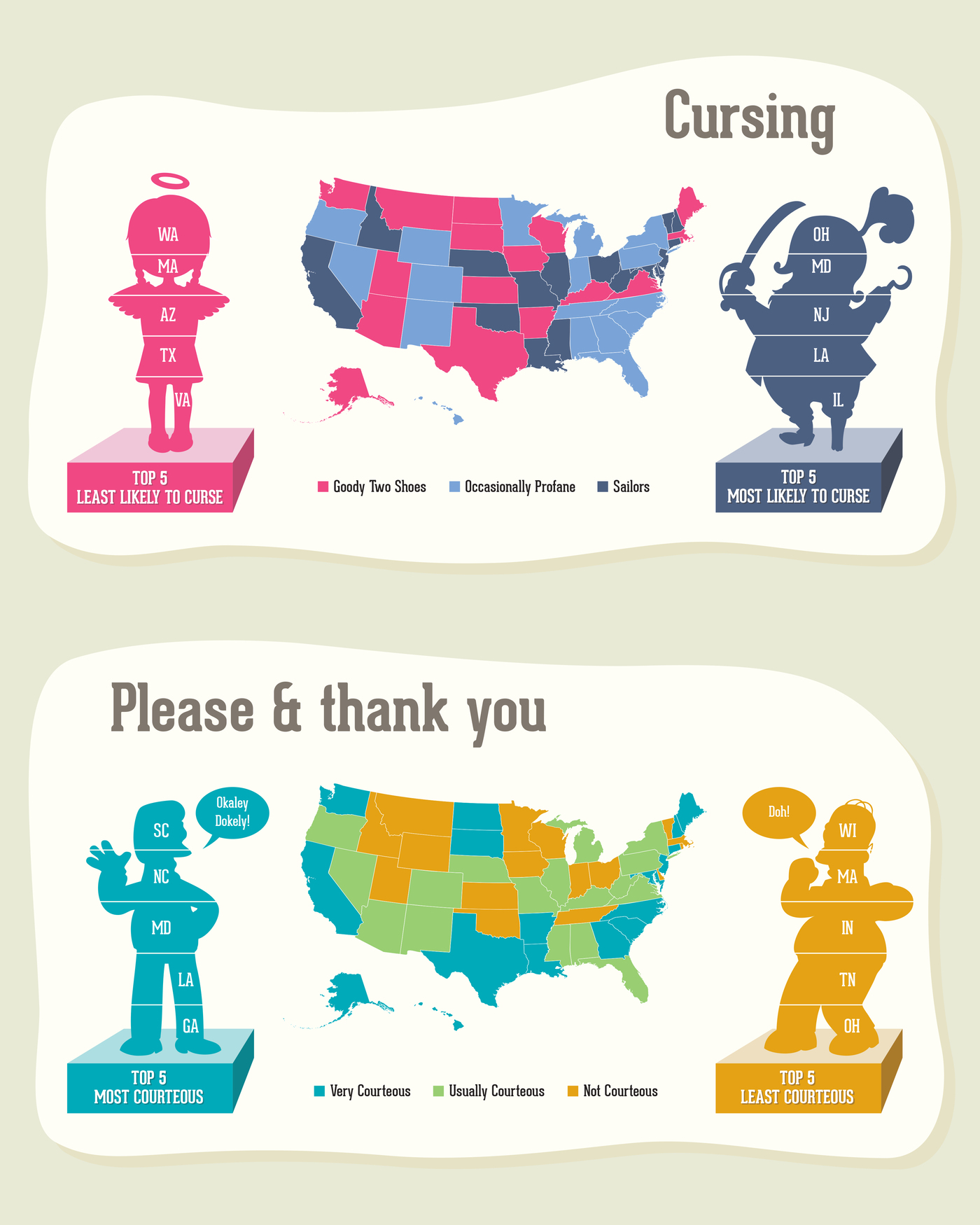 A rudeness ranking puts Ohio at the top of the list for "Most Likely To Curse," while South Carolina rates as the "Most Courteous" state.

Most of us like to think we comport ourselves with a certain level of civility. But apparently, phone calls with customer service representatives of all stripes can lead us into more colorful speech. And some people like to track it.

"There's just something about big data and sailor-cursing that complement each other — like peanut butter and mothereffing jelly," writes Megan Garber of The Atlantic.

Potty-mouth research in the past has focused on the written word — looking at the incidence of F-bombs dropped in geotagged tweets or Facebook posts, for example.

But ad firm Marchex went straight for the voice. It researched recorded customer service calls — those ones where the customer sometimes gets left on the line, waiting and waiting and maybe even cursing a little, forgetting that the "call may be recorded for quality service."

Using call-mining technology, Marchex scanned more than 600,000 phone calls from the past year. The calls had been placed by customers to businesses in 30 different industries, from cable companies to auto dealerships to pest control centers.

The project looked at two things: where people swear the most, and where they are the most polite, using phrases like "please" and "thank you" in their phone calls.

Garber's home state of Ohio performed abysmally — both in terms of swearing and in lack of courtesy.

Ohio led the way in the "Sailors" category — states where people are most likely to curse. Maryland, New Jersey, Louisiana and Illinois followed suit.

The goody-two-shoes states, which used the least profanity, were led by Washington, followed by Massachusetts, Arizona, Texas and Virginia.

Aside from the state breakdowns, Garber says the group learned a bit more about cursing habits.

"We learned a little bit about the gender distribution. So, 66 percent of the curses came from men," she says. And people don't like waiting.

"Calls that last more than 10 minutes by far had the most profanity used," she explains. "So, you can see a situation where a phone call wasn't going well and the frustration would build, and that frustration would finally be relieved by some well-chosen words."

This should all make us think twice as we are expressing ourselves on these phone calls. Just take a deep breath first.

Marchex plans to release a study this week on the businesses that get cursed at the most by consumers over the phone.

A previous Web version of this story incorrectly said that Marchex would be releasing state-by-state cursing information this week. It's actually a study on the businesses that get cursed at the most by consumers over the phone.