Accessibility links
Deep In China, 'Cowboys' Have Skied For Thousands Of Years On wooden skis, the Tuvan people of Central Asia have been traversing the snow for at least 4,000 years. Travel writer Mark Jenkins went to the region for National Geographic, where he joined a group of lasso-wielding men on skis tracking elk.

The birthplace of skis is under debate, but the ski is believed to be even older than the wheel.

"So they're one of the very first forms of transportation," travel writer Mark Jenkins says.

Jenkins recently traveled to China, which claims to have invented skis almost 10,000 years ago. His exploration is documented in the December issue of National Geographic.

A History Of Skis

Jenkins went to the Altai Mountains in Northwest China, about where Kazakhstan, Mongolia and Siberia come together — "kind of dead-center Central Asia" — where the Tuvan people have been skiing for at least 4,000 years.

"Their skis are remarkable," he tells NPR's Arun Rath. "They cut them from red spruce. They bend them by heating them and steaming them, and then they nail on horse hair on the bottom of the skis, which is very slick to glide forward but then grabs when you go uphill."

But this isn't just about making it down the mountain: The skis are for hunting. In a region that can get temperatures of 40 degrees below zero, these hunters don't even know what frostbite is. In a single-file line, pulling sleds, the men search for elk — elk tracks are obvious in the snow because of the animals' heavy weight. On skis, they can track the elk for three to seven days.

The "most remarkable part," Jenkins says, is when they finally spot the elk.

"They're using a technique that's several thousand years old. They have lassos, and they ski downhill, screaming, wild ... just like a cowboy, but they're on skis," he says. 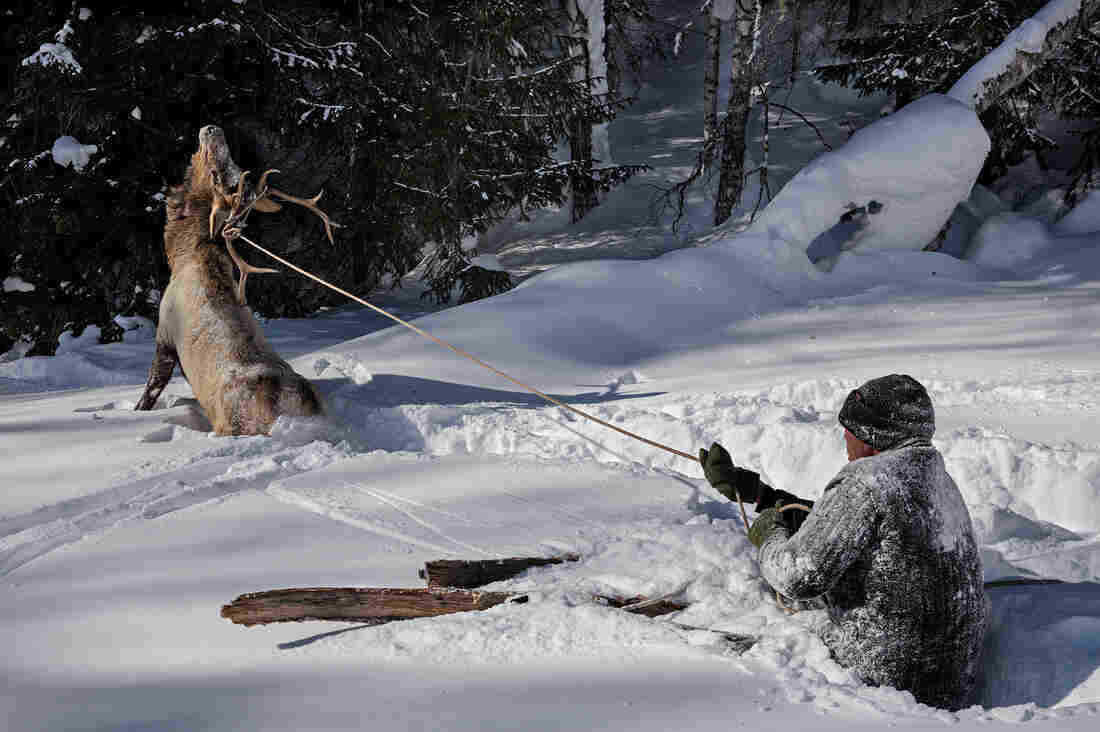 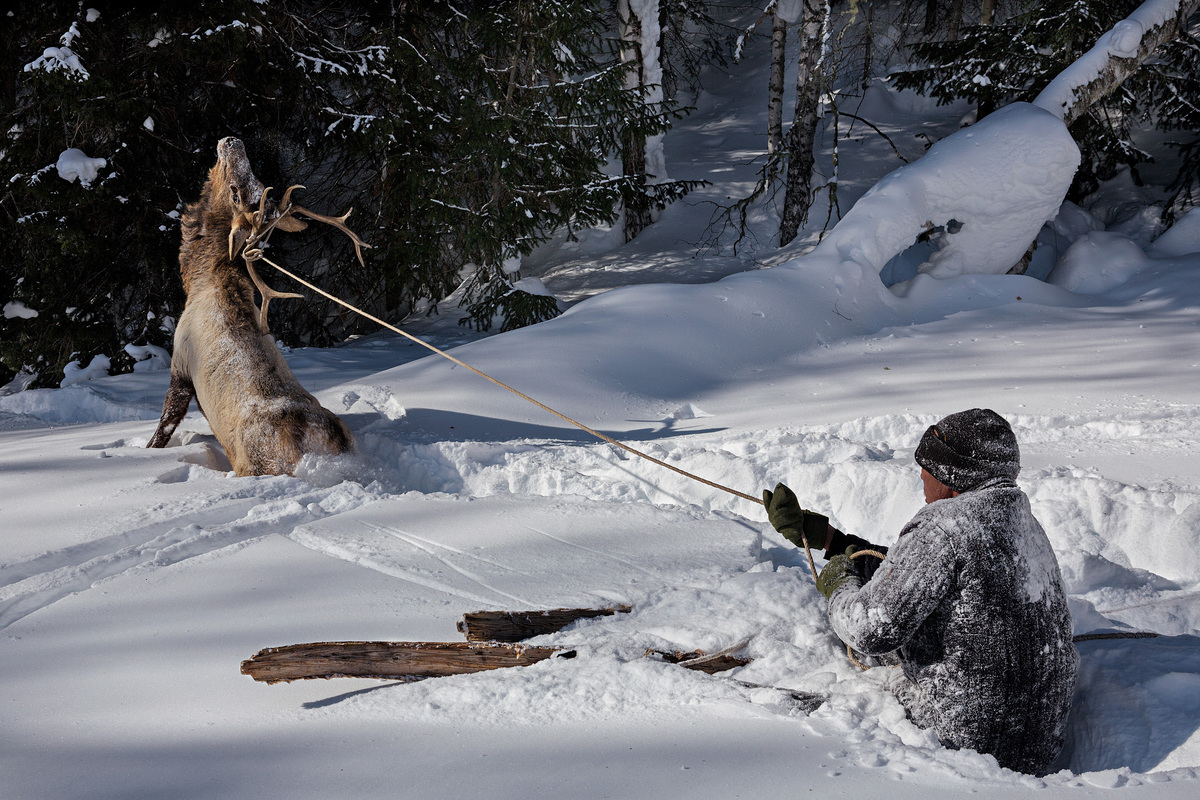 A lassoed elk struggles after Serik demonstrates the age-old technique of capturing game in deep snow.

With a loop large enough to go over the elk's antlers, the ski cowboys lasso their prey.

"The elk is bucking and kicking and snorting and they fall sideways, perpendicular ... like an anchor — Old Man and the Sea sort of thing," Jenkins says. "They're being pulled by this elk through the snow. Of course, the elk is so deep in the snow it's practically swimming, so within an hour or two, the elk has worn itself out."

But then, they let it go. One of the men told Jenkins, "In the old days we hunted. Now we only chase."