Accessibility links
Ireland Exits Bailout Program, But Economy Still On The Mend Ireland has big budget deficits, low growth rates and high unemployment. But the country is ready to take a big step toward getting back to normal. On Sunday, it became the first country to exit the bailout program put in place by the International Monetary Fund and the European Union. 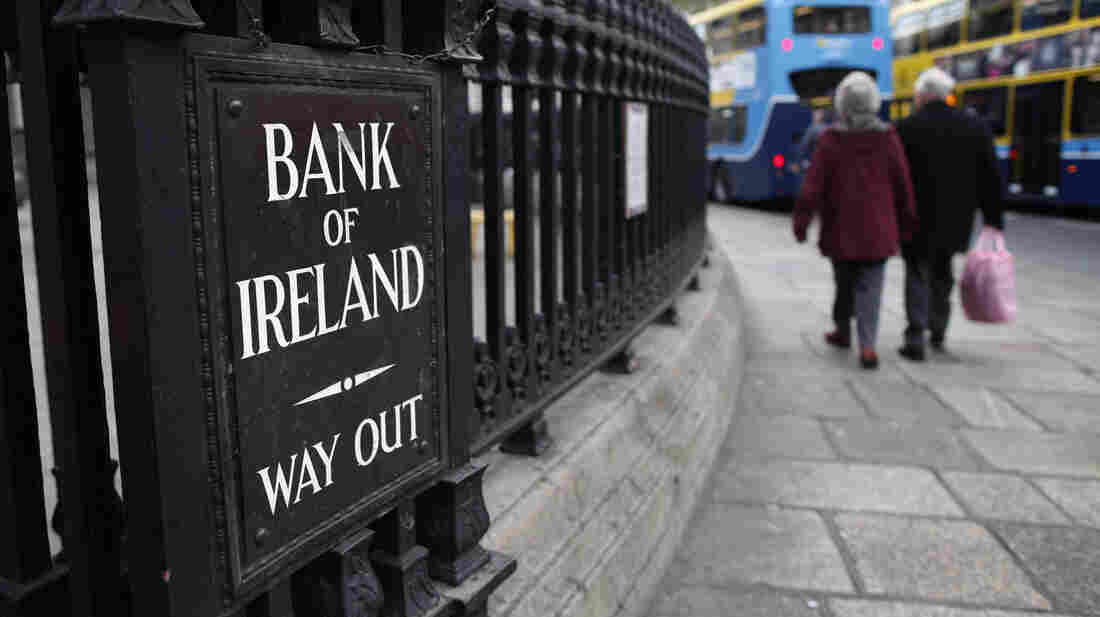 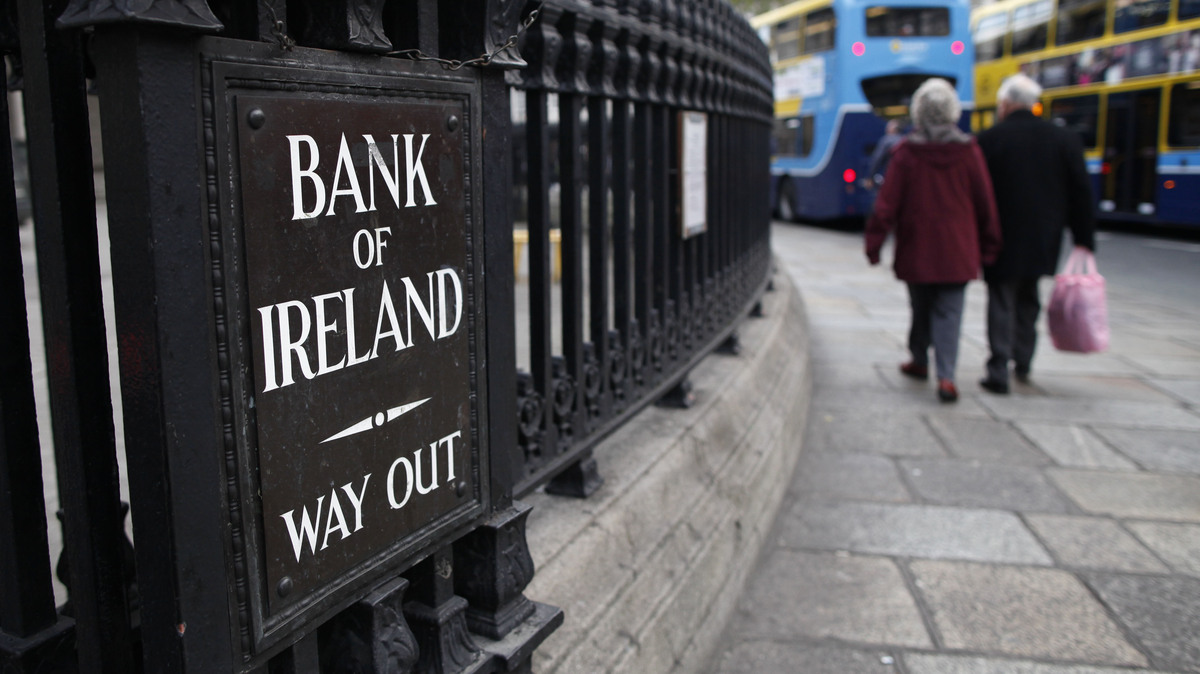 On Sunday, Ireland became the first country to formally exit the bailout program funded by the International Monetary Fund and the European Union.

Ireland was one of the countries hardest hit by Europe's debt crisis. On Sunday, it passed a big milestone when the nation became the first country to formally exit the bailout program funded by the International Monetary Fund and the European Union.

After three years of the bailout program, it isn't hard to find signs of improvement in Ireland and of an economy coming back from the dead.

"Don't get me wrong, it's been bad in a lot of ways, but there's a silver lining in every cloud," says Conor Mulhall, a 41-year-old father of three.

Mulhall used to be in construction management. After the collapse of the Irish economy, he moved to England. But recently, he moved back to Ireland to take a job managing another business.

"It brings you to new stages in your life," Mulhall says. "I'm now involved in the organic food business, so I never would have been if the construction thing had kept going, and there's a lot of people like me."

Mulhall is working at a food fair near Dublin's financial district.

These days, people like him are beginning to find work again. Ireland's unemployment rate has fallen from more than 15 percent to 12.5 percent. The economy is growing again, albeit slowly.

"We're still below where we were at the top of our inflated boom, so we need 10 years of solid growth, but we'll do it year by year," says Michael Noonan, Ireland's finance minister.

Noonan says big foreign companies, including a lot of U.S. tech firms like Google, are once again investing in Ireland. The government can also borrow at a rate not much higher than countries like England and Belgium. Tourism and agriculture are rebounding as well.

Noonan says the exit from the European bailout program is one more step forward. The program forced the country to undergo steep budget cuts and tax increases in exchange for loans.

"Leaving the program means we control our own affairs," he says. "And an Irish government elected by the Irish people can make all future decisions concerning our country."

But there's little joy in Ireland over the exit, perhaps because the country still has a long way to go. The economic crisis was caused by a property bubble that popped in 2008, and the severe budget cuts that followed left the government with few resources to help.

"If you walk around the main streets of our cities, there are people sleeping in the streets because the homeless shelters are all crowded," says Robin Hanan, who directs the Irish branch of the European Anti-Poverty Network. "A lot of people lost their jobs and their houses."

Even though things are getting better, economist Colm McCarthy of University College Dublin says the recovery is tentative.

"It's very fragile, and the economy is very dependent on external demand; it's a very small country," McCarthy says. "It exports a lot of what's produced here, and a lot of what's consumed is imported."

McCarthy says Ireland's fate is very much up to its export markets — mainly England, the United States and continental Europe — and none of them are thriving. There are other problems as well.

Amid Cuts And Tax Hikes, Tech Companies Get Love in Ireland

For a long time, Ireland was able to draw foreign investment because wages were so low. But now it has to compete with countries like Spain and Greece, where pay has also fallen. McCarthy says there's still an army of former construction workers in Ireland, and they're not likely to find work at Google.

Jimmy Burke came back to Ireland from Australia at the height of the recession. He says jobs were scarce.

"So I got bar work when I came back," Burke says. "People are always going to drink, but manufacturing and stuff, there was no jobs left in that anymore."

He is now studying at the University of Limerick. Like generations before him, he'll probably leave Ireland once he graduates.

"If you go to Scandinavia or Canada, there [are] better prospects to get more experience, rather than just a job in the first place," he says.

Ireland needs to have a serious discussion about how to address unemployment and other problems, says Hanan of the European Anti-Poverty Network. If nothing else, he says, the exit from the bailout program will allow that to happen.

"Now we can have that debate openly with people who might disagree with us, who might have other priorities, without anyone saying, 'Well, sorry, you can't do that because the people lending us the money won't let us,' " Hanan says.

In that sense, he hopes Sunday's move could usher in an era of real change in Ireland.