Accessibility links
The Camels Were 'Impossible': Peter O'Toole Remembers 'Arabia' "I can't imagine anyone whom I'm less like than T.E. Lawrence," O'Toole told Fresh Air's Terry Gross in 1993. The handsome actor — who made his name in the 1962 epic film Lawrence of Arabia — died Saturday at the age of 81. 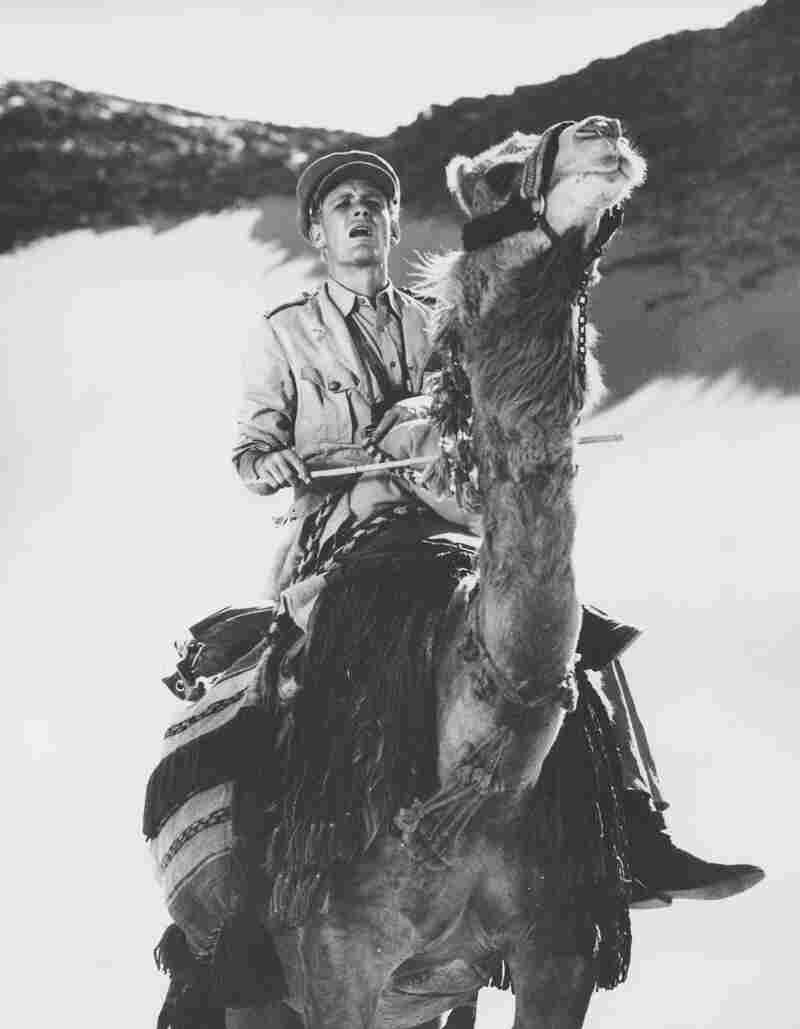 Peter O'Toole rides across the desert in Jordan during the filming of Lawrence of Arabia in November 1961. He says that at first, learning to ride a camel was "impossible." AP hide caption 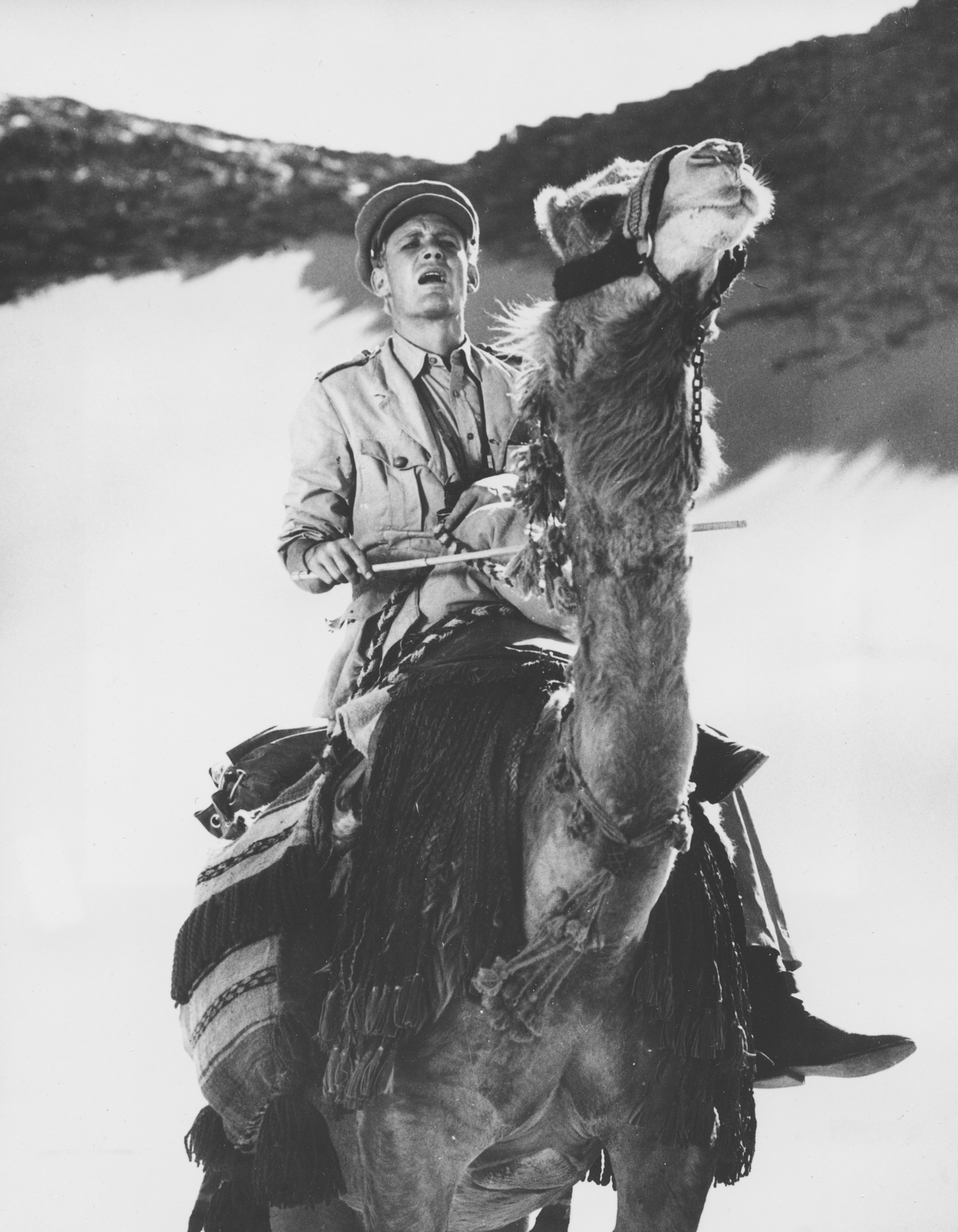 Peter O'Toole rides across the desert in Jordan during the filming of Lawrence of Arabia in November 1961. He says that at first, learning to ride a camel was "impossible."

"I have a host of memories which I see very clearly," actor Peter O'Toole told Fresh Air's Terry Gross in 1993. "And though I'm very aware of the tricks of memory, I'm also aware of the concrete nature of these brilliantly lit pictures in my mind. They're ineradicable."

O'Toole, who died Saturday at the age of 81, was instrumental in making many "brilliantly lit pictures" for movie lovers during his decades-spanning career. Nominated for eight Oscars, the tall, blond, blue-eyed actor captivated audiences, on-screen and onstage.

O'Toole grew up in northern England during World War II and began his acting career after two years in the Royal Navy. He became best-known for his starring role in the 1962 film epic Lawrence of Arabia.

"I can't imagine anyone whom I'm less like than T.E. Lawrence," O'Toole admitted, but he suspects director David Lean wanted "someone who could act it rather than be it."

O'Toole's other roles ranged from the three angels in John Huston's The Bible to a washed-up, drunken movie star in the comedy My Favorite Year. He starred in the historical dramas Becket and The Lion in Winter. When he spoke with Fresh Air, he had just published a memoir about his early life, called Loitering with Intent.

On being cast as the attractive "juvenile"

I remember one man saying, "You'll spend your life or your early years popping through a French window with a tennis racquet saying, 'Anyone for tennis?' " But that didn't prove to be the case. I've never popped through French windows, with or without a tennis racquet, and invited anyone to play tennis or not. ... Young men, if you're given a certain cast of physiognomy, you'll find yourself playing the juvenile, and juveniles can be crucifyingly boring. The producer will often say, "Don't forget, he gets the girl." But one doesn't want to get the girl; one wants to be covered in wigs and humps ... being villains or being anything other than the juvenile. 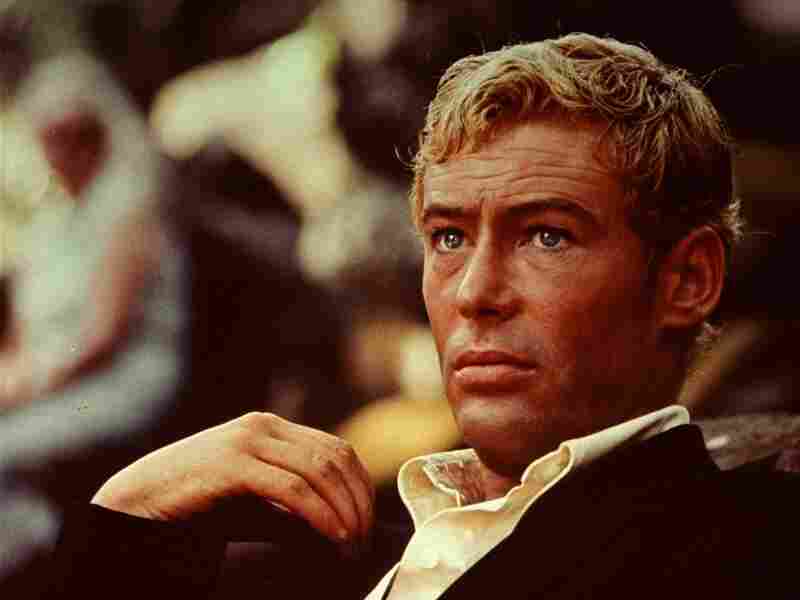 O'Toole, shown above in 1965, died in London on Saturday after a long illness. He was 81 years old. AP hide caption 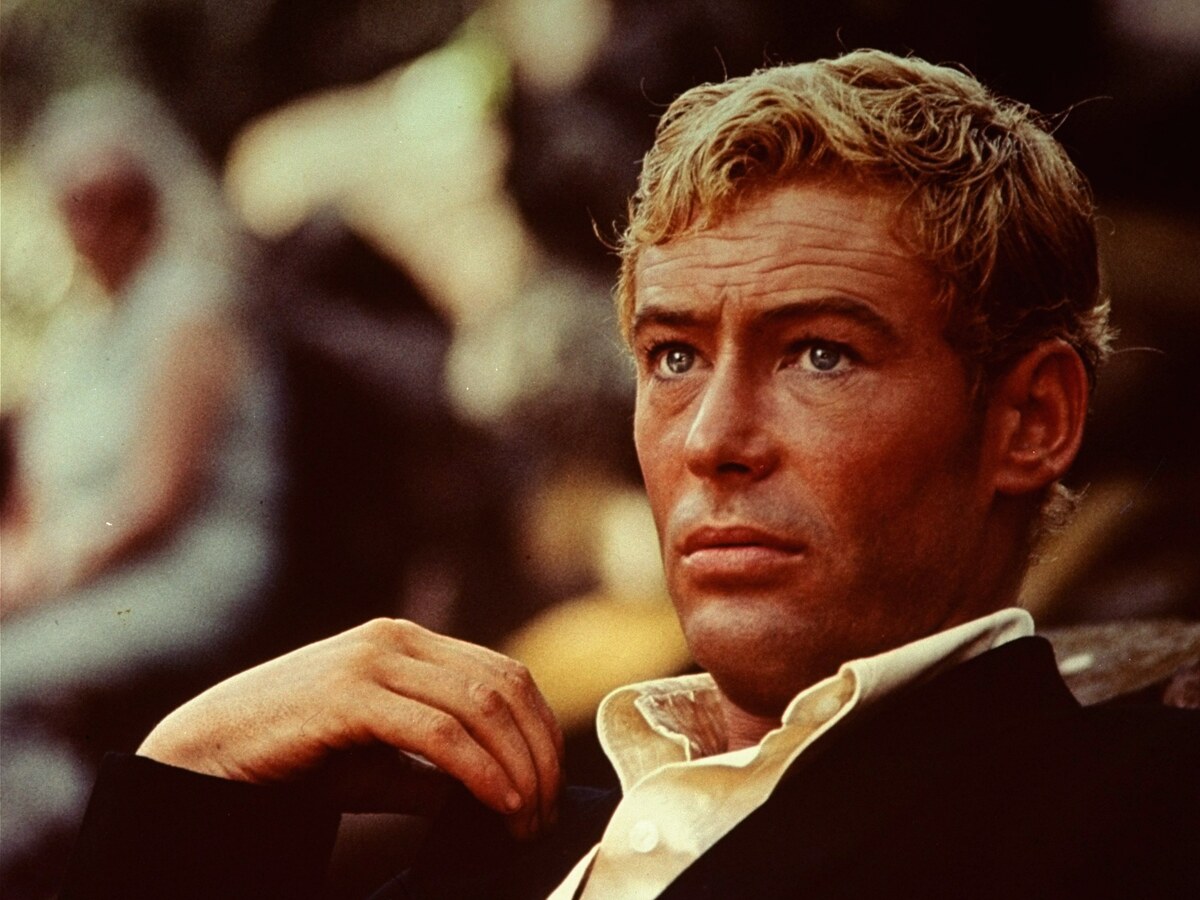 O'Toole, shown above in 1965, died in London on Saturday after a long illness. He was 81 years old.

On getting into the Royal Academy of Dramatic Art

A chum of mine — who intended to be a painter — and I hitchhiked our way into London to begin our lives and we jumped off the lorry, the truck, at a station called Houston and we were aiming for a men's hostel. ... And we were plodding down [the street] and I looked on my left and it said, "The Royal Academy of Dramatic Art" and my chum said, "Well, if you're going to be an actor this is the kind of shop where they deal with such matters, so why don't you pop in?" So I popped in and I saw a bust of Bernard Shaw, and I was looking at the bust of Bernard Shaw and ... the sergeant commissionaire joined me at the bust and we started yawning about Bernard Shaw telling stories. ... And we were joined by a joined by an elderly, burly, gruff gentleman and he turned out to be the principal of the Royal Academy. He asked me if I was a student, and I said I wasn't but I was thinking of being. And one thing led to another and I found myself, that afternoon even, turning up for the first interview and then I did an audition and [another] audition, and found, to my surprise that I was in. 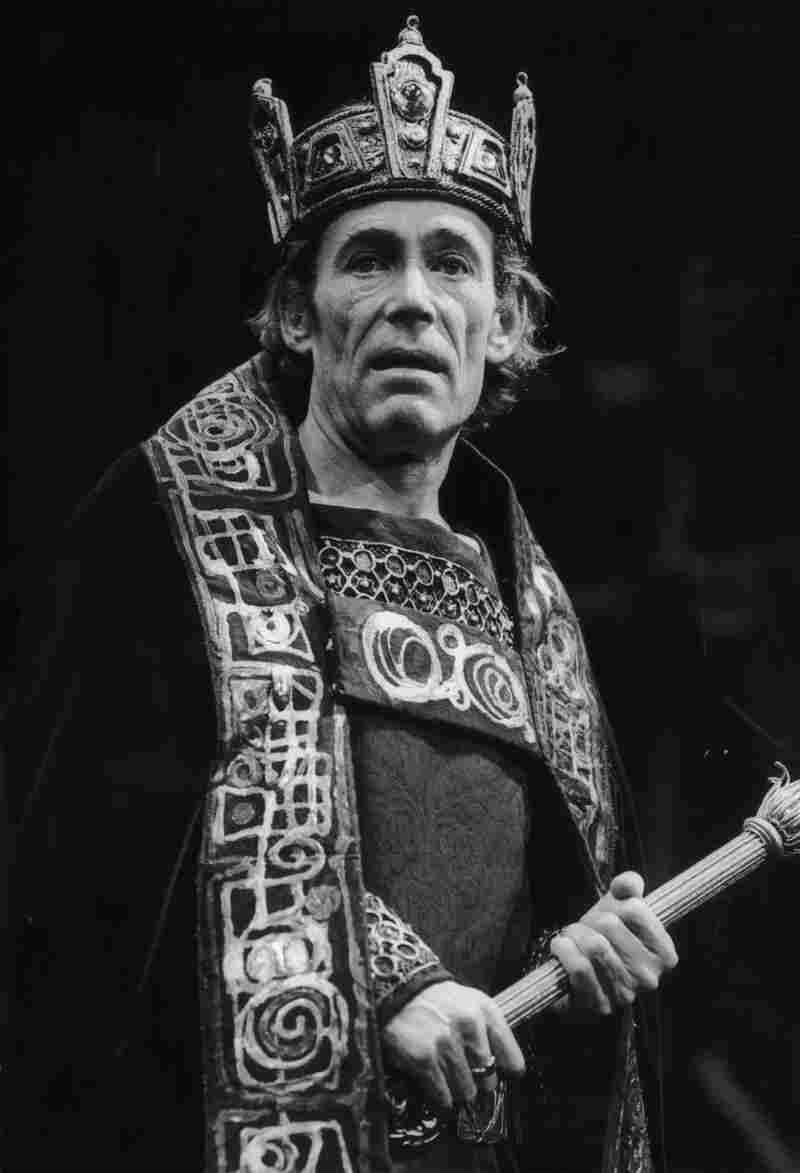 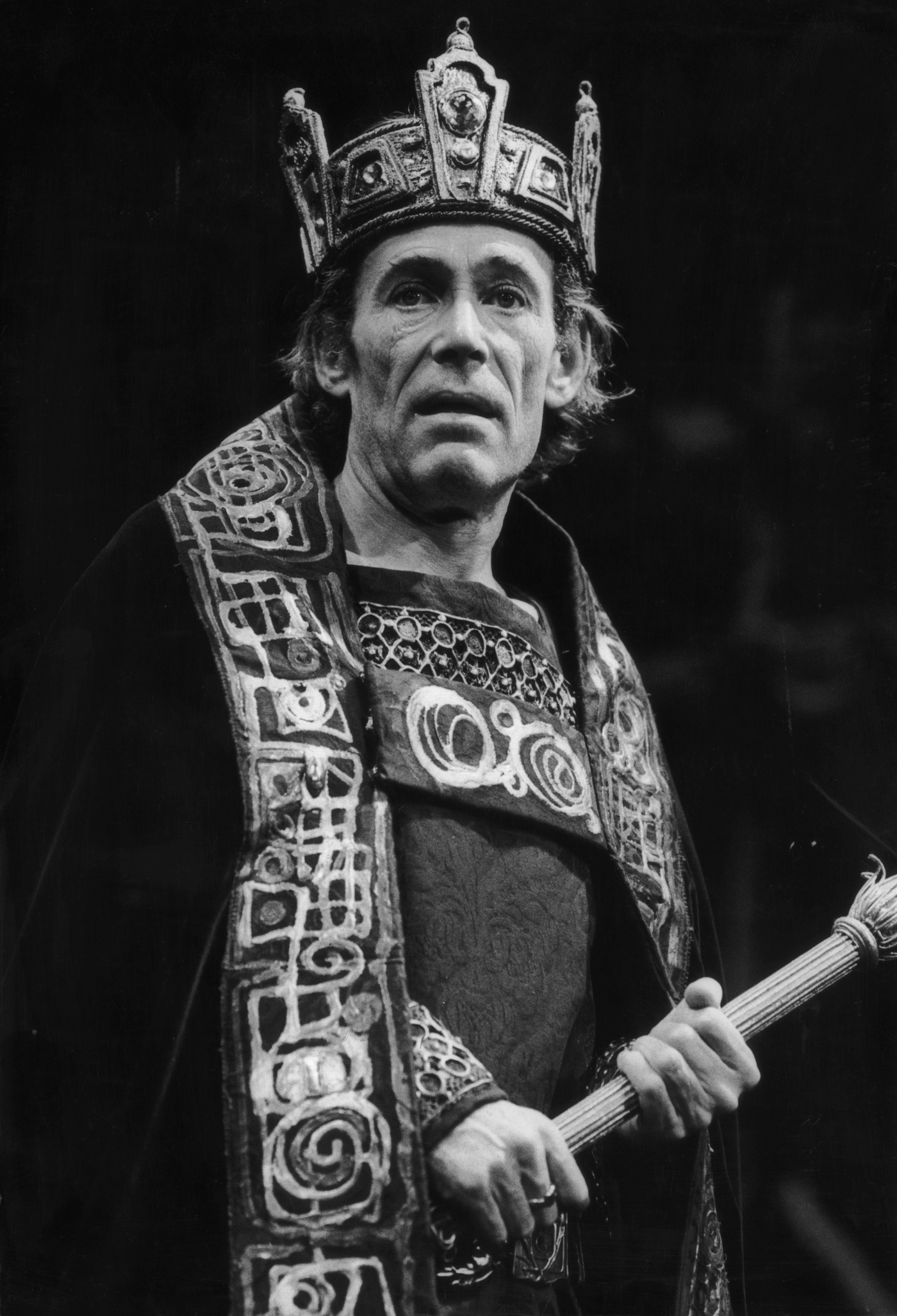 O'Toole plays the title role in a production of Shakespeare's Macbeth at the Old Vic, in September 1980.

On filming Lawrence of Arabia

It took nine months in the desert of Jordan. ... We lived in tents; occasionally I had a caravan. We'd shoot for about 10 to 12 days and then we'd have two or three days off and I would go to Jerusalem or to Beirut, [fellow Lawrence actor] Omar [Sharif] and I, where we'd squander our pieces at poker.

On gambling during filming

I did gamble, quite a lot until I was about 30 or so, then it petered out. I mean, for instance, Omar Sharif and I ... we were in Beirut — Beirut in the better days and we were playing cards and we lost all the money we had earned in nine months, we lost in one night in Beirut. Then a year later, we were in Casablanca and all of the money we had earned in that year we had lost in two nights. ... We weren't sober, but neither were we unconscious. We were fully aware of the pain and agony of watching all of our pennies going down the swanny.

On learning to ride a camel

I loved the desert, I really did. ... I was there three months before filming started and the idea was to learn to ride a camel. [It was] impossible. What you see is a European perched uneasily on the top of this huge brute, snorting and galloping. ... I found after a while my bottom was bleeding from bouncing up and down on this snorting great dragon.

5 By O'Toole: What To Watch Beyond 'Lawrence Of Arabia'

Peter O'Toole, Exuberant From 'Lawrence' To His Last Role

I went to Beirut — not to gamble this time — but to buy sponge rubber and it was, I remember, mucous membrane pink. And I arrived back to my Bedouin friend with this lump of thick, thick rubber and I stuffed it, shamelessly onto my saddle. ... But after a while they looked and they saw it was quite comfy, too, and they could bounce more easily on sponge rubber than you could on wooden hump, so they began to ask me to buy more. So I was requisitioning tons of this damn stuff, yards of it. I think I introduced sponge rubber into Arabian culture. ... They called me [in Arabic] "the father of rubber."

On the long distance shots in the desert

I had a stunt man doing ... all those shots that are miles and miles away, and [director] David [Lean] said, "Look through the lens, Peter. Look at the stunt man." So I did, and he said, "You see? No poetry." So I found myself being the poet and I was the one bouncing up and down miles and miles away. But it was all right. I had a transistor radio plugged into my ears and I had a cigarette going and I had a little bottle of something in the saddle bag. I was quite comfy.