Accessibility links
Movie Review - 'Anchorman 2: The Legend Continues' - Ron Burgundy, Still A Legend In His Own Mind Will Ferrell's airheaded newsman heads to New York and a national platform — and more clueless self-humiliation. Critic Ian Buckwalter says the oddly lovable idiot is in fine form — and at the center of a veritable tsunami of absurdity in Anchorman 2.

Ron Burgundy, Still A Legend In His Own Tiny Mind

Ron Burgundy, Still A Legend In His Own Tiny Mind 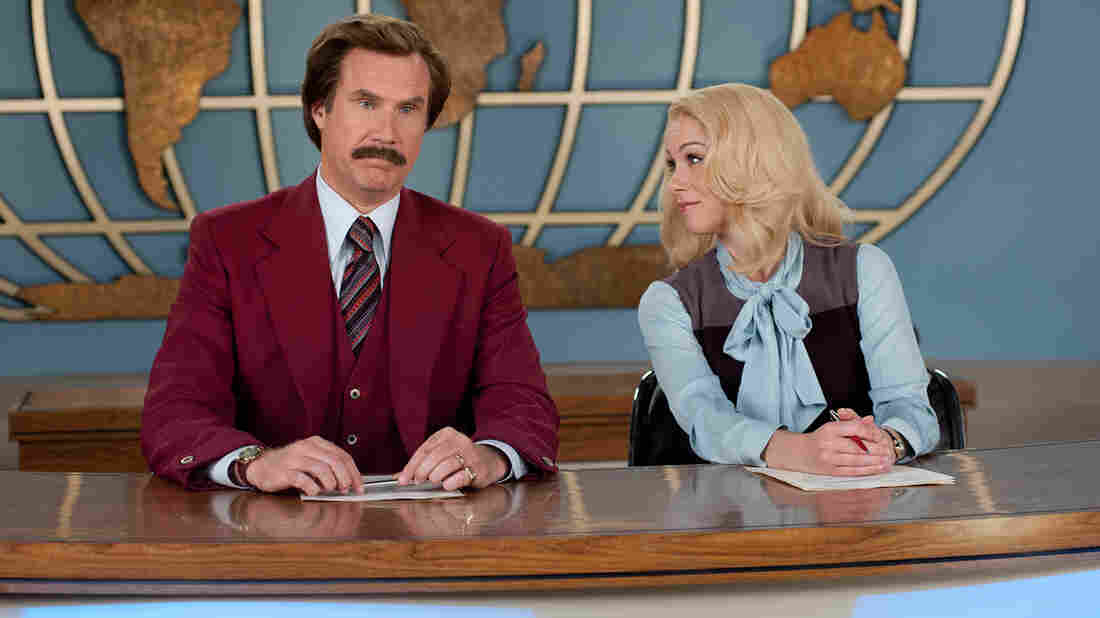 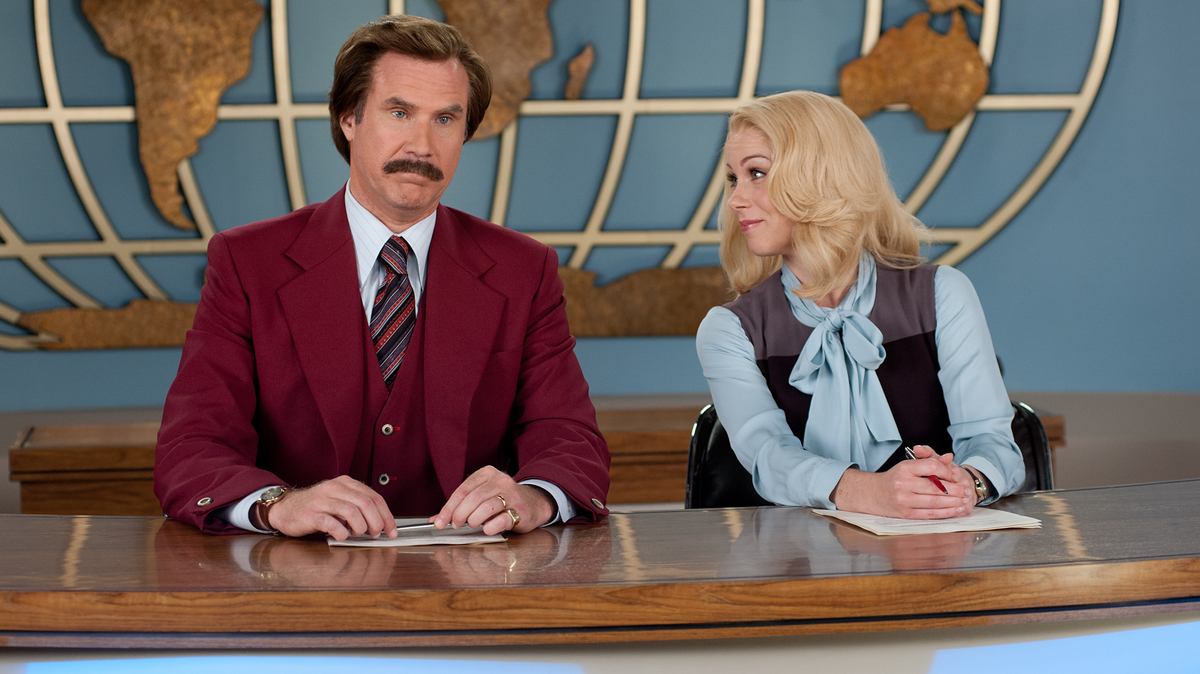 Great Odin's Raven! Will Ferrell's cheerfully idiotic Ron Burgundy and Christina Applegate's whip-smart Veronica Corningstone are back for a comedy sequel that critic Ian Buckwalter says is essentially an avalanche of one-liners.

Rated PG-13 for crude and sexual content, drug use, language and comic violence

Make no mistake, Ron Burgundy is a terrible human being. In 2004's Anchorman, it's true, he learned a lesson (sort of) about the dangers of his overinflated ego and the lies of his culturally inherited misogyny. But everything came out OK in the end, and he ended things as a semi-likable rogue — casually misogynist, lackadaisically racist, generically insensitive and oblivious, but still a guy who loves his dog, his lady and his Scotch, and who isn't afraid to cry.

But Anchorman didn't go from modest box-office success to quotable cult hit because of Burgundy's redemption. He has become Will Ferrell's most enduring comic creation because he's the kind of egocentric buffoon who declares himself "kind of a big deal" and surrounds himself with sycophantic yes men who are as horrible as he is — or too dumb to know the difference. If laughing at these idiots — not with them, and that's both a fine line and an important distinction in the success of Anchorman — can provide an outlet for the frustration of not being able to call out their real-life equivalents, then the sequel should be worth the admission price in therapeutic value alone.

Comedy sequels sometimes feel like cash-ins, but coming nine years after its predecessor, Anchorman 2: The Legend Continues isn't exactly riding the wave of the first film's success. This feels more like the end result of years of freestyling; I'm imagining Ferrell and collaborator Adam McKay coming up with random Burgundy bits at parties all these years and needing a place to put them.

That could serve as the recipe for a sprawling, unfocused mess of disconnected jokes, and sometimes the sequel does flirt with disaster. (Among other things, it's about 15 minutes too long.) But Ferrell and McKay have devised the perfect frame to explain why so many self-centered, ratings-obsessed, fame-hungry news professionals might all find themselves in the same place again — the perfect plot hook to give them an even bigger stage to let their lunacy reign. Ron Burgundy, you see, accidentally invents 24-hour television news as we now know it.

It's 1980, and after yet another professional setback, Burgundy gets hired to anchor the night shift at the fledgling GNN, a brand-new network that's about to launch with nothing but news. So he gets the old team back together: playboy reporter Brian Fantana (Paul Rudd), good-old-boy sportscaster Champ Kind (David Koechner), and Brick Tamland (Steve Carell), the weatherman one might be inclined to describe as a man-child, if that weren't so offensive to children.

GNN is obviously meant to suggest CNN, which launched that year in the real world, but Ferrell and McKay are equal-opportunity satirists, and the station's owner (Josh Lawson) is clearly a composite of Rupert Murdoch and Richard Branson, so News Corp. and media consolidation come in for their share of abuse.

This isn't subtle lampooning. Skepticism about the news "innovations" that Burgundy happens upon — endless on-screen graphics, meaningless police-chase coverage, padding a live show with irresponsible speculation, the notion that everything is "breaking" news — is nothing new, and Ferrell and McKay make no effort to bury the satire within the story's subtext.

Actually, there isn't any subtext, and story isn't really a primary concern. Even the satirical jabs are secondary; Anchorman 2 is little more than a two-hour joke-delivery system, with practically every line designed to play as a punch line.

It's impossible for all of them to work, but the sheer volume of material, delivered by a cast dedicated to the absolute absurdity of the setups — Fantana's new career as a kitten photographer, Kind's side business running a fast-food chain with a specialty in fried bat, Burgundy nursing and training a live shark while blind and living in a lighthouse — is a kind of comedy carpet-bombing. All it takes is a certain percentage of hits for things to detonate.

The nonsense hits redline by the end, in a return to the news-team gang fight that served as the first film's lunatic centerpiece — only this iteration makes the earlier one seem sedate in comparison, with an avalanche of cameos and an anything-goes air. It feels like a scene devised by a gang of hyperactive 5-year-olds playing make-believe while hopped up on Pixy Stix and soda. Time will tell if this film is as quotable as its predecessor, but for now, Anchorman 2 coasts along quite successfully on sheer manic eccentricity.