Accessibility links
From 'Crash Reel' To Recovery, And Everything In Between NPR's Melissa Block talks with director Lucy Walker about her documentary The Crash Reel, which follows snowboarder Kevin Pearce from a devastating accident through his rehabilitation from a debilitating brain injury. 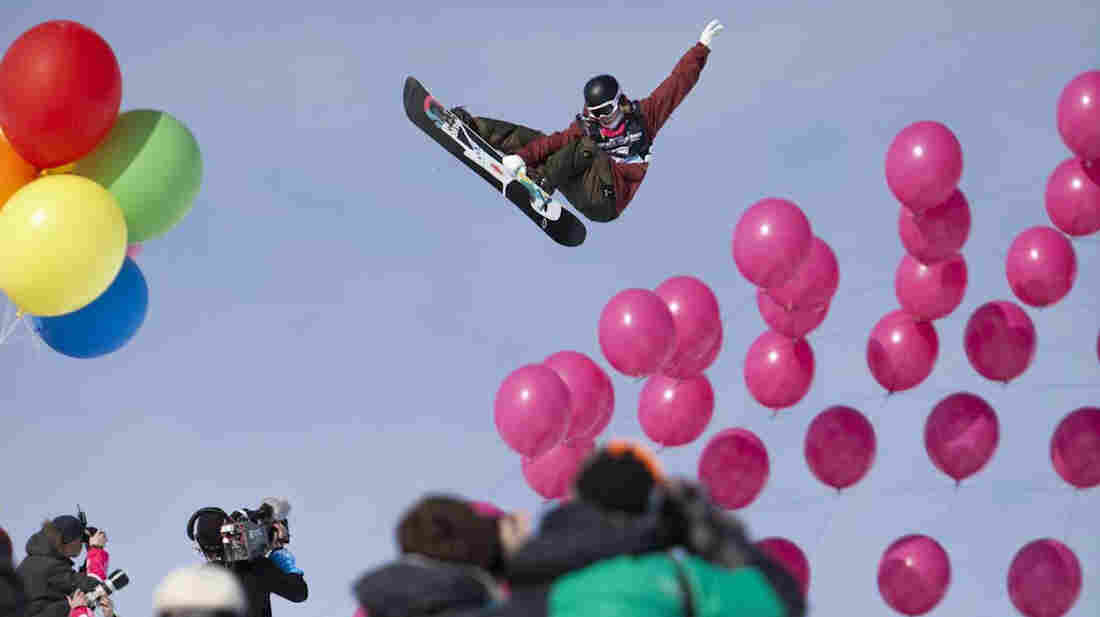 Snowboarder Kevin Pearce suffered a severe brain injury after an accident on the halfpipe in 2009. His road to recovery is the subject of director Lucy Walker's documentary The Crash Reel. Christian Stadler/HBO Pictures hide caption 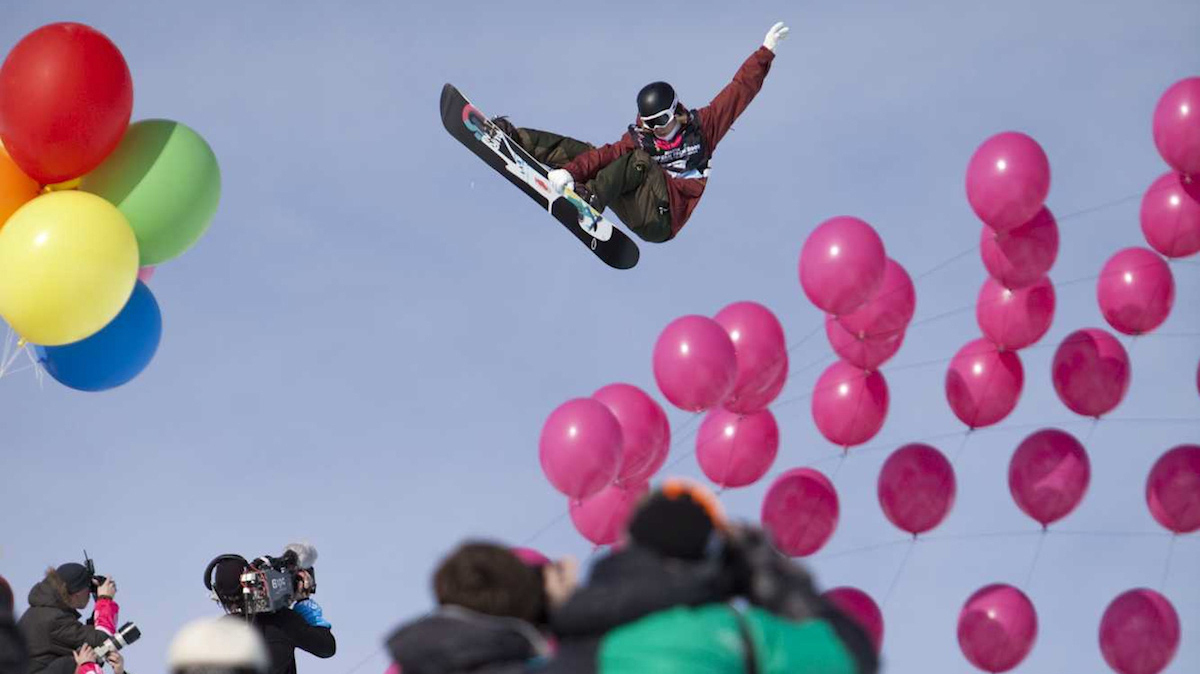 Snowboarder Kevin Pearce suffered a severe brain injury after an accident on the halfpipe in 2009. His road to recovery is the subject of director Lucy Walker's documentary The Crash Reel.

In 2009, snowboarder Kevin Pearce was riding high, soaring skyward, twisting his body into breathtaking acrobatics. He was 22, one of the world's top halfpipe riders, and a favorite to make the U.S. Olympic team for the 2010 Vancouver Games.

Then a devastating training accident, and a traumatic brain injury, brought those hopes to an end that New Year's Eve. Pearce's struggle to recover from that head injury, with the help of his family, is captured in filmmaker Lucy Walker's documentary The Crash Reel, which has made the Oscar shortlist for this year. Walker spoke with NPR's Melissa Block about following Pearce through his journey back to something like normal.

On the accident that caused Pearce's brain injury

Kevin was attempting a trick called a cab double cork. And he just slightly missed the landing and plunged headfirst — with all the force of having rotated three times in the air at crazy angles — and slammed his forehead into the hard halfpipe. And he was in a coma, and was very lucky to survive.

On Pearce's health when they first met

I met Kevin the summer after the accident, in 2010, and he was in terrible shape from his severe traumatic brain injury. His eyes were looking different directions. He couldn't remember much, so he kept reintroducing himself to me and saying, "Hey I'm Kevin." He couldn't read. He kept sleeping. He was very visibly brain-injured. ... Kevin came out of his coma not knowing his name, not being able to stand up or eat. And at this point, this was still fairly early in that recovery. This was his first excursion from the hospital when I met him.

On Pearce's desire to return to snowboarding

The risks in extreme sports are huge, obviously. And there's a question about athletes in general going for those risks. But in Kevin's case, the way his brain was hit, it can't sustain any more impact. And so his doctors and his family are hugely concerned that if he hits his head again, even very slightly, a knock that you and I might not even feel a concussion from, that that could absolutely kill him. And of course you can't do this kind of snowboarding in the halfpipe without hitting your head routinely. 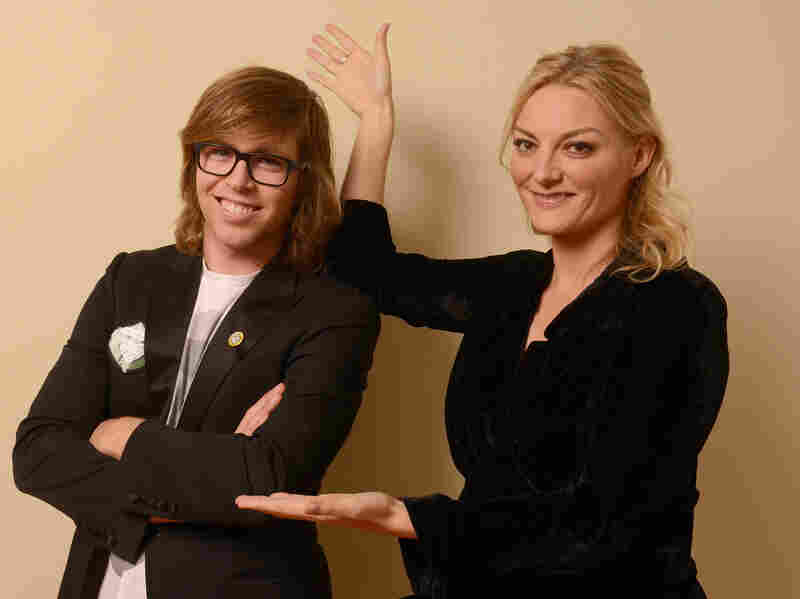 Walker poses with her subject at the 2013 Sundance Film Festival. Pearce has since returned to snowboarding, though he's taking it slow. Larry Busacca/Getty Images hide caption 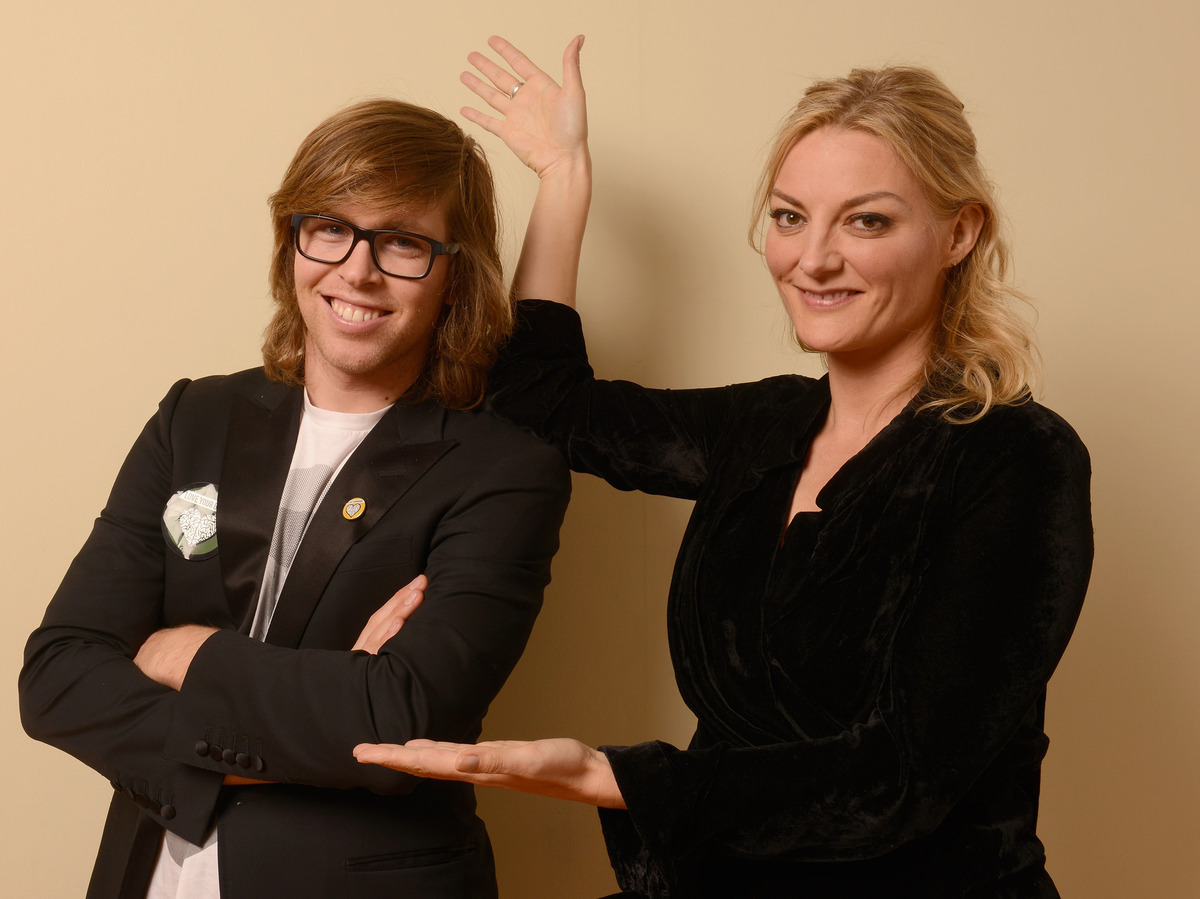 Walker poses with her subject at the 2013 Sundance Film Festival. Pearce has since returned to snowboarding, though he's taking it slow.

On Pearce's brother David, who has Down syndrome

The dynamic between these two brothers is fascinating, two intellectual disabilities — one from birth, and one acquired. And each of the brothers refuses to accept their disability. David hates his Down syndrome, and Kevin refuses to believe that life is different now, after the accident. And the way that the two ultimately challenge one another to come to grips with this new reality, this disability, and embrace where they're at, is an incredible story that is sort of — people think it's a snowboarding movie, but it's not at all. It really is about this journey of coming into acceptance of what is really real.

I wanted to call the film The Crash Reel because there are these things called "crash reels" which many filming companies and many athletes have. [They're] enormously popular, very glamorous edits of all the gnarliest crashes. And this culture of extremes that we're in, I wanted to ask questions about that.

And I wanted to, sort of, slow down one crash and show the buildup to it and the rippling effects. Rather than what we see on YouTube so commonly ... just, glamour-glamour-glamour crash-crash-crash, without anybody really stopping to consider what these crashes entail for these individual athletes, which [could be] life-changing or life-ending injuries.

More On 'The Crash Reel'

A Sports Star's 'Crash,' Then The Search For A New Normal

I think we are all complicit, and we do all need to take responsibility for what we watch. Sadly I think the way the sports are configured, athletes are going to continue to crash and be killed. And I think we should be asking the most serious possible questions about that.

On Pearce's snowboarding now, even posting an Instagram photo of himself a week ago

Kevin is snowboarding, he's ... taking it very easy. And he does it in nice, soft powder. But I have to say I continue to worry about him. I mean once you've sustained the kind of extreme traumatic brain injury that he sustained, I'll forever worry about Kevin. And the story's never over yet.