Accessibility links
Vieux Farka Touré On Mountain Stage The son of the late, beloved Malian singer-songwriter and multi-instrumentalist Ali Farka Touré, Vieux has become a massively prominent performer in his own right. Hear him perform with his band. 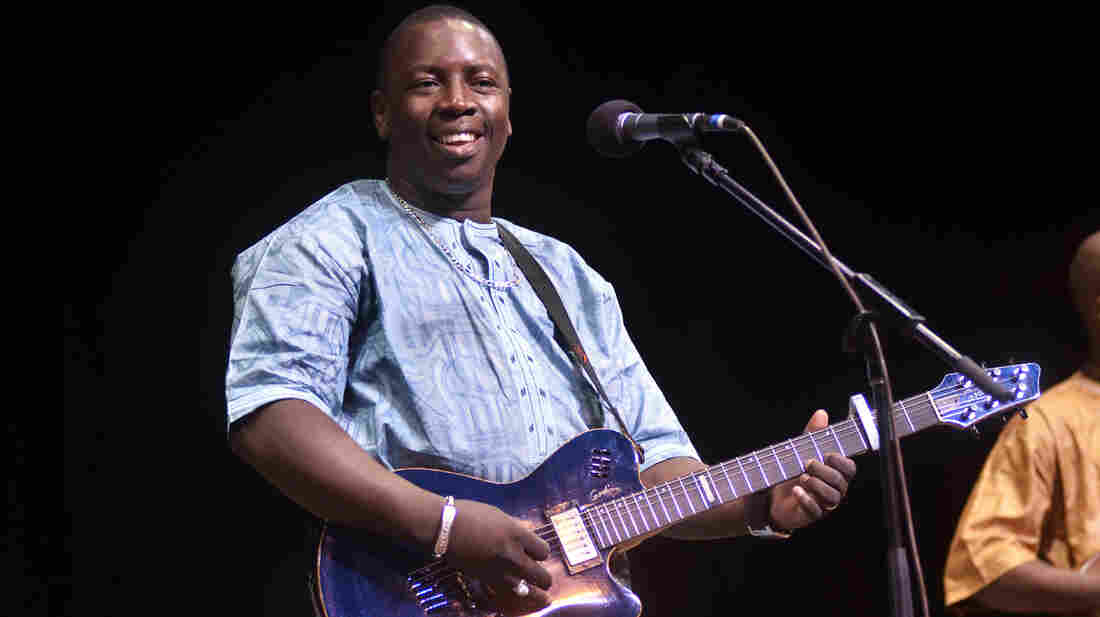 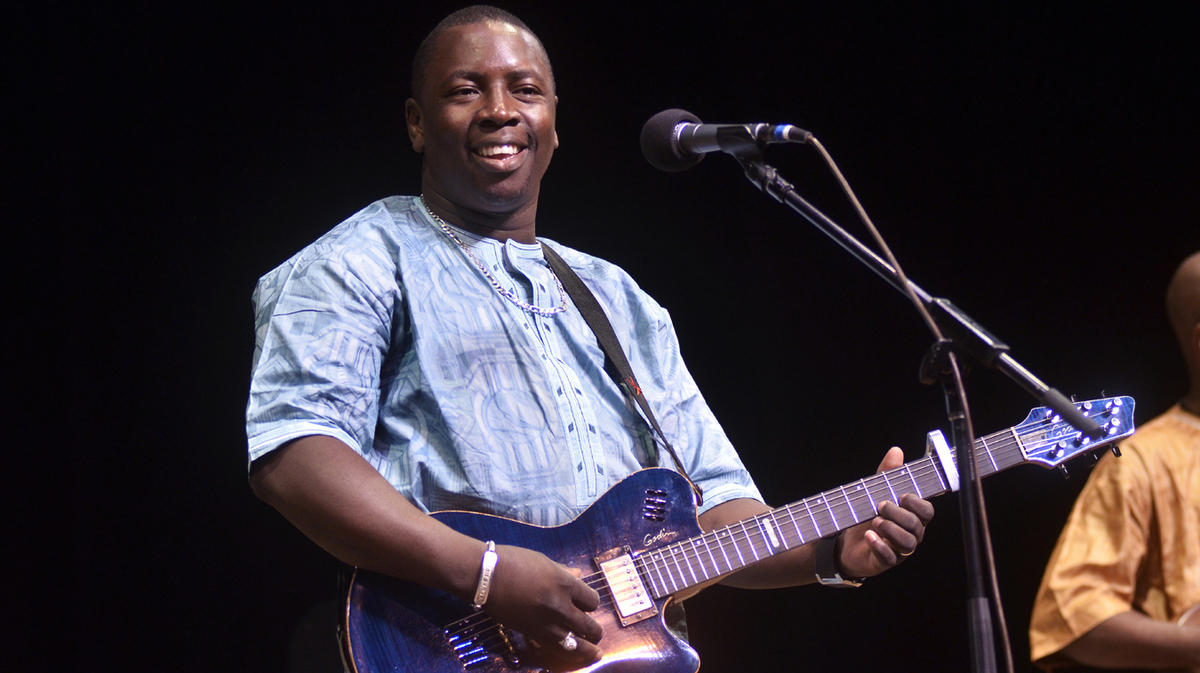 Vieux Farka Touré appears on Mountain Stage, recorded live at the Culture Center Theater in Charleston, W.V. The son of the late, beloved Malian singer-songwriter and multi-instrumentalist Ali Farka Touré (a guest on Mountain Stage back in the summer of 1993), Vieux is massively prominent in his own right.

Though his father initially forbade him to play music, Vieux found himself playing drums before falling in love with the guitar at the National Arts Institute in Bamako, Mali. His 2005 debut contained some of his father's last recordings before his death; his 2011 album The Secret featured contributions by Dave Matthews, Derek Trucks and John Scofield. Vieux's latest release, The Tel Aviv Session, is a collaboration with Israeli superstar Idan Raichel.

Here, he plays with his own band, which features Tim Keipet on drums, John Bashengez on bass and Moussa Diabate on the ngoni, a traditional West African instrument.