Accessibility links
A 'Tale Of Two Cities' As Detroit Looks To 2014 It became the largest city in U.S. history to file for bankruptcy. Its former mayor was sentenced to 28 years in prison. And a TV personality compared it to Chernobyl. But a new year is on the horizon, and for some parts of Detroit, things are looking up. Really. 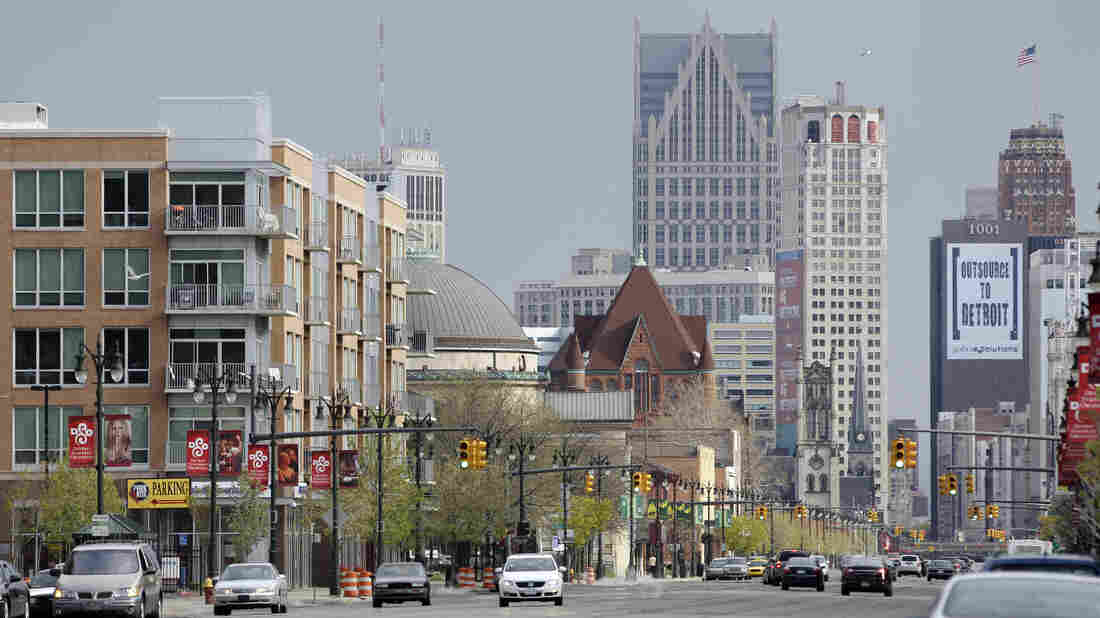 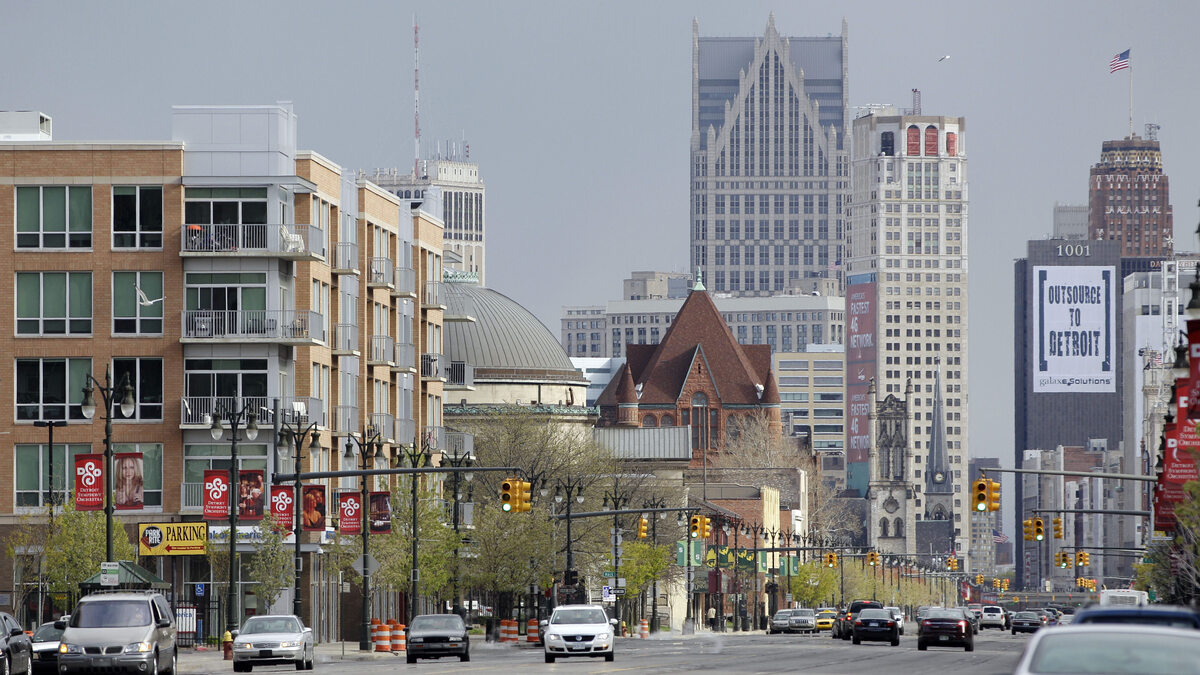 Detroit's Midtown neighborhood is reviving in the midst of the larger city's decline.

The streets outside Avalon Bakery in Detroit's Midtown are a snowy, slushy, mostly unplowed mess, and all these customers want to do is pay for their loaf of Motown Multigrain or Poletown Rye.

But Detroiters are a gracious, if weary, bunch. So when they see yet another reporter sticking a microphone in their faces, asking what they think of all this media attention, they answer politely.

And even if they're not always crazy about the way their city is portrayed, no one argues with the fact that Detroit had a newsworthy year.

"Whatever bleeds leads," says Jeff Reid, who moved to the area to take a job at Ford. "People like to show the dilapidation and the poor parts."

"It actually isn't surprising that the media has put so much attention on Detroit. I just wish it was positive," says Leslie DeShazor.

"It's become the stepchild city everyone likes to make fun of," says Jonathan Rajewski. "Everybody's done it — everybody's made fun of Detroit."

Its former mayor, Kwame Kilpatrick, was sentenced this fall to 28 years in prison for corruption. It's officially the biggest city in American history to file for bankruptcy protection, which it did this summer. And on CNN, food personality Anthony Bourdain compared its aesthetics to those of Chernobyl.

'The Most Pivotal Moment'

But Detroit's story is not just about astonishing corruption and dystopian landscapes.

There's also renovation — proven by a Whole Foods in Midtown, which opened over the summer to great fanfare. As the first Whole Foods to open in the city, it's part of the up-and-coming, hip, more affluent Detroit.

In the past year, this neighborhood and a few others have seen remarkable revitalization. Big companies are relocating downtown, bringing thousands of workers to the city's core. You can now find boutiques. New bars and restaurants. Nightlife. People.

Nancy Kaffer, a columnist for the Detroit Free Press, is grabbing a grocery cart at the Midtown Whole Foods. She's picking up ingredients to make cookies for friends who are helping her move from the suburbs to the city proper.

"Our new cliche for Detroit is it is a tale of two cities," Kaffer says.

Kaffer says the fact that Detroit's story is so complicated makes it all the more fascinating: "Every year that I've been covering the city, we always say, 'This is the most pivotal moment; this is the biggest turning point in the city's history.' And it's always true."

In large part, Detroit is the poster child for distressed cities. Its problems are bigger, its scandals more spectacular, but fundamentally they're the same problems facing dozens of cities. So how Detroit deals with its financial mess, as it strives to stem its decline, is something a lot of people are interested in.

"I would call the last year a cleansing year, and the beginning of a renaissance,
says Reid, at the Avalon Bakery.

When he first moved to the area, he lived outside the city, "because I thought I'd get killed if I lived in Detroit," says Reid.

Then he visited and fell in love with it. He moved here a little over a year ago.

Reid says he's glad the city has closed the chapter on the Kwame Kilpatrick corruption saga. And he's optimistic about the new mayor voters elected last month: Mike Duggan, who moved to Detroit from the suburbs specifically to run for the position.

Reid says people outside the city are making a big deal about Duggan's race — he's the first white mayor since 1969. But Reid says Detroiters just want someone to make things work: "They don't care what color their mayor is. They just want the snow plowed, the trash picked up and the streetlights to come on. They don't care if a white guy does it or a black guy does it."

Next year will surely test the city's ability to do those basic municipal tasks, while at the same time it tries to pull off a massive financial restructuring.

Year after year, residents have hoped that now their city has finally hit rock bottom. But the thing about Detroiters: They also believe a renaissance is right around the corner.