Accessibility links
Hollywood Holding On To Its Summer Love Seventeen big-budget movies premiered this past summer, and almost all of them cost more than $100 million to make and about that much to promote. While only about 10 of them were solidly profitable, studios are not changing their strategies. 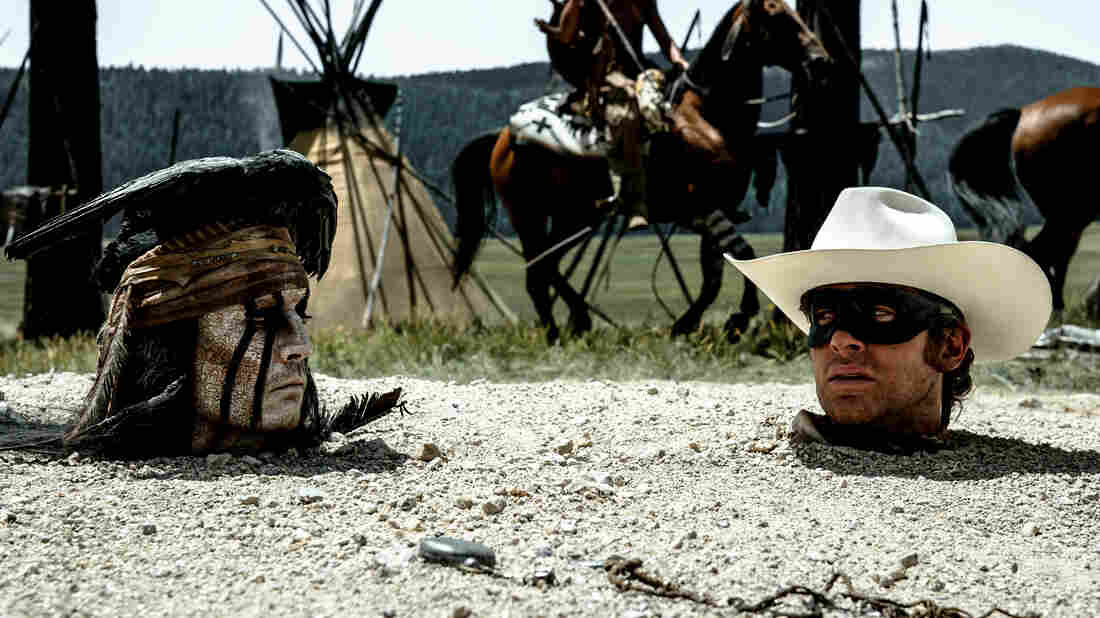 This summer, movie studios were up to their necks in big-budget blockbusters, including Disney's The Lone Ranger, which ended up a huge bomb. Peter Mountain/Walt Disney Pictures hide caption 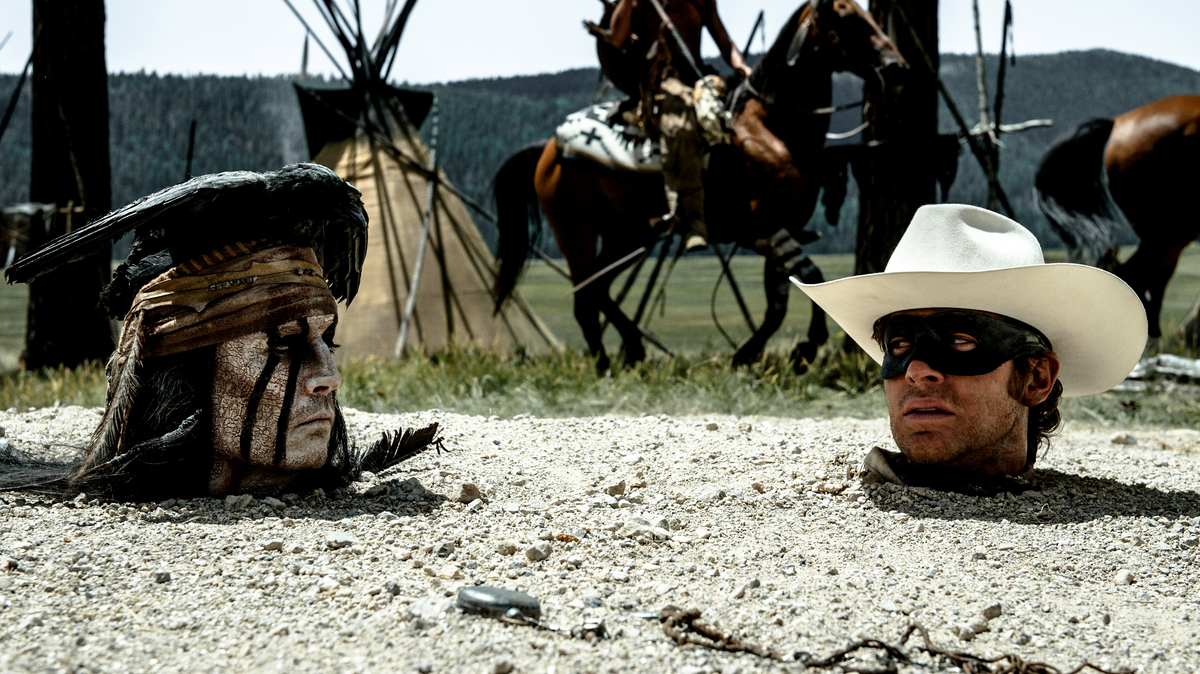 This summer, movie studios were up to their necks in big-budget blockbusters, including Disney's The Lone Ranger, which ended up a huge bomb.

You can understand a lot about how Hollywood works if you understand the number 17. That's the number of big, super-expensive movies that came out in the May to July summer movie season. And only about 10 of them were solidly profitable.

It's a little like cramming too much candy in your mouth. Hollywood loves summer, so that's when the studios cram in a lot of their big commercial releases.

It wasn't exactly a train wreck, but 17 movies released in just three months was way too many.

"It seemed like every time you would refresh your browser, there was a new film going down in flames at the box office," says Jeff Bock, an analyst with Exhibitor Relations whose browser is often fixed on Hollywood data.

He says to just look at the glut of films that premiered this July. In one month, eight giant movies came out: The Lone Ranger, Despicable Me 2, Pacific Rim, Turbo, Red 2, R.I.P.D, The Wolverine and The Smurfs 2.

"Theater owners can't hold these films much longer than three to four weeks, and that's where the problem lies," Bock says. "They don't sustain like 20 years ago when Indiana Jones would play all summer long." 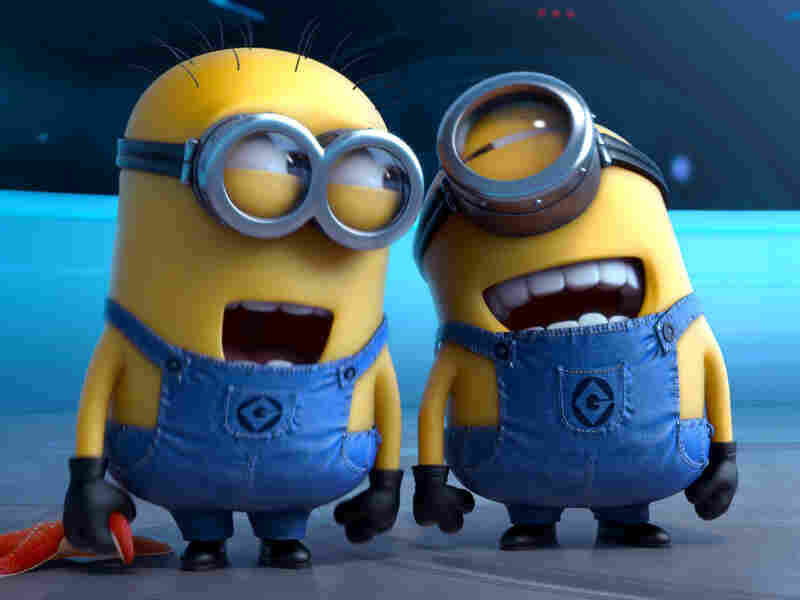 The cackling yellow minions from this summer's blockbuster Despicable Me 2 will be back in their own spinoff in summer 2015. Universal Studios hide caption 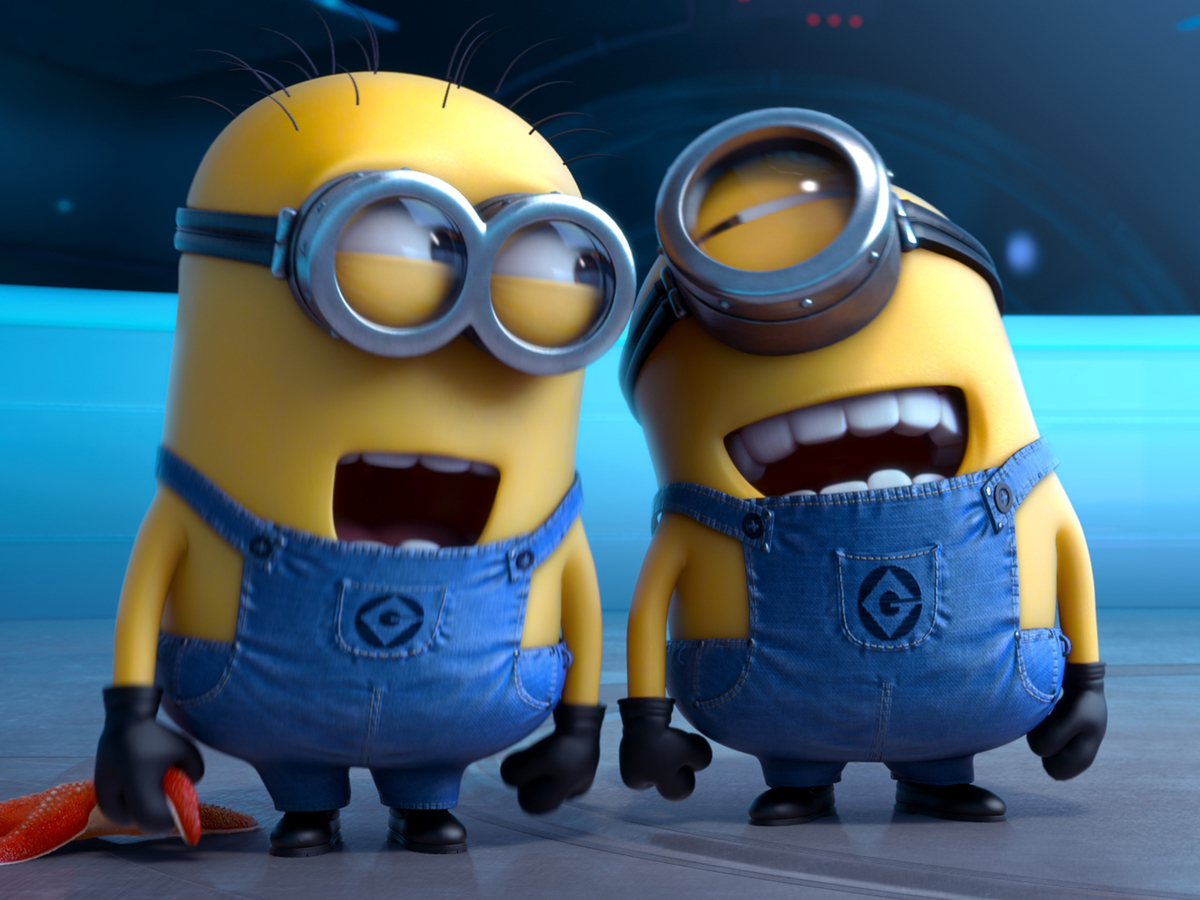 The cackling yellow minions from this summer's blockbuster Despicable Me 2 will be back in their own spinoff in summer 2015.

One thing Indiana Jones does have in common with today's blockbusters: It spawned more Indiana Jones. Year in and year out, the movies that do well at the box office are sequels. Think Iron Man 3 and Despicable Me 2.

Why were there 17 big movies released this summer? Couldn't studios release some of them at another time? Or make fewer movies that cost upward of $100 million?

That's not happening, according to Doug Creutz, an analyst with Cowen and Co.

The blockbuster model, says Creutz, is still the best way for a studio to clean up.

"Probably the biggest misfire this summer was The Lone Ranger," he says. "Disney lost $200 million on it. They still made a pretty good amount of money in their studio this year. Why? Because they made money on Iron Man 3 and Monsters University."

If you think this summer was bloated with blockbusters, just wait until 2015. There's an Avengers sequel, a Jurassic Park sequel, Batman vs. Superman and reboots of Mad Max and The Terminator. If destruction's not your thing, there's a Finding Nemo sequel and the Minions movie.

Dreamworks hopes to beat the summer of 2015 crowd. They'll be releasing The Penguins of Madagascar ... in March.