Accessibility links
Michele Rosewoman Goes Back To Afro-Cuban Jazz's Future You could look at Rosewoman's New Yor-Uba band as reuniting cousins who've drifted apart: jazz and folkloric Cuban music with its own family ties to the slave coast of West Africa. 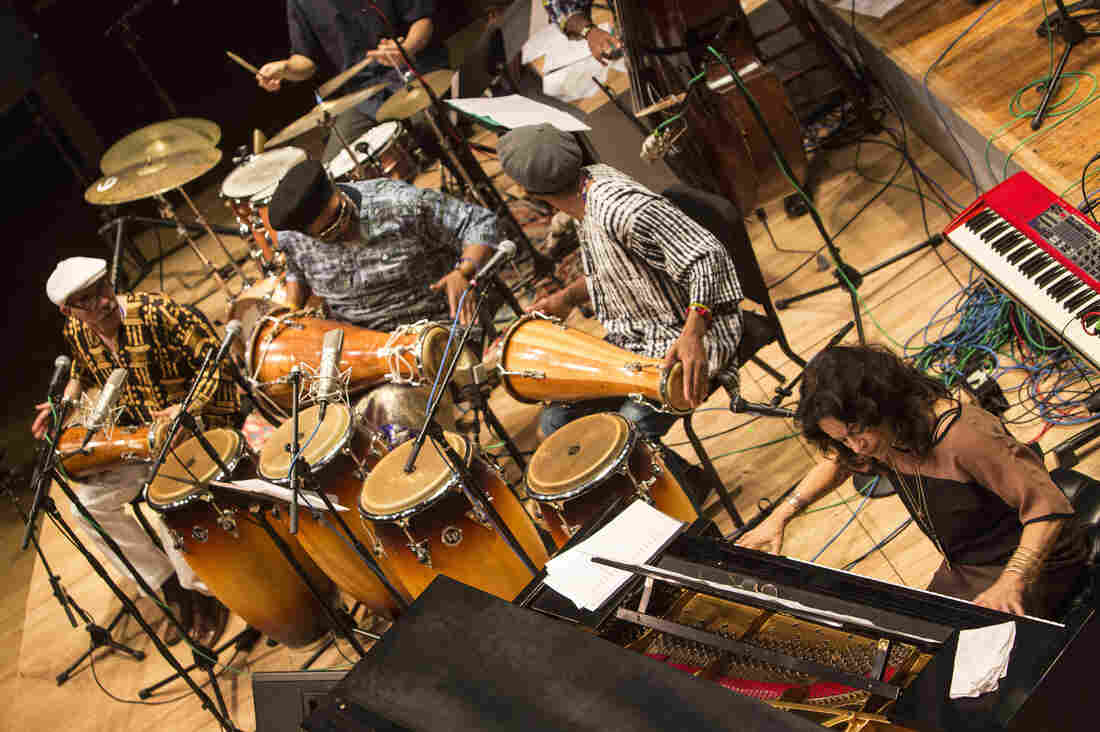 Michele Rosewoman (bottom right) is joined by batá percussionists in performance with her New Yor-Uba Ensemble in 2013. Tom Ehrlich/Courtesy of the artist hide caption 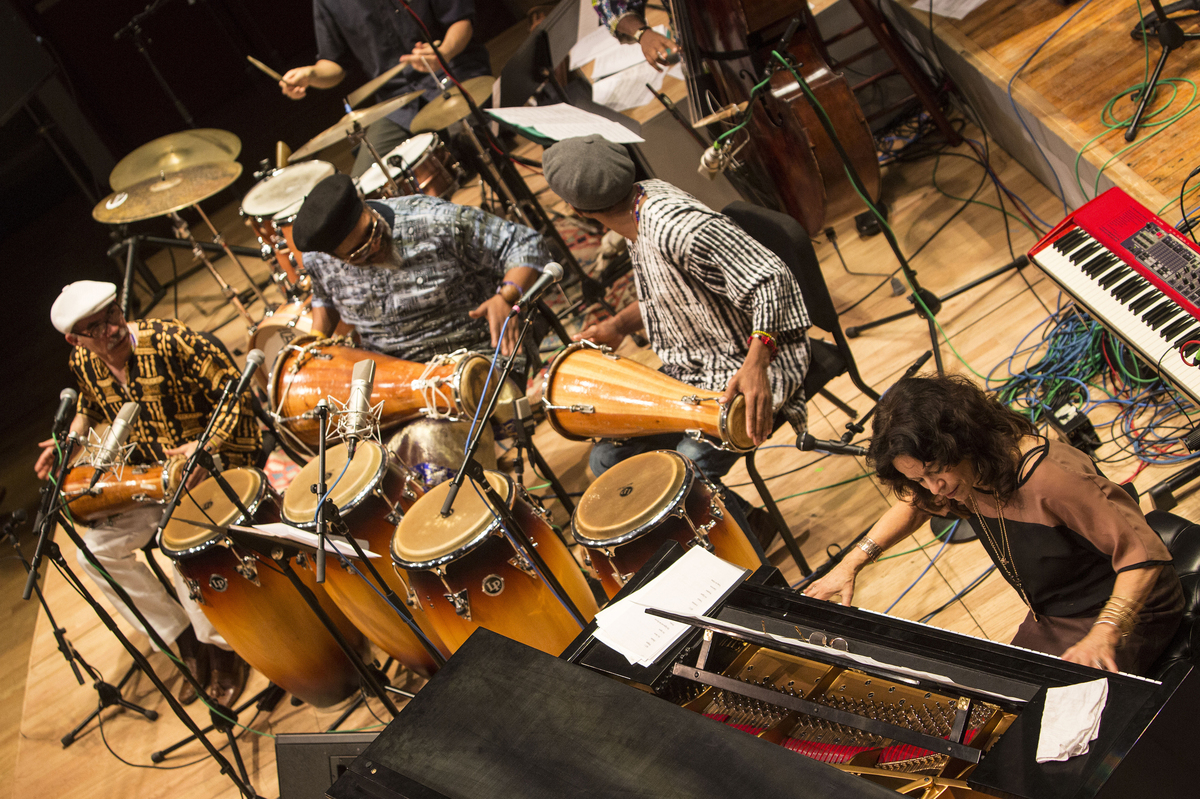 Michele Rosewoman (bottom right) is joined by batá percussionists in performance with her New Yor-Uba Ensemble in 2013.

Tom Ehrlich/Courtesy of the artist

When Michele Rosewoman was growing up in the Bay Area, she played piano from childhood and congas from her teens. After moving to New York in the late 1970s, she began making music in two areas: modern jazz and traditional Cuban music. Before long, she started combining the two in her New Yor-Uba band.

Cuban rhythms influenced jazz from the very beginning. When old Jelly Roll Morton talked about how jazz needed "tinges of Spanish," he illustrated his point with a Cuban tresillo beat, an uneven three-note grouping that informs jazz's loping swing feel. The related delayed-second-beat habanera rhythm made "St. Louis Blues" a hit, and is behind everything from the tango to booting rock 'n' roll sax riffs. You could look at Rosewoman's New Yor-Uba band as reuniting cousins who've drifted apart: jazz and folkloric Cuban music with its own family ties to the slave coast of West Africa.

Rosewoman's double album New Yor-Uba: A Musical Celebration of Cuba in America comes 30 years after she assembled her first New Yor-Uba band. The current one is a jazz octet plus a trio of Cuban singers and bata drummers — bata are the sacred, double-headed hand drums of the Yoruban people. Two charter New Yor-Ubans are still around: Oliver Lake on saxophones and flute and Howard Johnson on baritone sax and tuba. A typical Latin jazz band piles on the high trumpets. Rosewoman favors rich saxophones and low brass, and maybe a funky bottom — as in "Natural Light."

On most pieces, Rosewoman wraps her compositions around Yoruban or Dahomeyan devotional chants and drum patterns. They give the music a spiritual resonance across centuries and continents. Rosewoman treats those materials with care — the sung prayers appear in the prescribed order, and have their own integrity within the band's performance. The ensemble's lead vocalist is the magnetic Pedrito Martinez, whose singing opens a window on another time.

Michele Rosewoman is mindful of the fact that the traditions she bridges have different goals. Jazz is progressive — it keeps developing its own language. West African religious music has survived for centuries in Cuba through careful and often covert preservation. Rosewoman and her very aware musicians layer jazz phrasing and harmony over those ancient rhythms, and do justice to both traditions. It's like inventing Afro-Cuban jazz and sacred concerts all over again.