Accessibility links
A Home-Cooked Dinner That's More Than A Meal Yelitza Castro cooks for homeless men and women every other Saturday night. But "you don't make us feel homeless," says Willie Davis, who has partaken in many of the meals. Before he met Yelitza, he says, he had almost given up, but now he has his own place. 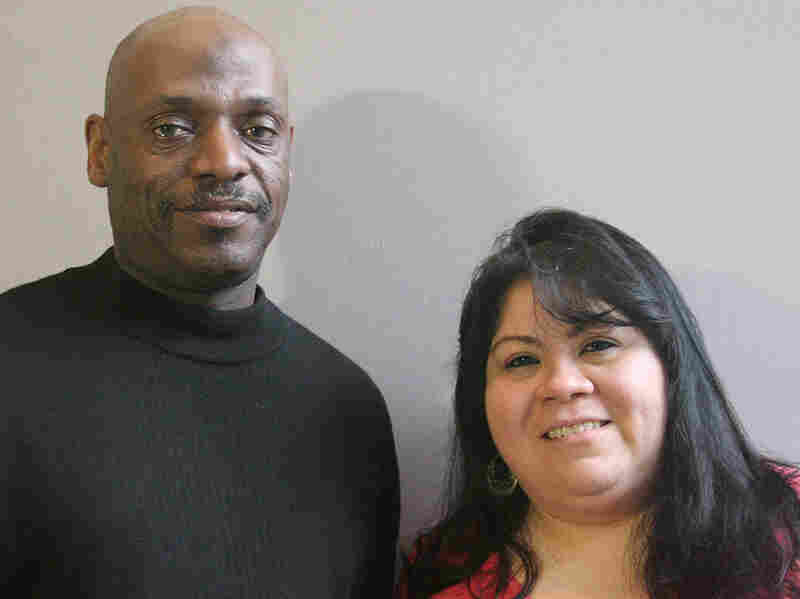 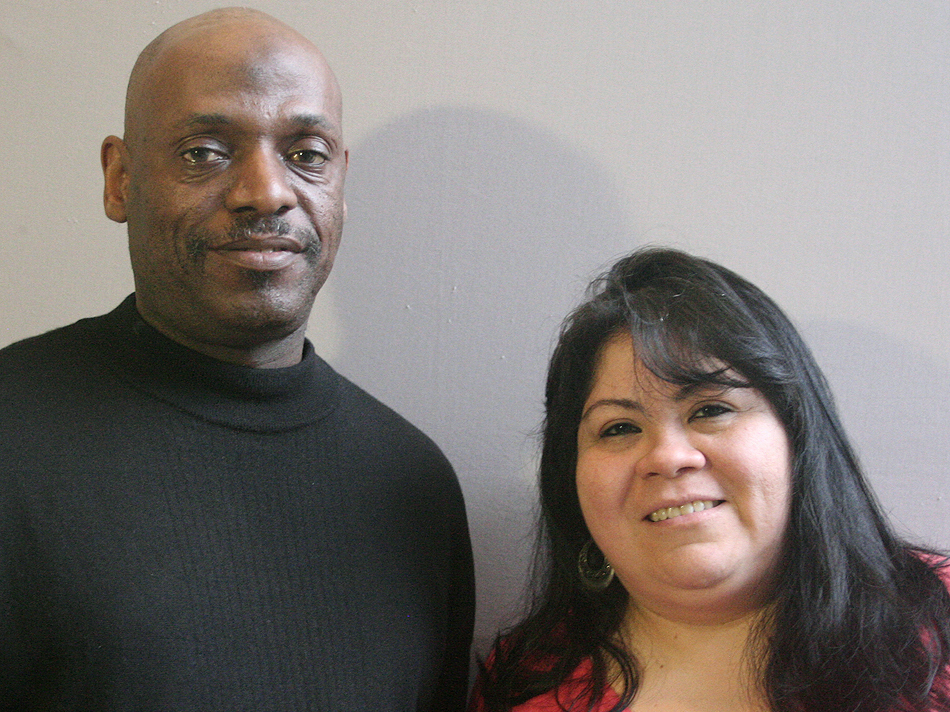 Willie Davis with his friend Yelitza Castro in Pineville, N.C.

Yelitza Castro, an undocumented immigrant who works as a housekeeper in Charlotte, N.C., cooks dinners for homeless men and women every other Saturday night. It's a tradition that started after she and her children spotted a man standing in the rain on a cold day with a sign asking for help.

Yelitza gave the man $5, she recalls, but her children wanted to take him out to dinner. She turned around to go back, but he was already gone.

"And we were thinking we have to do something," she says.

Since Yelitza started her dinners, Willie Davis has partaken in many of the meals. "You don't make us feel homeless," he tells Yelitza on a visit to StoryCorps in Pineville, N.C. "You know us by names and faces. And we know you all care."

Before he met Yelitza, Willie says, "I pretty much almost gave up. But that home-cooked meal, it just brought my self-esteem back up. And now I've got my own place."