For An Actress In Eclipse, 'All The Light' She Can Grasp

For An Actress In Eclipse, 'All The Light' She Can Grasp 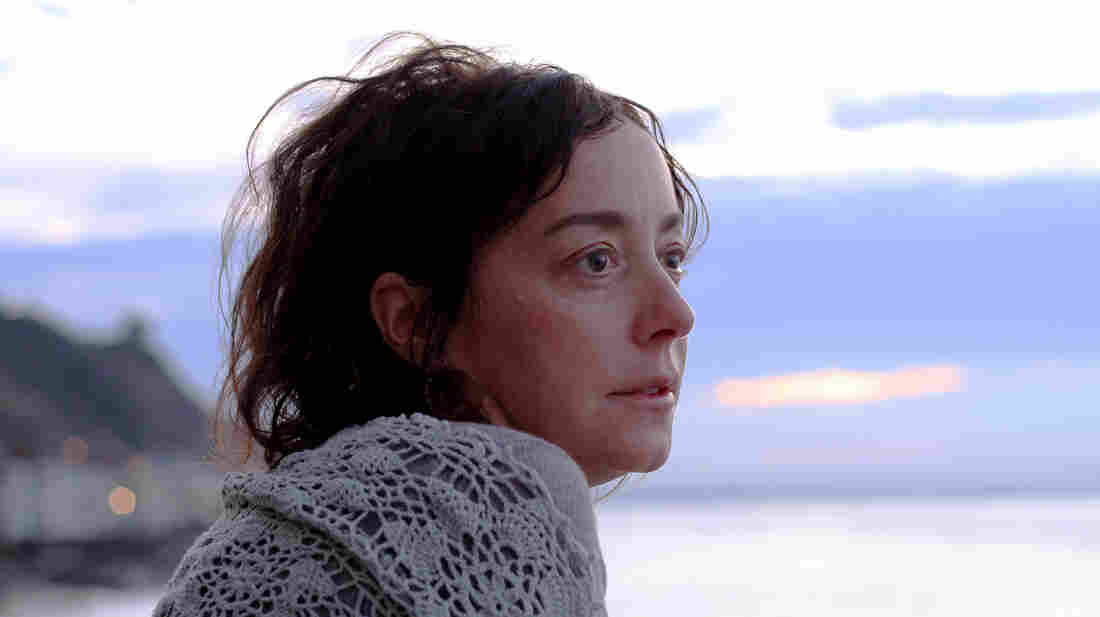 Jane Adams, who played a poet turned pimp on the HBO series Hung, takes on the part of a conflicted actor grappling with age in All the Light in the Sky. Factory 25 hide caption

All the Light in the Sky

"I wish I had this other layer all the time," says a woman offhandedly, zipping up a form-fitting protective wetsuit.

That telling statement, a kind of announcement of the character's fragility, might seem too on the nose in another movie. In All the Light in the Sky, it's delivered by the marvelous character actor Jane Adams, who — in a restrained performance of easygoing placidity interrupted by flashes of the uncertainty storming beneath — plays Marie, a once-successful actor in her 40s. Single, struggling for parts now, she's adjusting to the idea that her life has hit a plateau far from where she wanted to be.

Shot exceedingly simply and co-written by Adams with director Joe Swanberg, the warm film follows a few days in Marie's life as she goes through her routine: She wakes to the Malibu sun in her oceanside condo, dons her wetsuit and heads out to the surf, learns that she's lost out on another part. Repeat. She eats healthfully; her place is full of blankets and pillows; she can look right out on the ocean.

Just how much those habits and creature comforts are compensating for the pain of unmet expectations is thrown into sharp relief when Marie's niece Faye (Sophia Takal) visits from New York. Marie brightens instantly with someone to share in her life, which seems small in contrast. And since Faye wants to be an actress, Aunt Marie offers some nurturing advice and ideas on why she missed her moment, or feels she did. But her serene tone of acceptance takes on a shade or two of resentment when she stresses that Faye value her youth. When you're young, she says, you can do anything.

There's a sharp difference between Faye and Marie in energy, in hope and in expectations for life. Partly, it's that the one has had a career full of ups and downs, while the one is still at her beginning. But Marie's focus on the way a youthful female body is valued in Hollywood is half of a clear critique of objectification of women's bodies that the film examines from several angles.

The first shot employs full frontal nudity, and it's provocative only in the sense that it's entirely banal — just the messy everyday nakedness of getting up in the morning and taking off one thing off to put on another.

Swanberg repeats the gesture throughout, re-contextualizing on-screen nudity on-screen as nonsexual, as when Marie and Faye take off their wetsuits; they're still just changing clothes, but with relative youth to compare herself to, Marie vents her insecurity, jokingly lamenting that her breasts aren't as perky as they were. This is a woman for whom the awareness of being looked at and judged is deeply ingrained — though for all the gender-based inequities in acting, she admits that when men stopped looking at her, she lost a kind of power she'd enjoyed. It may prove to be no better for Faye, who experiences the realities of the industry firsthand when she meets with a self-involved filmmaker (Ti West).

Adams and Swanberg seem to want to extend their exploration of how life has met or not met expectations beyond Marie and her particular case, but her friendship with a neighbor and meetings with an intriguingly nerdy engineer only fumble for thematic resonance rather than grasping hold. Where the film excels is in capturing the quiet revelations in Marie's life over the few days it chronicles — revelations that represent the aftermath of choices made years before, when expectations were higher.

Adams conveys Marie's exhaustion with possibility — in acting or in love — with a wariness that speaks to years of disappointments, to a forced acceptance of a passable stability. Marie goes on, but she's caught between resigning herself to finding peace with what she has and taking the risk that comes with admitting she wants more. Sympathetic to the difficulty of that choice, All the Light in the Sky never decides which is right.