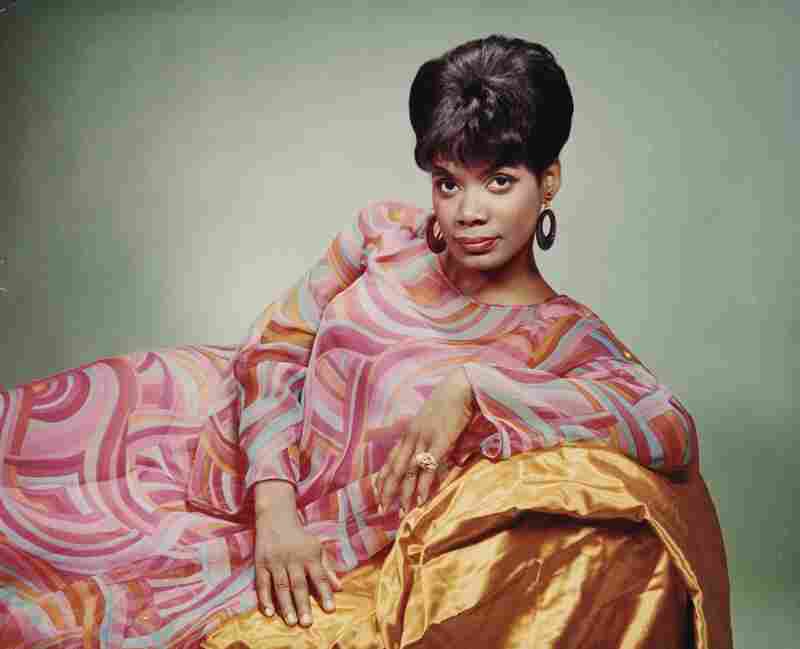 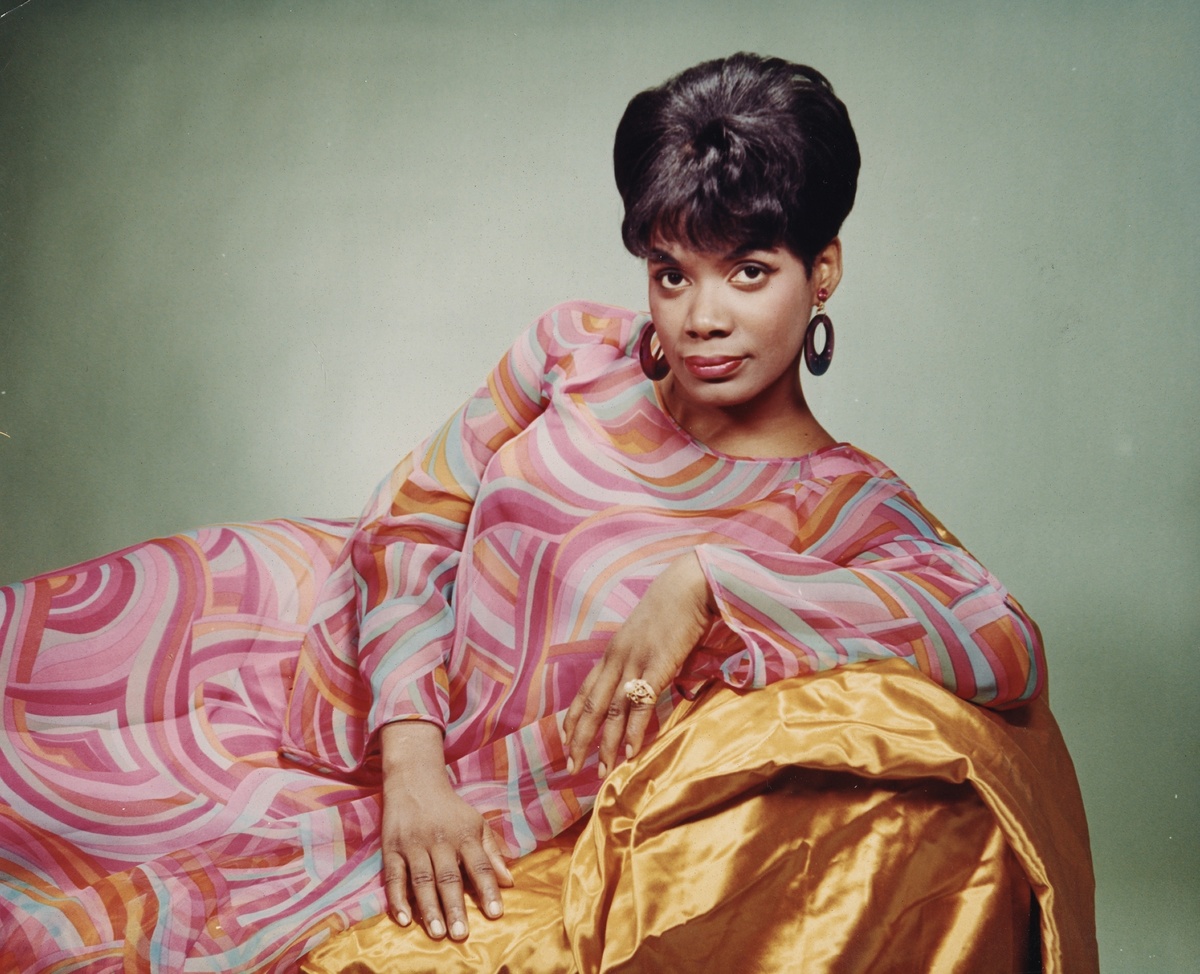 We recorded our show in Memphis, Tenn., this week, where Carla Thomas is a soul legend. Born in Memphis, Thomas scored her first hit single for Stax Records at the age of 18, and had many more, including duets with Otis Redding and other stars.

We've invited her to play a game called "Thomas, meet Thomas." Three questions about other people who are also named Thomas.

And now the game where we show royalty what it is like for the common folk. The game is called Not My Job.

Memphis is legendary for its music, and Carla Thomas is a legend in Memphis. She scored her first hit single for Stax Records at the age of 18, had many more, including duets with Otis Redding and other stars.

SAGAL: It's exciting. She was born in Memphis, she lives in Memphis, and she is known on Beale Street as the queen of Memphis soul. Carla Thomas, welcome to WAIT WAIT...DON'T TELL ME!

CARLA THOMAS: Pleasure, thank you, Peter. Thank you very much.

SAGAL: So first, your majesty, you are known as the queen of Memphis soul. What rights and responsibilities come with that title?

THOMAS: Oh, you would be surprised.

ROXANNE ROBERTS: First of all, nobody touches her nuts.

SAGAL: You carry it well. You look good in a crown and the big gown. That's exciting.

THOMAS: Thank you, thank you.

SAGAL: I mean, do you sit around and, like, issue proclamations about who has soul and who doesn't?

SAGAL: Well I, that was my next question because I was trying to figure out, you know, there's R&B, there's rock 'n' roll, and there's soul. What is soul music?

THOMAS: Well, soul is this expressive thing. You know, it comes from the spirit. And you can't sing soul music unless you have a spiritual feeling for the music, you know.

SAGAL: Right, so it's sort of like gospel music, but instead of Jesus, you're singing about sex.

THOMAS: Or hey, the lack of it or whatever.

SAGAL: Whichever, they're both inspirational.

SAGAL: Oh, wow. So if you were to say to somebody, like, if you want to know soul music, here's the first song you should listen to, where would you start, like one of your songs?

THOMAS: I would say James Brown.

SAGAL: Yeah, he had soul.

SAGAL: He had too much soul. He had a lot of soul. So you actually, getting back to the royalty theme, you actually were the daughter of Memphis royalty. Your father, Rufus Thomas. He was a...

SAGAL: He was a - I've heard he was a performer, he was a deejay. What was he?

THOMAS: Well, he started out in vaudeville.

THOMAS: And he started at an early age doing vaudeville with the Rabbit Foot Minstrels.

SAGAL: OK, now you were - you were a very young woman when you got started. You were playing with your father, right?

THOMAS: Yeah, and I didn't know, you know, what was going to happen behind that. I mean, show business was fun, but wow.

SAGAL: Well all right. I think I speak for everybody here when I say explain the wow.

THOMAS: The wow is the glitter and the glamour, which I was not really into that yet. I just loved being where my dad was.

SAGAL: You wanted to play music to be with your dad?

THOMAS: Yeah, I just wanted to be there. I loved watching him dance and sing, and even on the radio I would miss not one show.

SAGAL: Wow, and was it fun performing with your dad?

THOMAS: Yeah, I loved it. I always felt I was better when we were on the show together.

SAGAL: Sure. And you had your first hit for what was then Satellite Records, it became Stax.

SAGAL: When you were 18. So you were an 18-year-old girl with a number one hit record. What was that like? It was like Hannah Montana except it was good.

THOMAS: But it was - the wow was fabulous.

SAGAL: Now things must've gotten a little crazy during the '60s when you were singing.

THOMAS: It was wonderful.

SAGAL: Oh, you enjoyed yourself.

THOMAS: I enjoyed it, yeah.

THOMAS: Oh, great, Otis. One of the major things I would like to say about Otis Redding is when he first came and decided to sign with Stax, he sounded so much like Little Richard.

THOMAS: Yeah, he just chose all of his - because they were like oh, oh, oh, and he started singing like that. And the more he stayed here, his style became more like the bluesy things that you start hearing later like "Dock of the Bay" and that kind of song.

ROY BLOUNT, JR.: Hard to imagine Little Richard sitting on the dock of the bay.

THOMAS: With all the ruffles, right.

SAGAL: He'd just bounce around until he went into the water.

SAGAL: We - I was looking at the cover for your first single, gee whiz, and your hair is amazing.

SAGAL: If I'm not mistaken, there's one picture I saw, your hair is like at least four feet above your scalp. It's amazing. It's like...

SAGAL: It's crazy. Did you have - I mean, right now you're beautiful. You have these dreadlocks. Did you have a favorite hairstyle?

THOMAS: I loved those big afros back in that time.

THOMAS: Yeah, I loved that.

SAGAL: Like Angela Davis is what I'm thinking of, you know, just this enormous halo of hair, very intimidating.

THOMAS: But what started happening is as I got older, see, I used to never perspire, you know.

SAGAL: Oh, of course not.

SAGAL: I believe the expression goes you glow.

THOMAS: Yeah, I glowed. And I couldn't wear all that hair anymore. I'd be singing, and I'd be going...

SAGAL: Just clawing it off your face, yeah.

THOMAS: Yeah, and the eyelash would be hanging there.

THOMAS: So, you know.

JR.: Did your father give you any advice about fame or music or anything?

THOMAS: Yeah, stay out of the juke joints.

THOMAS: Yeah, but he can go in.

SAGAL: I'm going in there. I'm going to go in there to see how dangerous and immoral it is. You wait here in the car. I'll be right back. Well Carla Thomas, we've asked you here to play a game we're calling...

SAGAL: You may be the only Thomas to be named the Queen of Soul, but you're not the only Thomas in the world. We're going to ask you three questions about Thomases not named Carla, and if you get two right, you'll win our prize for one our listeners. Carl, who is Carla Thomas playing for?

KASELL: Carla is playing for Gary Hahn(ph) of Memphis, Tennessee.

THOMAS: I think so.

SAGAL: All right, you can do this. First question. Thomas The Tank Engine, anybody, hugely popular children's show, takes place on the fictional island of Sodor, where living, talking trains keep everything moving along cheerfully and efficiently. It's quite lovely.

But according to at least one scholar, the island of Sodor is really what? A, a hallucination experienced by train conductor who's gone mad; B, an elaborate retelling of the Gospels, with Thomas as Jesus; C, a horrible totalitarian dystopia.

THOMAS: Oh, is there a place for none of the above?

SAGAL: No, there really isn't. One of those things was suggested, an elaborate argument.

THOMAS: OK. I have to choose one of them?

SAGAL: You absolutely do. You should - these people cannot leave and go to the bathroom until you do.

THOMAS: I'll take the first one.

SAGAL: You're going to go for the first one, a hallucination experienced by a train conductor who has gone mad? They like that, but actually no, the answer is C, a horrible totalitarian dystopia. Shauna Wilton is the scholar's name. She points out that on Sodor, everybody is judged by how much they work, there is a strict hierarchy never broken, and people are defined by their jobs for their entire lives.

Because what do they say about Mussolini, right, fascist dictator, made the trains run on time. OK...

JR.: You're causing confusion and delay.

SAGAL: I know. We cannot have that. So now - that was Thomas the Tank Engine. You still have two more Thomases. Your next is Marlo Thomas.

SAGAL: But she, Marlo, was the star of the 60's sitcom "That Girl." In that show Marlo Thomas plays an aspiring actress trying to make it in New York City. One problem: if she lived at the address given as her address on the show, she'd be living where? A, at the bottom of the East River; B, hovering about 650 feet above the Central Park Reservoir; or C, in West Des Moines, Iowa.

SAGAL: Oh boy, that is hard.

SAGAL: You're going to go for A, a the bottom of the East River? You're right.

SAGAL: She gave her address in the show as living in the 600 block of East 54th Street, which is exactly one block off the island of Manhattan in the river. Location shooting at her apartment, very expensive. All right, this is good.

SAGAL: You have one correct with one to go. If you get this you win. Famously reclusive author Thomas Pynchon has gone to great lengths to keep himself out of the public eye. He has, however, made several appearances where? A, on infomercials for The Slap Chop kitchen, where the reclusive author acts delighted while chopping his own carrots; B, on the TV show "The Simpsons," where he's always presented with a paper bag over his head; or C, on an episode "Law and Order: SVU," where he played Ice-T's brother, Ice-P.

SAGAL: You're going to B, on "The Simpsons"? You're right.

SAGAL: He appears in "The Simpsons" from time to time. He always is shown with a paper bag on his heard. Sadly for Mr. Pynchon, though, who likes to remain anonymous, he really does a wear a paper bag over his head. So whenever he goes out now, people recognize him.

SAGAL: Carl, how did Carla Thomas do on our show?

KASELL: Carla, you had two correct answers, so you win for Gary Hahn.

SAGAL: Carla Thomas, known as the queen of Memphis soul. Thank you so much for being with us.

SAGAL: In just a minute Carl, asks for eight martinis, shaken up in a vat. It's the listener limerick challenge. Call 1-888-WAIT-WAIT to join us on air.

Support for NPR comes from NPR stations, and: Esurance, insurance for the modern world, offering a mobile app that lets users report and monitor car insurance claims at Esurance.com; Lumber Liquidators, hardwood, bamboo and cork flooring for the home handyman or building professional, more at LumberLiquidators.com; and Kobo, with eReaders and more than 3.5 million ebooks and Kobo Kids ebooks at independent bookstores, IndieBound.org.