Accessibility links
Review: 'The Empty Chair,' By Bruce Wagner Two strangers tell their stories to a wandering narrator in Bruce Wagner's new The Empty Chair. It's a pair of novellas meditating on grief, love, spirituality and the nature of storytelling. Reviewer Colin Dwyer says Wagner manages to both tease out the threads that bind the stories, and relish the spaces between. 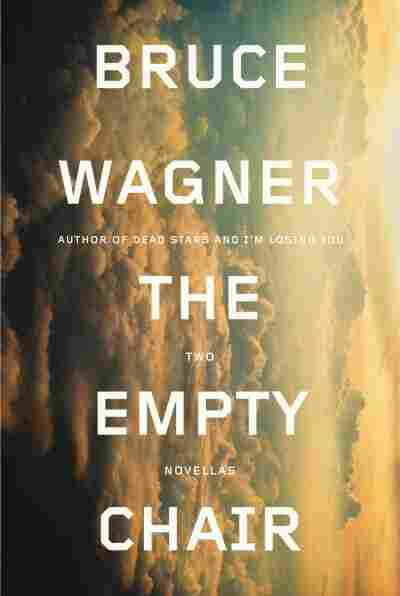 Working in radio, you learn one uncomfortable truth faster than you would have otherwise: Few things make a story more difficult to tell than having a listener expecting to hear it. A microphone can make even the most relentless gabber stammer and become self-conscious.

It's this contradiction, among so many others, that Bruce Wagner captures so elegantly in The Empty Chair. The book, split between two novellas, teems with gurus and neurotics, martyrs and perverts, but whatever their differences, nearly all of them are storytellers, too. What a shame for them, then, that someone is always listening — and what a joy for us to read. They stumble over words, lose track of thoughts, forget key details, but their stories are more human for the missteps.

In this case, the audience is a fictionalized version of Wagner — a character whom I'll call "Bruce," just so we're clear on the distinction. In a preface that reads like a disclaimer, Bruce explains that the stories told here aren't his; they belong to strangers he met during his travels. Bruce merely acts as their translator — or, better yet, a playwright with a loose touch, occasionally stepping in to offer stage directions for a pair of wandering monologues.

Wagner is at his best with the first of these strangers, an unlikely guru named Charley. A middle-aged, gay Buddhist, Charley also happens to have a wife, Kelly, with whom he's had one son. Bruce finds him in Big Sur, beating a retreat from tragedy. With its front row seat for the ocean swells, Big Sur is a fitting spot for Charley. His story reads much like a gathering wave, eddying between references to Beat poets and his wife's religious activism, before cresting and crashing on the terrible event that breaks his family apart. Charley steps closer and closer to the hard seed of his grief, and by his story's end, it's impossible not to grieve with him.

The narrative in the second novella isn't quite so sure-footed. Queenie, the narrator, struggles with depression, too, but she's handled it in different ways, self-medicating with "marathon meditating, fungal scanning, sweat lodging, Adderall XR, Feldenkrais, Tensegrity, DBT, DMT" — and, trust me, the list goes on. Like Charley, she devotes much of her story to the stories of others, adopting their voices and mannerisms. But, unlike Charley, Queenie often gets lost in her tangents, allowing the novella she leads to get swamped and slowed by extraneous details. 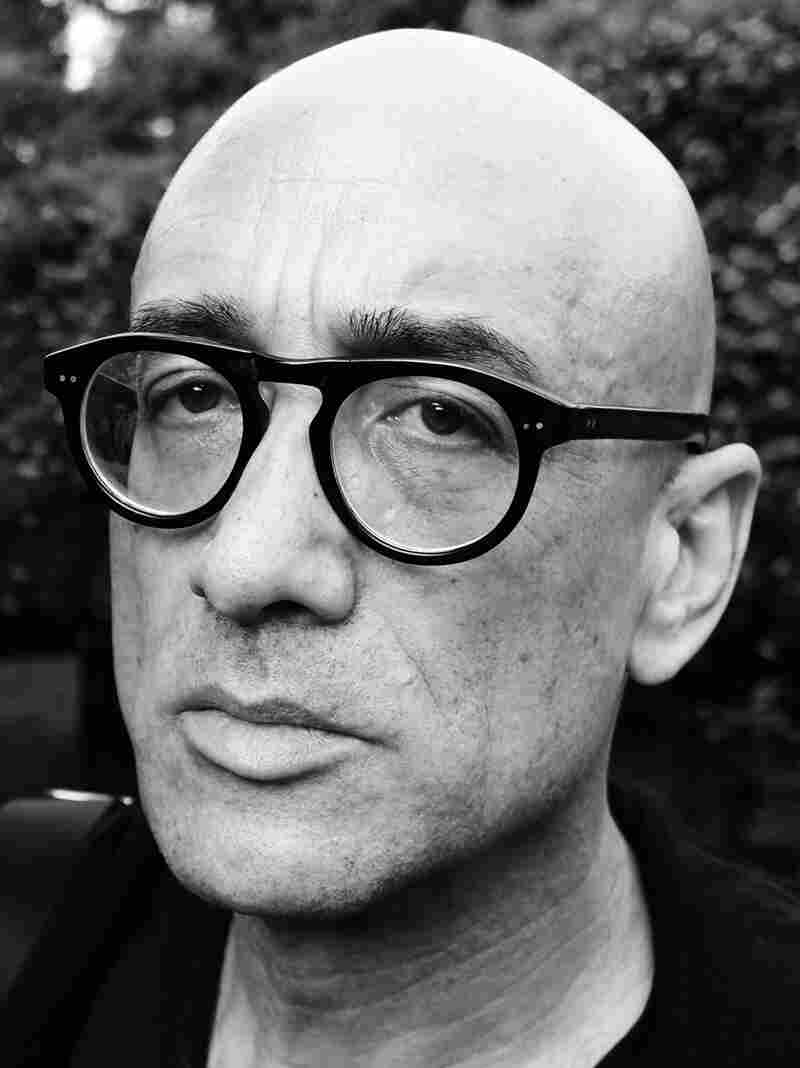 Bruce Wagner is the author of more than half a dozen novels, including Dead Stars and The Chrysanthemum Palace, which was a finalist for the PEN/Faulkner Award. Caitlin Cronenberg/Courtesy of Blue Rider Press hide caption 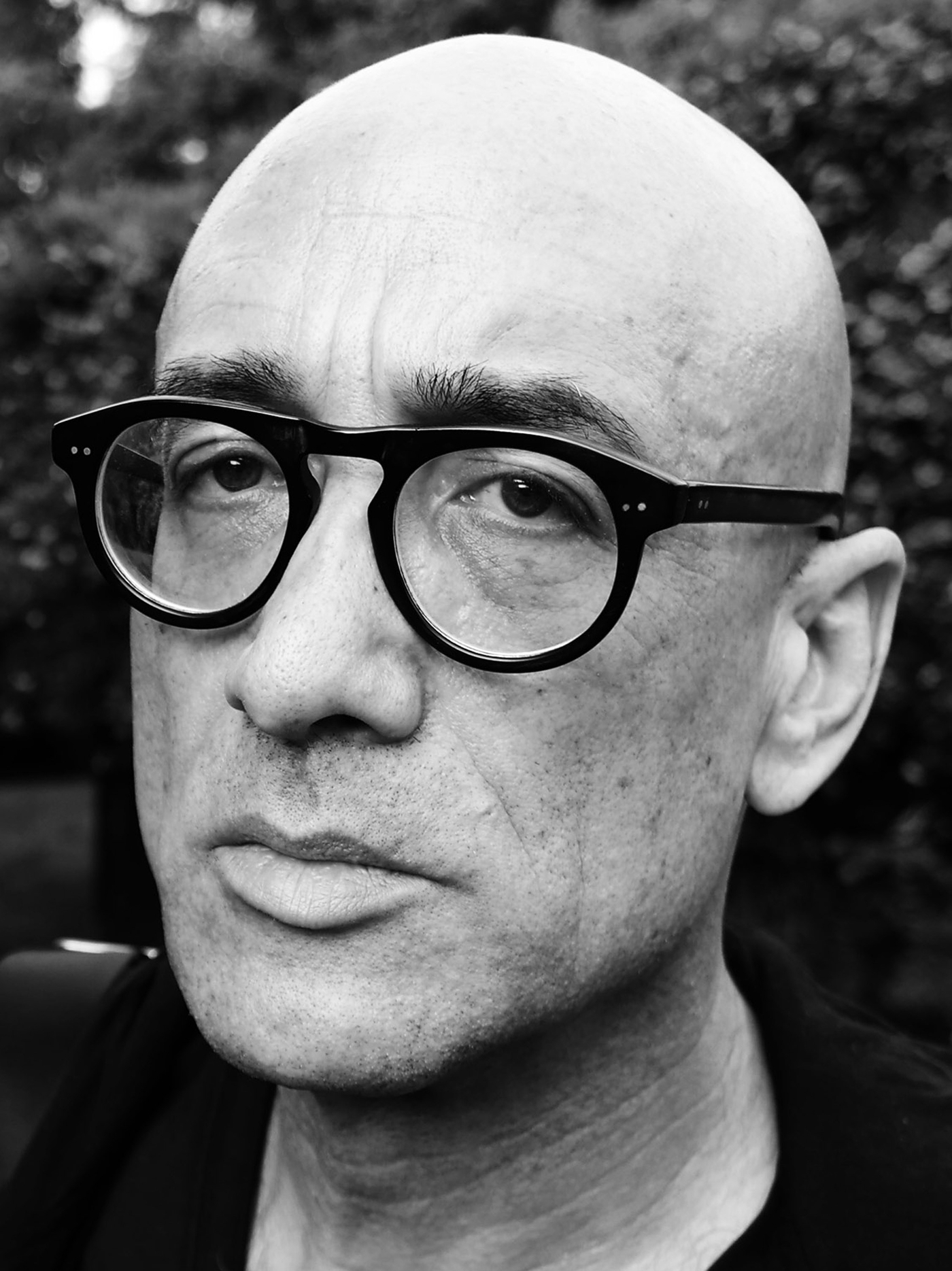 Bruce Wagner is the author of more than half a dozen novels, including Dead Stars and The Chrysanthemum Palace, which was a finalist for the PEN/Faulkner Award.

At one point, she appeals to Bruce, "But you can change things around later, no? Bruce? With the editing? You can sand down the rough edges." I'll admit, there were points that I found myself wishing that he had.

Frankly, though, these are minor quibbles. The novellas live instead in their contradictions, bringing opposing terms together again and again. Wagner mines this friction for comedy and pain — often both at once. In India, the streets swarm with "Swami Mafiosi." Queenie interrupts a dramatic moment to comment on how well she pulled it off — or would have pulled it off, had she not interrupted herself. In one devastating scene, Charley discovers divinity at the heart of trauma. And even as he and Queenie tell of their quests for self-abnegation, they become painfully self-aware in the telling.

Religion pervades this book — Roman Catholicism, mysticism, Buddhism, warts and blessings and all. But, for all the dogma, one concept stuck with me: "'Bardo' is Tibetan," Charley explains, "it means the limbo or 'in-between.'" It's here, in bardo, that this book offers the reader its pleasure and challenge. Between religions, between contradictions, and even between their various tellings, these stories grasp at something difficult to put into words.

If in the end, our trusty transcriber Bruce finds the tiny thread that binds the two novellas, Wagner, on the other hand, remains content to relish the humor and sadness of that space between.

Read an excerpt of The Empty Chair