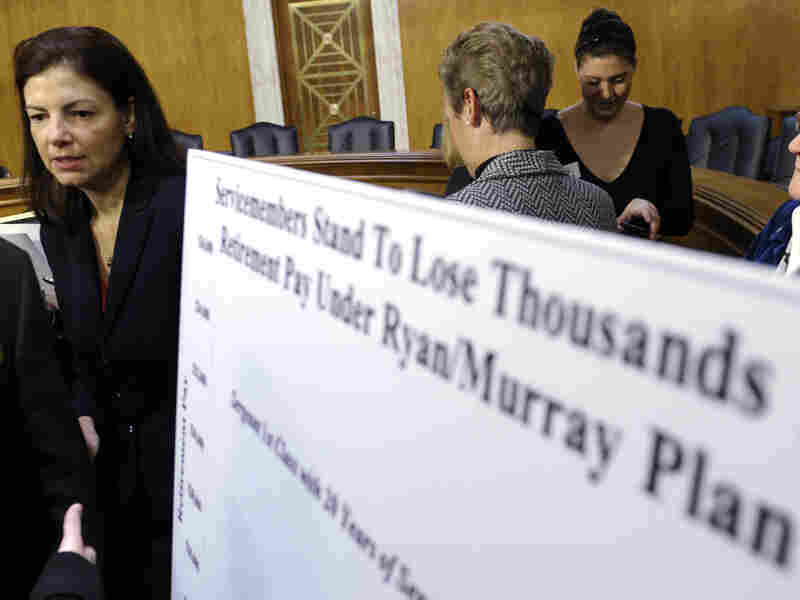 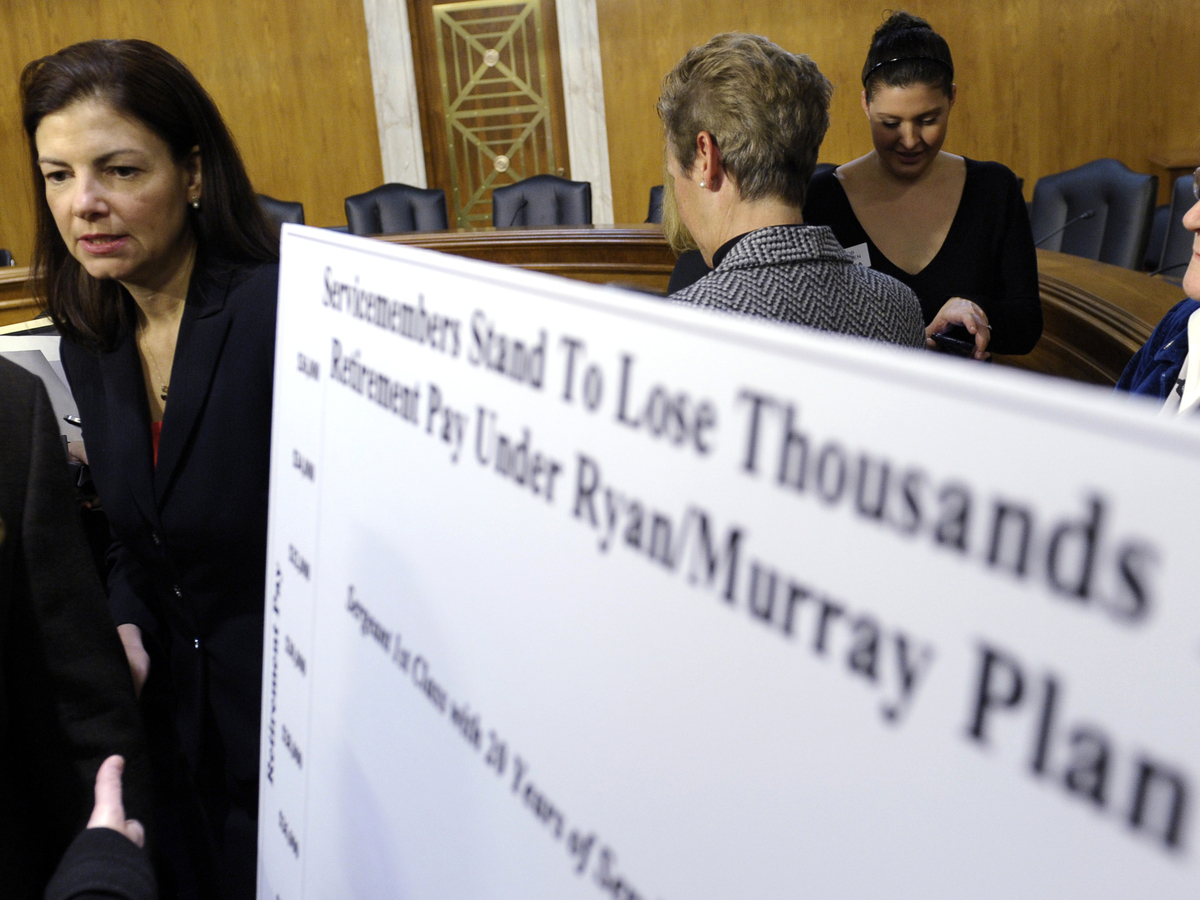 In the two-year, $2 trillion budget deal that cleared the Senate last week, one item, worth just one-sixth of 1 percent of that total, was the reason many senators said they voted against it.

That item would produce some $6 billion in savings by shaving a percentage point off annual cost-of-living adjustments, and it would apply only to military pensions. Not all military pensions — just the retirement paid to veterans younger than 62.

Even though the budget compromise spares the Pentagon another round of painful across-the-board spending cuts next month, many of the staunchest military supporters in the Senate opposed it. Sen. Kelly Ayotte, R-N.H., said it's not fair that working-age veterans have their retirement benefits reduced under the deal.

More On The Budget Deal

The Washington Two-Step: Dancing Back To Normal

Once they turn 62, veterans would receive a cost-of-living correction that would restore retirement payouts to the amount they would have been without the cuts. Still, Sen. Lindsey Graham, R-S.C., said those cuts show how insensitive the nation has become.

"Every American, Republican, Libertarian, vegetarian, Democrat: We all love the troops," he said. "But your Congress is expressing that love in a very strange way. What, how far have we fallen? Do we have no shame?"

Sen. Roger Wicker, R-Miss., wondered whether those who hammered out the deal realized how hard it would hit veterans.

"Did the conferees realize the magnitude of what they were agreeing to?" he asked.

"I would suggest that the senator ask that question to Chairman Ryan," countered Budget Committee Chairwoman Patty Murray, a Democrat, who crafted the budget deal with her House counterpart, Republican Paul Ryan. It was too late, she said, to revise it.

"Jeopardizing this deal right now only threatens our national security, and it will force layoffs of those very service members and civilian military personnel that so many members have come out here to speak for," she said.

Sen. John McCain, R-Ariz., said because the cuts kick in two years from now, the Armed Services Committee has time to replace them.

"Sen. Levin and I and all others have committed to reviewing this provision, with the outlook, at least in my view, to repealing it if necessary." McCain said.

"That is such a Washington answer," said Ayotte. "If you're serving our country right now in Afghanistan, what kind of comfort is that to you that we'll fix this down the line, after we vote for this agreement."

Many of the 64 senators voting for the budget deal also lamented that it targeted younger veterans, even those who are disabled, for savings.