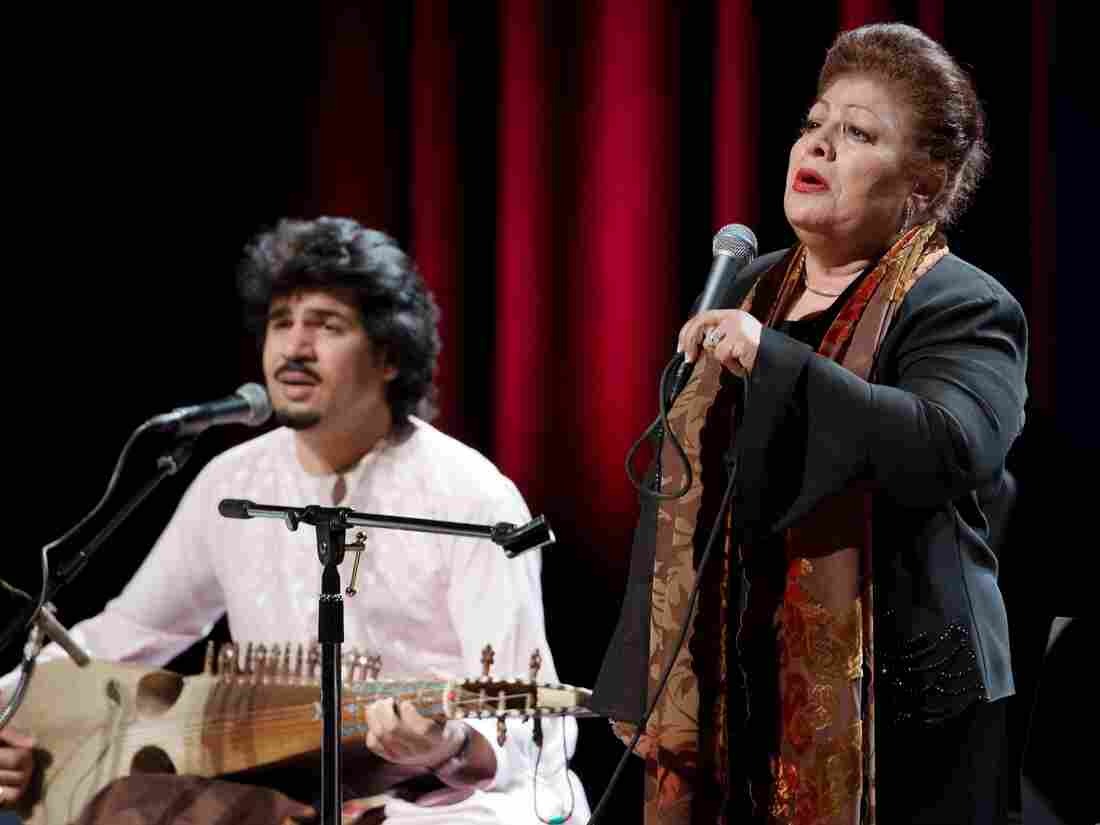 Rubab master Homayoun Sakhi and legendary Afghan singer Mahwash perform together as members of the group Voices of Afghanistan. Courtesy of the artists hide caption 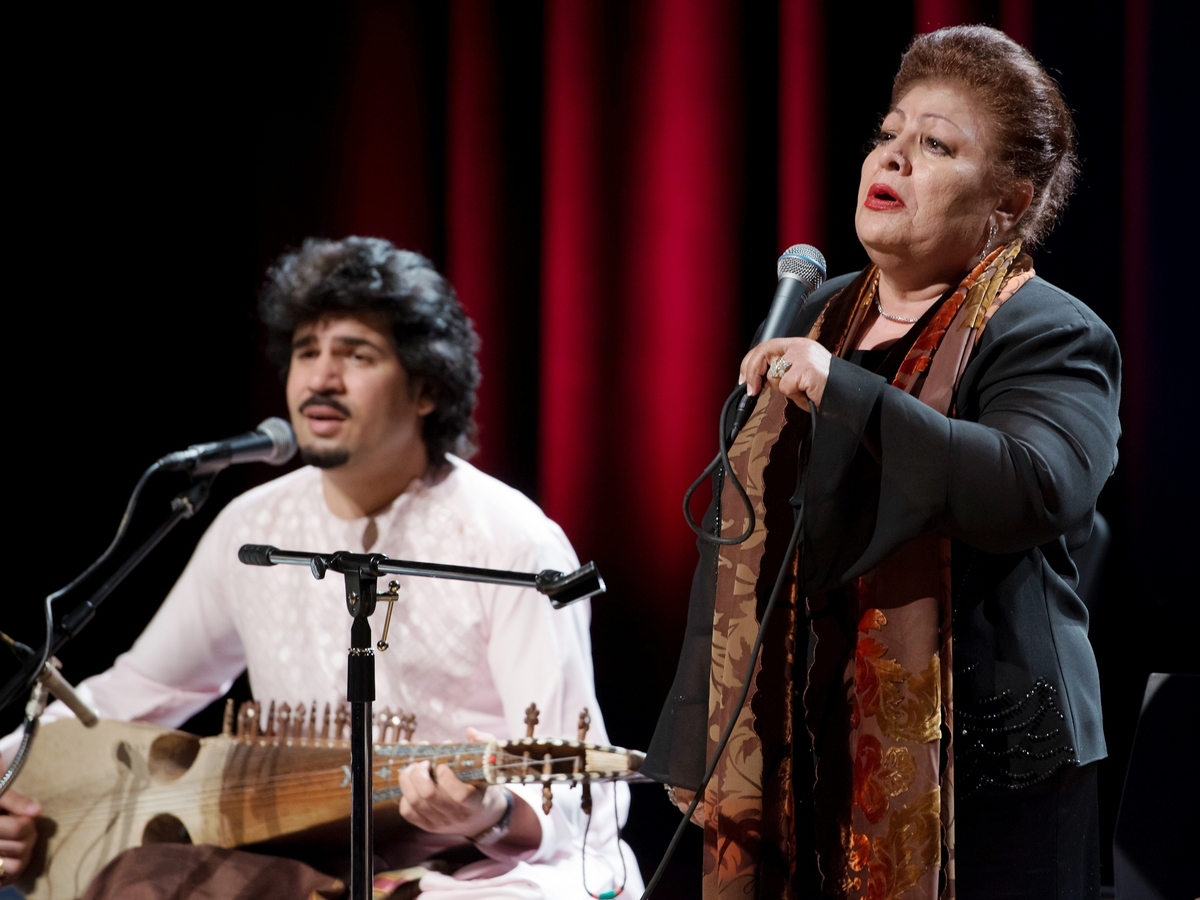 Rubab master Homayoun Sakhi and legendary Afghan singer Mahwash perform together as members of the group Voices of Afghanistan.

Voices of Afghanistan is an ensemble of Central Asian musicians from different generations and varied musical backgrounds. They share a passion for the music of Afghanistan, as well as a desire to introduce it to audiences in their present home in the U.S. Banning Eyre recently spent time with these musicians as they created their debut album, Love Songs for Humanity.

Like so many Afghan musicians, the core members of this group have fled violent conflicts at home, moving from Kabul to Peshawar, Pakistan — and, when that became a Taliban stronghold, the U.S. Most now live in Fremont, Calif., south of San Francisco, and home of Little Kabul. That community includes 65-year-old Ustad Farida Mahwash, a legend whose voice is known to every Afghan alive during the '70s and '80s. She is famous for singing ghazals, light classical love songs with beautiful melodies.

Born Farida Gulali Ayubi, Mahwash recalls listening to her mother recite the Quran. The singer says, "I got this voice from her." That may be, but hers was the voice that would matter in Afghanistan.

Ethnomusicologist Mark Slobin of Wesleyan University in Connecticut did groundbreaking fieldwork in Afghanistan in the early '70s, a relatively peaceful era there. It was the time when Mahwash became a national star. "Mahwash was part of a generation of young women who appeared in public," he says, "but more important — they appeared on the radio. And it was the radio station's director, Ustad Hafiz Ullah Khayal, who gave the young artist her stage name, Mahwash, which means 'like the moon.'

"She had been a secretary at the radio station and was discovered, sort of a Hollywood story," Slobin adds. "But we're not talking about Hollywood here; we are talking about a society that has a very low value of music, and had a very low value of the idea of women appearing in public to sing. So she went through various problems, even in the good old days — a period that is now considered the golden age."

Mahwash recalls that golden age vividly. "Men and women worked together," she says, "and people were happy." Watching the militancy and oppression in Afghanistan today, she says, "I am totally confused. I don't know where these people came from."

Mahwash's principal collaborator in Voices of Afghanistan is young enough to be her son. Born in 1976 to a renowned musical family, Homayoun Sakhi rapidly became a master of the rubab — a double-chambered lute that is the national instrument of Afghanistan. The rubab is at least 1,000 years old, but within a short time playing it, Homayoun was already inventing new techniques for it. "I was practicing every day," he says. "Eight hours, 10 hours, 12 hours, every day."

Sakhi started playing higher up the instrument's neck than anyone had before. And he developed a technique of picking in both directions. He was keen to show off his innovative bends and slides, but Mark Slobin says that this young player mastered folkloric and classical traditions before all that.

"Even as a child," Slobin says, "he made it his business to learn all the styles and just collect things from older people, and to learn from them. He's quite a repository of information. And because of this dislocation and destruction, he is sort of a walking archive himself, and a kind of national treasure."

An American producer, Dawn Elder, brought Mahwash and Homayoun together with the other members of Voices of Afghanistan. Their debut album, Love Songs for Humanity, is a mix of Central Asian art music, folklore and classic popular songs like "Zim Zim."

Speaking in her home in California, Mahwash says the album title gets right to the message these musicians want to convey. Her husband, Farouq, translates for her: "Art generally, and singing especially, it's love. I'm a messenger of love. I want to give love all over the world. Doesn't matter to me — Jewish, Christian, Buddhist, Muslim. I love humans. I have love for humans."