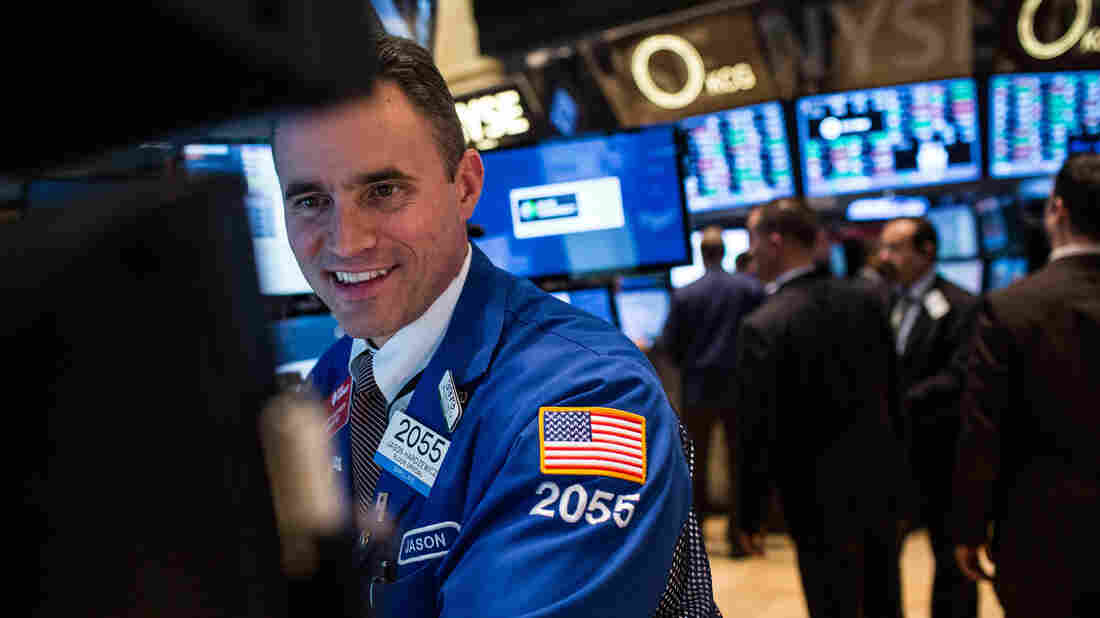 A trader works on the floor of the New York Stock Exchange in December. Economists are predicting that stock prices will continue to rise in 2014. Andrew Burton/Getty Images hide caption 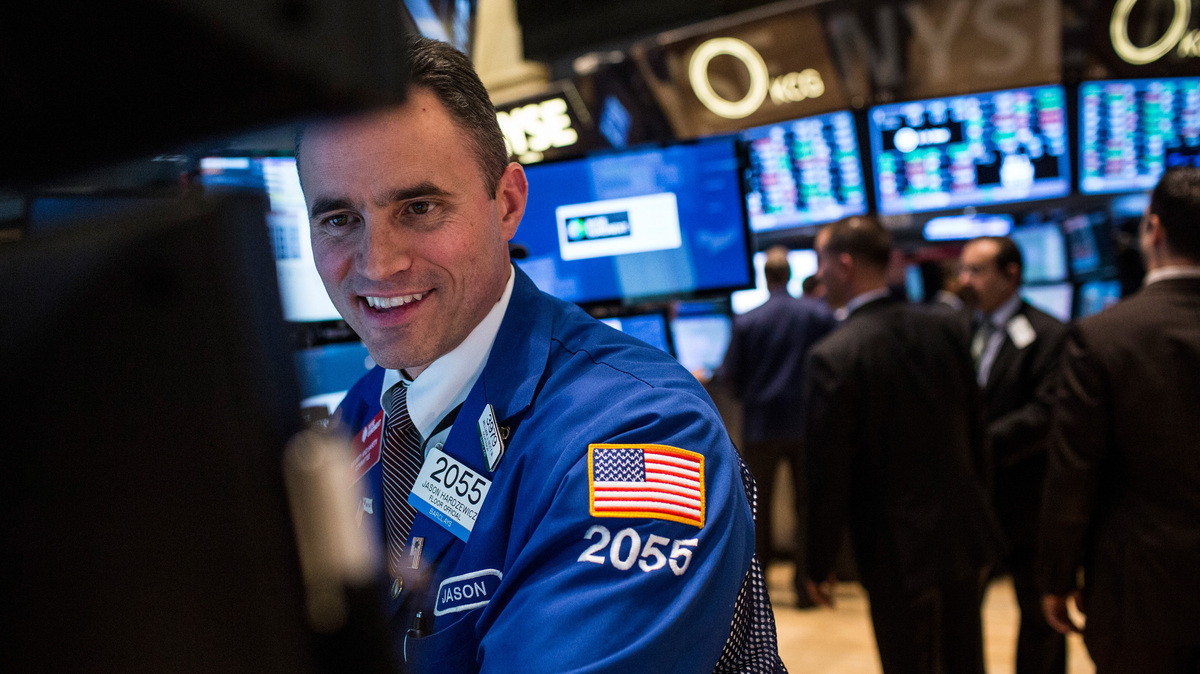 A trader works on the floor of the New York Stock Exchange in December. Economists are predicting that stock prices will continue to rise in 2014.

As the new year begins, most economists' annual forecasts are brimming with good cheer.

And the brighter prospects are not limited to this country. "The global economy is likely to emerge in 2014 with modest growth of 3.3 percent compared with 2.5 percent this year," according to Nariman Behravesh, chief economist at the forecasting firm IHS Global Insight.

So, why all the upbeat forecasts? What has changed? These are among the most commonly cited factors:

Congress may be less of an economic nuisance. In October, Congress' failure to pass a budget led to a partial government shutdown, creating uncertainty for federal workers and contractors. But a budget compromise approved in December has reduced chances for another disruption. "The drag from fiscal policy will be less, allowing underlying strengths in the economy ... to become more visible," Behravesh says.

Stock prices keep heading higher. JPMorgan's stock strategy team predicts that investors will see more gains as pent-up demand drives home and auto sales. Also, corporations will continue to have strong balance sheets, and central banks around the world will keep interest rates low in the new year. All of that will bolster profits. "The fundamental cornerstone of a bull market is continued profit growth," the team writes.

Interest rates are still low. The Federal Reserve will take steps to nudge rates a bit higher, but the change will be gradual. "We believe that a more normalized environment, where rates move toward 5 percent, may be several years away," according to Vanguard's 2014 outlook.

Because of those positive factors, the gross domestic product, a broad measure of growth, is widely expected to rise. The Fed set its growth prediction for 2.8 percent to 3.2 percent next year. Such a pace would feel good, given that the economy mostly has been chugging along at a much slower 2 percent throughout the recovery.

Out Like A Bull: 2013 Was A Banner Year For Wall Street

Of course, not all economists are as enthusiastic about 2014's prospects. Lindsey Piegza, chief economist for Sterne Agee, writes that growth likely will slow a bit in 2014 "because the consumer remains under pressure from a lack of quality job creation and minimal wage growth."

But most forecasters are more in line with the optimists, including Jerry Jasinowski, an economist and former president of the National Association of Manufacturers. He says that while the economy does face risks, the good indicators are growing.

"You don't need to be a Pollyanna to see sunshine in those numbers," he writes in his outlook. Despite lingering problems, "the New Year looks promising."